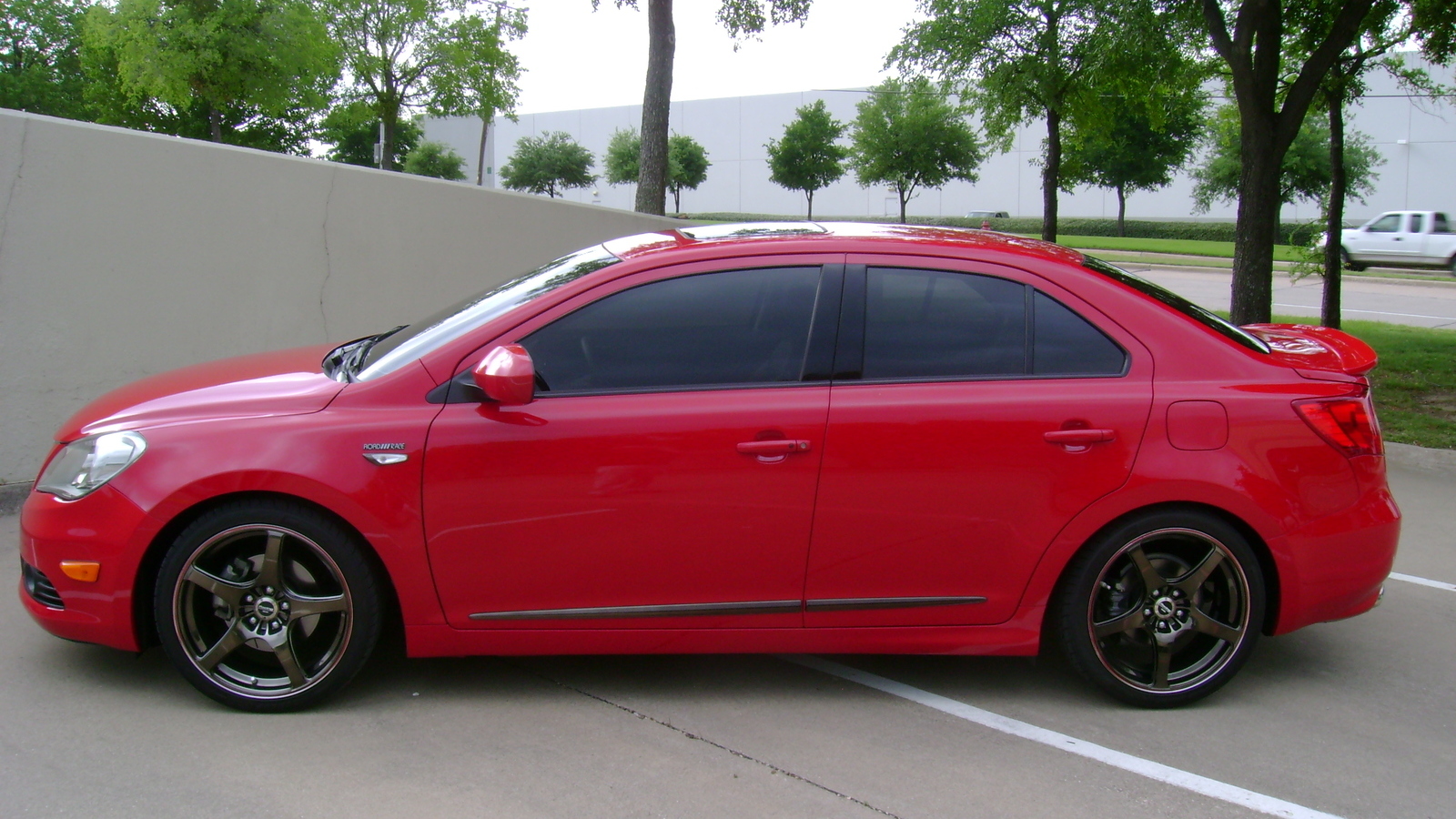 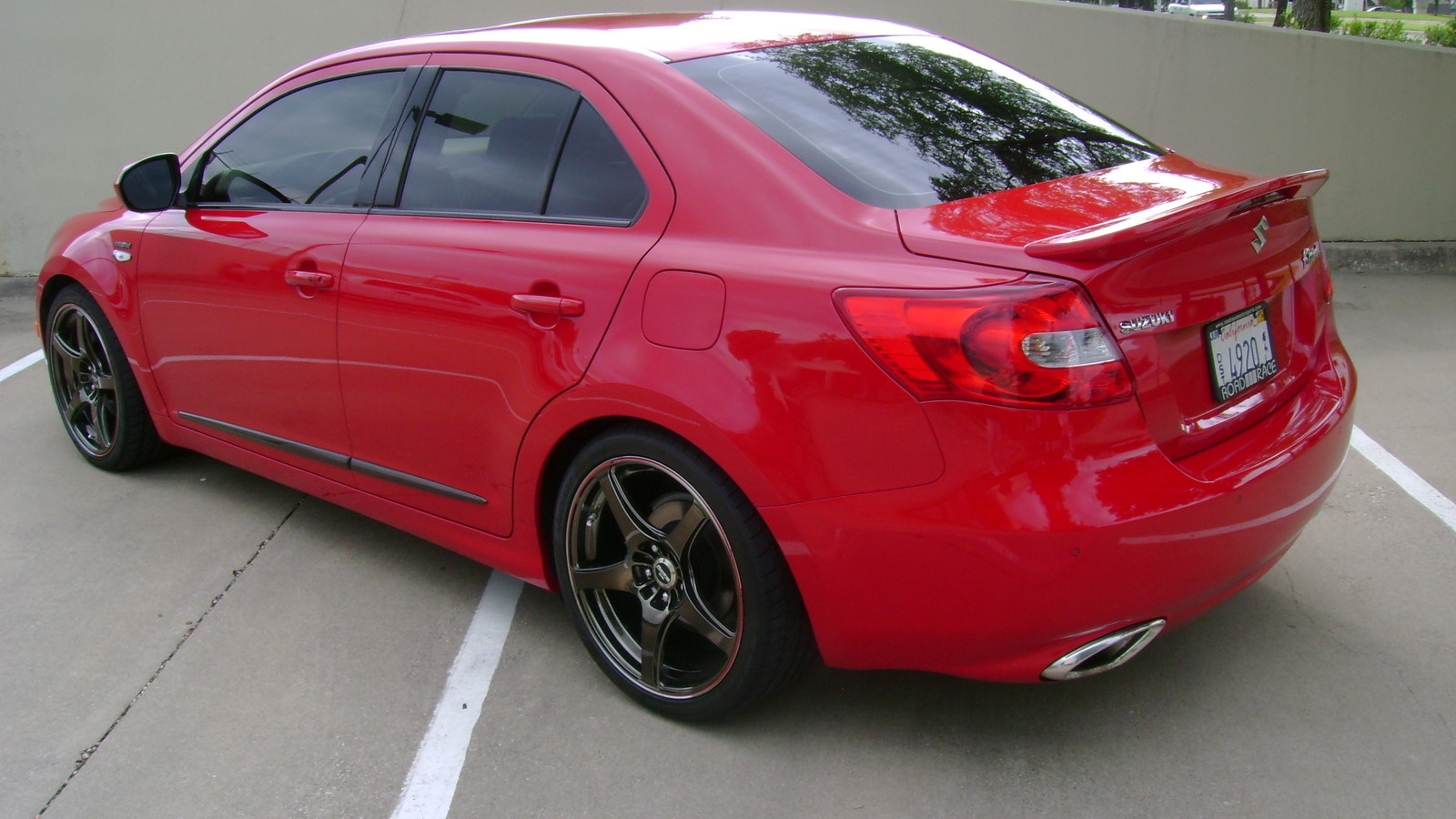 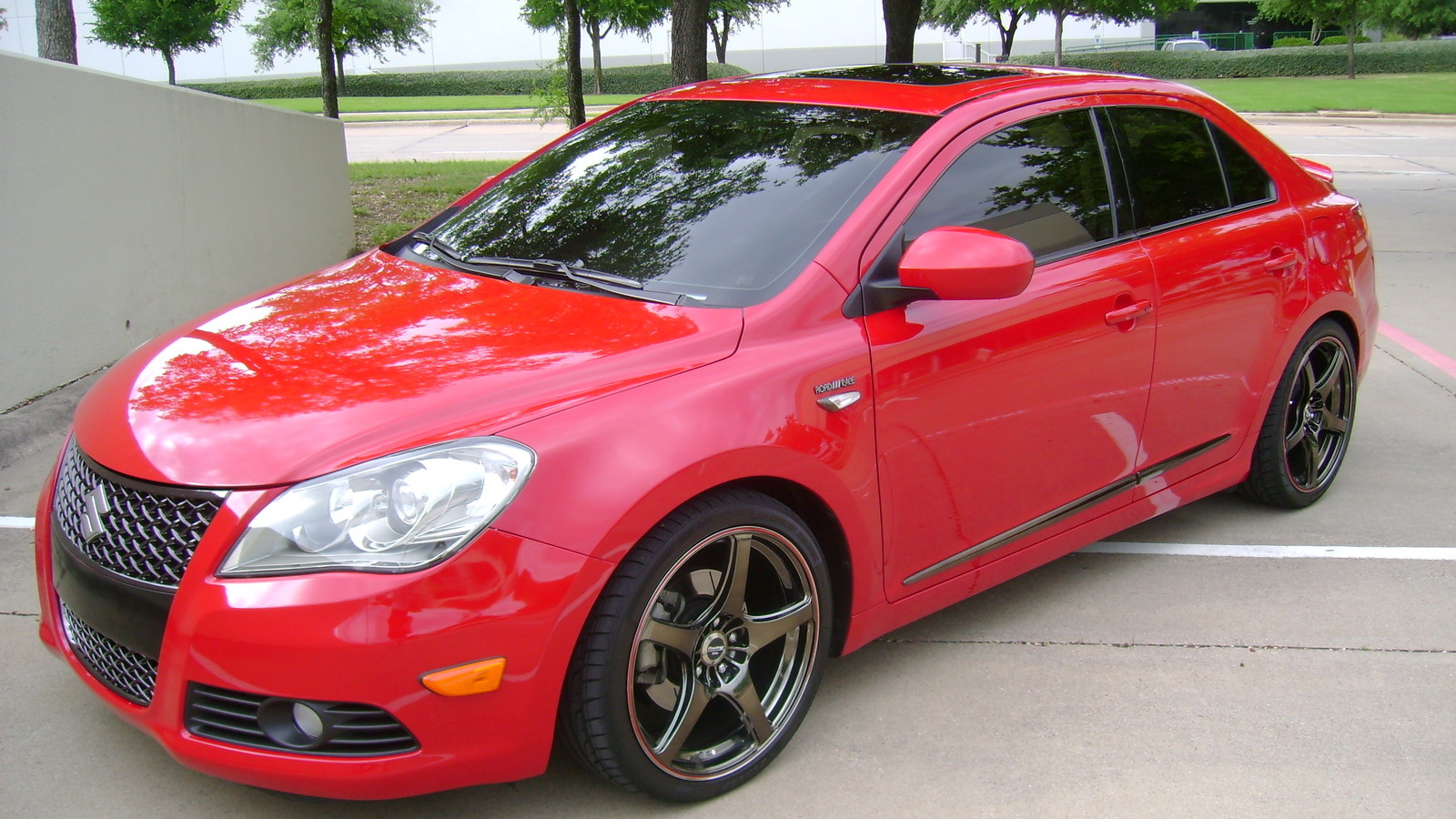 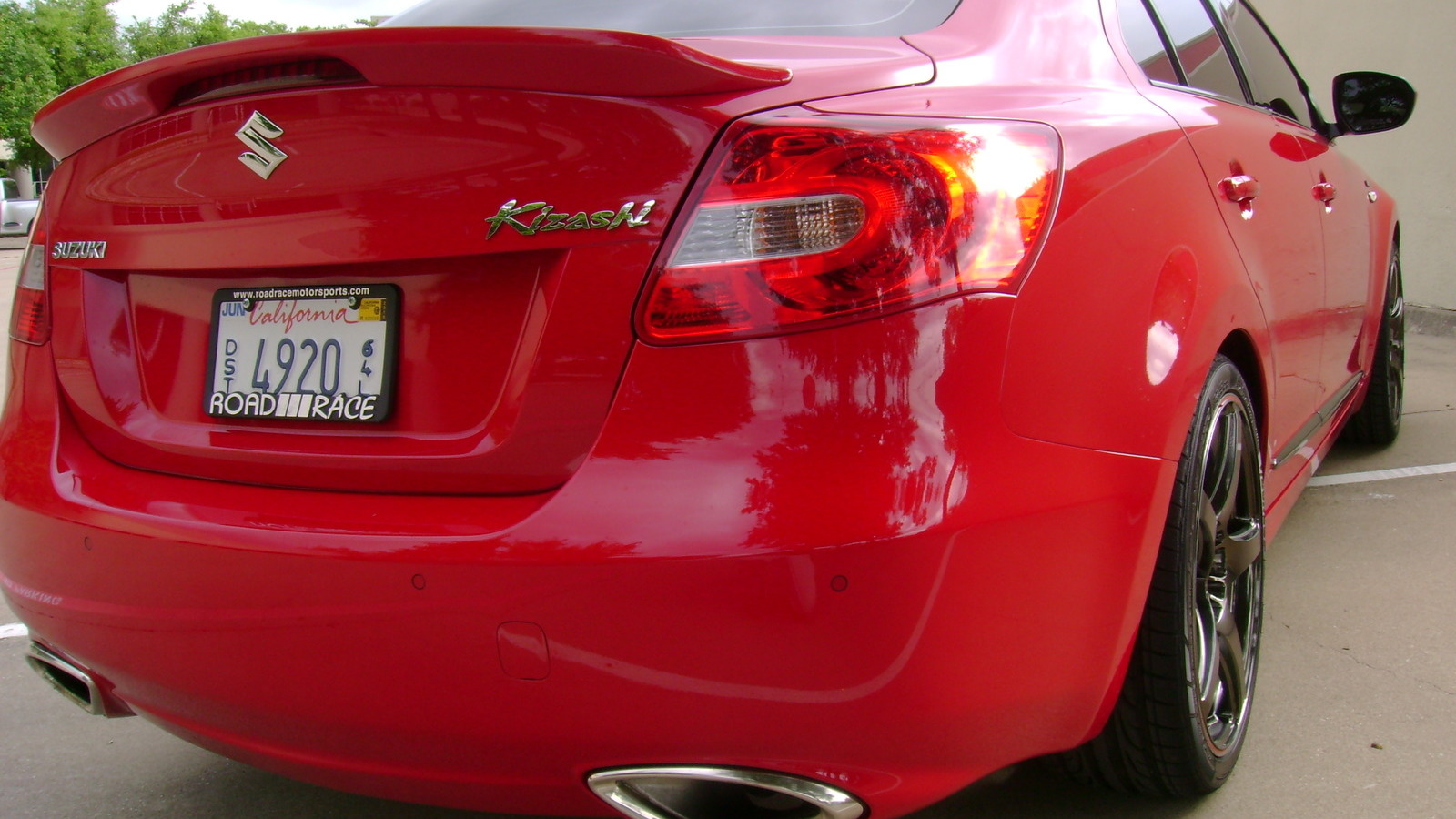 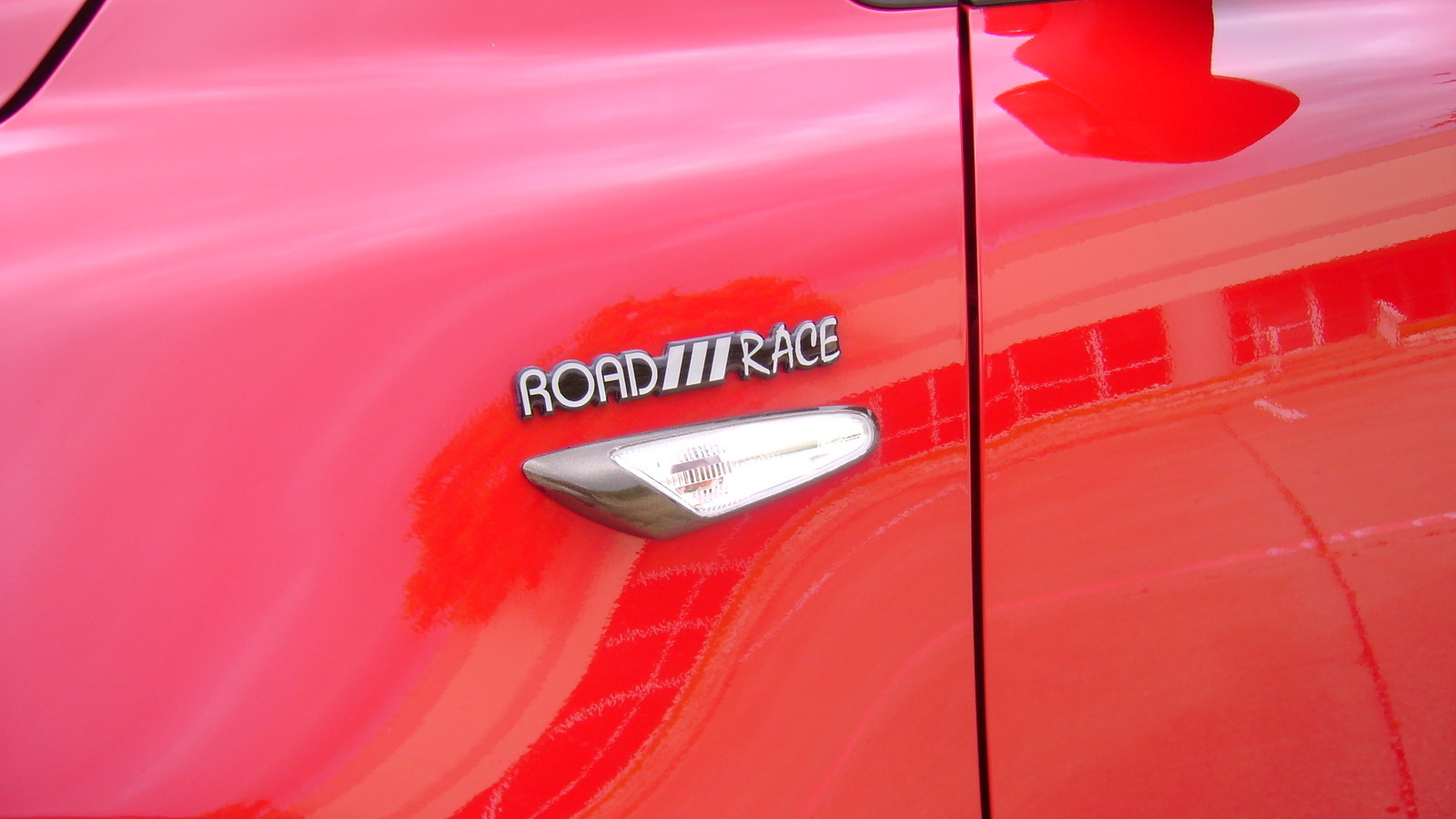 Die-hard enthusiasts aside, the hot hatch has never taken off in the U.S. the way it did in Europe--but turbocharged sedans have proven successful, as Subaru and Mitsubishi will attest. So the latest concept out of Suzuki, a 290-horsepower turbocharged version of the Kizashi, holds an especially tempting allure of possibility.

So far it's only a concept, but with the V-6's demise due to the collapse of an engine-sharing deal (and the Kizashi Sport's rather disappointing appearance-only package) the possibility of a turbocharged Kizashi carries at least the aroma of reality. It might not end up exactly like the tuner-special concept car, but as long as the engine is near the same and Suzuki pays close attention to the suspension setup, color us highly interested.

The Kizashi Turbo Concept features a 290-horsepower turbo version of the sedan's four-cylinder engine. Boost is provided by a 16G turbocharger, moderated by a Road Race Sleeper blow-off valve, sucking air through a Velocity intake. Custom engine management and new fuel injectors extract the most from the boosted airflow, and an equal-length turbo header helps it keep breathing. Power isn't the only upgrade to the Turbo concept, though.

Suspension upgrades include a set of Road Race sport springs, and Suzuki added a Delta Tech spoiler for (ostensibly) improved high-speed airflow, while 19-inch wheels are wrapped in Dunlop rubber for more grip.

The Kizashi Turbo is also the subject of a "Test Drive" episode with racer Tommy Kendall taking the car for a workout at High Desert's Willow Springs raceway in California. Checkout SPEEDtv's site for more info on the show, and catch the Kizashi segment below.