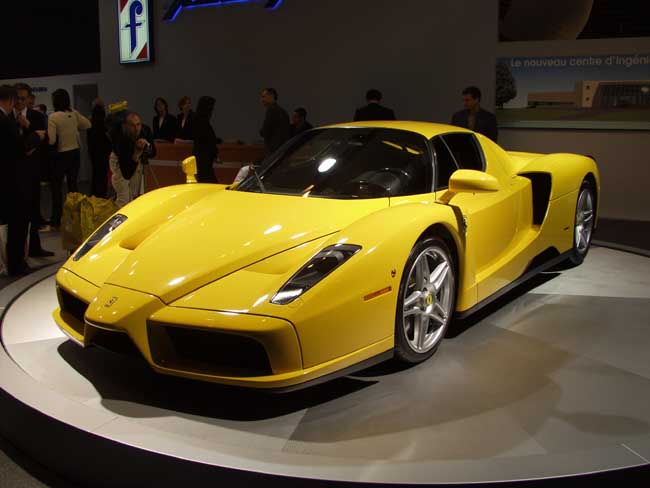 It’s now been almost seven years since the Enzo supercar first entered production, during which time Ferrari has released a number of new models and technologies. More recently we’ve seen the introduction of the California GT and 458 Italia, along with the automaker’s first dual-clutch transmission, but come 2012 we’ll be seeing a replacement for the legendary supercar sitting in Ferrari showrooms across the globe.

The information was revealed today during Fiat’s company-wide restructuring plans, which included the confirmation of six new Ferrari model introductions between now and 2013.

The first new model will be a 458 Spider, a convertible version of the 458 Italia due in 2011. This will be followed by the replacement for the aging 612 Scaglietti, which was spied recently testing in prototype form. The new GT will stick with a V-12 engine but will be much more efficient than the model it replaces. It will be launched next year as well.

As mentioned, the replacement for the Enzo supercar will arrive in 2012. The Enzo successor is reportedly being called the F70 within Ferrari and is being tested with two very different powertrains. One option is a smaller twin-turbo V-8 engine said to be outputting around 700 horsepower and the other is a twin-turbo V-12 unit with an additional 50 to 100 horsepower.

While Ferrari would like to keep a V-12 engine for its new flagship model, tough emissions standards planned for Europe may end up causing engineers to add the smaller twin-turbo V-8 to the car, essentially making it the true successor to the original F40, which was powered by a similar engine set-up. Expect plenty of active aerodynamics on this model and a significantly lighter kerb weight than the already lithe Enzo.

Also due in 2012 will be the replacement for the 599 GTB Fiorano. Few details are known about this model but expect it to keep its front-engined layout and V-12 powerplant. One major difference is that the 599 is now grouped under Ferrari’s sports car portfolio (458, 599 and Enzo replacement) and not its grand tourer group (California and 612), so expect the new model to be much more performance-focused than the original 599 GTB.

Moving forward to 2013, we’ll see the introduction of a facelifted version of the California as well as a hardcore version of the 458 Italia that will possibly pick up the Scuderia tag.