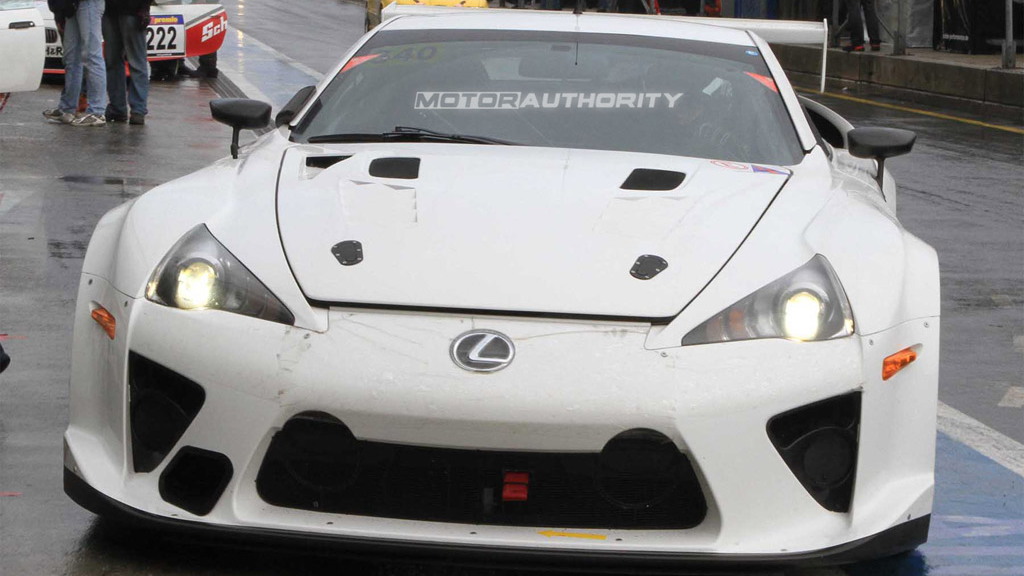 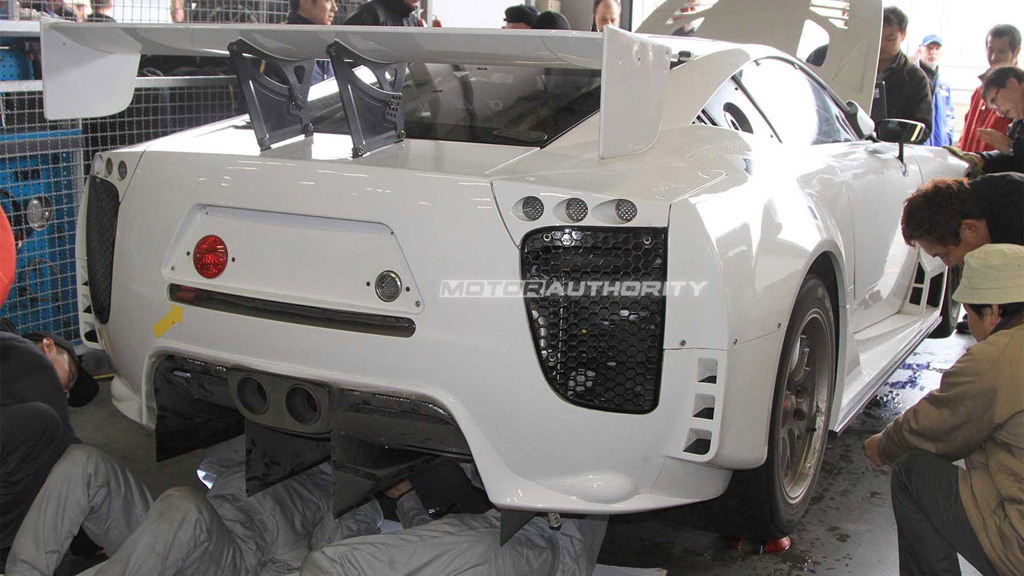 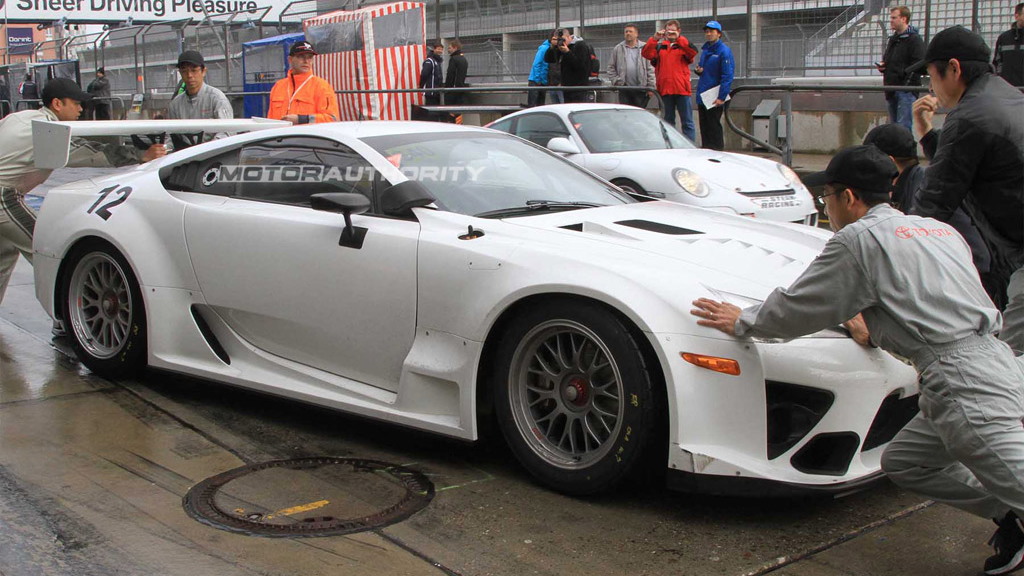 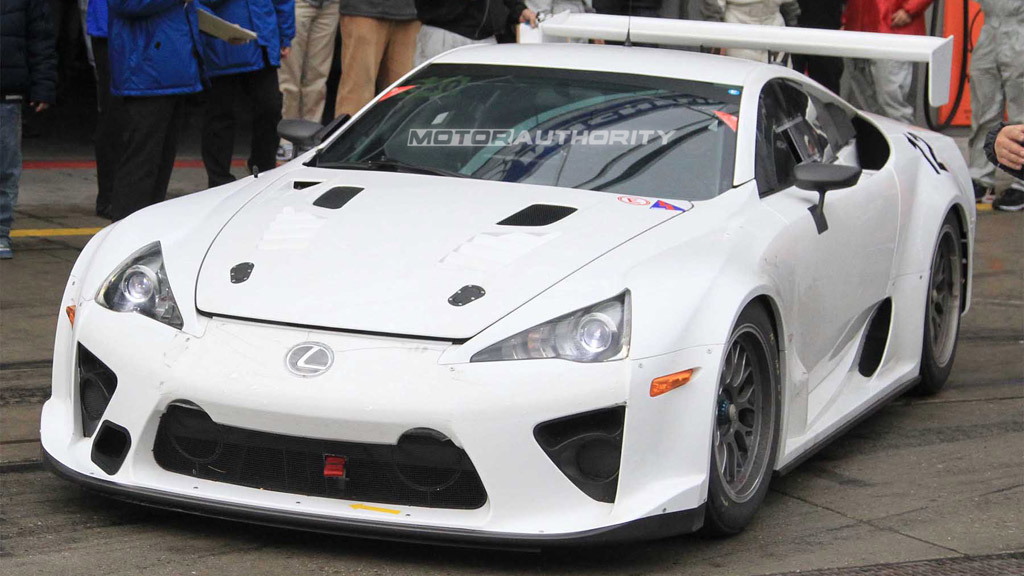 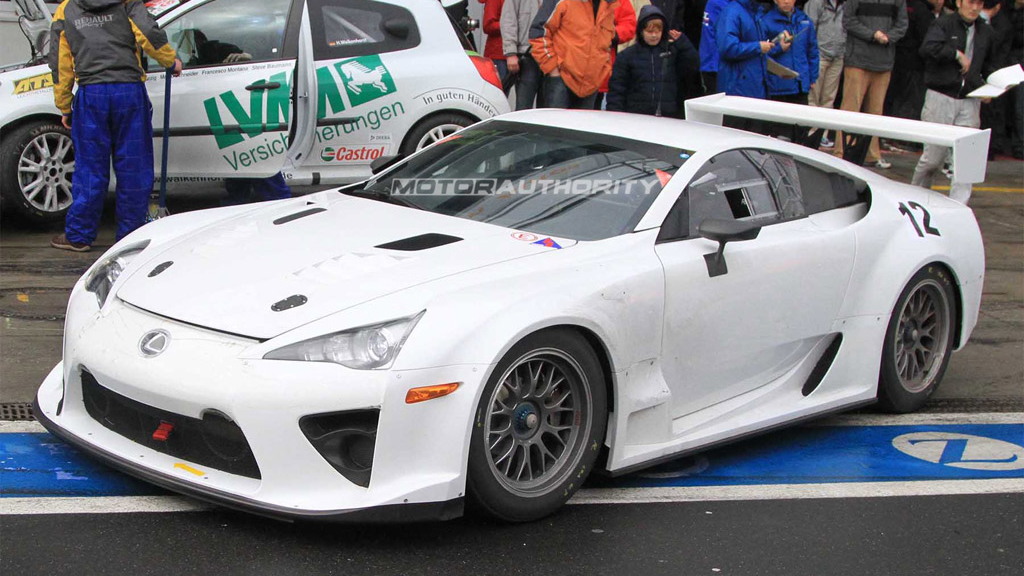 Lexus has already shown off its new LFA race car that it plans to field in this year’s Nurburgring 24 Hours endurance race, which takes place on May 13, but now we have live shots of the car taken while it was undergoing testing at the famous circuit.

Lexus claims the car is essentially a production 2011 LFA but from these images we can ascertain that there will be at least some major differences, especially to the car’s body. The LFA race car seen here is significantly wider than the production model and it's been fitted with a number of extra intakes. There are also more aerodynamic aids, such as the rear diffuser and fixed GT wing.

No changes have been made to the powertrain, reportedly, which means power comes from a 4.8-liter 72-degree V-10 engine that’s rated at 552 horsepower and 354-pound-feet of torque.

The upcoming Nurburgring 24 Hours endurance race will be the first time the production LFA is seen in full-blooded competition, taking on one of the world’s most challenging circuits in a test of speed, handling and durability. In the two previous outings in the event, the LFA prototypes were raced primarily to help hone performance and handling.

Running the cars will be Gazoo Racing, which has organized a team of four Japanese and three German drivers.