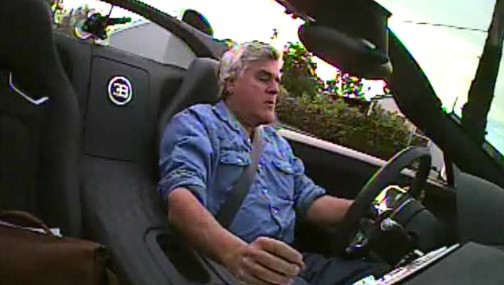 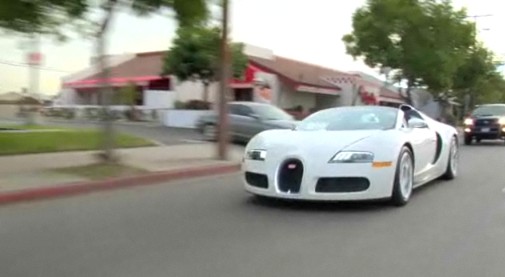 Okay, okay: we owe you an apology. That post from yesterday? The one about Snooki from Jersey Shore? That was completely cruel and uncalled for. Half of you probably didn't even know who Snooki was when you clicked through from Twitter or Facebook or whatever. How could you have known what lay on the other side of the link? It must've come as a terrible shock.

To make up for shoving an oversexed Oompah-Loompah in your virtual faces, we're doing some penance today by showing you one of the world's most beautiful cars: the Bugatti Veyron. No, it's not everyone's cut of tea, and owning one is ridonkulously expensive, but who can argue with 1,000hp?

There is one drawback to the video below, though: you'll have to watch Jay Leno talk about the Veyron and subsequently drive it. Given all the hoo-haa going on in late night television these days, that might be more than some of you can stand. Although on the upside, now that Jay's tackled the Veyron -- basically, every gearhead's dream -- he might shutter his garage for a while. Like, what's left for the guy to do? (Aside from stabbing his friends in the back and slinking back to talk show land, that is.)

P.S. It is ironic and stuff that Conan O'Brien had a Bugatti Veyron on his show just last week, right?

P.P.S. Why is Jay always motoring through the strip malls of Burbank in his Beverly Hills rides? Where the bejeebus does the guy live?