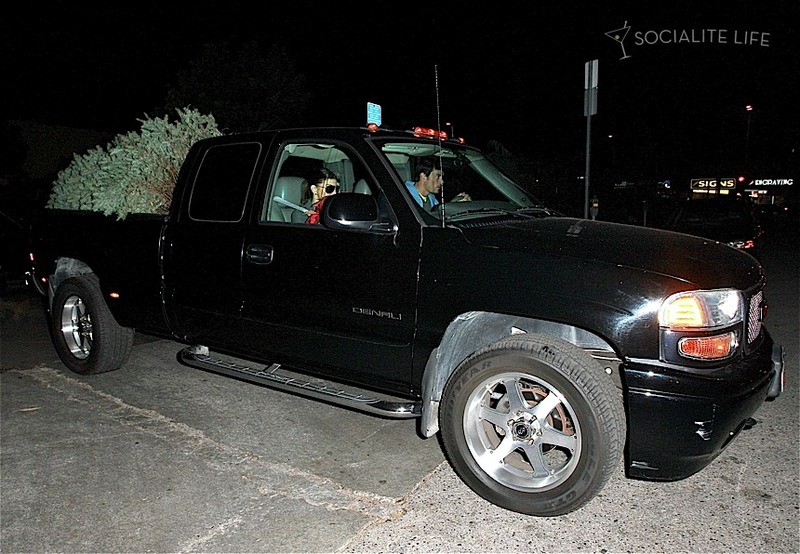 You know what? We don't really care about the private lives of celebrities. As long as they're not hurting anyone or holding their spouses hostage, they can do whatever they damn well please.

So Josh Duhamel's nutty stripper mistresses, Fergie's bisexual longings: none of that interests us. As far as we're concerned, they're just a nice, normal, celebrity power couple -- and to prove it, we submit this shot of the lovebirds out for a drive in Josh's GMC Sierra Denali, picking up a six-foot centerpiece for their pagan holiday celebrations.

Okay, move along now, nothing to see here except Josh's ginormous nether region. Which of course doesn't interest us either, although it does debunk our theory that Denali drivers are trying to compensate for something.