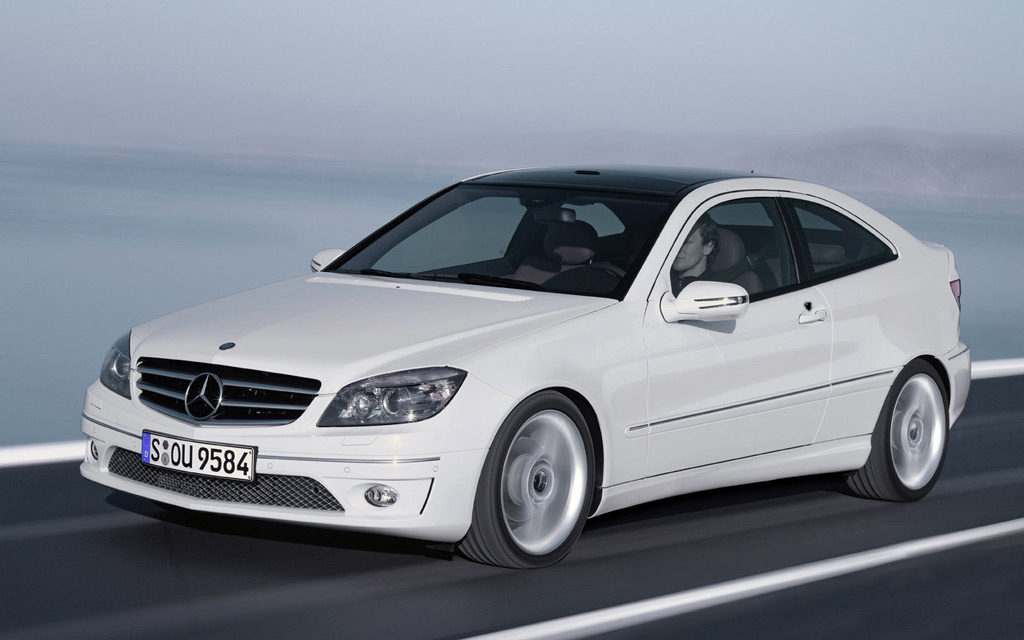 The switch in nomenclature from the CLK to the E-Class Coupe made a bit of a stir when word began to leak last year. And then, the issue was broken back open when it was revealed that the new E-Class Coupe is actually based on the C-Class platform--much like its CLK predecessor. So what, then, of a true C-Class Coupe?

The CLC-Class (pictured) is the current offering in that segment, but it's a three-door liftback and based around the older C-Class Sportcoupe. Though it has undergone a major revamp, it doesn't really match the new lineup and will likely need to be replaced by the time of the mid-cycle refresh of the current C-Class due next year.

Instead, Mercedes-Benz is likely to drop the CLC in favor of a new C-Class Coupe but don’t expect a convertible. According to latest reports, Mercedes-Benz is unlikely to offer a drop-top version because of the lower price range the C-Class Coupe is expected to exhibit and the short life-cycle of the new model, which is expected to be just four years.

At this point it's all speculation, as Mercedes-Benz hasn't confirmed the existence of any plans for a new C-Class Coupe. If it does come along, however, expect powertrain options to fall in line with the rest of the C-Class, including a range of four and six-cylinder gasoline units and, outside the U.S., diesels.

The new C-Class Coupe is expected to be launched in 2011 and be followed by its successor, which will be based on the next-generation C-Class, in 2015. Click here to see a rendering of the car.