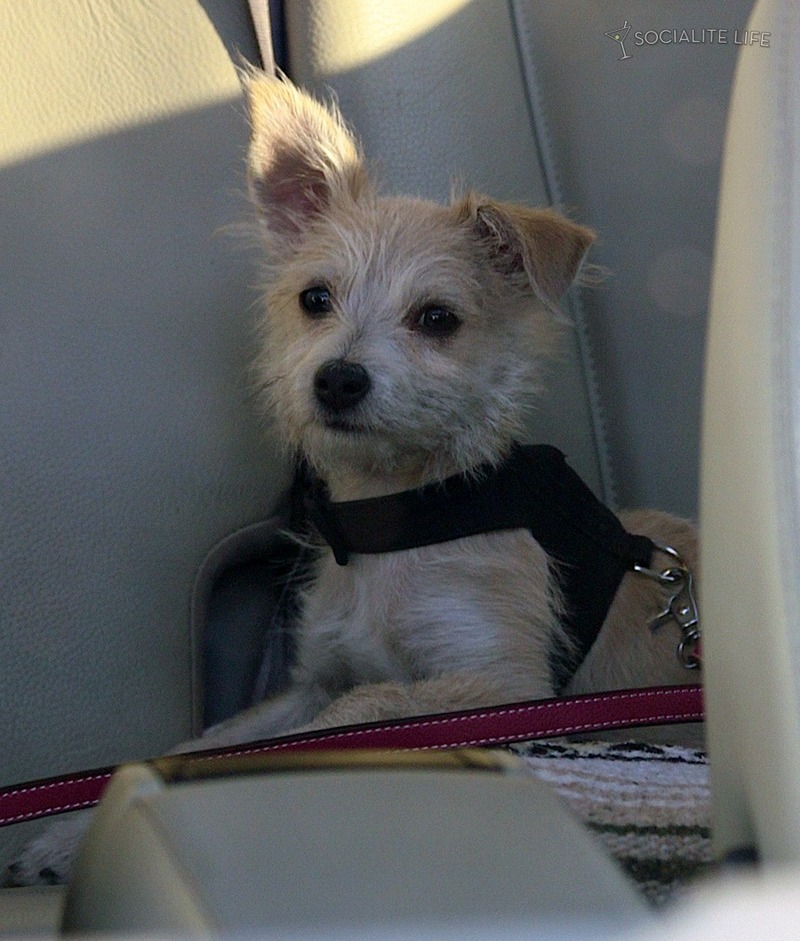 Over the weekend, we stumbled across this photo of a cute little mutt*, sporting a full harness and a leash and left in someone's back seat. According to reports, the dog belongs to one Kate Beckinsale:

Kate Beckinsale spent hours inside the Byron Tracy Salon on November 19, 2009 in Los Angeles, California while her poor little pup sat in the car the whole time. Kate also left all the windows up, no water, his leash and harness on.

We're not entirely sold on Ms. Beckinsale's acting talents, but we assume that she's a reasonably smart, sensitive woman who enjoys rainbows and pina coladas and occasionally unicorns and reaps no joy at all from mocking the homeless or running sweatshops with prepubescent laborers. In other words, she's probably a sensitive person who had a perfectly good reason for leaving her dog in the car for hours -- such as:

♦ After five years of matrimony, Kate's hoping to attract some extramarital attention. Item #1 on her to-do list? Cesar Millan.

♦ Puppy had a rough week and Kate thought he'd enjoy spending some downtime lounging on rich Corinthian leather and eating bonbons. Only she forgot the bonbons.

♦ Kate had no idea that having her long, luxurious tresses cut and dyed and styled would take a full two hours. Because, you know, she doesn't have that done every single week of her life or anything.

♦ Kate gave puppy a cellie and told him to call if he needed anything, completely forgetting that puppies are lousy when it comes to iPhones. Also: he doesn't speak English.

♦ She is a complete and utter idiot.

* We use the term "mutt" metaphorically. Given Kate's celebrity status, we're sure that dog as is a purebred as Queen Elizabeth.