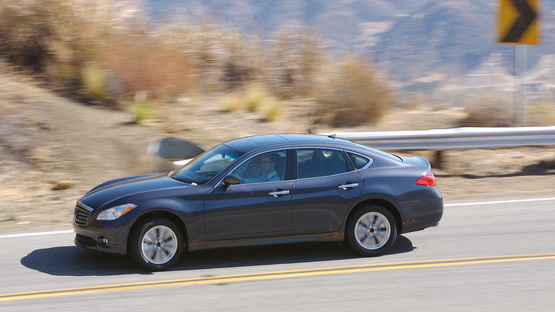 Women are more attentive to details than men. Or so says Infiniti, as the carmaker is on a hiring jag to add more women to its quality control process in order to assure the fit and finish of the redesigned M sedan meets its high goals.

Such gender-specific abilities aren't frequently discussed, much less exploited, in the modern workplace, but apparently Infiniti and its parent company Nissan have found something they think will help them hit a home run with the next M.

The hiring drive will be primarily at the Tochigi Nissan/Infiniti plant near Tokyo, so perhaps the different abilities Nissan has pinpointed are more appropriately described as acculturated than inherent. According to Nissan, the advantage to using women as final quality control inspectors is that they are more sensitive and attentive to detail.

It's an interesting move, and if anything, it says a lot about Nissan/Infiniti's desire to get the M product exactly right, and to move its battle with the best Europe, the U.S., and other Asian makers have to offer up a notch.

Check out more about the 2011 Infiniti M here, including its first-ever virtual reveal at the 2009 Pebble Beach Concours d'Elegance.