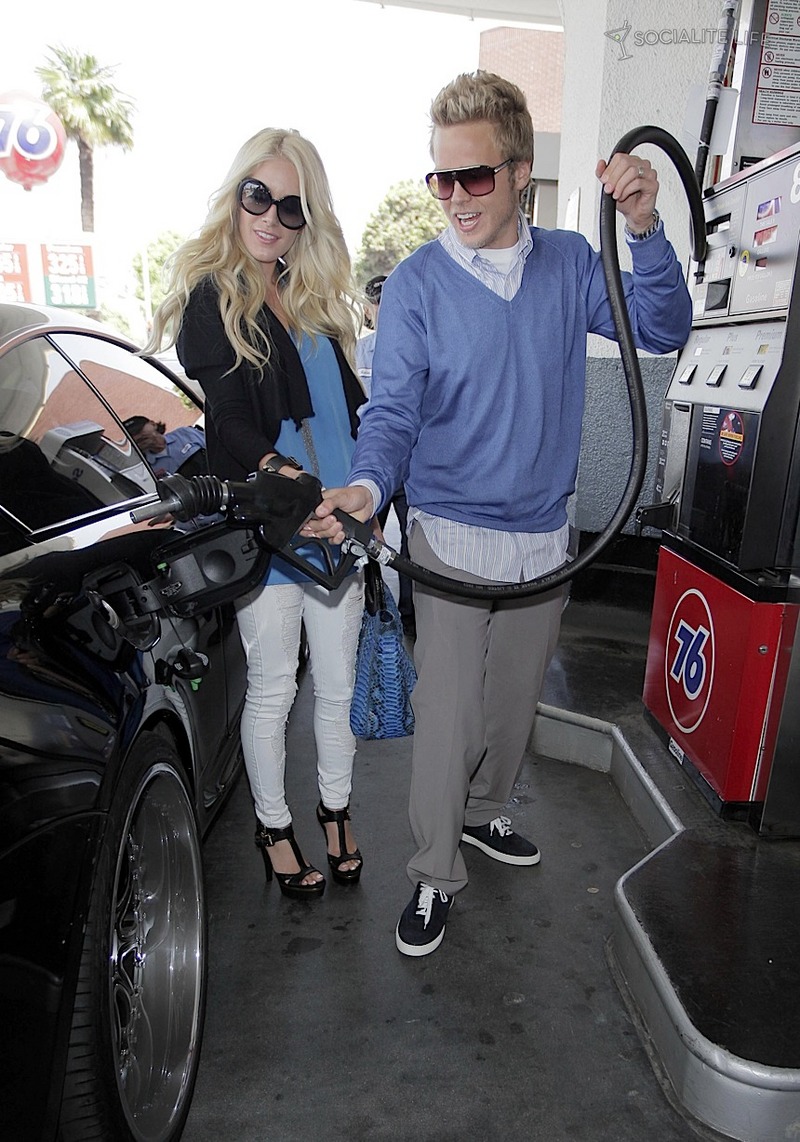 Like rodents in a bleached-out game of whack-a-mole, Heidi Montag and Spencer Pratt popped up on Regis and Kelly this morning. Mostly they were shilling their new book, How to Be Famous: Our Guide to Looking the Part, Playing the Press, and Becoming a Tabloid Fixture. But of course, with a title like that, they were also shilling themselves. They are ALWAYS shilling themselves.

If you click through and glance at the "book" (we use the term loosely), you'll see that the cover is designed to look like a magazine. We're sure Speidi meant for it to echo the busy, upbeat style of People or Us or, you know, something you'd read while waiting for a root canal, but with that shiny gold border, it looks more like National Geographic -- and just between us, we couldn't think of anything more appropriate. In fact, we're a little surprised that Speidi hasn't already graced that cover, given NatGeo's fascination with alien intelligence and weirdass animal life raised in isolation from the rest of the world.

Of course, more than anything, we're surprised that the blond beast with two backs managed to hammer out an entire book. Judging from the photo above, it takes both of them just to figure out the gas tank of (what appears to be) a BMW M6. How long does it take to write 60,000 words when your usual limit is 140 characters a pop?

Side thought: Did anyone else look at this pic and hope/pray that Speidi's gassing up to run away to Witch Mountain? If only, right?