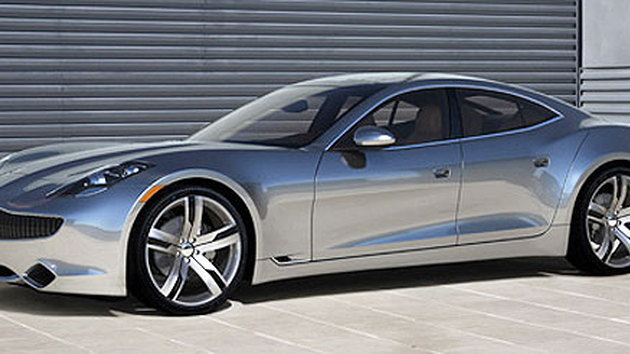 Fisker's Karma plug-in hybrid has already won flocks of followers thanks to its stunning looks and powerful stat sheet, so it should be no surprise that the opening of the brand's Santa Monica dealership was met with a full house of guests and fans.

The car itself has yet to come to production reality, and so far its only real-world test was on the track at Laguna Seca during the Pebble Beach Concours, where no independent journalists were allowed to drive the car. So the car's warm welcome must have been based purely on its potential, rather than its actuality.

Santa Monica itself may have contributed to the hype, as Automotive News points out. Long known amongst Californians for its forward-looking--if often oddball--take on life, the city has embraced hybrid and green technology like few others.

Many of the 200 or so guests in attendance were among the more than 1,300 people that have place pre-orders for the car effectively sight unseen.

The dealership is among the first crop of 32 "Eco-facility" dealers in the U.S., so it's appropriate that it should be located in granola-crunching Santa Monica. The building itself was once a Lexus dealership that has now been retasked to Fisker's uses.

Opening the dealership now is mainly a mode of marketing, as no actual sales will be happening for the next several months, though pre-orders will certainly continue to be taken. Fisker's Karma is planned for production by Valmet in Finland to start later this year, followed shortly by retail sales. The company has recently started work on a plant in Delaware as well, to build the brand's next car, which remains unannounced in any detail.

The Karma will cost $87,900 when it does hit the street, powered by 408-horsepower and 959 pound-feet of electric-motor torque.