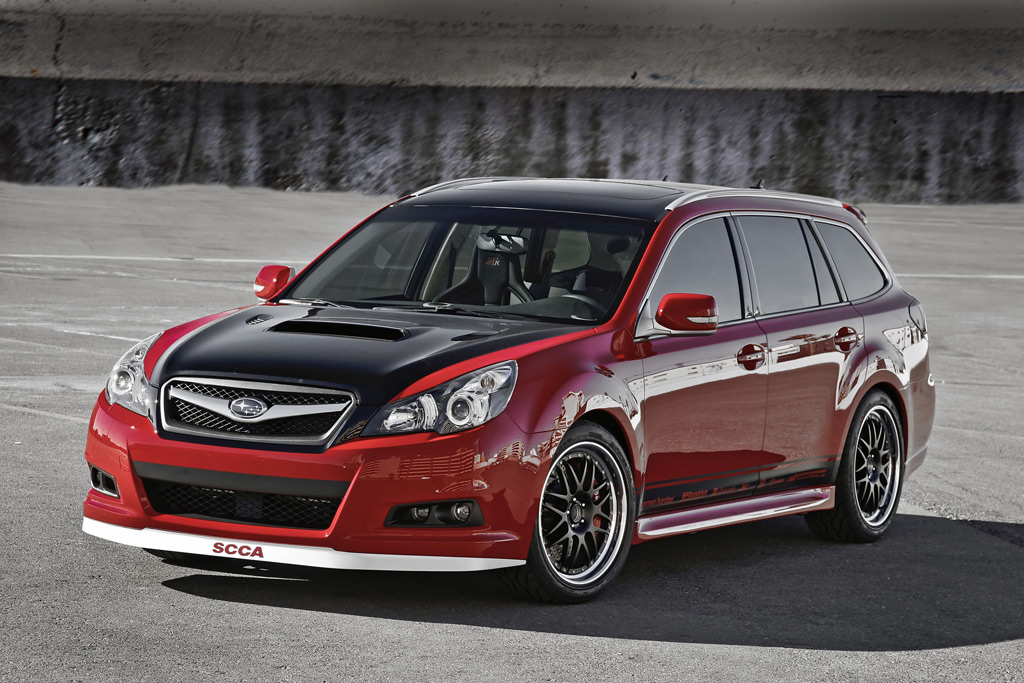 Hot on the heels of last week’s tease of Subaru’s WRX STI and Legacy VIP concept cars planned for this week’s 2009 SEMA Auto Show comes a third concept from the Japanese automaker, once again based on the new 2010 Legacy.

If a turbocharged, lowered, beefed-up Subaru sport wagon sounds like a great car for taking to the track or for some autocross action, then this is one concept you should definitely take a close look at if you happen to be attending SEMA this year.

Described as the “ultimate” track-ready sporty wagon, the new Subaru Legacy GTk concept car is aimed directly at performance enthusiasts who may possibly have a family-lift the tailgate and you’ll find a Coyote Motorsports XP go-kart for the kiddies.

The powertrain was also boosted up and now includes a new six-speed manual gearbox, a modified exhaust system and recalibrated ECU, all of which liberates a healthy 300 horsepower and 350 pound-feet of torque from the vehicle’s 2.5-liter ‘boxer’ engine.

To make sure all that grunt reaches the ground safely, designers also added a short-throw shifter, a viscous coupling locking center differential, a new strut tower brace, a Bilstein suspension kit and a full Brembo brake package with six-piston calipers up front and four-piston calipers in the rear.