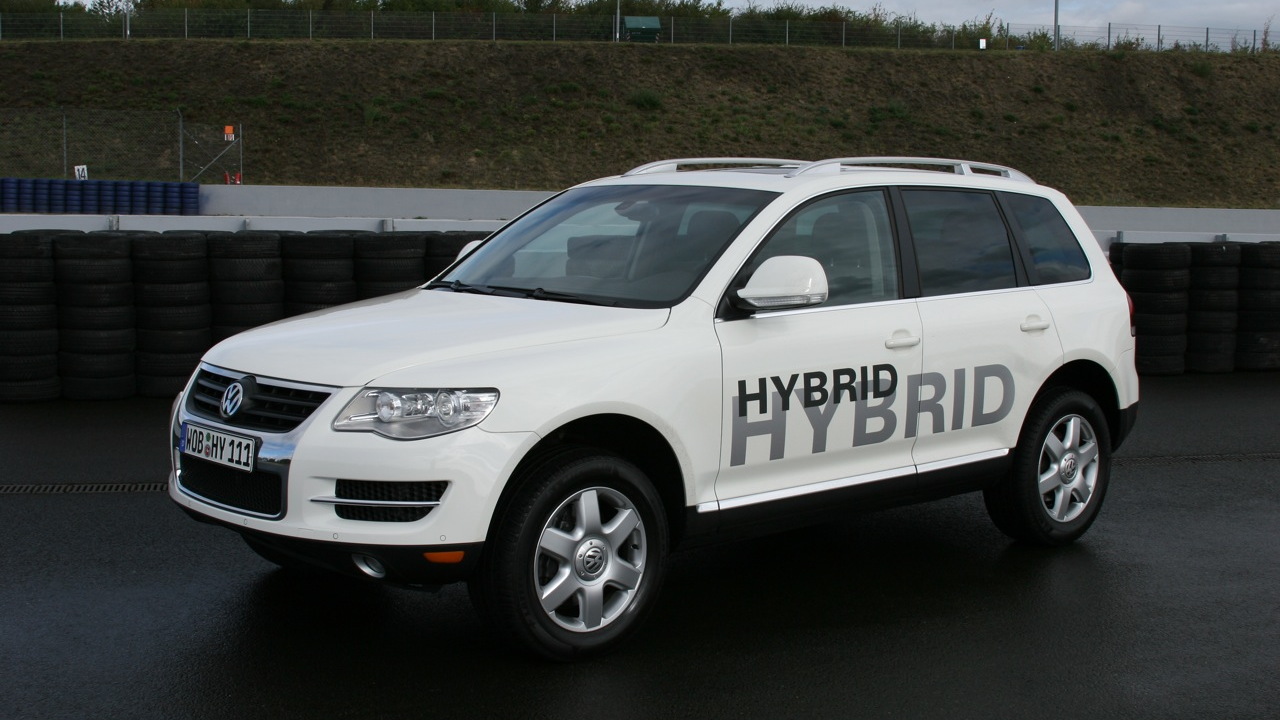 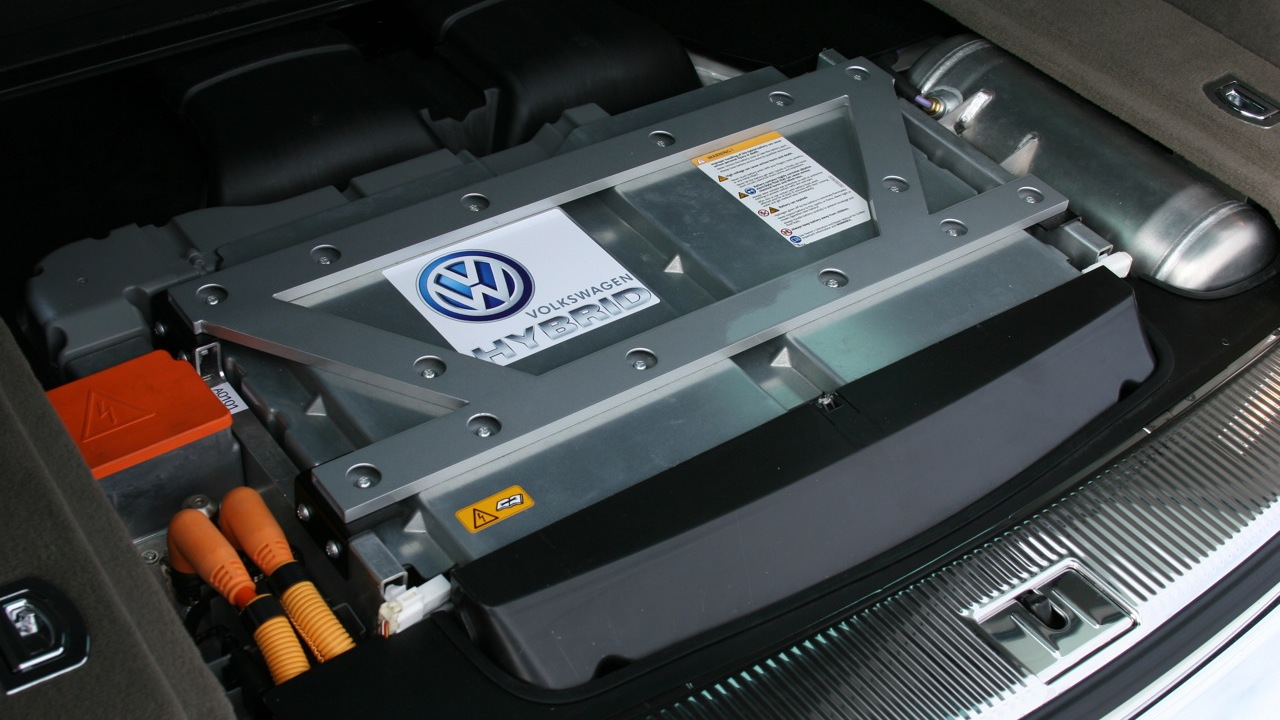 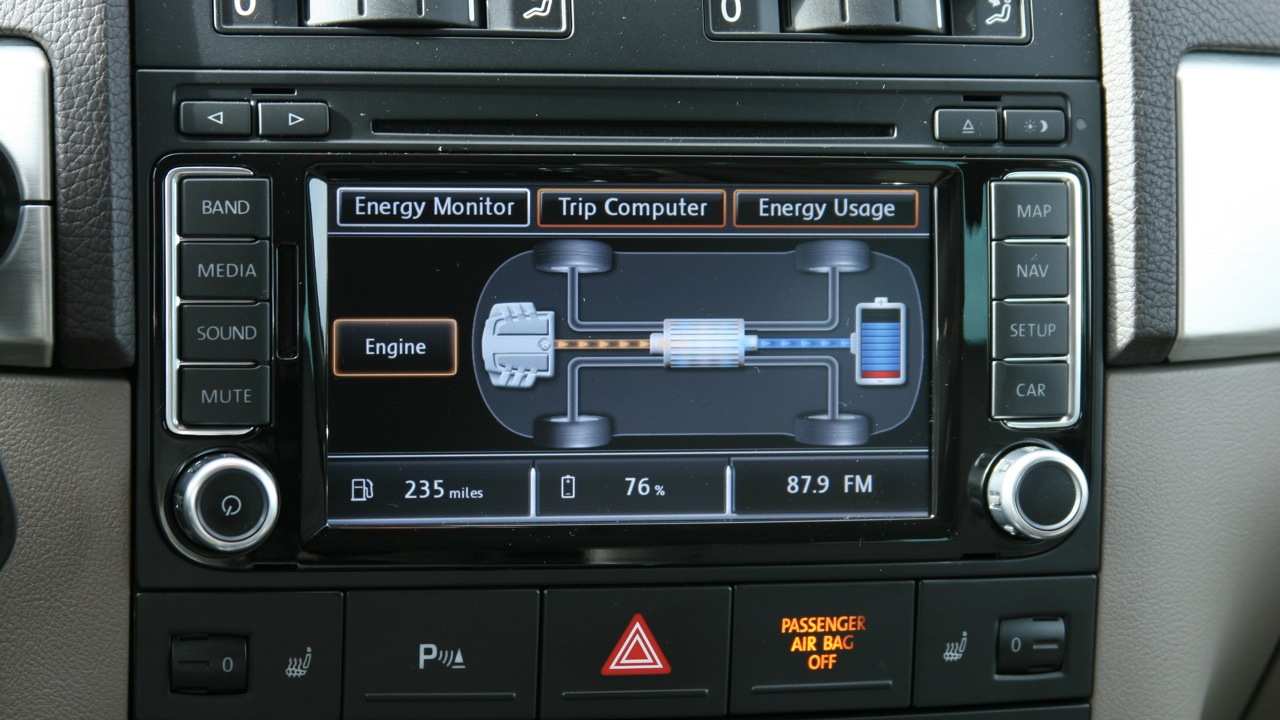 An all-new Touareg is due from Volkswagen next year as a 2011 model. Following later in 2011 as a 2012 model, VW is planning a hybrid version of the SUV to take its place alongside the Porsche Cayenne Hybrid and Audi Q7 Hybrid which will share the same basic platform and battery technology.

Unlike many of the latest hybrids, the 2012 Volkswagen Touareg Hybrid uses a nickel-metal hydride pack instead of a lithium-ion pack. The electric motor delivers 52 horsepower and 221 pound-feet of torque at peak, and sits between the engine and an eight-speed automatic transmission. Providing the combustion portion of the powertrain is a supercharged V-6 engine rated at 333 horsepower, ensuring robust performance.

Testing an early development mule built on the current Touareg at VW's test track, our Executive Editor Marty Padgett found the vehicle pulled strongly despite some remaining kinks to be worked out of the transmission's shifts.

Tackling the problem of how to tell if a hybrid in electric-only mode is running, the Touareg Hybrid briefly kicks on the gasoline engine whenever a door is opened to remind the driver to shut it off if leaving the vehicle.

Despite the unique abilities of the VW hybrid system, it's actually less complex than either the BMW/Chrysler/Mercedes-Benz/GM Two-Mode Hybrid system and Toyota's Hybrid Synergy Drive. While that means reduced costs and easier engineering, it also means it can either run on electric power alone or recharge the battery pack, but can't do both at once.

So how much more efficient is the Touareg Hybrid supposed to be? About 7-10% better than the standard V-6 Touareg, says VW.

For more details on the Touareg Hybrid and VW's future EV and hybrid plans, check out the full story at Green Car Reports.