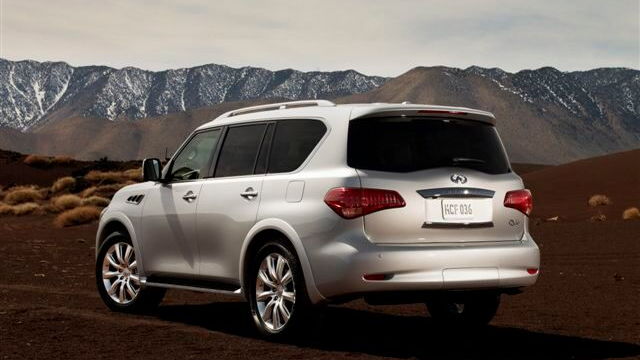 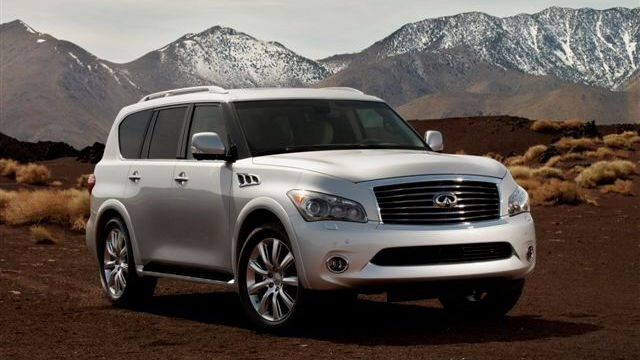 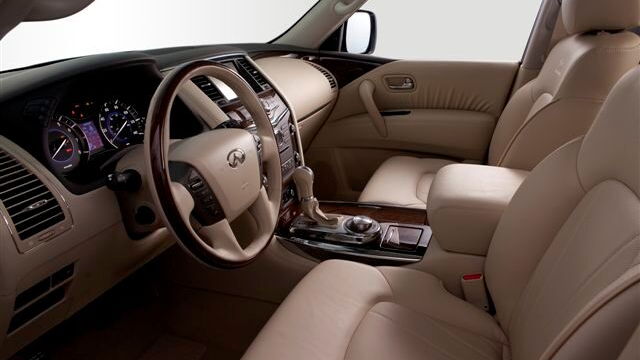 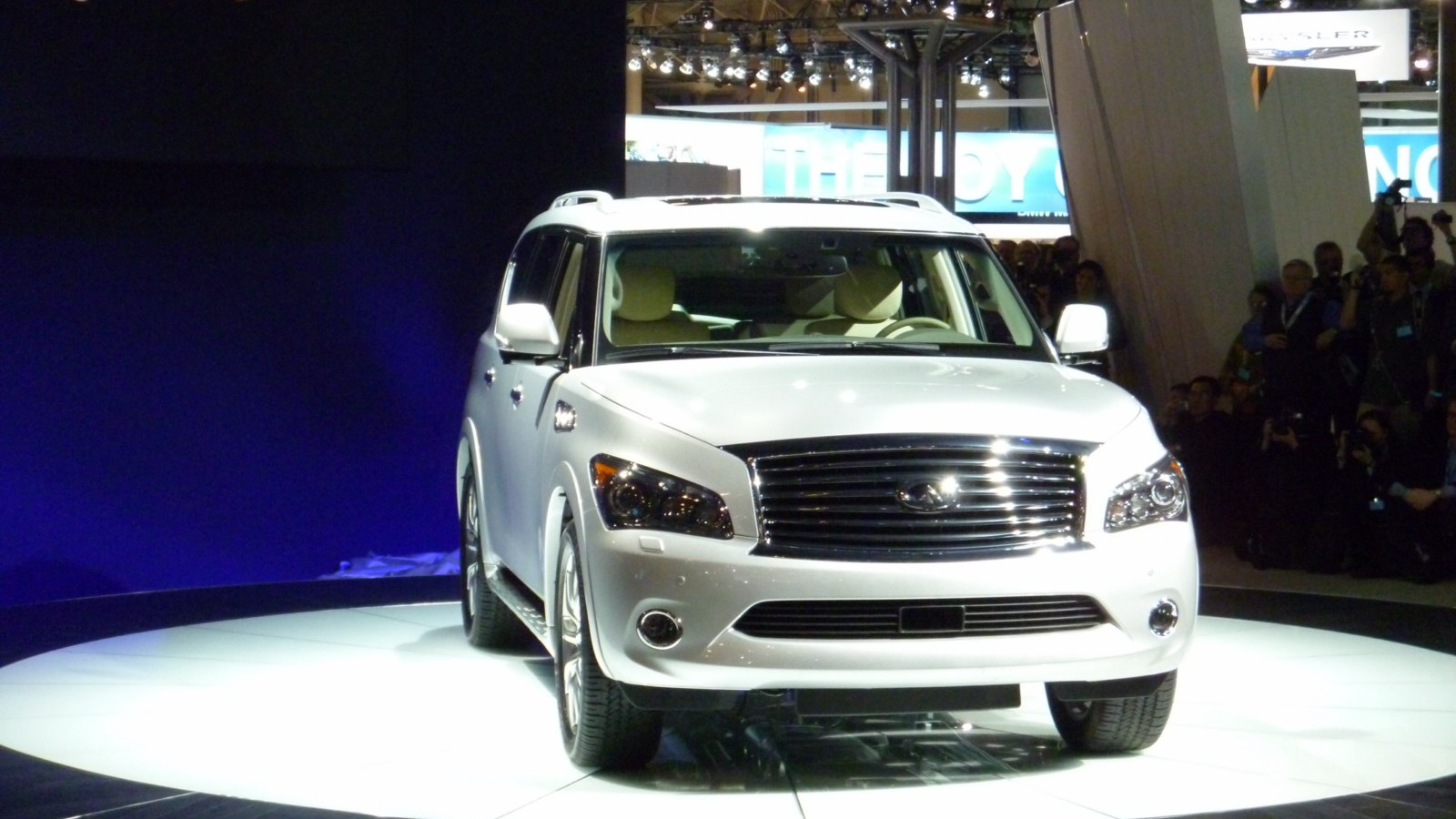 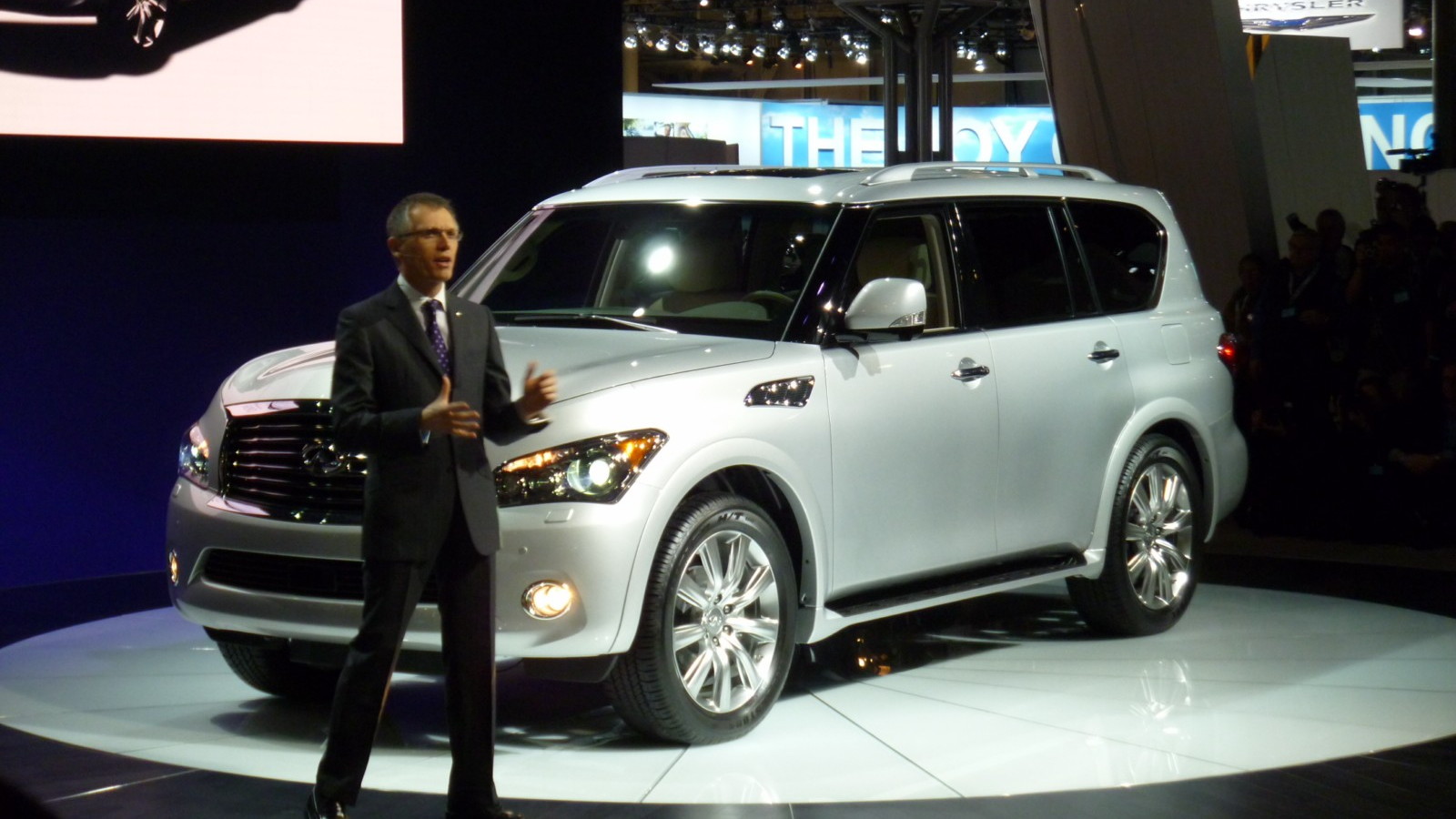 The 2011 Infiniti QX56 in all its bulbousness has made its official world debut today at the 2010 New York Auto Show, and surprisingly pricing for the new ute has also been revealed. The 2011 Infiniti QX56 will start at $56,700 for the two-wheel drive model and $59,800 for the four-wheel drive model--barely a leap over the pricing for the outgoing 2010 model despite the extra horsepower, additional standard features and Japanese construction.

That’s right. The 2011 Infiniti QX56 will be built exclusively in Japan and goes on sale across the country this summer. Nissan ceased production of the outgoing QX56--and the Nissan Armada on which it was based--at its Canton plant in Mississippi last September.

The new luxury SUV is based on the rugged Nissan Patrol sold overseas and features the off-roader’s latest Hydraulic Body Motion Control system, which helps reduce body lean while turning for a more comfortable ride. The QX56’s suspension is an independent double-wishbone design front and rear, with twin tube shock absorbers, stabilizer bars and an automatic rear leveling system that seeks to maintain uniform ground clearance and departure angle, even when towing or carrying cargo, by automatically adjusting the air pressure in the system's air bladders.

Power comes from a 5.6-liter V-8--the same unit found in the 2011 Infiniti M56 Sedan--and tops out at 400 horsepower and 413 pound-feet of torque. The engine is matched to a seven-speed automatic transmission that features a pseudo manual control and downshift rev matching. Despite the added output and 8,500 pound towing capacity, the new 2011 Infiniti QX56 offers 10 percent better fuel economy than the previous generation QX.

Inside, there’s a long list of luxury features including a hard disk-based navigation system, a 13 speaker stereo system, a 7 inch color display and DVD player and perforated semi-aniline leather trim.