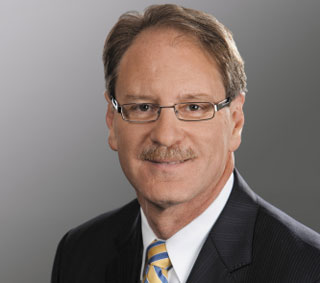 It's a pretty rare thing to hear the president of a major corporation speak their mind in public. But Audi of America's Johan de Nysschen did just that recently, and got slammed to the mat on the basis of a few choice words - namely, using the term "idiots" to describe Chevrolet Volt buyers.

But that's not the whole story - in fact, the explanation given today of that comment and de Nysschen's views on electric cars was contained, in kernel form, in the original story that led to the explosion on the web. But the typically low-depth, high-speed nature of Internet sensationalism saw little more than a parroting of the "idiot" term around the web - something Motor Authority carefully steered clear of.

The explanation and rebuttal that de Nysschen released today, however, lends itself more readily to rational discourse, and so we'll delve into his assertions as they are offered.

First, de Nysschen offers a clarification of his viewpoint on a quick transition to electric vehicles in general. The problem, in his view, is that mass electrification of the automobile fleet could have secondary and tertiary effects on the infrastructure and economy. While there is a lot of debate on the matter amongst scientists, it is at least a valid concern, though it applies equally to all plug-in hybrids and electrics, not just the Chevy Volt. He is, however, fully behind electrics, as the upcoming R8 ePerformance electric vehicle concept is expected to prove.

Second is the energy shift de Nysschen sees EVs causing, moving from gasoline to coal-fired powerplants, effectively offloading emissions to a different source, but not eliminating or even necessarily reducing them in a total "well-to-wheel" sense. Again, that relies to a degree on his former point, but even if the grid can sustain the electrical load, there will have to be an increase in electricity generation, and that will most likely come in the form of more burnt coal.

Third, de Nysschen addresses the Volt head-on, saying that it is simply not economically feasible at present. The features, size and performance offered are those of a gasoline powered car that costs roughly half as much, according to de Nysschen, so those that pay that premium aren't being economically sensible. Use of taxpayer-funded subsidies, which are already being heavily touted as a way to make the Volt affordable, are proof that the technology isn't currently sustainable in a pure market sense. Further, no amount of fuel savings will recoup the up-front costs.

That's a point we've explained countless times in the past, and applies equally to hybrids and even, in some cases, diesels. But, it also doesn't take into account the fact that many people buy such cars on an ideological basis - to help minimize their environmental impact, to make a statement, or to help support the technology and the companies that produce it in the hopes that it will lead to more and better solutions in the future. Those are perfectly valid reasons to buy such a car, but it's not the smart business choice, for either carmaker or car buyer.

Fourth, he argues that there are better alternatives in the present and near future, including diesel and efficiency-maximizing gasoline engines. He also recognizes that EVs will be effective solutions in the more distant future, once costs of the technology have come down and the infrastructure to support them has grown.

That goes back to his first point, and is a matter of some contention, but is nonetheless a reasonable outlook for the CEO of a car company that's tasked with making decisions to direct his company not just to a greener future, but a profitable present.

On the whole, and when looked at with a little less bravado and a lot more logic, de Nysschen's statements are refreshingly frank and devoid of idealism - a plain-spoken, pragmatic look from an industry insider that has a clear plan on how to make cars more efficient - and yet still affordable and profitable - now, not 10 years from now, or 20 years from now.

And that's something we'd like to see more of. Thanks, Johan.

For an excellent look at the issue from another perspective, head over to Green Car Reports and read John Voelcker's article entitled, "Volt Buyers 'Idiots'? Audi President Is The One Who's Wrong" Just as de Nysschen's open and honest assessment of the matters presented from his perspective are worth evaluating, so too are they worth critiquing - on a logical, factual basis - and that's exactly what Voelcker has done. Well worth a read.