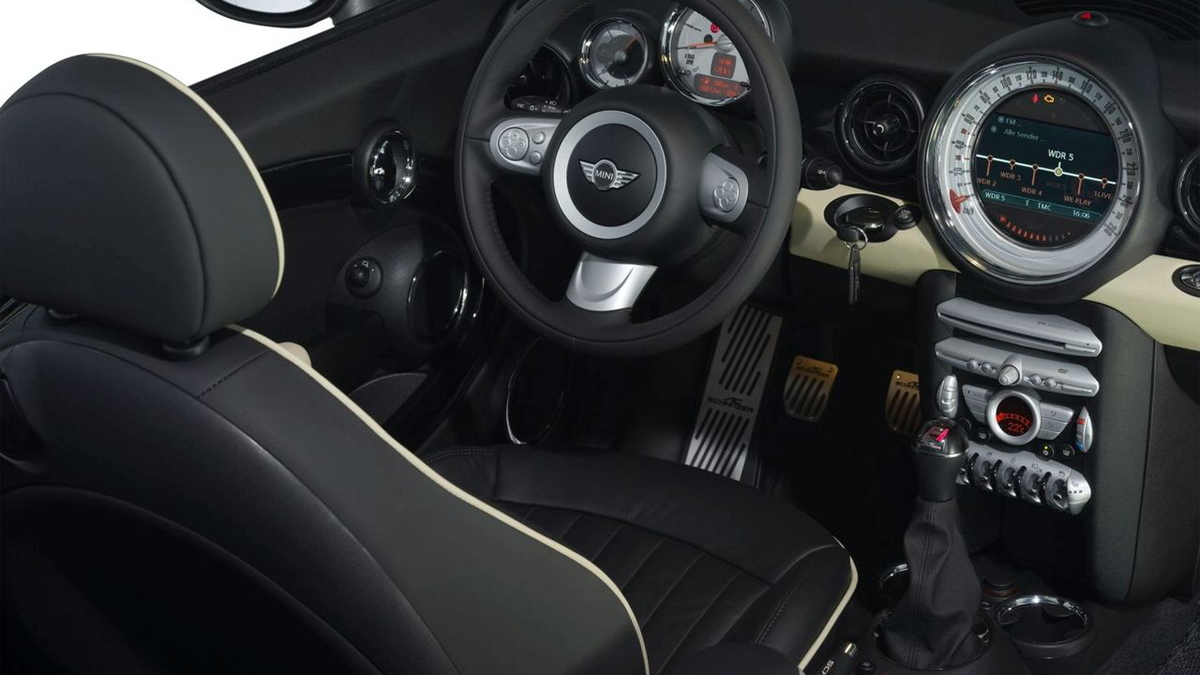 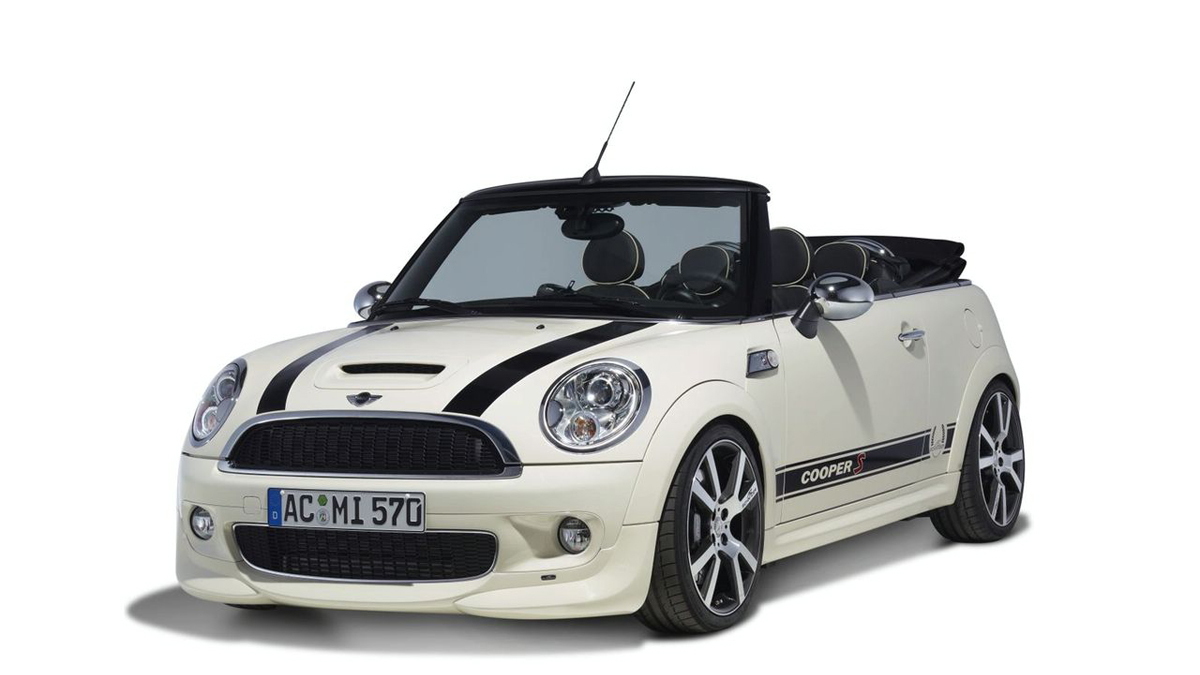 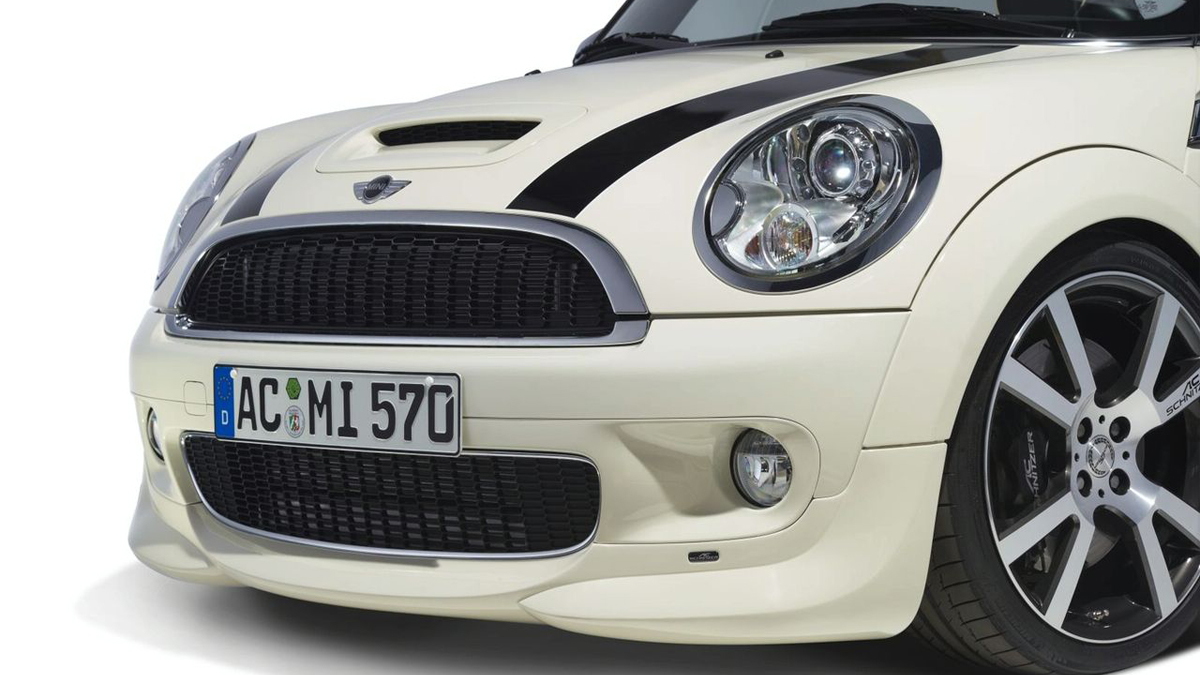 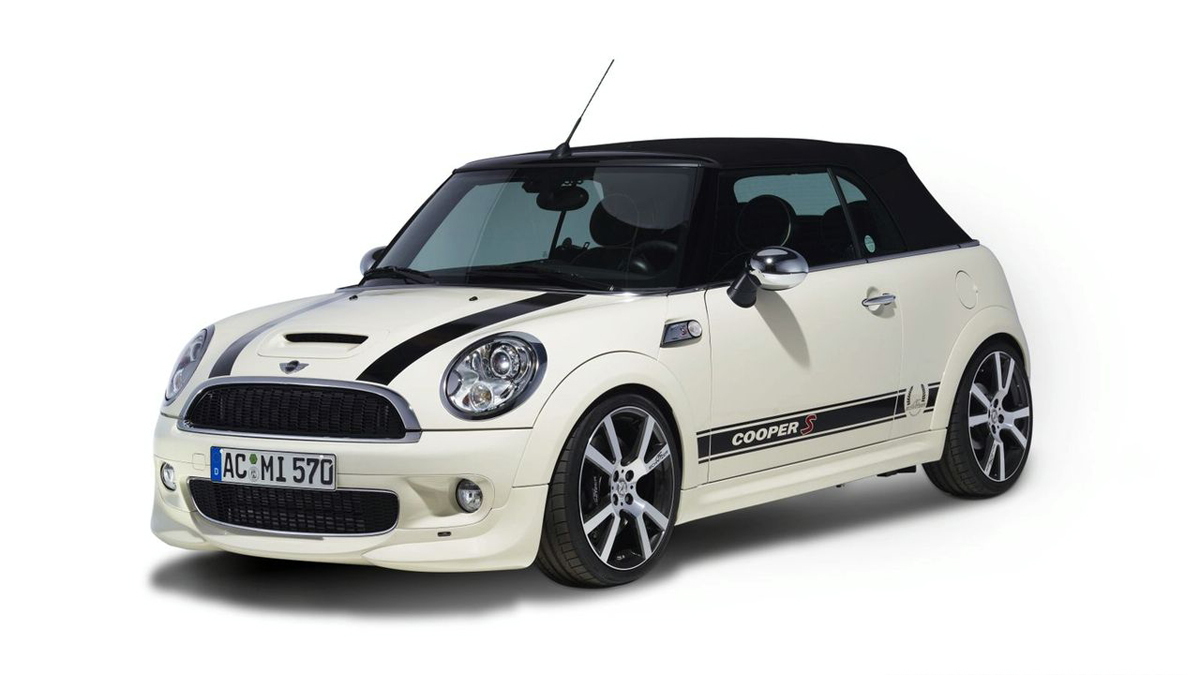 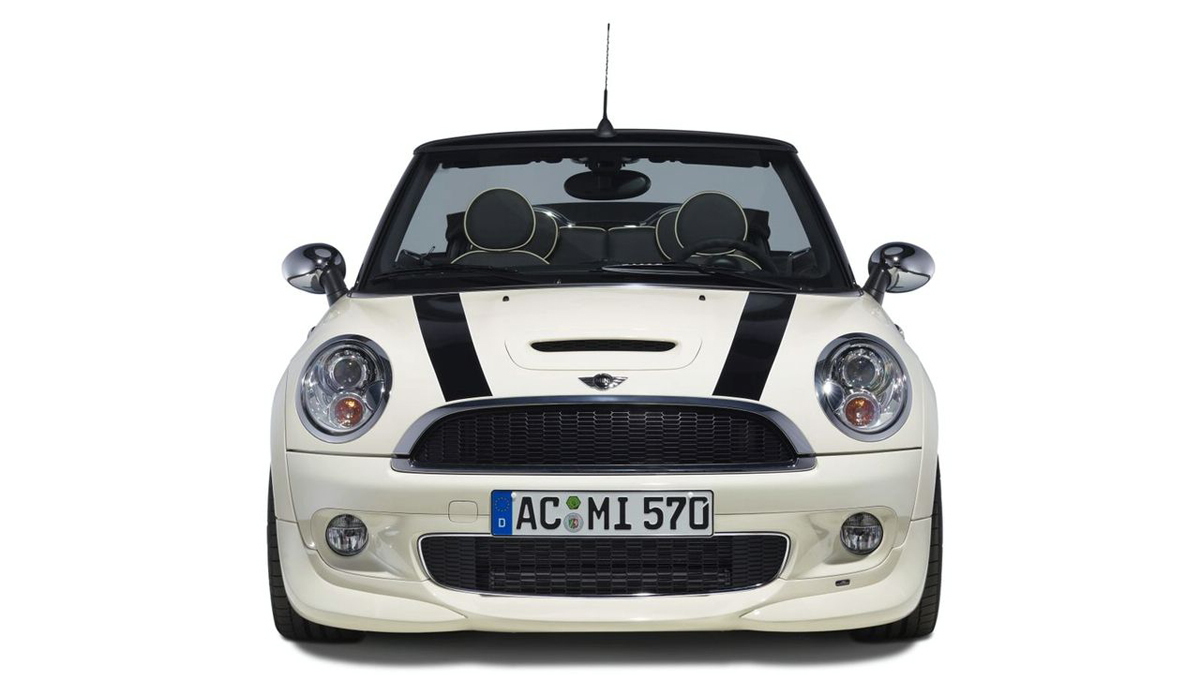 13
photos
Mini's aren't exactly known for their aggressive or sporty styling, instead choosing to adopt a more 'cute' appearance at the behest of its designers. German tuning house AC Schnitzer, however, didn't agree with Mini’s original design theme and instead unveiled a new kit for the R57 Cooper Cabrio with a number of modifications to the engine, suspension, styling and aerodynamics.

Starting with the performance, the standard Cooper S Cabrio features a 175hp (131kW) 1.6L engine, but with performance upgrades this figure is increased to a more impressive 208hp (155kW). The car is also fitted with a limited-slip differential that can be had in both the Cooper S and the special John Cooper Works (JCW) performance variant. The engine upgrades are complemented with a new AC Schnitzer sports silencer in special steel with a chrome racing tailpipe for the Cooper S and JCW.

AC Schnitzer has also unveiled new suspension components, available in the form of a suspension spring kit and a height-adjustable racing suspension set-up. In conjunction with an aluminum strut brace for the front, the new suspension should make the Mini drop-top even more agile than it already is.

Visually, the designers at AC Schnitzer have come up with new front spoilers and rear skirts for the car, which they claim also offer aerodynamic advantages on top of giving a sportier appearance. New decals on the side and custom alloy wheels also add to the car's appearance, while custom AC Schnitzer gear knobs, handbrakes, pedals and foot rests can be had inside, along with velour floor mats.