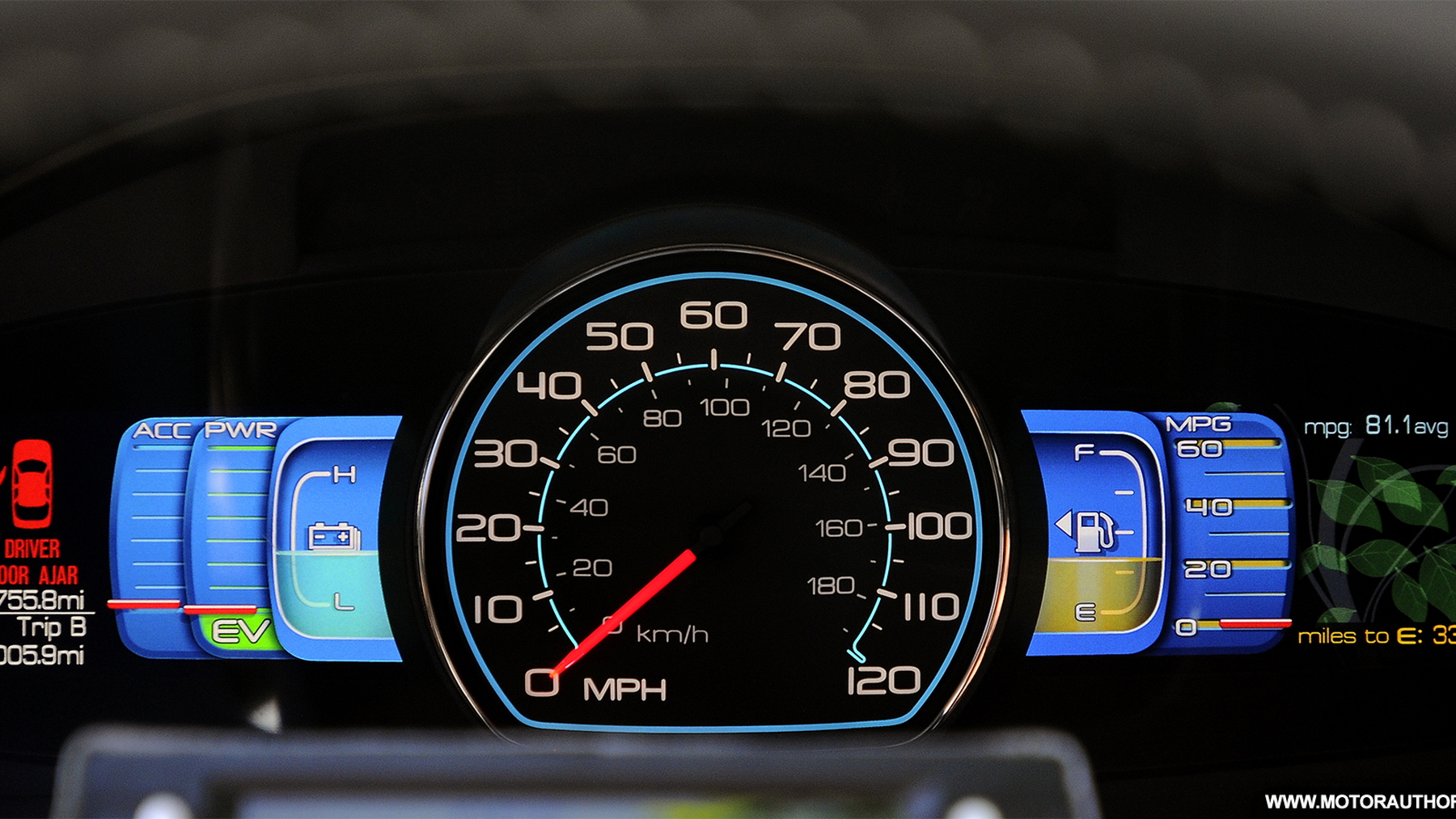 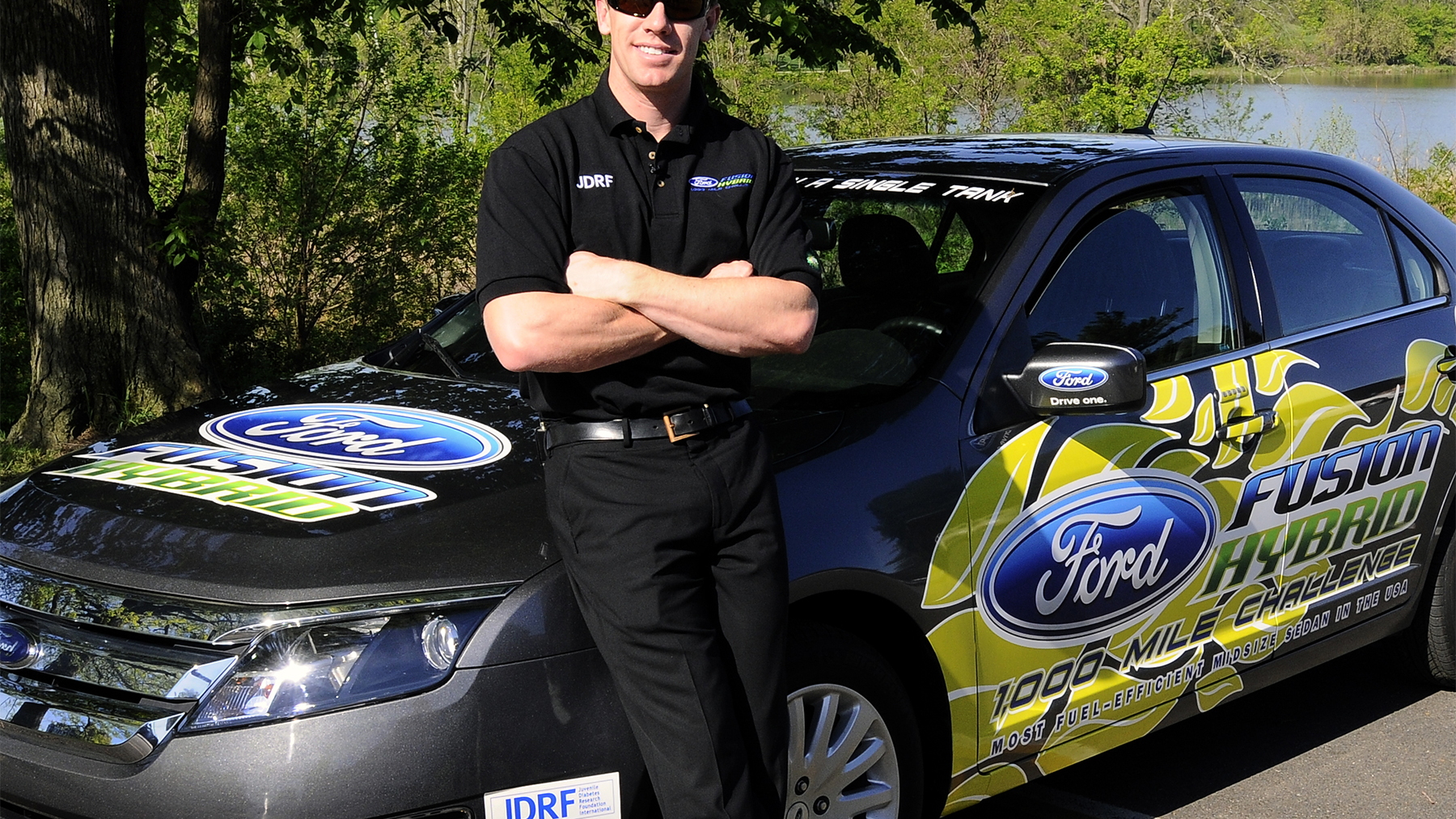 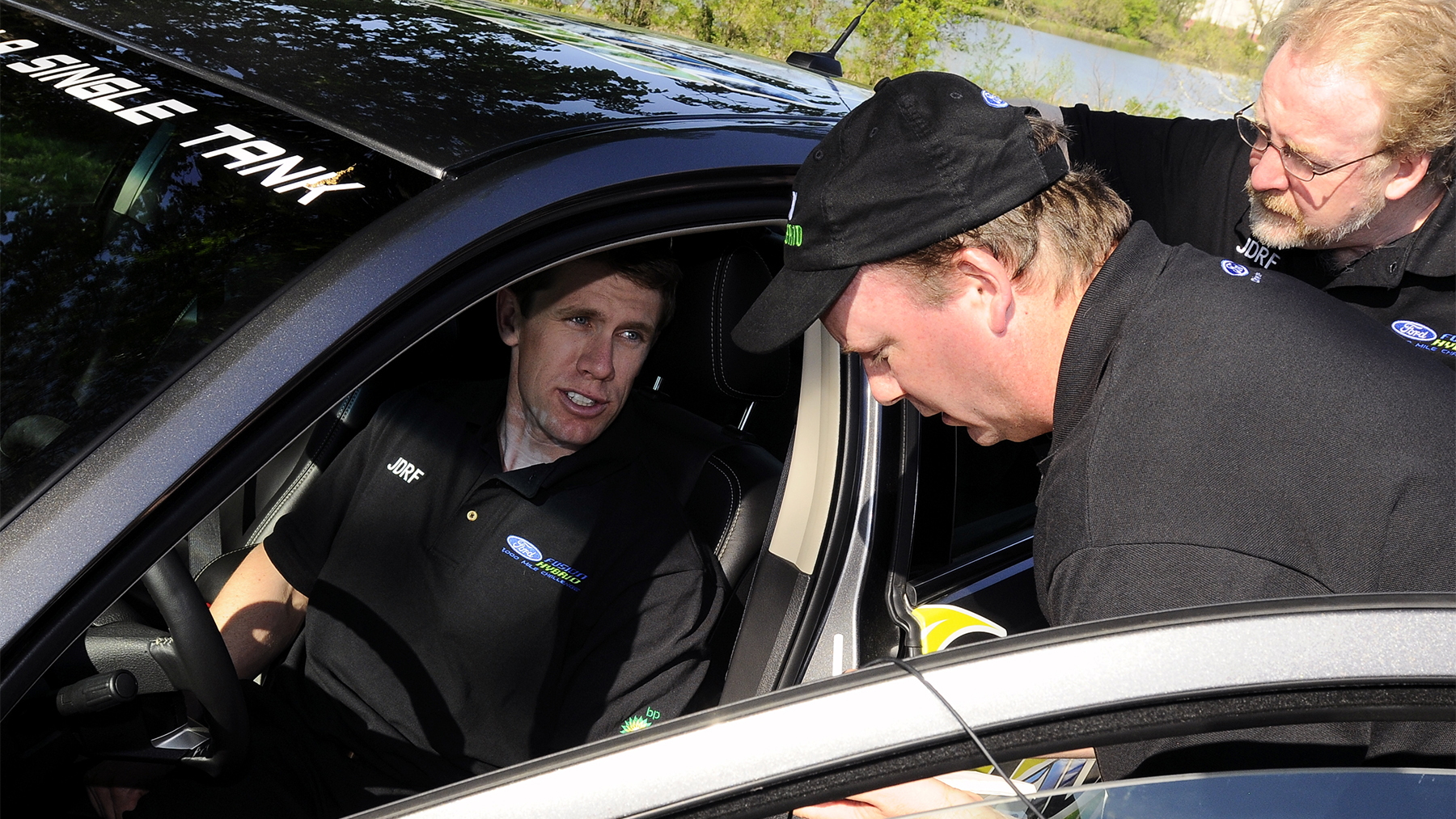 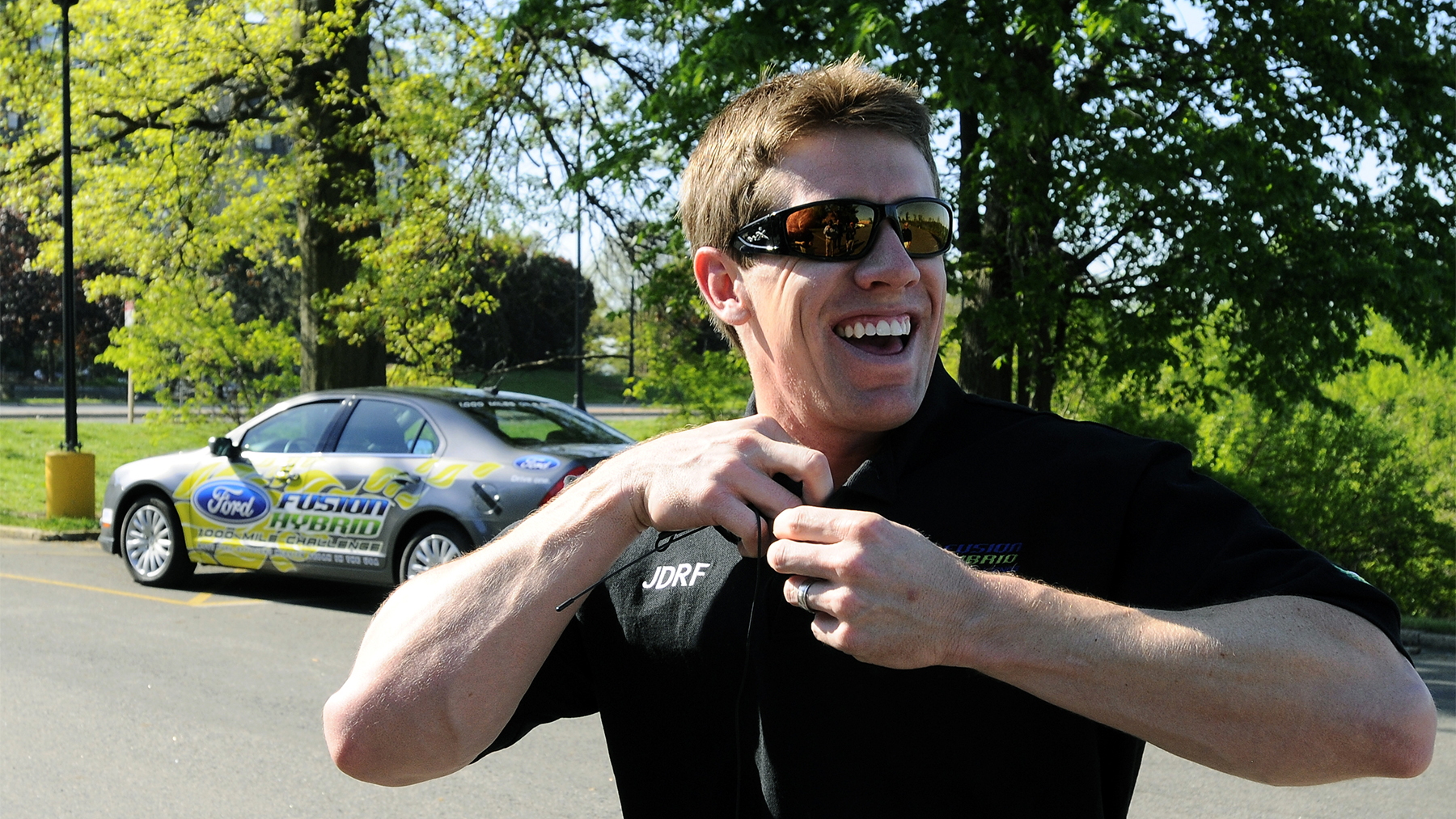 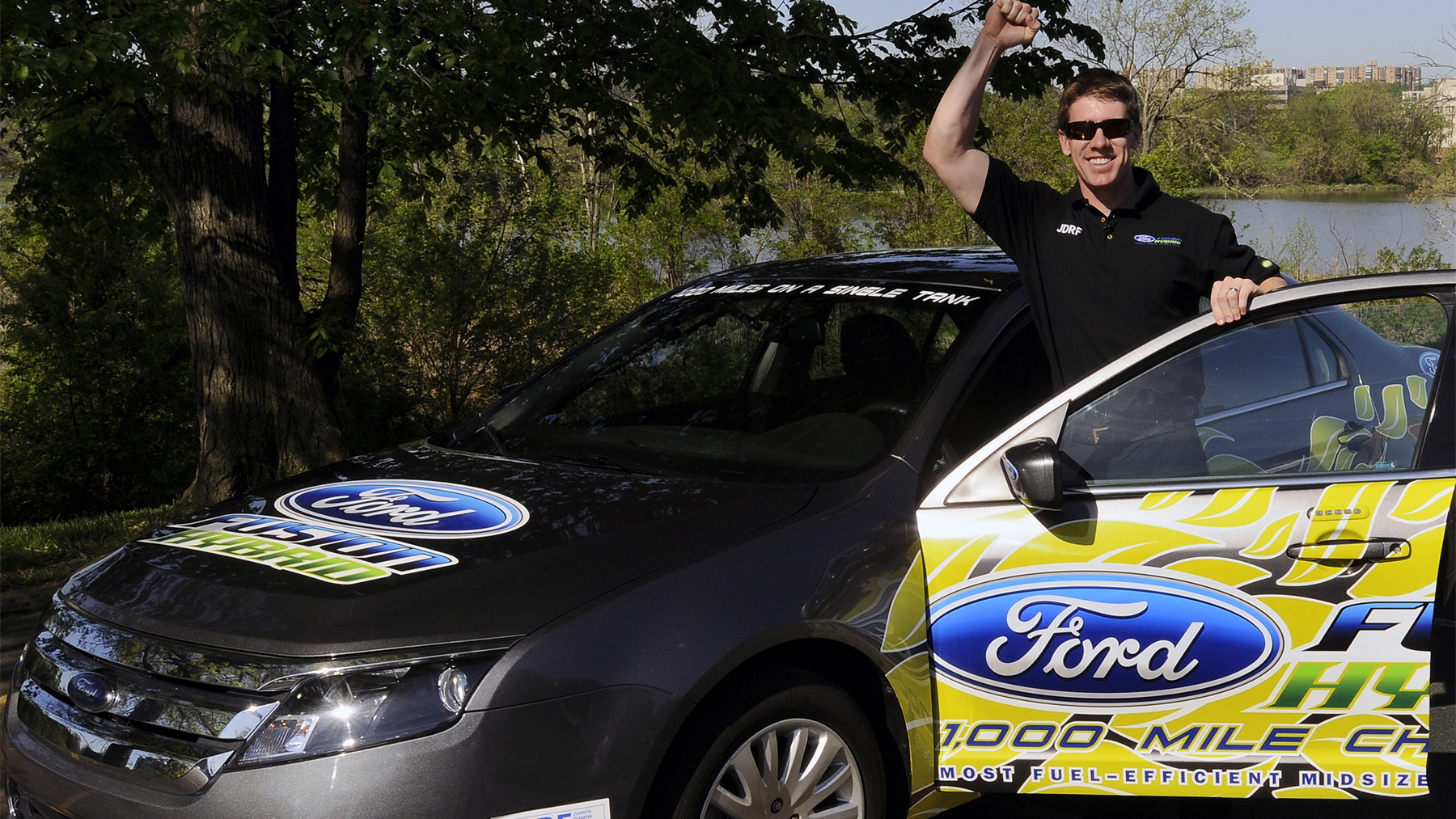 30
photos
Fuel crises and economic downturns have seen the emergence of a new kind of driver in recent years - the hypermiler. For those who don’t know, hypermiling refers to a set of techniques used to maximize fuel economy, such as monitoring traffic flows to reduce braking, planning shorter routes, and coasting on idle as much as possible. Those who practice the techniques are referred to as hypermilers – a term coined up by world-record breaking hypermiler Wayne Gerdes, who was part of the team that set what Ford is calling a new world record of 1,445mi (2,325km) on a single tank, averaging 81.5mpg in a 2010 Ford Fusion Hybrid.

Gerdes, whose antics have seen him drafting 18-wheeler semi-trailers with his engine turned off, and NASCAR star Carl Edwards teamed up with Ford behind the wheel 2010 Fusion Hybrid. The team, which also counted several Ford engineers among its numbers, raised more than $8,000 for the Juvenile Diabetes Research Foundation (JDRF) by exceeding the goal of 1,000 miles on a single tank of gas.

The attempt started on April 25th in Mt. Vernon, Virginia, taking 69 hours of continuous driving to get to Washington D.C.. While Gerdes had no trouble keeping above the required 57mpg, NASCAR star Carl Edwards came away impressed with how easy the car made it to save fuel. "There’s no question that the Fusion Hybrid will help consumers save fuel when they drive it," said Edwards. "Having driven the car, I feel strongly about how great it is – so strong that I’ve purchased one myself."

The Fusion Hybrid used in the challenge was a factory produced model with no modifications or alterations and ran on regular 87 octane petrol. According to Ford, using eco-driving techniques such as gradual acceleration and smooth braking, coasting to red lights, not using air-conditioning and utilizing momentum, is what allowed the car to return its unexpectedly high 81.5mpg average. Ford's engineers had previously pegged 70mpg as the best they could hope for.

If you want to apply some of hypermiling's best techniques to your own commute, this list from Gerdes might be able to help:

* Slowing down and maintaining even throttle pressure;
* Gradually accelerating and smoothly braking;
* Maintaining a safe distance between vehicles and anticipating traffic conditions;
* Coasting up to red lights and stop signs to avoid fuel waste and brake wear;
* Minimize use of heater and air conditioning to reduce the load on the engine;
* Close windows at high speeds to reduce aerodynamic drag;
* Applying the “Pulse and Glide” technique while maintaining the flow of traffic;
* Minimize excessive engine workload by using the vehicle’s kinetic forward motion to climb hills, and use downhill momentum to build speed; and
* Avoiding bumps and potholes that can reduce momentum