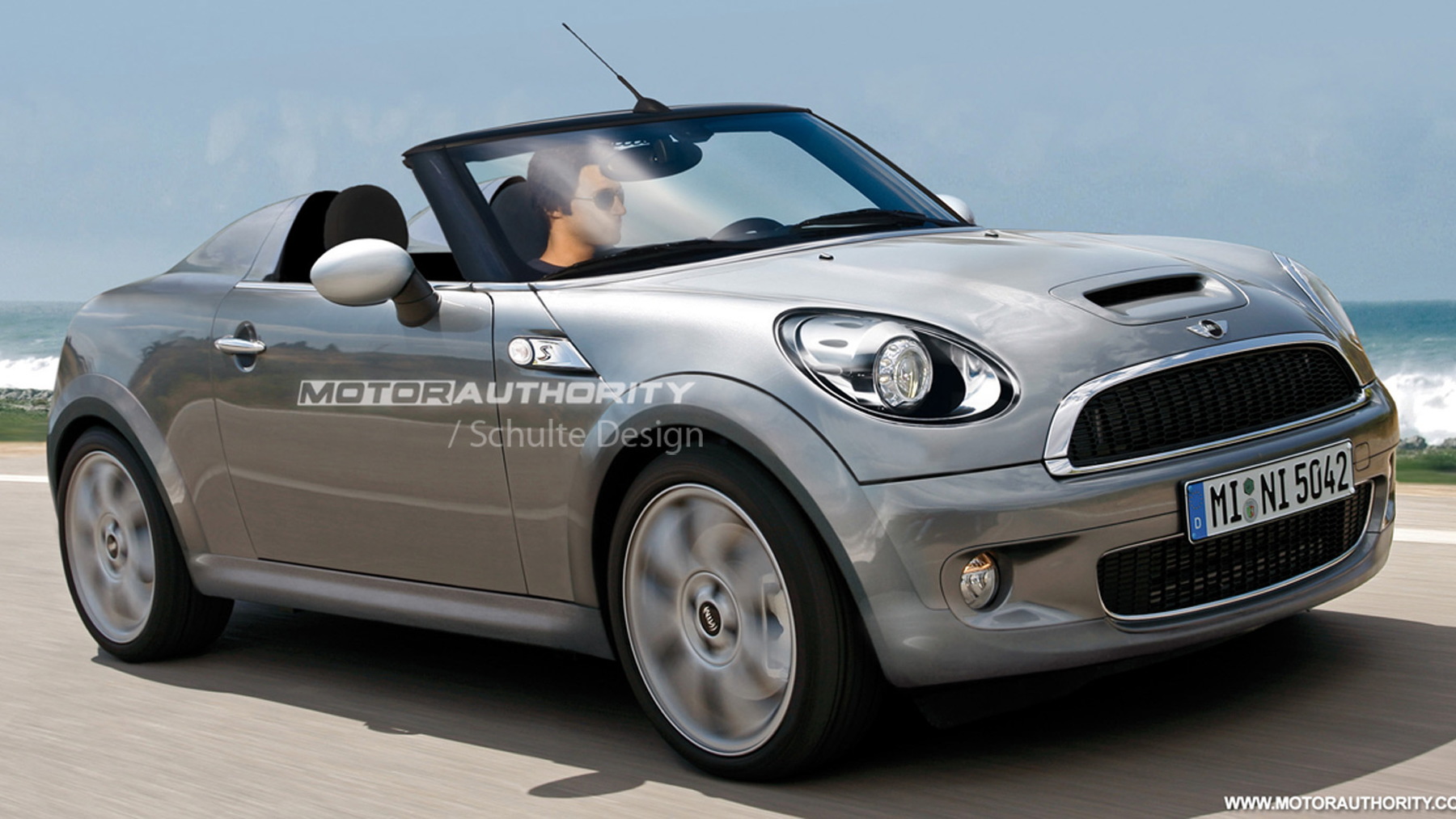 2
photos
Mini has been a giant success story for BMW, with the iconic little cars becoming almost ubiquitous throughout cities these days. With brand success comes more models, and BMW has already capitalized on the Mini name in a big way with new variants such as the Clubman as well as an upcoming crossover model, and this trend is set to continue with the introduction of a two-seater convertible roadster.

There has been speculation about a two-seater convertible Mini for some time, and according to Autocar the new model will appear in “near-production” form at this September’s Frankfurt Motor Show and arrive in showrooms by early 2010.

Making the car a strict two-seater means that BMW can use the same platform that the Mini Cooper Cabrio currently sits on. With the back seats removed, the roadster should have a decent sized boot, and BMW will be able to easily mix and match engines and other parts from its current stock for the eventual roadster lineup.

At the front, Mini’s now hallmark bonnet will likely appear with a split grille, however, the roadster will be much sportier than the current range of Mini models. This means that it will likely be lower and wider than its four-seat siblings and will definitely be the most aggressive Mini of the bunch.

The car will most likely have a soft-top to keep weight down, but a removable hard-top should also be available. Under the hood, expect to see the plethora of engines that are currently seen in the MINI Cooper - including the 173hp (129 kW) 1.6L turbo engine found in the Cooper S.