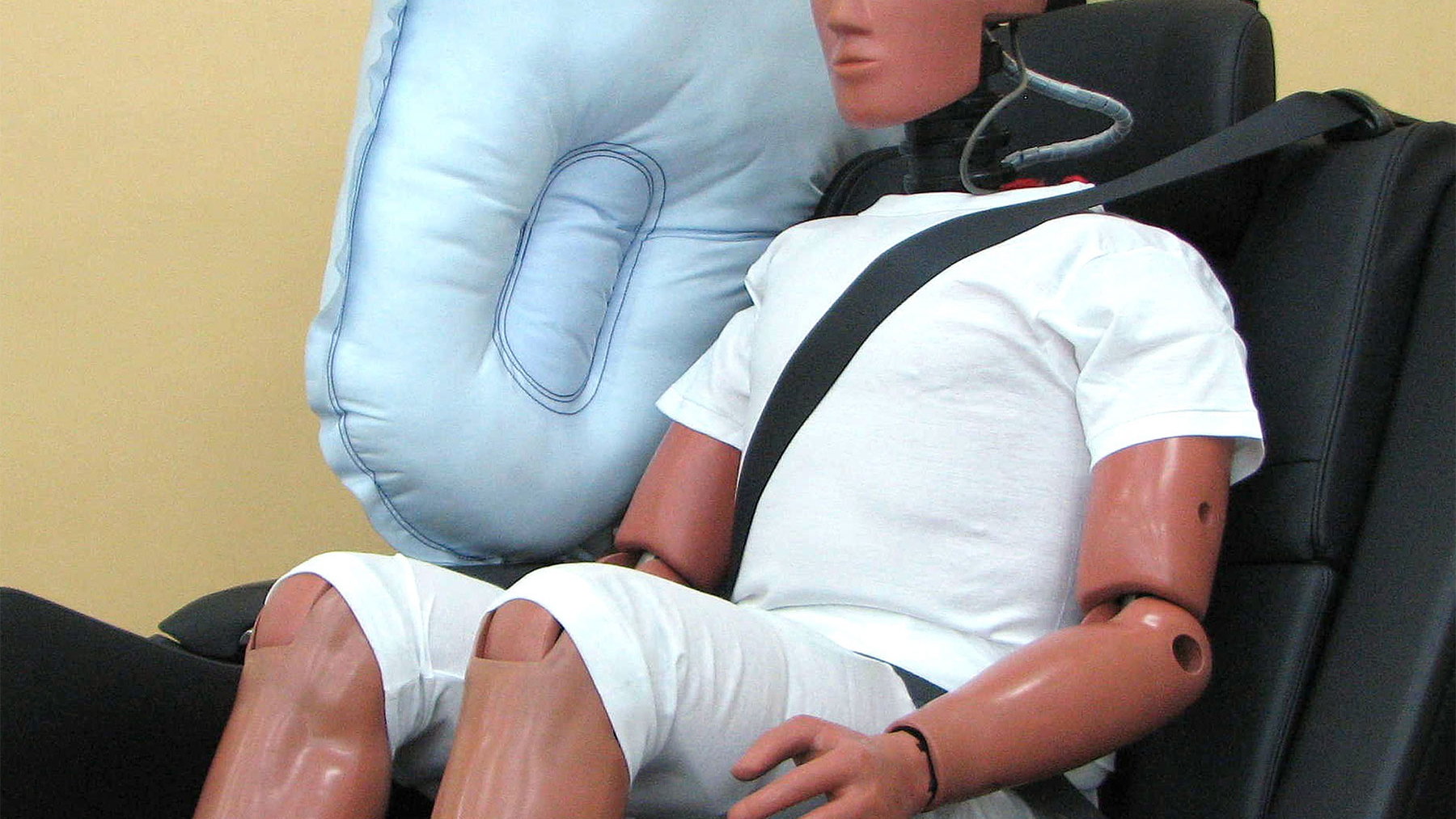 1
photos
No stone is being left unturned in carmakers' hunt for more and better safety technology, and Toyota is often at or near the forefront of that search. Today the company has released a new system: the world's first rear-seat center airbag.

Designed to protect occupants in a side-impact from secondary injuries caused by collisions other passengers or the center console area, the center airbag will soon be available in Toyota's production vehicles.

The bag is intended for rear-seat use primarily because unlike the front seats of most cars, rear seats aren't buckets with secure restraint and independent airbag systems. Even those cars with full rear airbags usually feature bench seats, which allow more sliding in an impact even with seatbelts in place.

Toyota hasn't yet announced which models will get the new airbag first, or when they will get it. In the meantime, it has reaffirmed its commitment to safety and technology, including projects like the recently-upgraded 'pre-crash' safety suite and its new telematics systems Enform and Safety Connect.