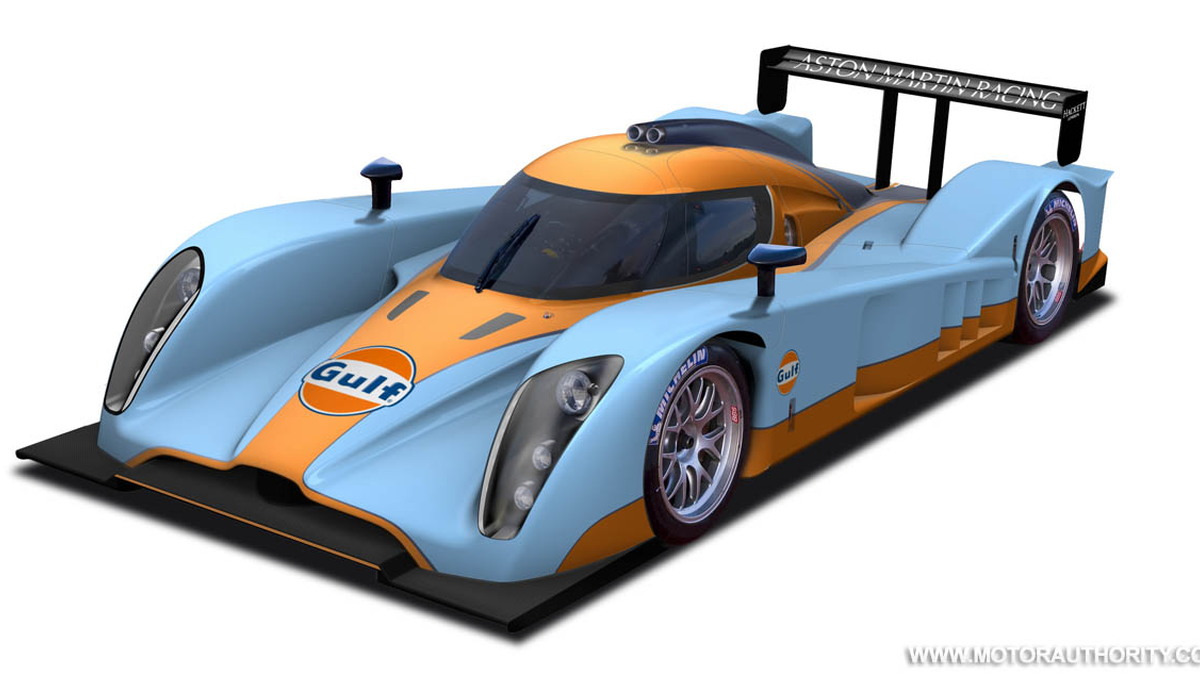 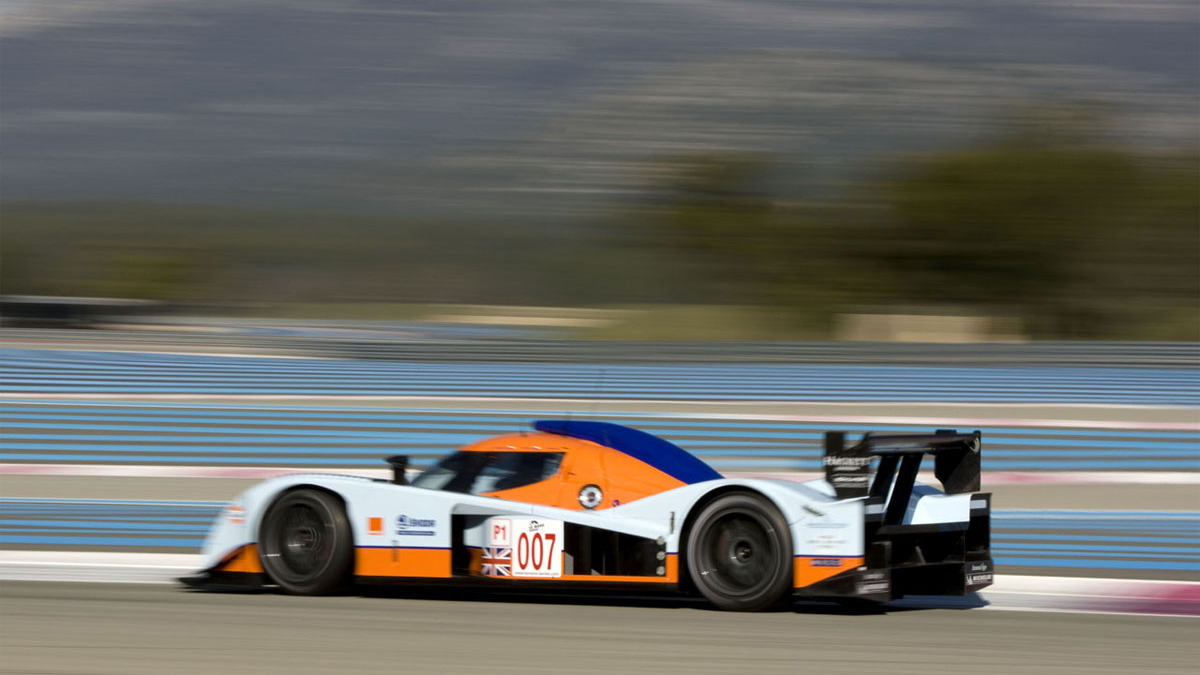 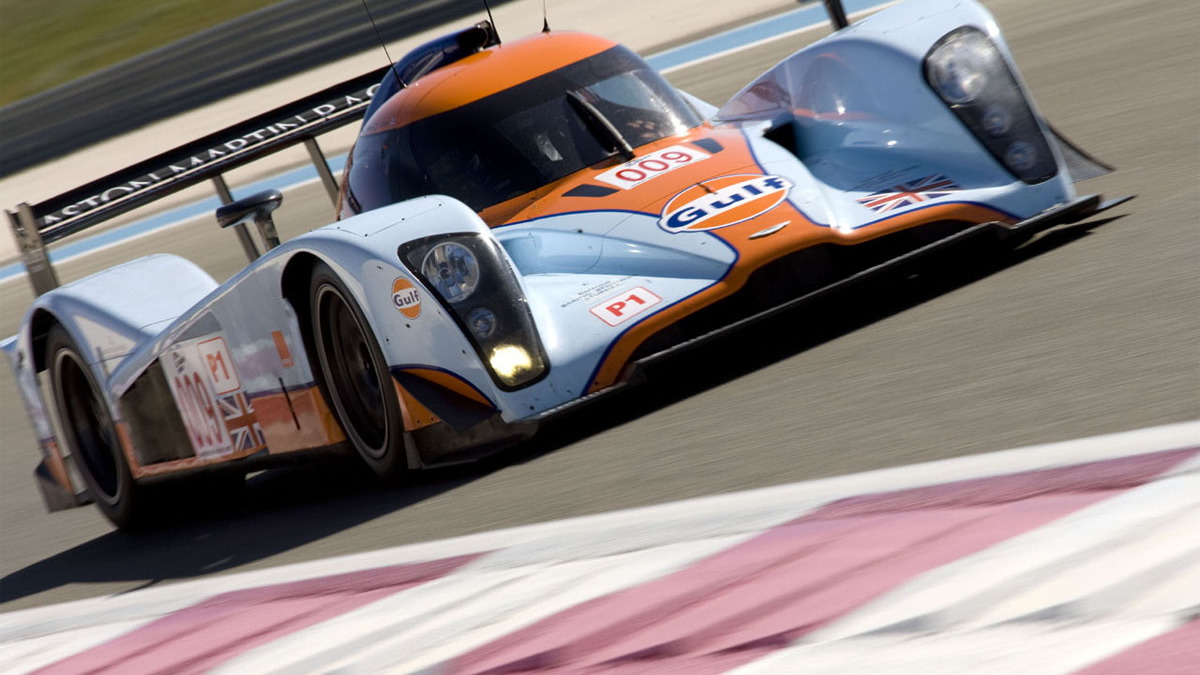 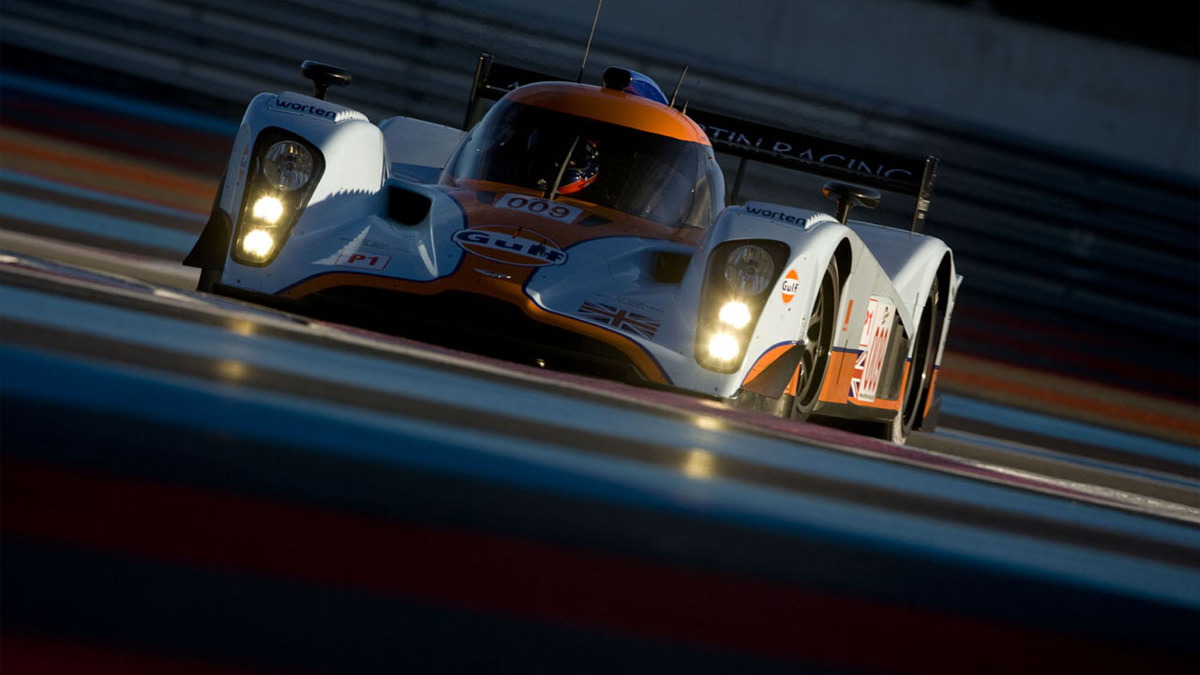 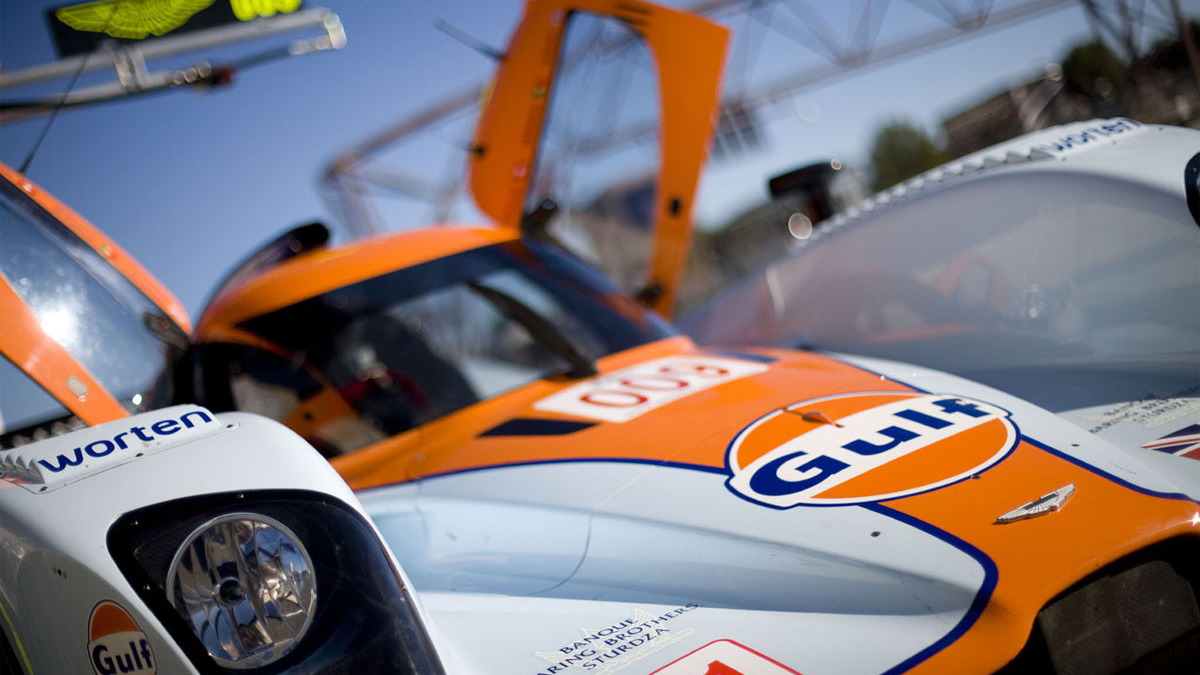 8
photos
In 1959, racing legend Carroll Shelby along with Roy Salvadori raced to overall victory at Le Mans in an Aston Martin DBR1, followed by another DBR1 in second place - both cars 25 laps ahead of third place. This year, marking the 50th anniversary of that feat, Aston Martin will field two works teams in the LMP1 class in an attempt to repeat the title grab. Today the car that will be used to do it made its debut at the famous Paul Ricard Circuit in France.

Both cars 007 and 009 took to the track as 3,500 lucky spectators - who were the first members of the public admitted to the track in 10 years - looked on. Both cars performed above expectations for both reliability and performance at the public test day despite being essentially unproven. The day wasn't all smooth sailing, however, with the 007 car having an incident with Thomas Enge at the wheel. The car was heavily damaged, but Enge walked away uninjured.

Enge blamed his own error for the crash. "Unfortunately because of my error the test was compromised but prior to the accident the car was good and I believe that we will be even stronger than we were last year," he said.

The season is set to be a dramatic one, especially with the company and team setting its sights high. Aston Martin's history has never been far from the race track. Despite the luxurious and elite nature of the company's road cars, the real beating heart at Aston has been speed, and the struggle for victory.

“Racing has been, and still is at the heart of Aston Martin," said Aston Martin CEO Ulrich Bez. "Our cars today are subtle, elegant and handcrafted but they still have the genes for competition. I am happy that we have found partners who, with their support, will enable us to compete at the highest level of endurance racing. We will put all our heart and skill behind this project to demonstrate the essence of Aston Martin: Power Beauty and Soul.”

The LMP1 cars headed to Le Mans for the 2009 race are liveried in Gulf Oil colors of blue and orange, just as the 2008 GT1 cars were. Under the colorful paintjob, a 2008 Charouz Racing System Lola provides the chassis with power coming from a production-based Aston Martin V12 engine - the same engine that drove the DBR9 to a GT1 title at Le Mans in 2007 and 2008.

Aston Martin chairman David Richards, who also chairs the racing outfit ProDrive, cautions that much work still lies ahead. "While we have won the GT1 class for the last two years," said Richards, "competing against the proven speed and endurance of the diesel-powered cars with all their years of winning the prototype class, will be a massive undertaking. Nonetheless, I see this as a great opportunity to showcase the ingenuity of British engineering talent.”