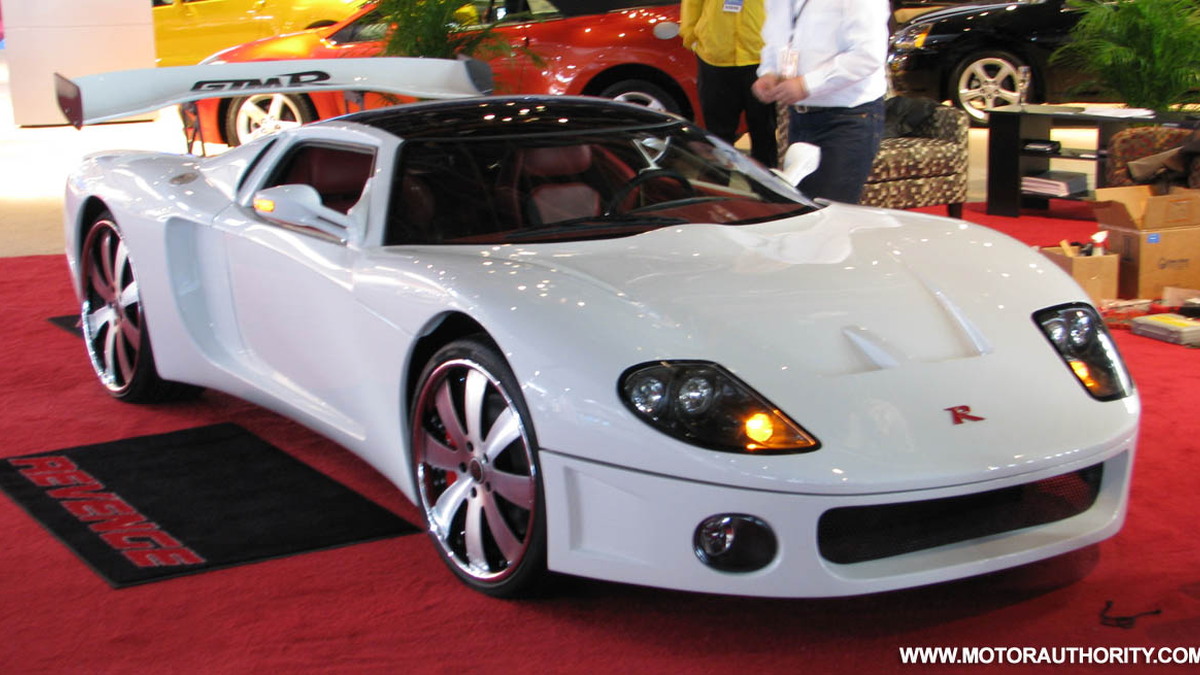 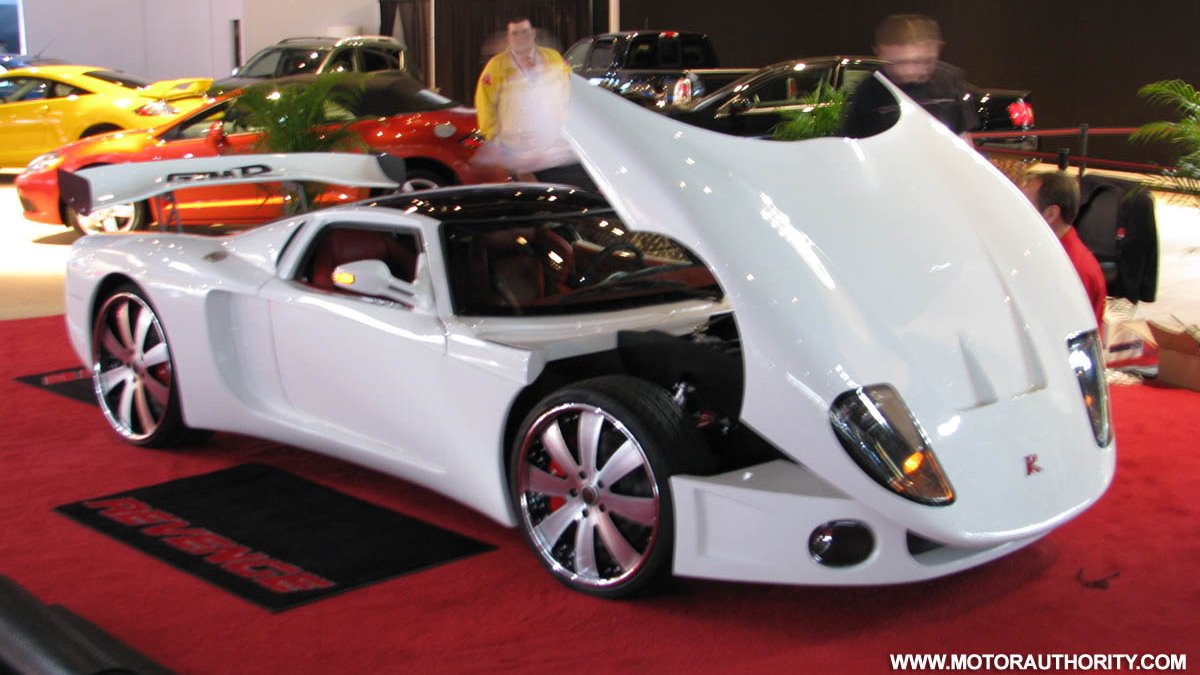 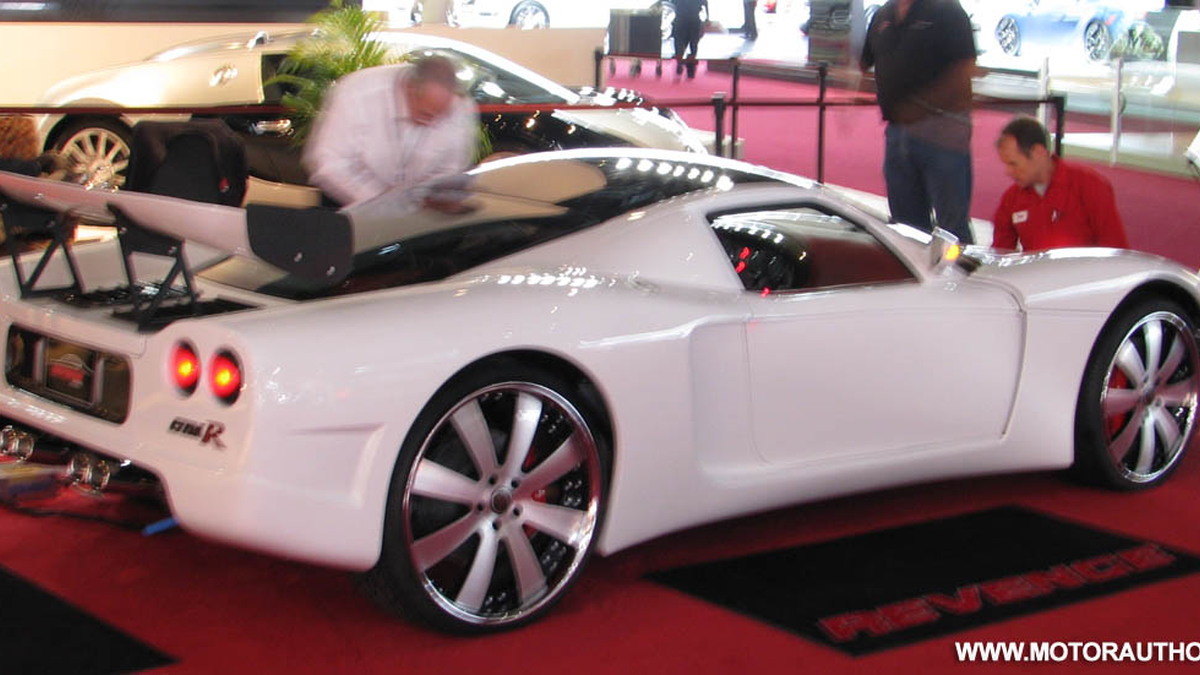 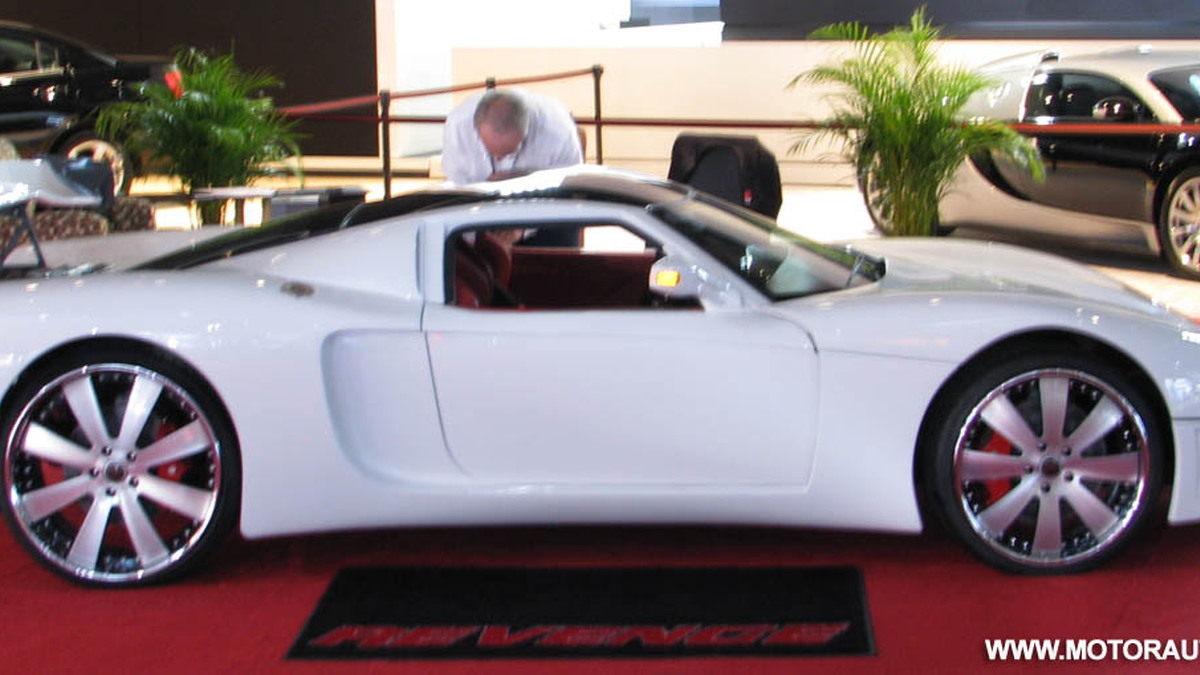 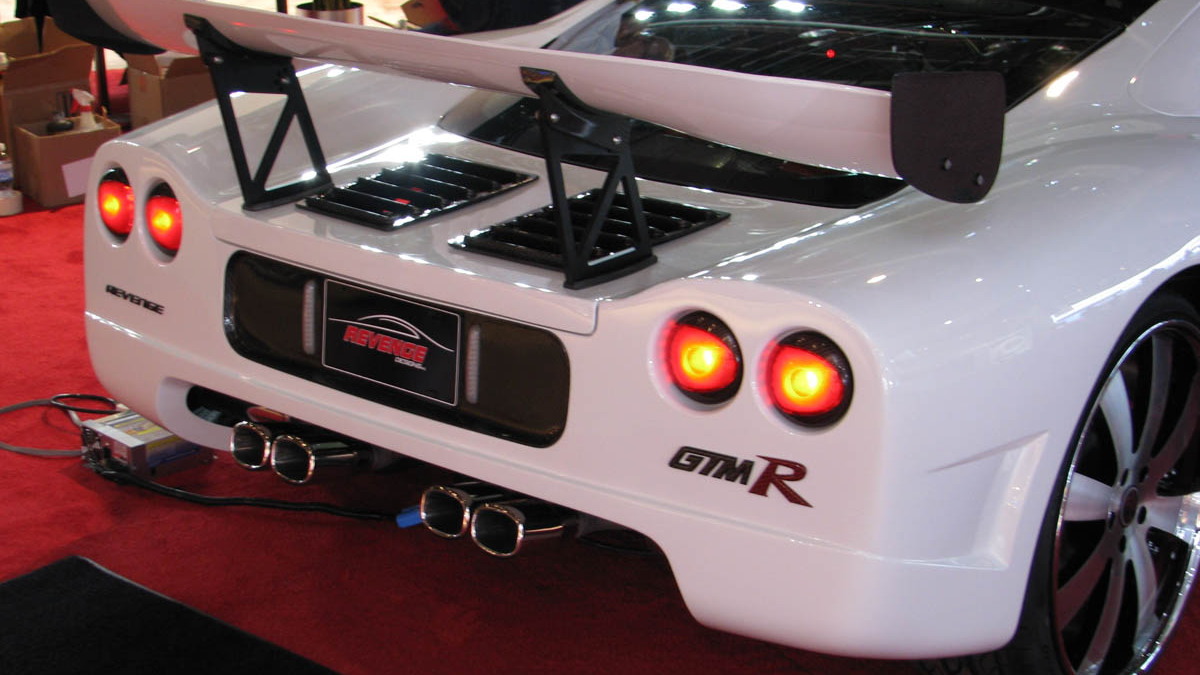 5
photos
A new 'all-American' supercar was unveiled this week at the Detroit Auto Show by Revenge Designs - a tuner of GM products such as the Pontiac GTO and Solstice. The new GTM-R supercar promises to blend Revenge Designs' aptitude for tuning with an original take on the Factory Five GTM platform.

Revenge Designs first shot to notoriety on its collaboration with renowned American tuners Lingenfelter, which resulted in the limited edition Pontiac GTO Lingenfelter Signature Series - the same car that won GM's award last year for the "Best Exterior Design" at SEMA. With all of that behind them, Revenge Designs has since been working on the GTM-R supercar, which it calls a "fusion of speed and style".

The car is Revenge Designs' first original product, and features a wind tunnel-derived aerodynamic body shape and an ultra-rigid tube-steel chassis based around the GTM from Factory Five Racing. The goal behind the car is to offer race car handling and braking, and thus lightness and weight distribution were top priorities in the design of the car. Its makers claim it will feature a 42/58 weight distribution for rearward biased handling.

Power is also another aspect where the GTM-R is expected to shine. Using GM Performance Engines, the GTM-R was originally expected to have a final power output of up to 650hp (485kW), depending on which engine is chosen, though the show car features a GM-supplied 7L engine rated at 505hp (376kW). Weighing in at just 2,550lbs (1,160kg), the GTM-R will be capable of hitting 60mph in about 3 seconds, and complete the quarter mile run in around 11.6 seconds. Power is transmitted to 20in wheels through a six-speed sequential 'fast action' gearbox, and the mid-engined RWD supercar is expected to achieve mileage ratings above 20mpg despite its 180mph estimated top speed.

Inside, the GTM-R doesn't lack for gadgets, with a touch screen navigation system, premium sound system, reversing cameras and air conditioning all included. The car also features an aircraft-style leather sports interior, and a six-point roll cage with integral halo.