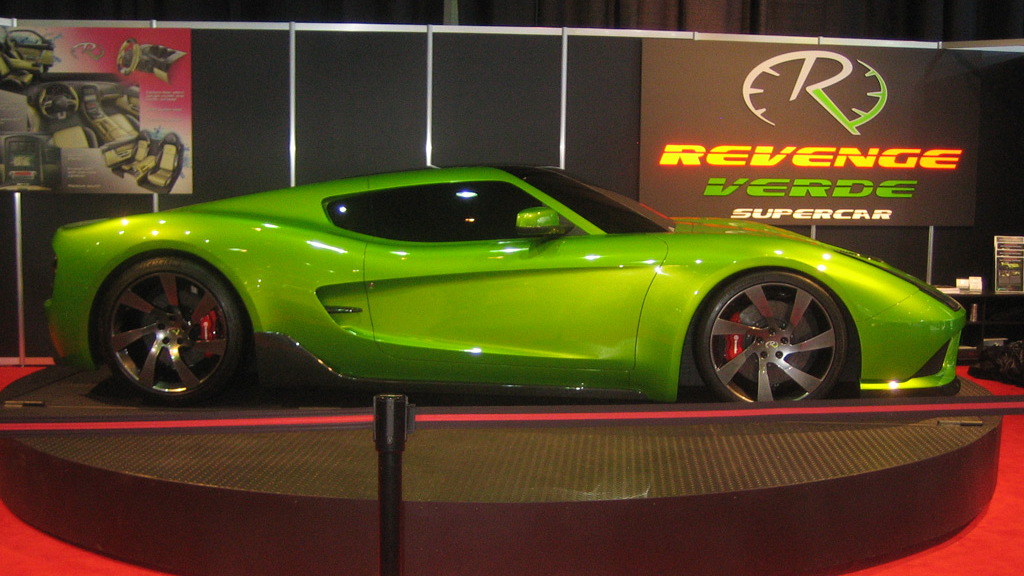 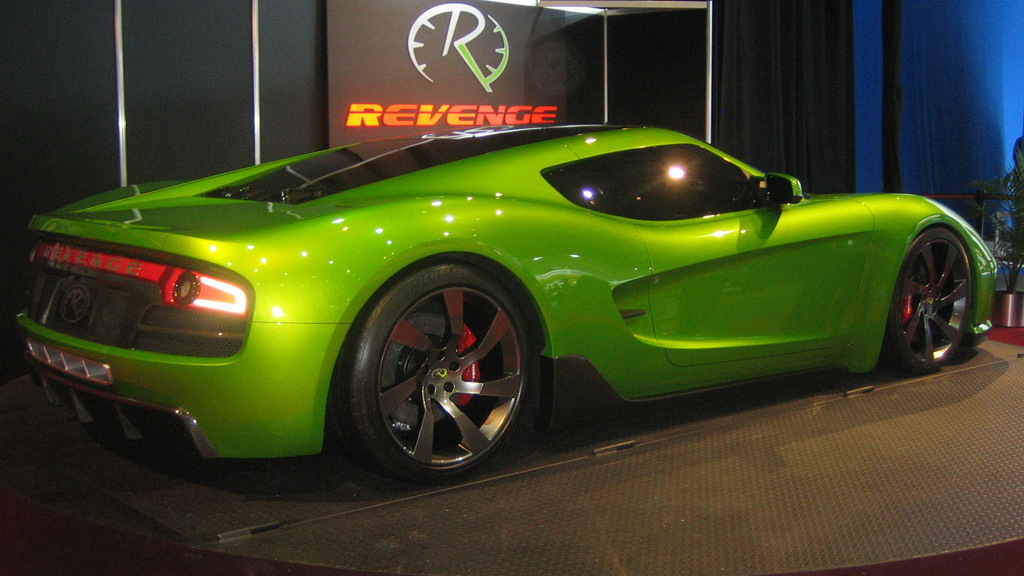 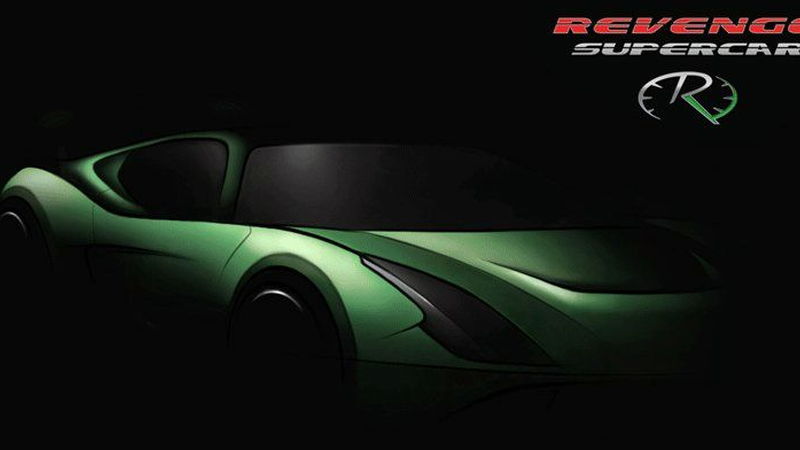 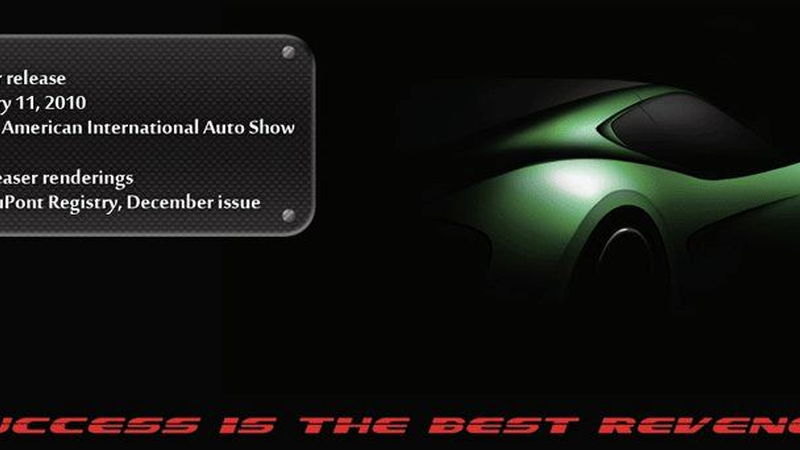 You may recall that at last year’s Detroit Auto Show, America’s Revenge Designs, a tuner of GM products turned niche auto manufacturer, unveiled its GTM-R supercar based on the Factory Five GTM platform.

At this week's 2010 Detroit Auto Show, Revenge Designs has unveiled a brand new supercar called the Verde, which the company claims will be on sale later this year and priced at $190,000.

Comparing the car to the Lamborghini Gallardo, which costs upwards of $250,000, Revenge Designs CEO Peter Collorafi said: "That Gallardo's clutch will run $16,800 to repair. Ours will be done with domestic vendors and labor and run $3,200. That's a niche we want to fill."

Justifying the pricetag somewhat is the car’s construction, which shares much in common with the Ford GT supercar.

Two different powertrains will eventually be offered for the Verde supercar: a regular V-8--either a 605-horsepower Roush-sourced Ford Racing V-8 or the supercharged LS9 from the Corvette ZR1--and an advanced gasoline-electric V-8 hybrid dubbed the HP2ge. This latter unit is claimed to return a fuel-economy of up to 110 mpg while developing a peak output of 400-horsepower and 500-pound-feet of torque.

Acceleration times are estimated at below five seconds for the 0-60 mph run and top speed should come in at 200 mph, although there will reportedly be a model capable of reaching speeds of up to 240 mph.

Revenge Designs is hoping its new supercar will be able to gather enough international attention that the company will eventually be able to start exports.