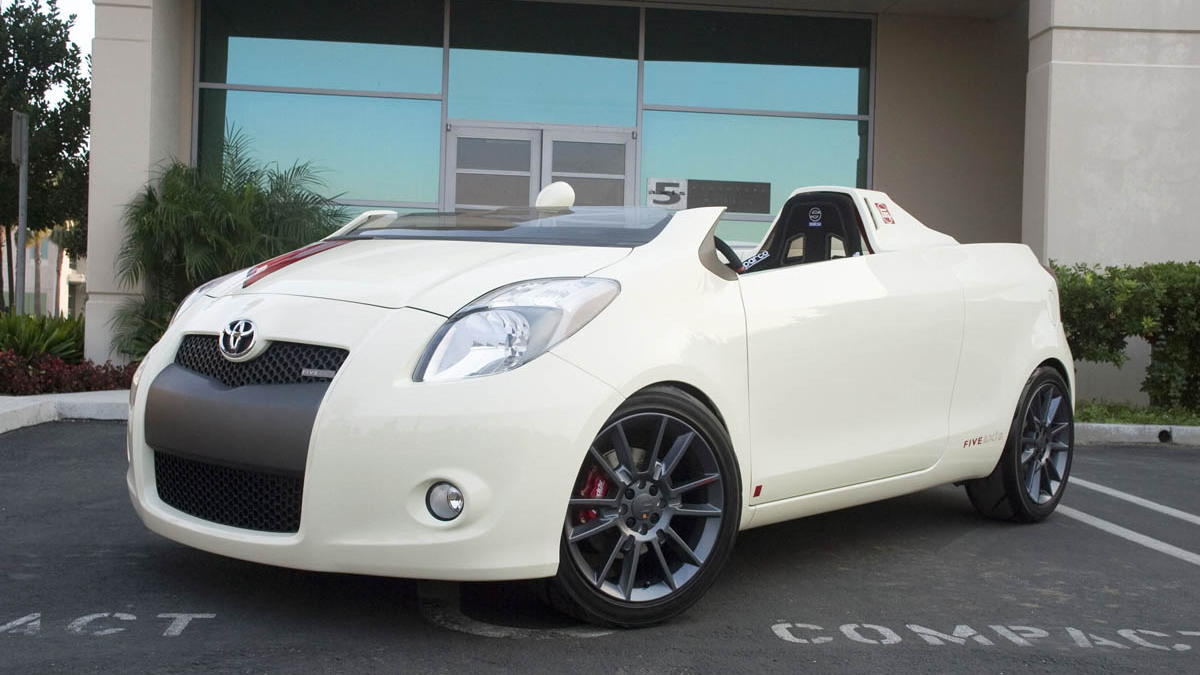 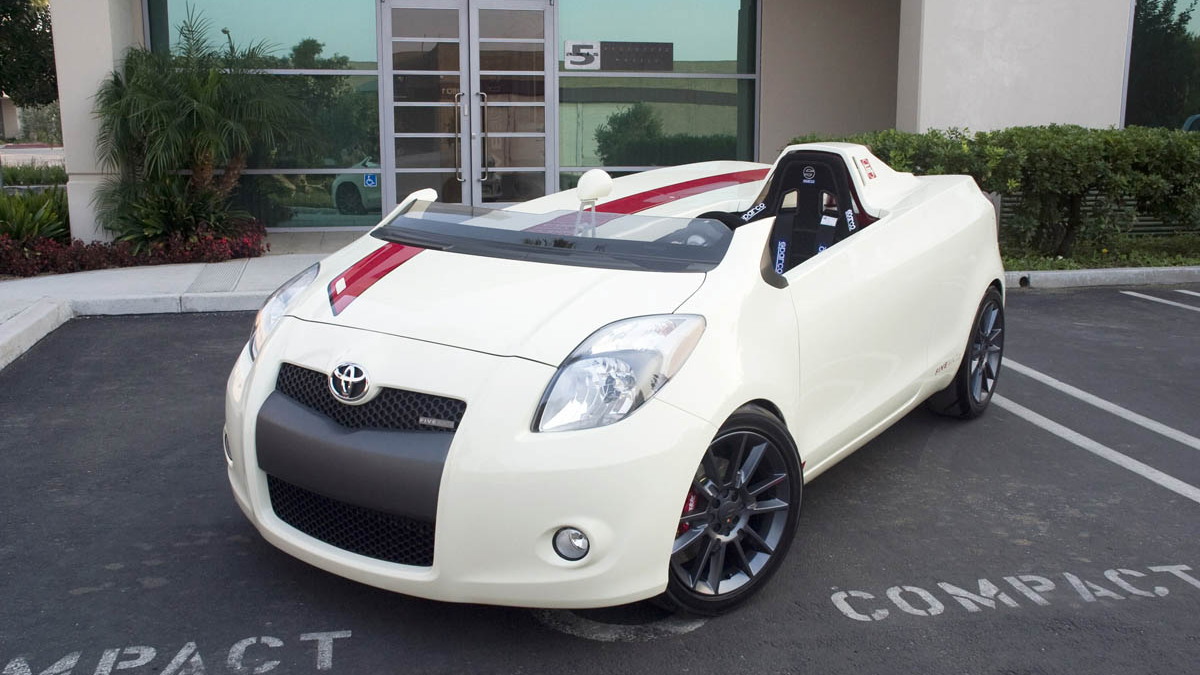 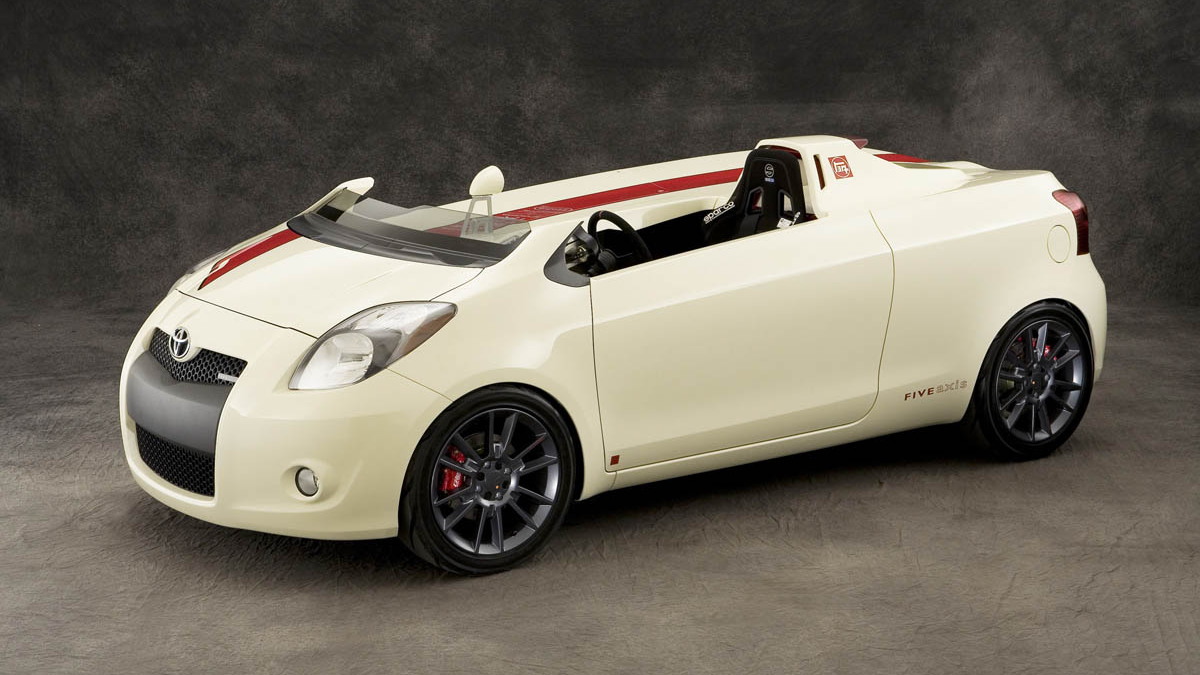 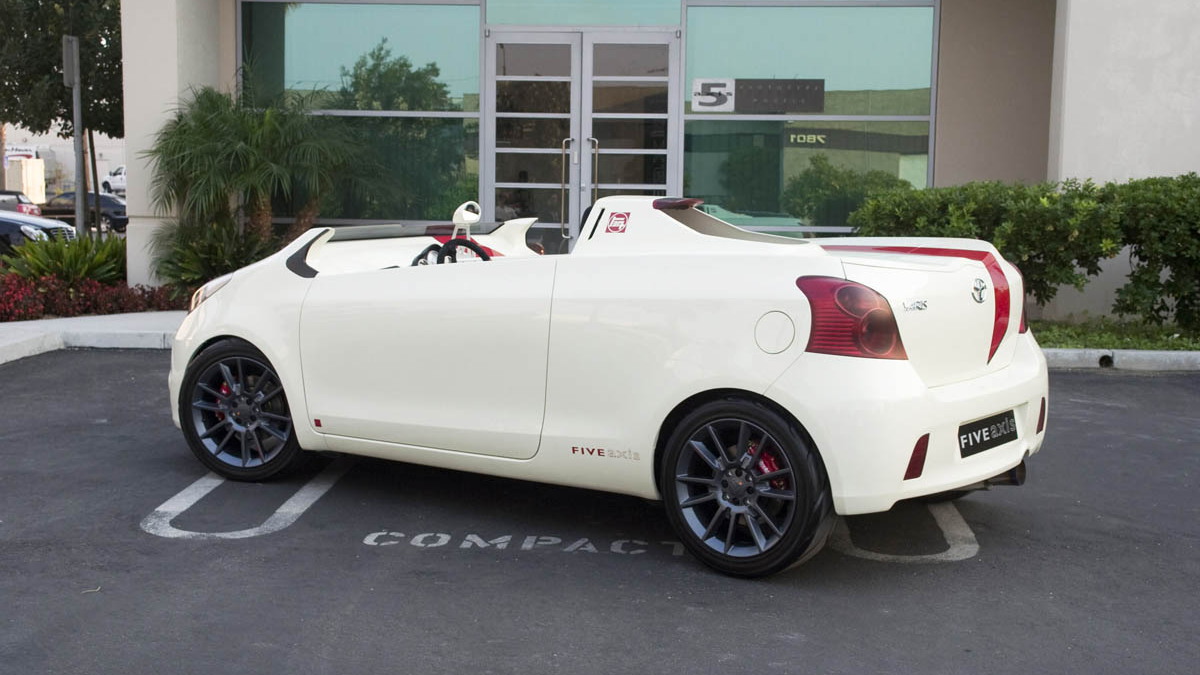 5
photos
Toyota has taken a somewhat paradoxical tack at creating a stripped-down single-seat club racer out of a front-wheel-drive Yaris econo car. The company says the design harks back to the racing heritage of the Can-Am Group 7 category Toyota 7 from the late 1960s.

The little car certainly looks well-suited to track duty, with its minimalist design essentially doing away with the entire interior except for the cockpit, low-chopped speedster windshield, lightweight alloy wheels and racing stripe paint job.

The engine has had some oomph added by way of a supercharger feeding it extra air, plus a reworked exhaust headers and exhaust system to handle the extra flow. Upgraded coil-over shocks were added, the car was lowered and larger brakes more suitable to repeated use were installed as well.

The final result is an output up 60hp (45kW) over stock at 166hp (124kW), a very aggressive look for such a small vehicle, and what is likely a good deal of additional grip and transitional capability thanks to the suspension upgrade and 17x7.5" alloy wheels. The car is likely to be an enjoyable track-day companion, but it doesn't really do justice to its Can-Am racer muse, whatever the paint scheme.