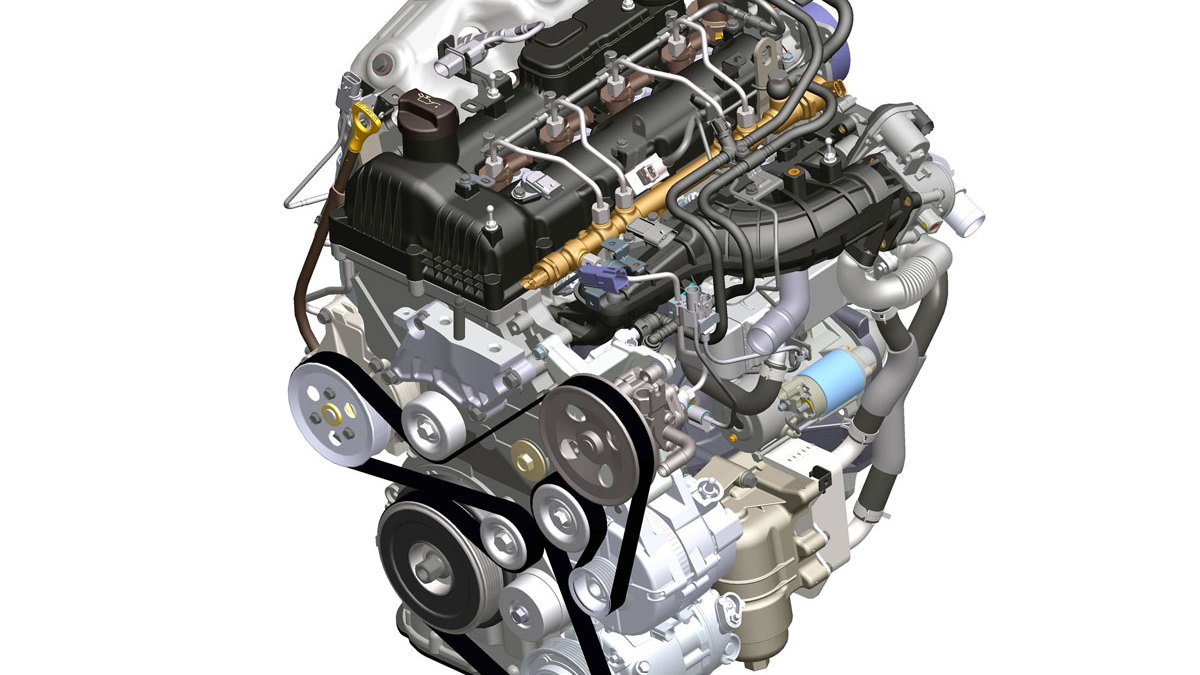 The new engines will be headed into a range of vehicles, and though Hyundai hasn't yet officially announced the applications, the 2010 Tuscon and Sonata are expected to be the first. Both vehicles are available in the U.S., so the possibility for eventual sale Stateside exists. Of course, the engines would have to pass 50-state emissions certifications among other regulatory and logistical requirements, but the attractively efficient and compact powerplants could be worth the expense.

The engines are already Euro-5 compliant thanks to a close-coupled diesel particulate filter and exhaust gas recirculation, but California's CARB certification standards are notoriously harsh on diesel powerplants, and many other states use CARB standards for their emissions certification.

Hyundai views the R-Engine's development as confirmation of its design prowess. "R proves Hyundai's diesel development capabilities really are world-class. With diesels becoming cleaner and more fuel efficient all the time, there's a growing demand for diesel powerplants worldwide and Hyundai is well positioned to supply the market with the very best diesel technology," said Dr Hyun-Soon Lee, president of the Corporate Research and Development Division.

Five hundred prototype engines were built during the 42-month development period, eventually leading to a final design that satisfied NVH, cooling and lubrication standards in addition to performance and emissions goals. Once a final design was decided, the engine was tested across "all imaginable environmental conditions."

Hyundai intimates that the idea of an application in the Tucson and Sonata is on-target, but says only that the R-Engine will begin production in 2009 and will first arrive in "new SUV vehicles and large saloons."