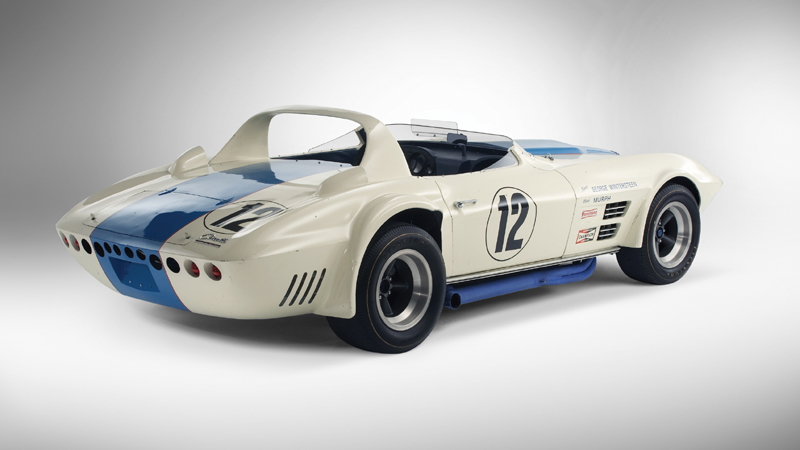 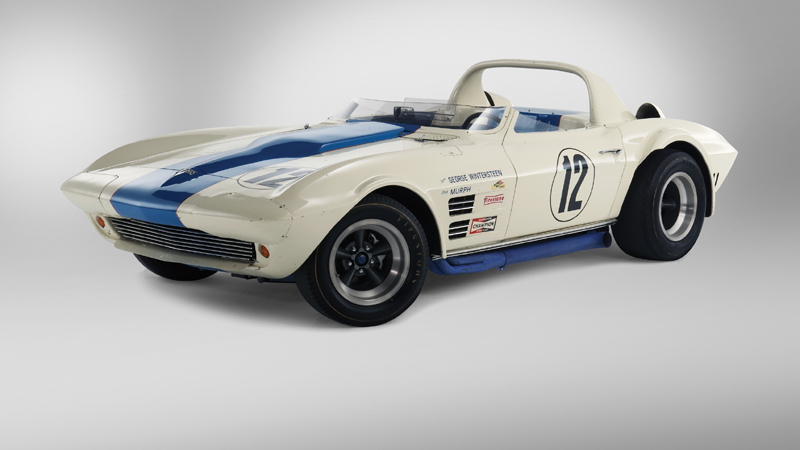 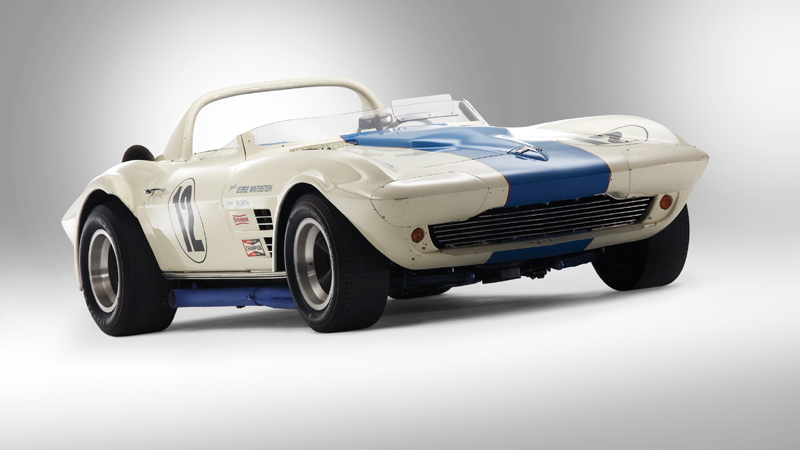 4
photos
An American auction house will be selling off one of the rarest and most valuable Corvettes in history – the mighty 1963 Chevrolet Corvette Grand Sport, chassis no. 002.

Often referred to as an enigma in motor racing history the Grand Sport was General Motor's contender to Ford's formidable Shelby Cobra. Envisioned by the 'father of the Corvette', the late Zora Arkus-Duntov, these top secret, hand-built race cars were designed to win at FIA endurance races and ultimately the 24 Hours of Le Mans. Only five were built out of an expected 120 car run before GM canceled its competition activities in early 1964. Nevertheless, the extreme performance derived from high horsepower and lightweight construction realized Duntov's ultimate conception of the Corvette.

Now the multi-million dollar 1963 Chevrolet Corvette Grand Sport (Chassis no. 002) with its original un-restored race body is being offered for the first time ever from RM Auctions. Previously owned by Roger Penske, the owner of Penske Racing, and successful racing driver George Wintersteen, 002 is one of just two roadsters produced out of the original five prototypes, making it even rarer than its siblings.

While the Grand Sports often had different engines, apparently the most potent powerplant was a 550hp (410kW) V8 unit. In a car as light as the Grand Sport - which had a target racing weight of just 1,800lb (818kg), this would have given the Grand Sport some serious performance credentials, in a straight line at least. Supposedly, the Grand Sport's aerodynamics were not completely honed for high-speed handling and could cause some hairy situations at times.

Keith Martin, Publisher of Corvette Market magazine describes the Grand Sport as "one of the most desirable Corvettes ever built. With its significant racing history, featuring a strong showing in the 1966 U.S. Road Racing Championship, it is the most important Corvette to ever be offered for sale publicly."