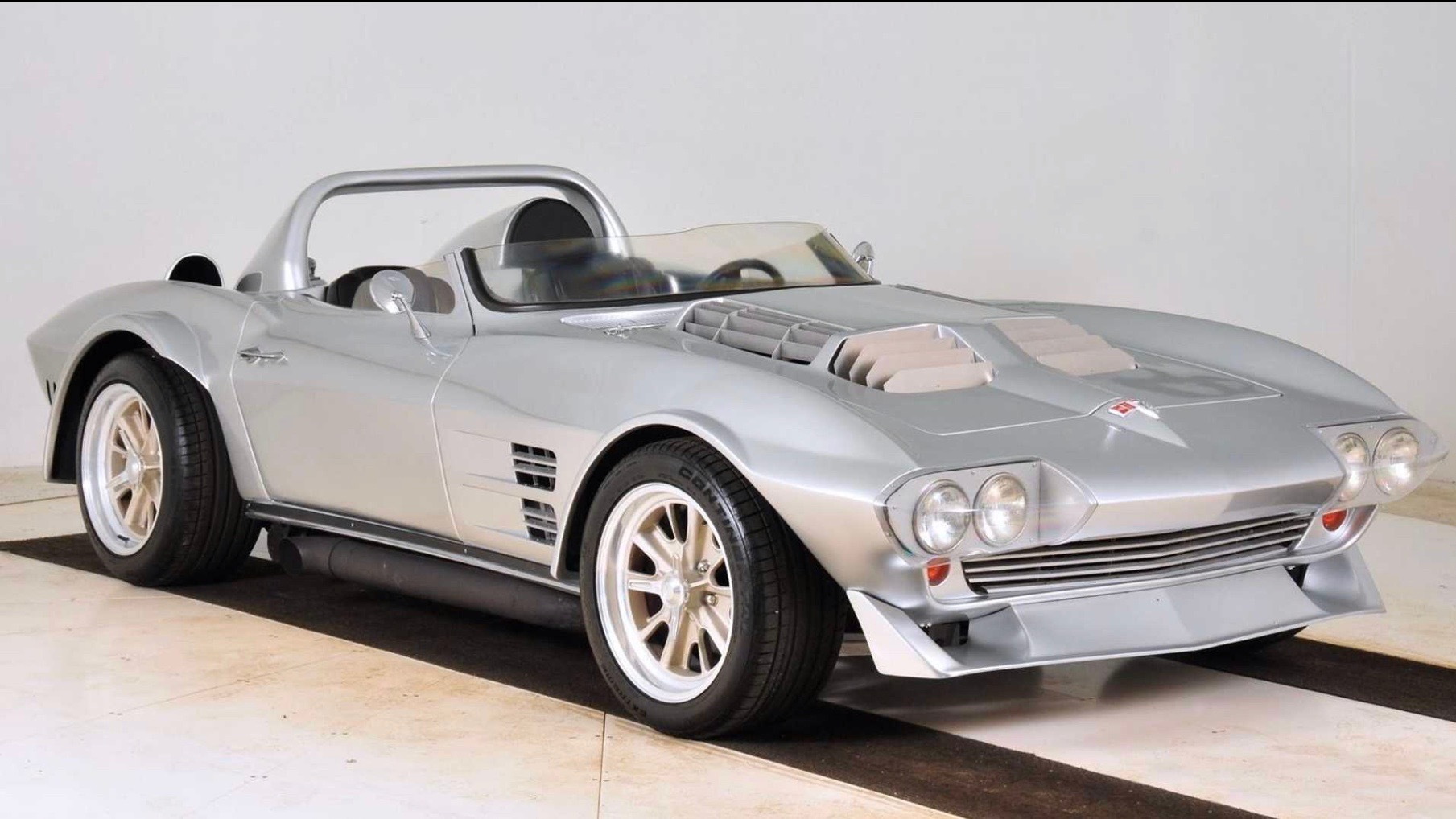 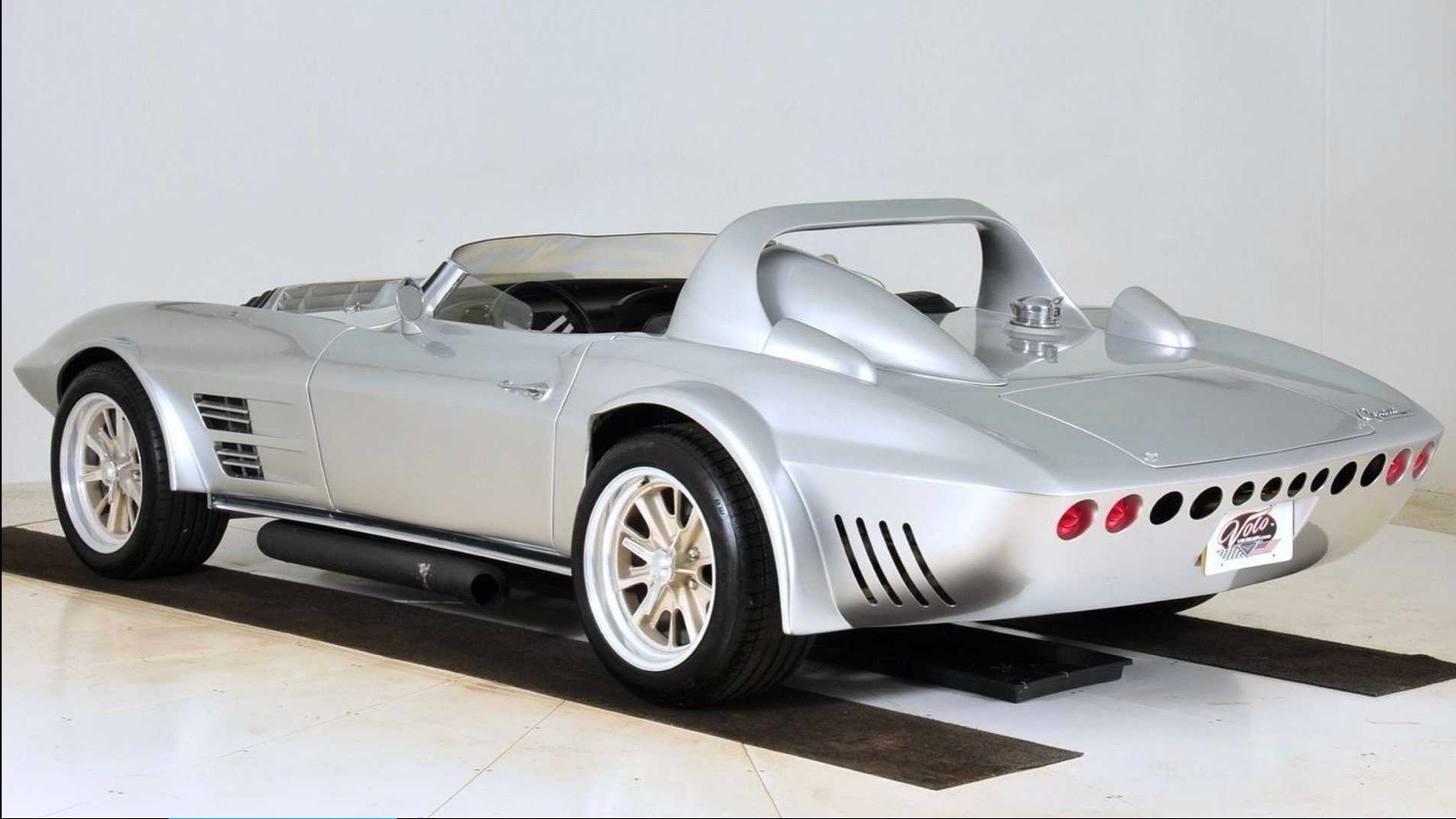 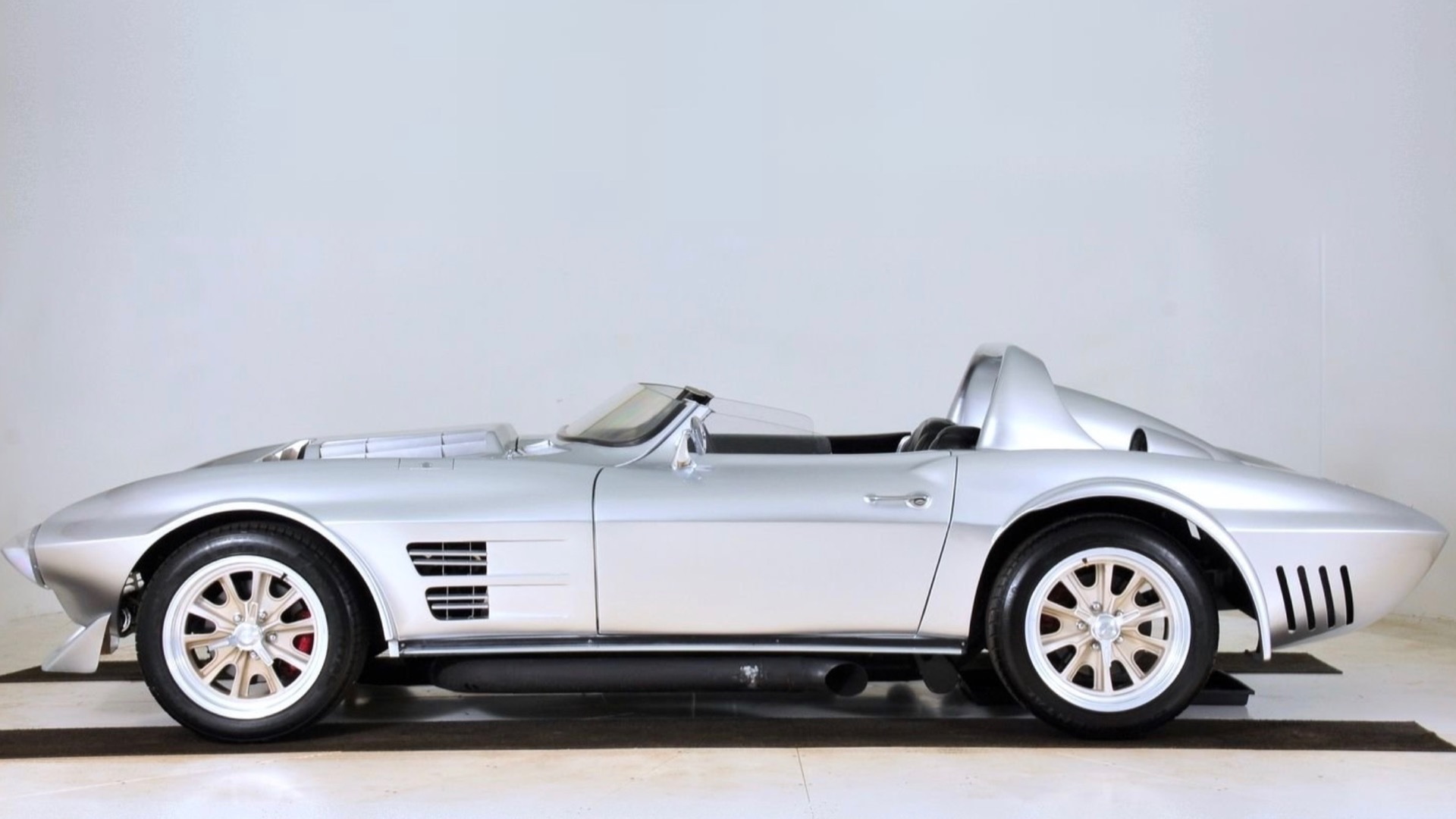 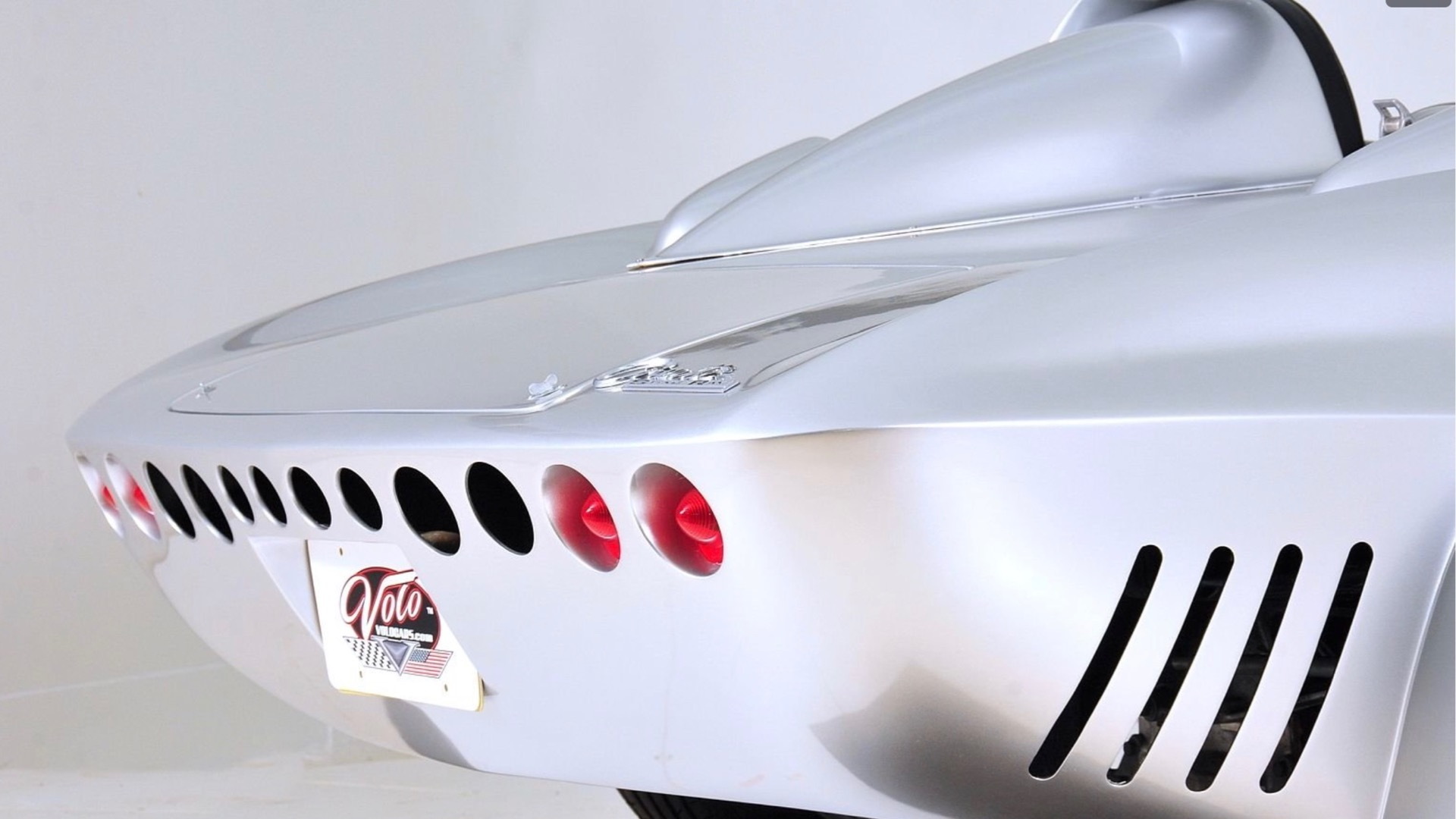 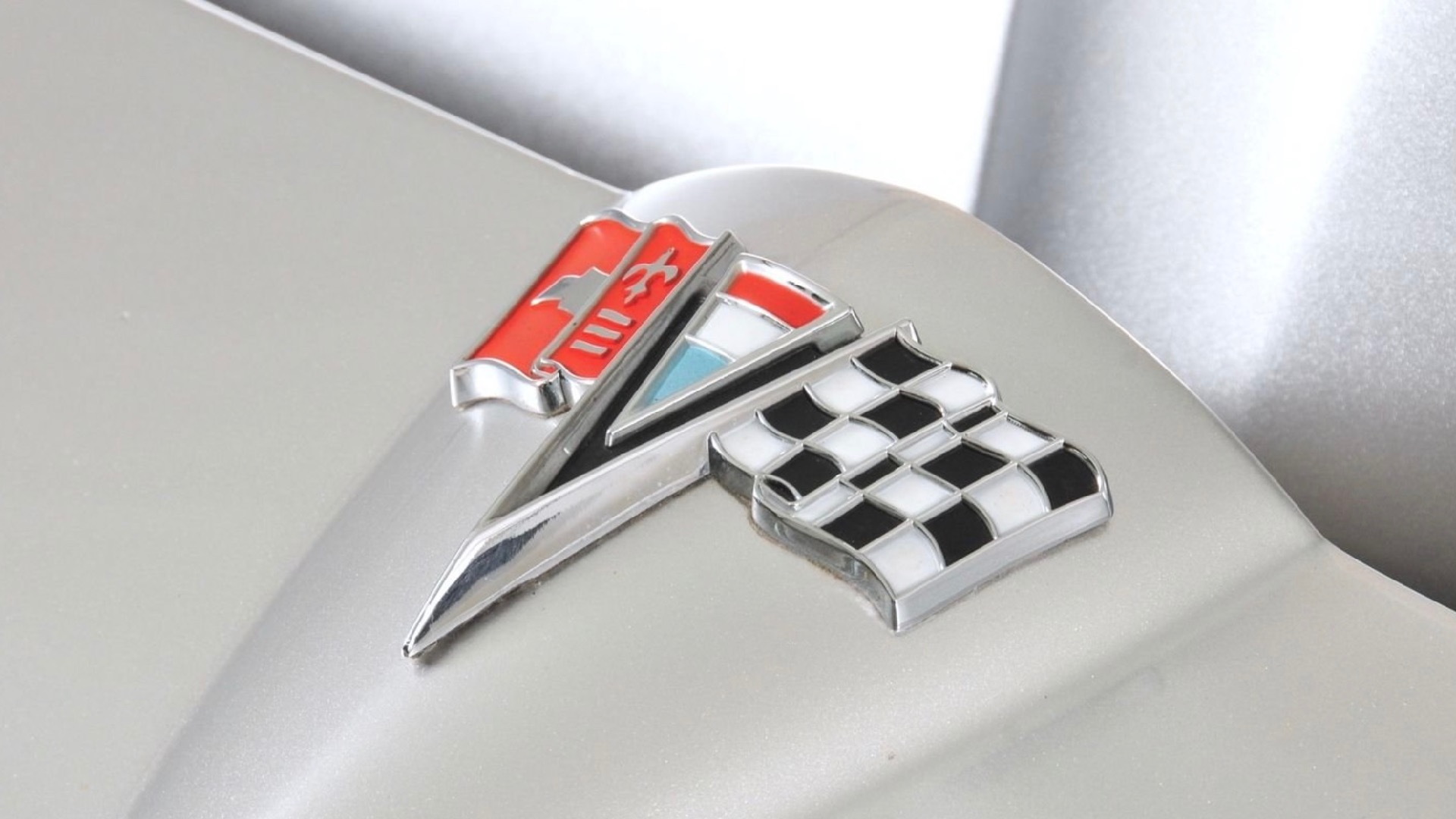 The "Fast and the Furious" franchise may have started out with tuner cars, but by the time "Fast Five" premiered in 2011, the series had expanded to include cars like this 1963 Chevrolet Corvette Grand Sport replica, which will be auctioned off online by Volo Auto Sales starting April 14.

First spotted by Motor1, the Grand Sport replica only appeared briefly in "Fast Five." It was one of several cars stolen off a moving train by the heroes, only to plummet off a cliff to its doom shortly after. Still, the Grand Sport is a bona fide movie car—and a cool one at that.

The original Grand Sport was a heavily-modified version of the C2 Corvette designed for racing—hence the numerous cooling ducts, bulging fender flares, and fixed headlights. Only five original cars were built—two convertibles and three coupes—establishing enough of a reputation that Chevy brought back the Grand Sport name for variants of recent Corvettes.

The replica was built by Mongoose Motorsports, which is licensed by General Motors to build these cars. It has a custom tubular chassis with C4 Corvette suspension and a GM Performance 5.7-liter V-8 crate engine that makes 380 hp, according to the listing. It's also an automatic, which isn't uncommon for movie cars as it makes them easier to move around on set.

This is one of three surviving Grand Sport replicas from the film, and was used as a "hero car" for close-up shots, according to the listing. That means it likely got the most screen time, and is closest in appearance to what you see on screen. Movie productions generally use multiple cars, which are only made to look or function as good as they need to for a particular scene. For example, a car used for stunts might not have a full interior, because that wouldn't be shown in a given shot.

The auction house expects this movie car to sell for between $95,000 and $100,000, while Mongoose advertises new cars (without the movie pedigree) at "under $100,000." Either way, the "Fast Five" car should be a lot less than one of the five original Grand Sports, which have seven-figure valuations.