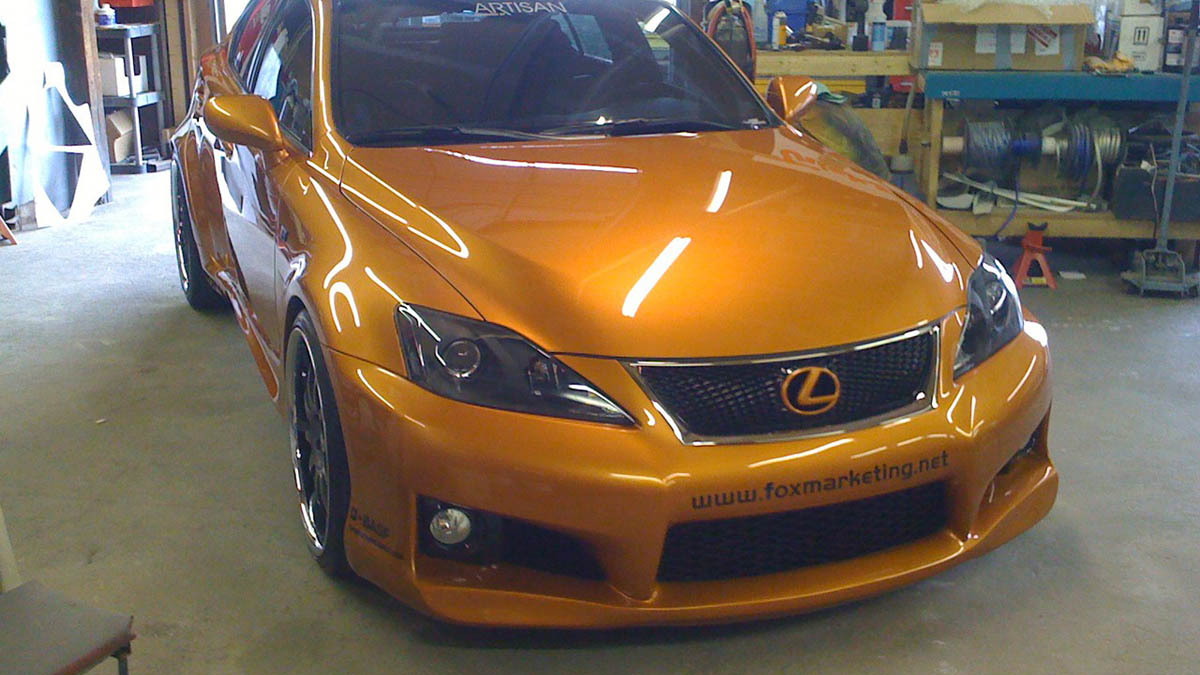 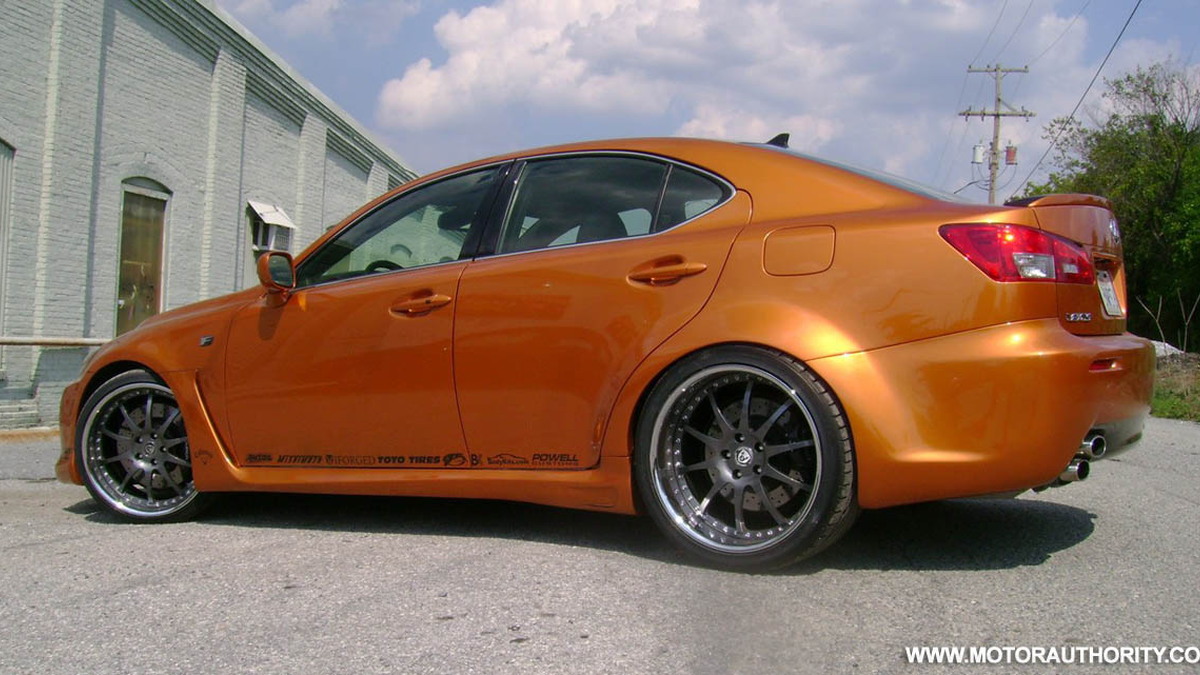 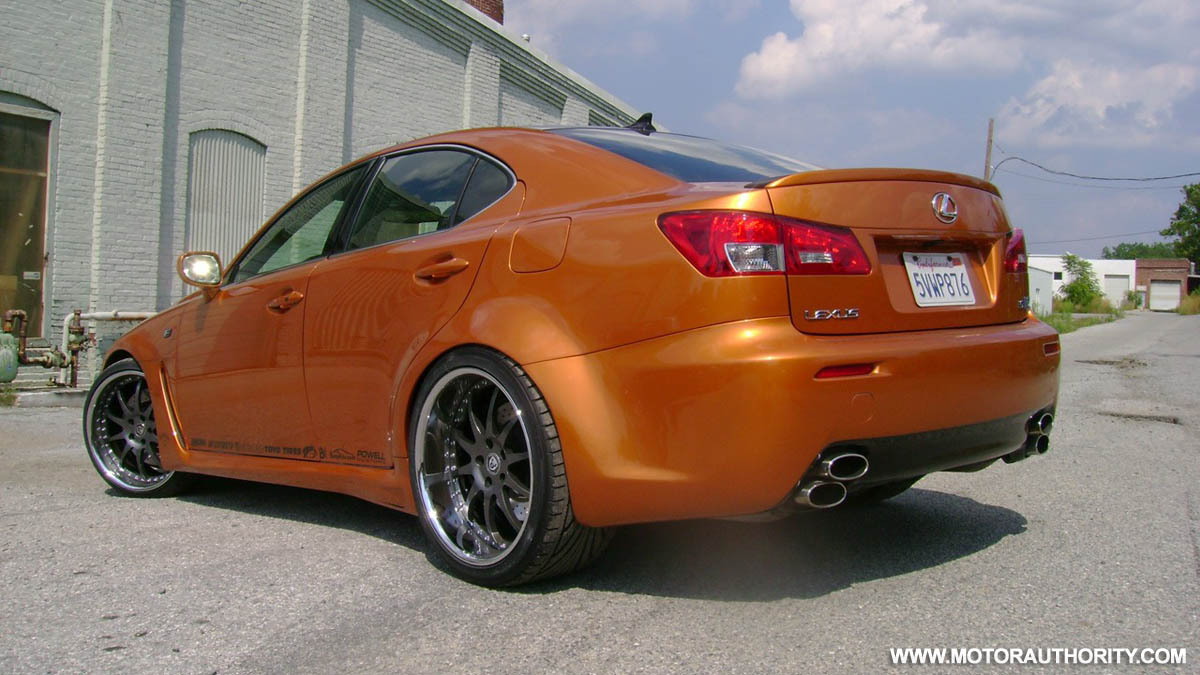 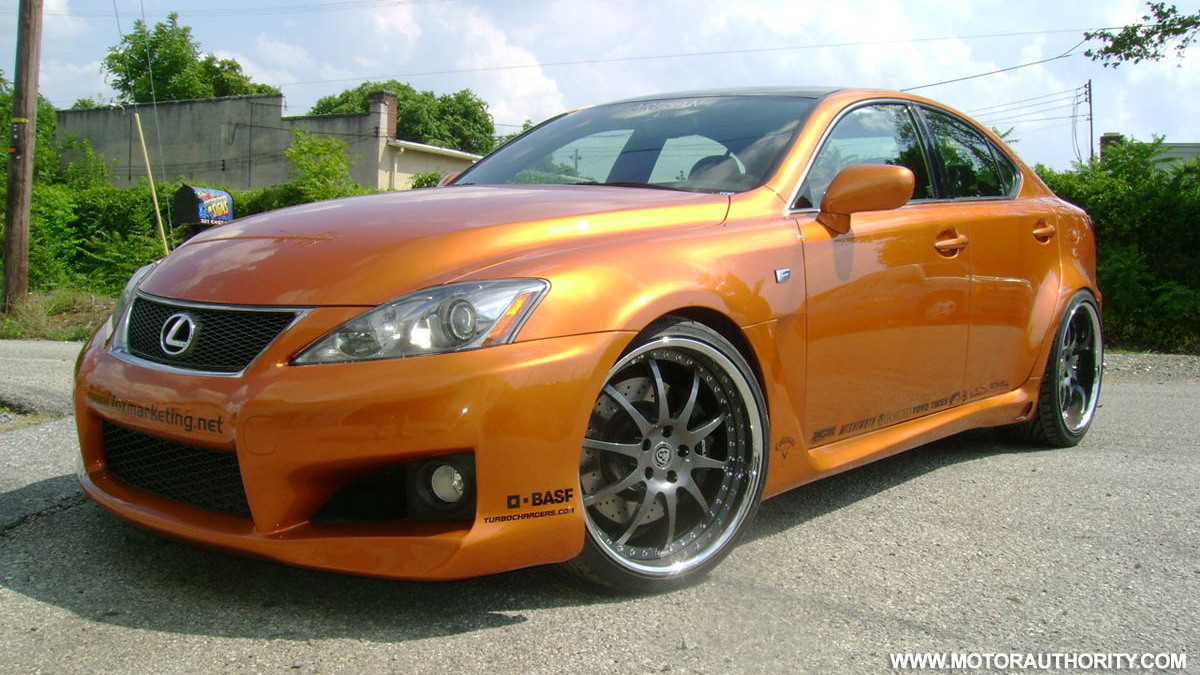 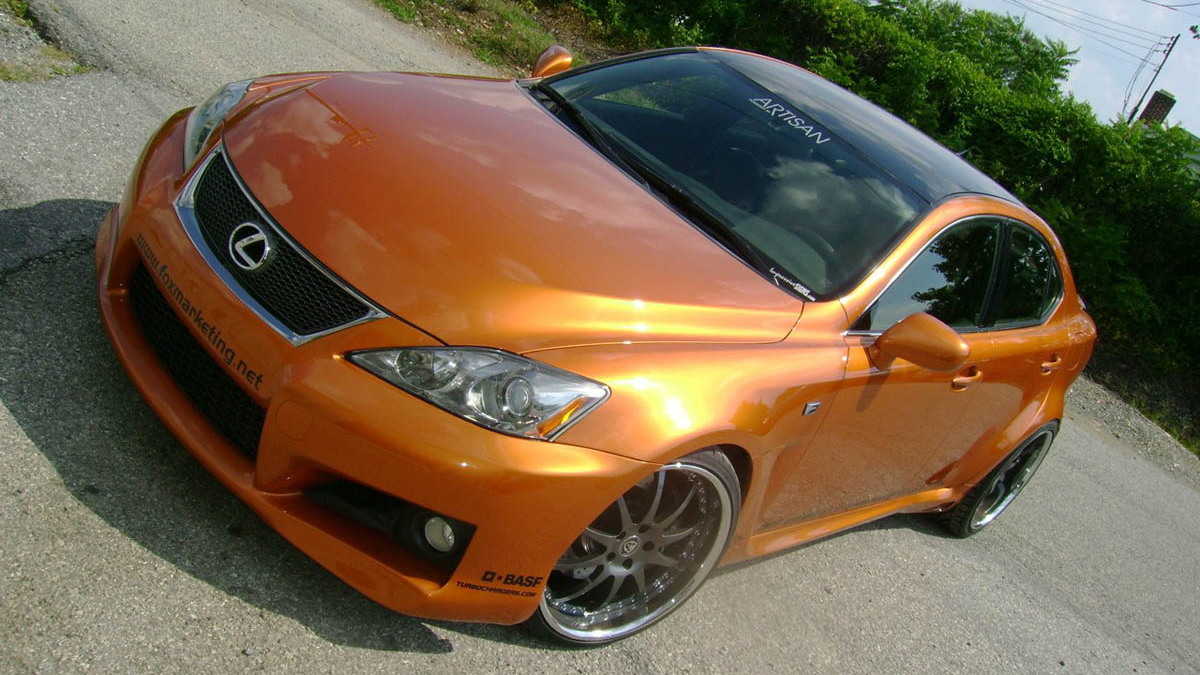 6
photos
The annual Specialty Equipment Market Association (SEMA) show in Las Vegas is a little more than a month away but already we have a number of details for several of this year’s highlights. We’ve already seen renderings for a widebody Mercedes Benz GLK, as well as a street racer Hyundai Genesis Coupe, and now we have the first details for a twin-turbocharged 2009 Lexus IS-F developed by Artisan Performance.

The Texas-based tuner has not only added a custom twin-turbo set-up to the IS-F’s 5.0L V8 engine, but has also upgraded some of the internals. The list of aftermarket components includes JE pistons, Crower connecting rods, a Mishimoto radiator, and a custom Artisan exhaust. The end result is a healthy 600hp (450kW) developed at the rear wheels. By comparison, the standard IS-F develops 416hp (310kW) at the flywheel.

To match the car’s powertrain performance, Artisan has added a new bodykit consisting of unique front and rear bumpers, sporty side skirts, pumped fenders and an integrated rear diffuser. Other features include 20in iForged alloy wheels, Toyo T1R tires, and blacked out headlights.

The new exhaust system featured on the kit will go on sale as early as next month and will be followed by some of the more serious upgrades soon after the car’s unveiling.