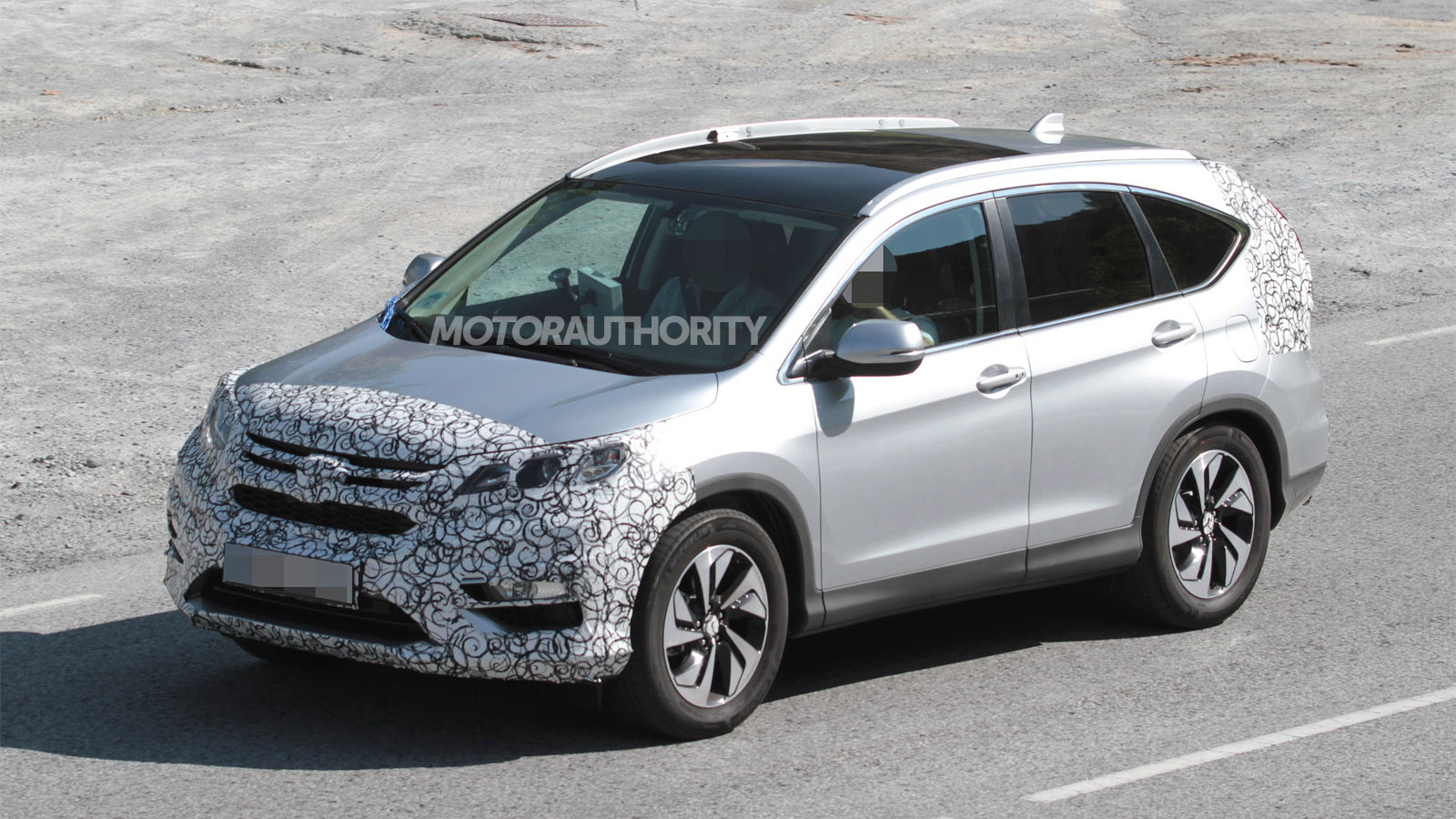 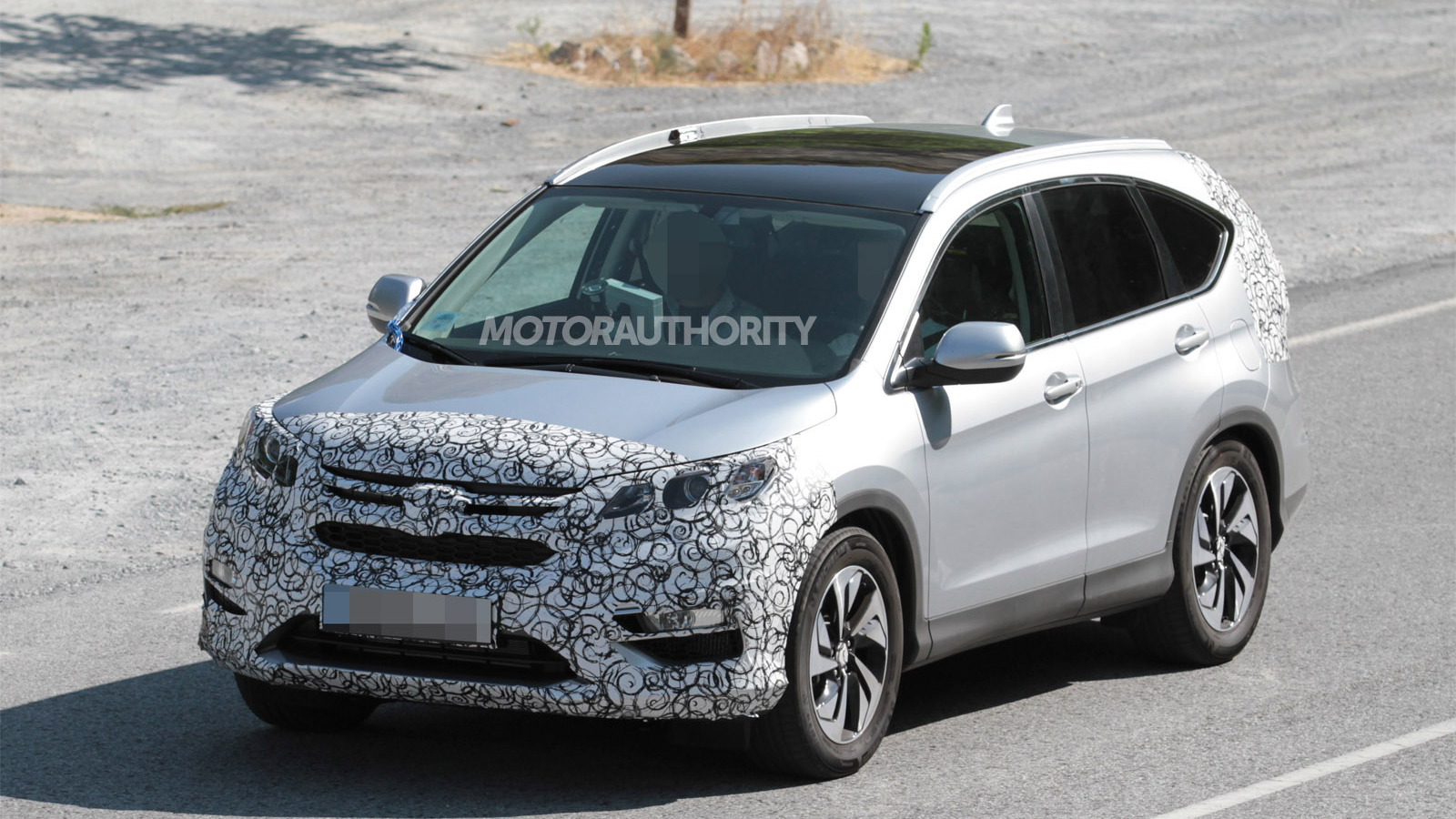 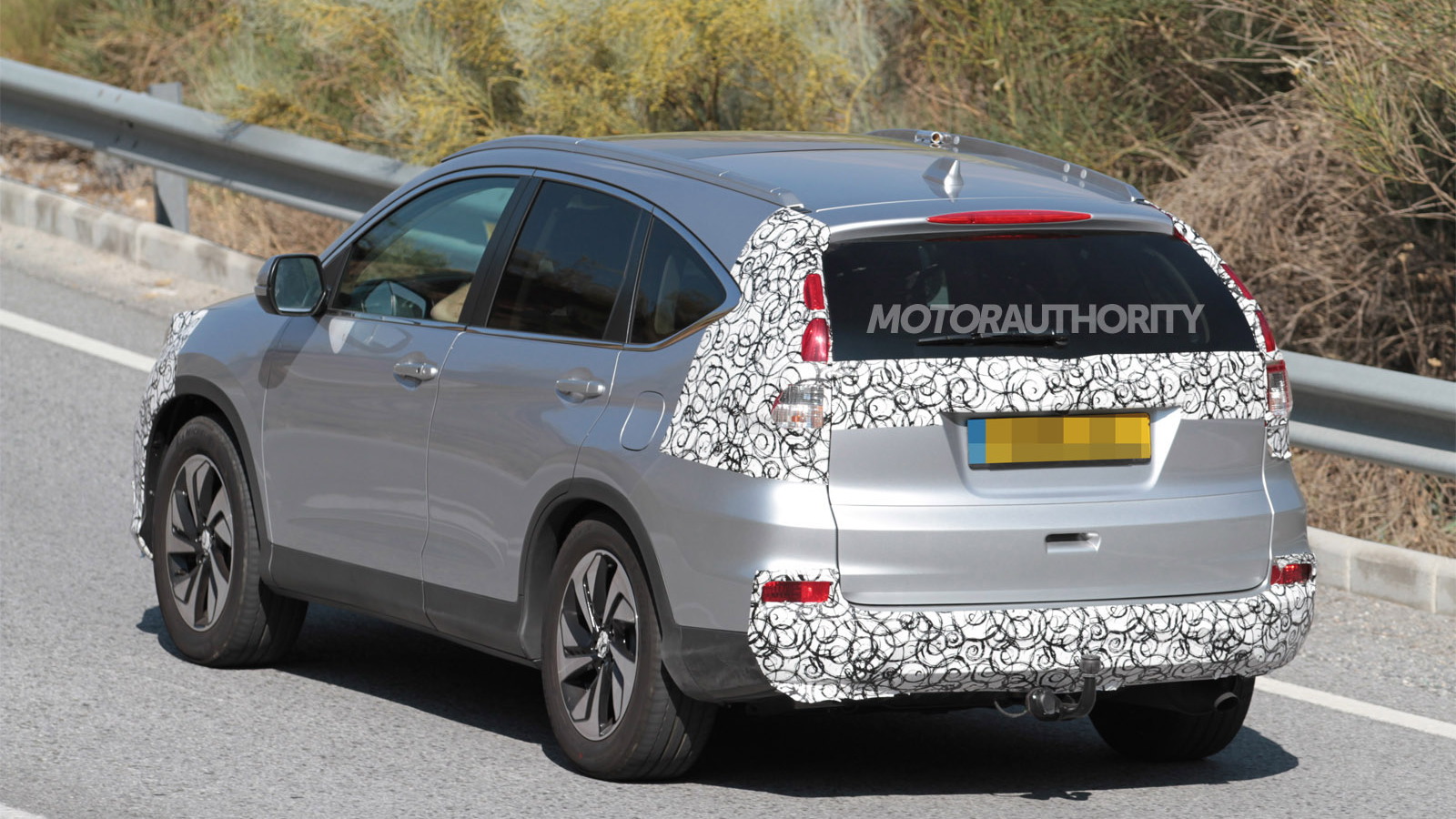 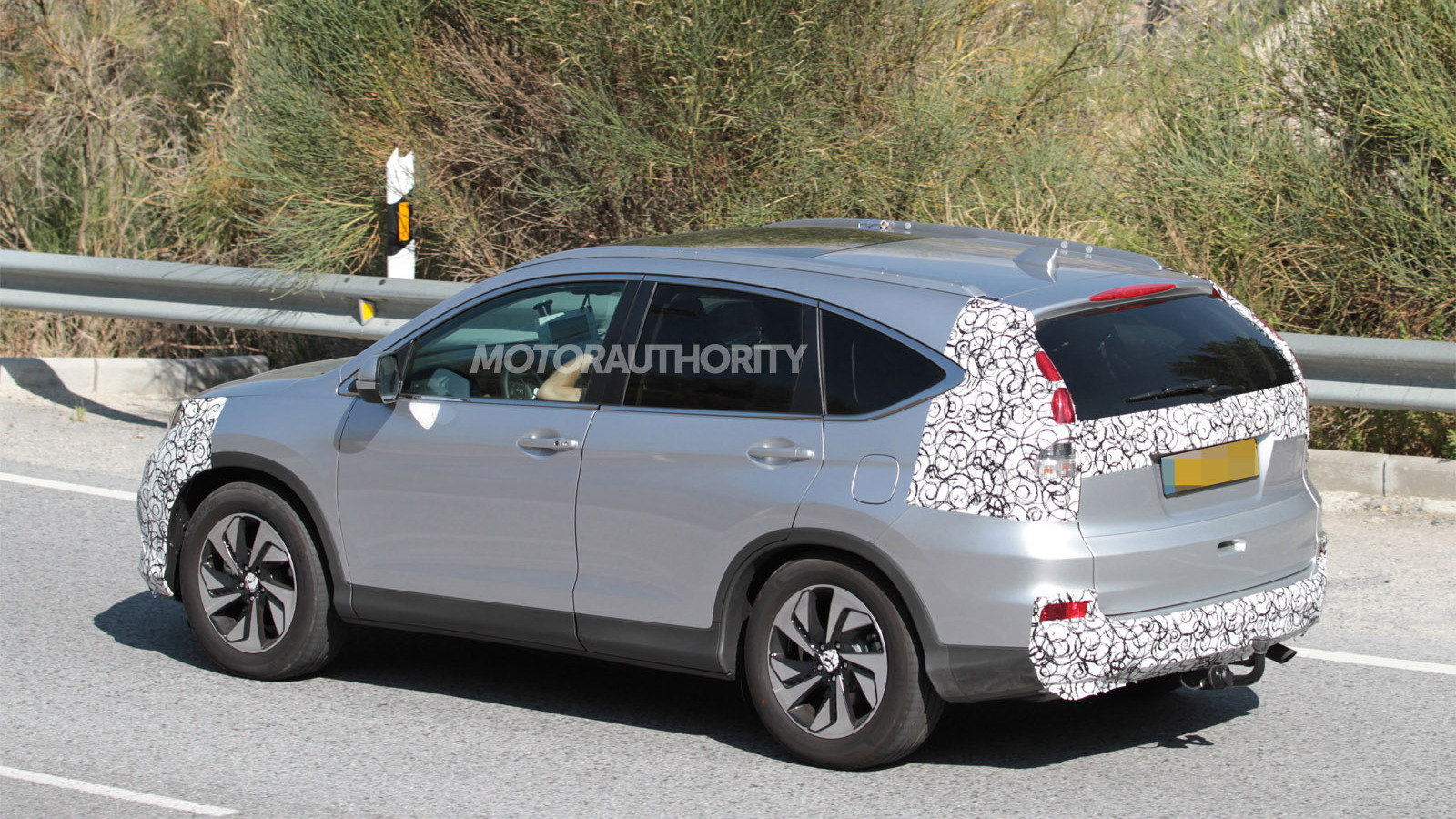 17
photos
Honda’s current-generation CR-V crossover was all-new for the 2012 model year and soon it will receive its mid-cycle update, which we’re expecting to be introduced this fall, for the 2015 model year. The first spy shots of a prototype for the updated CR-V, revealed it would some significant changes to its front-end styling in addition to a few tweaks at the rear. The latest images reveal these changes in greater detail.

Look for a design similar to that of the smaller HR-V, which is also set to be introduced for the 2015 model year. The wheel pattern is also new, and it looks like larger 17-inch wheels are being used instead of the usual 16-inch set found on the CR-V.

For the interior, expect a number of updates mostly aimed at improving the quality but also to add more connectivity options. For example, we should see the 2015 CR-V adopt the HondaLink app feature.

Currently, the CR-V is powered by a 2.4-liter four-cylinder engine good for 189 horsepower. We hear that the 2015 model will continue with a 2.4-liter engine, but the more refined unit found in the Accord sedan. Thanks to direct-injection technology, output for the 2015 CR-V should be higher than that of the current model. We may also see a CVT replace the current model’s five-speed auto.