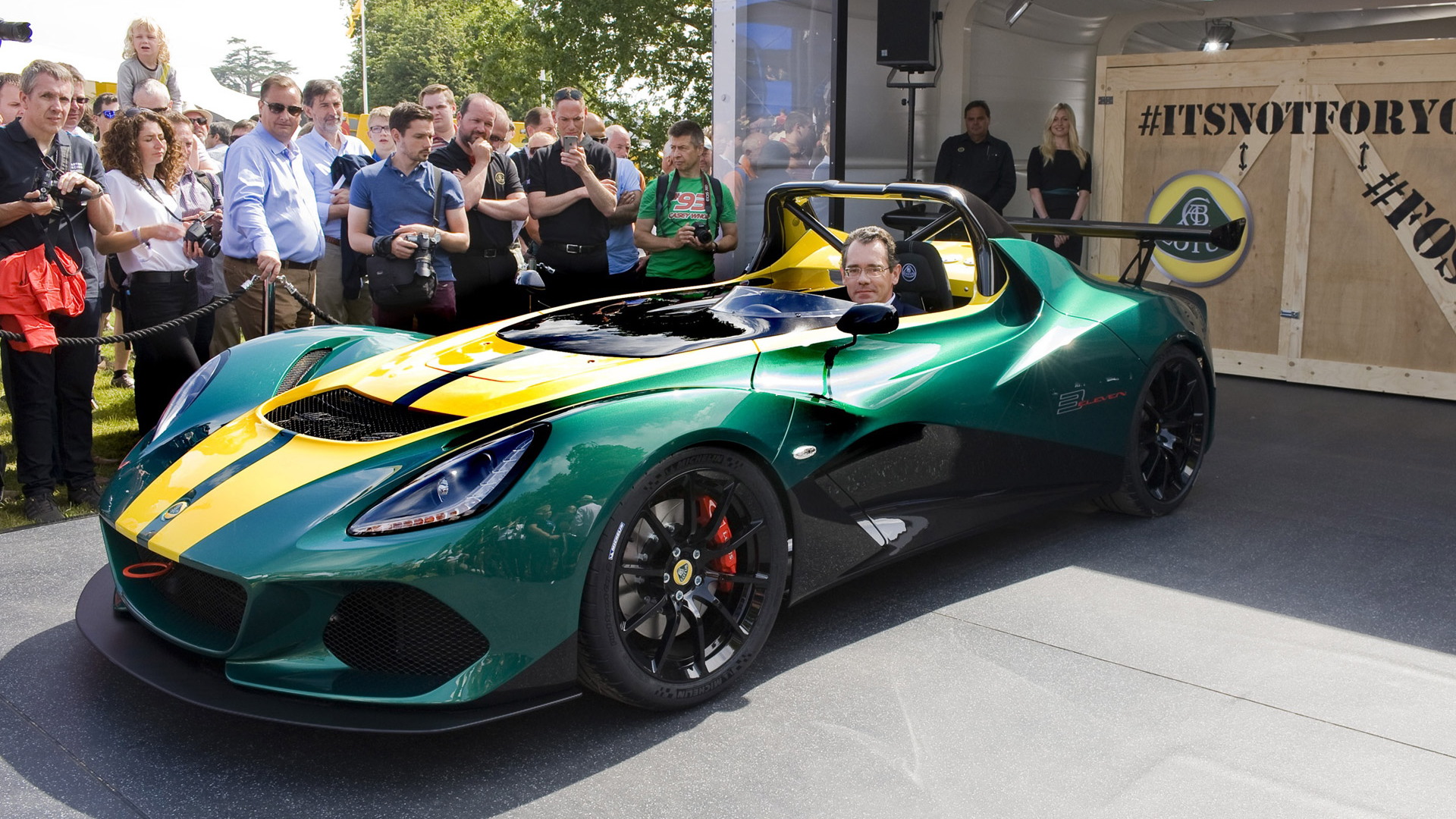 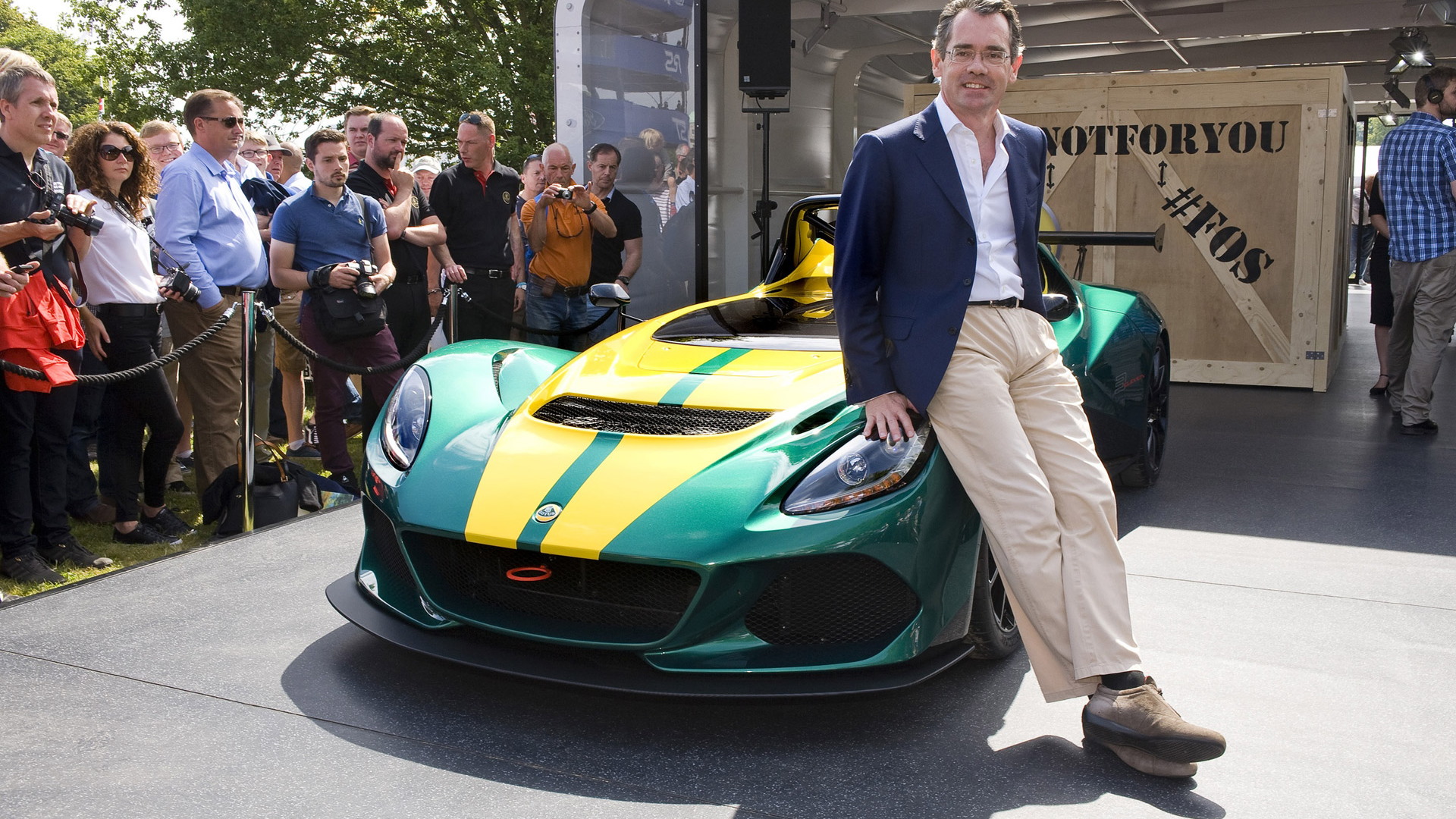 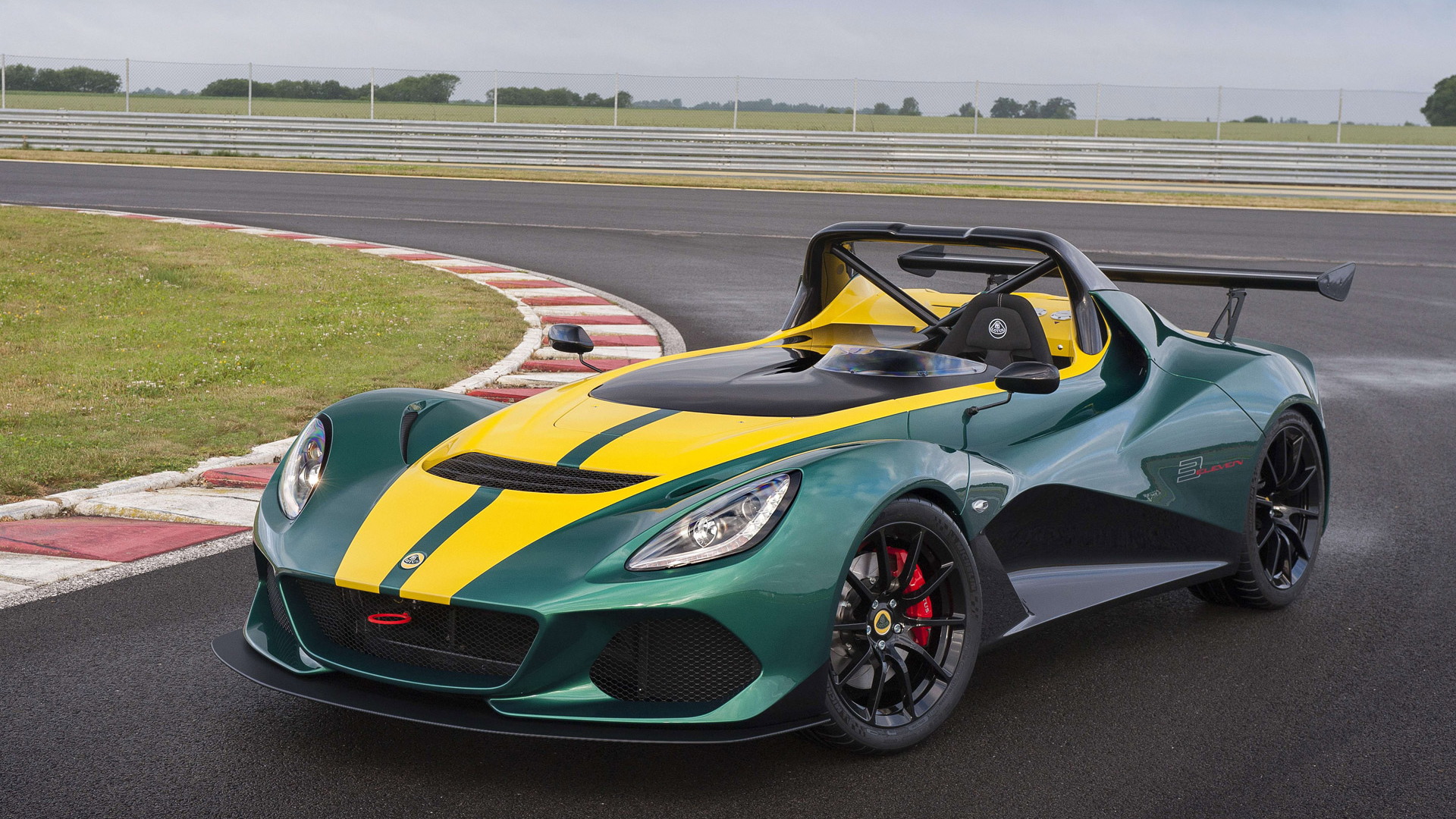 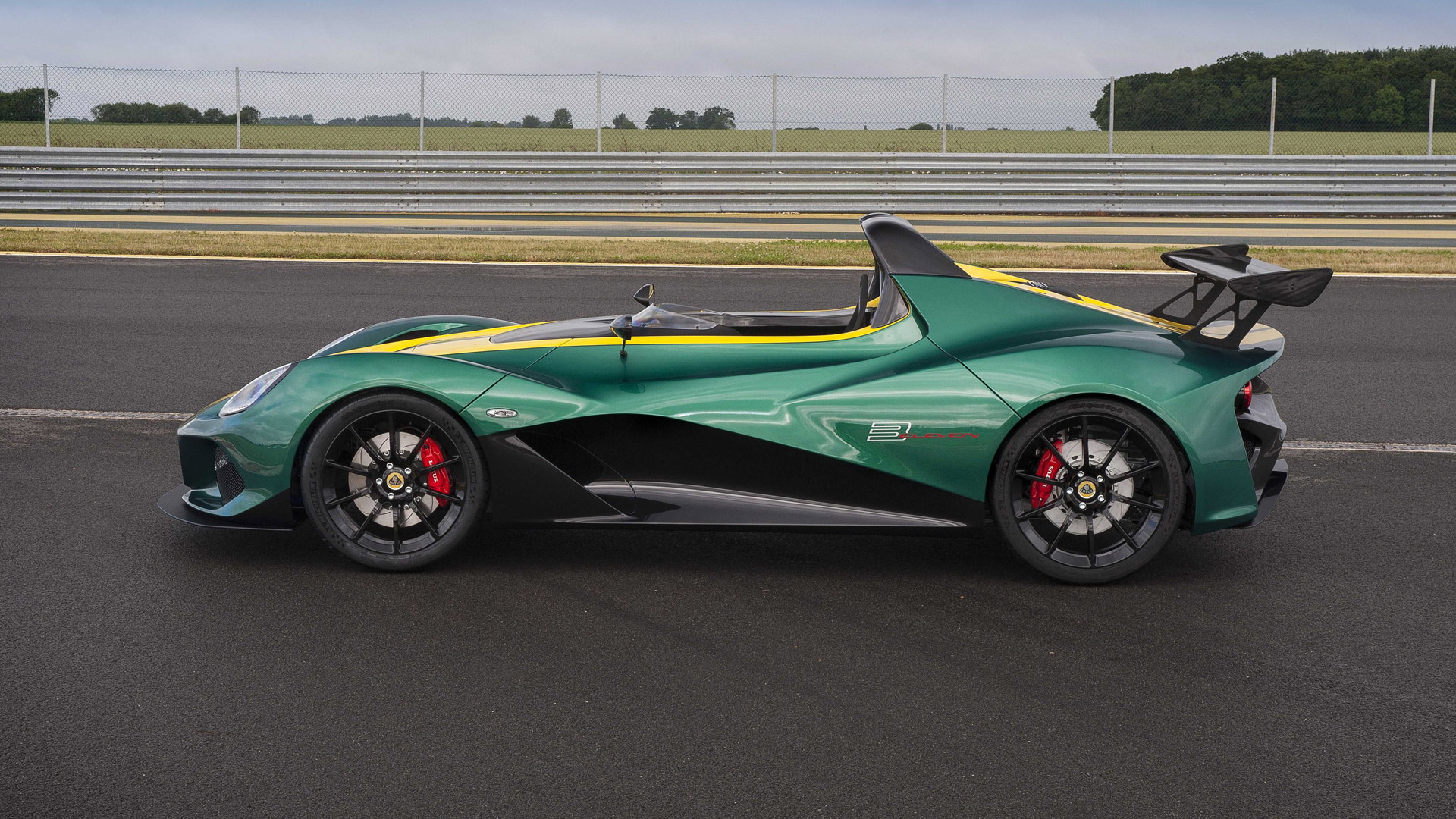 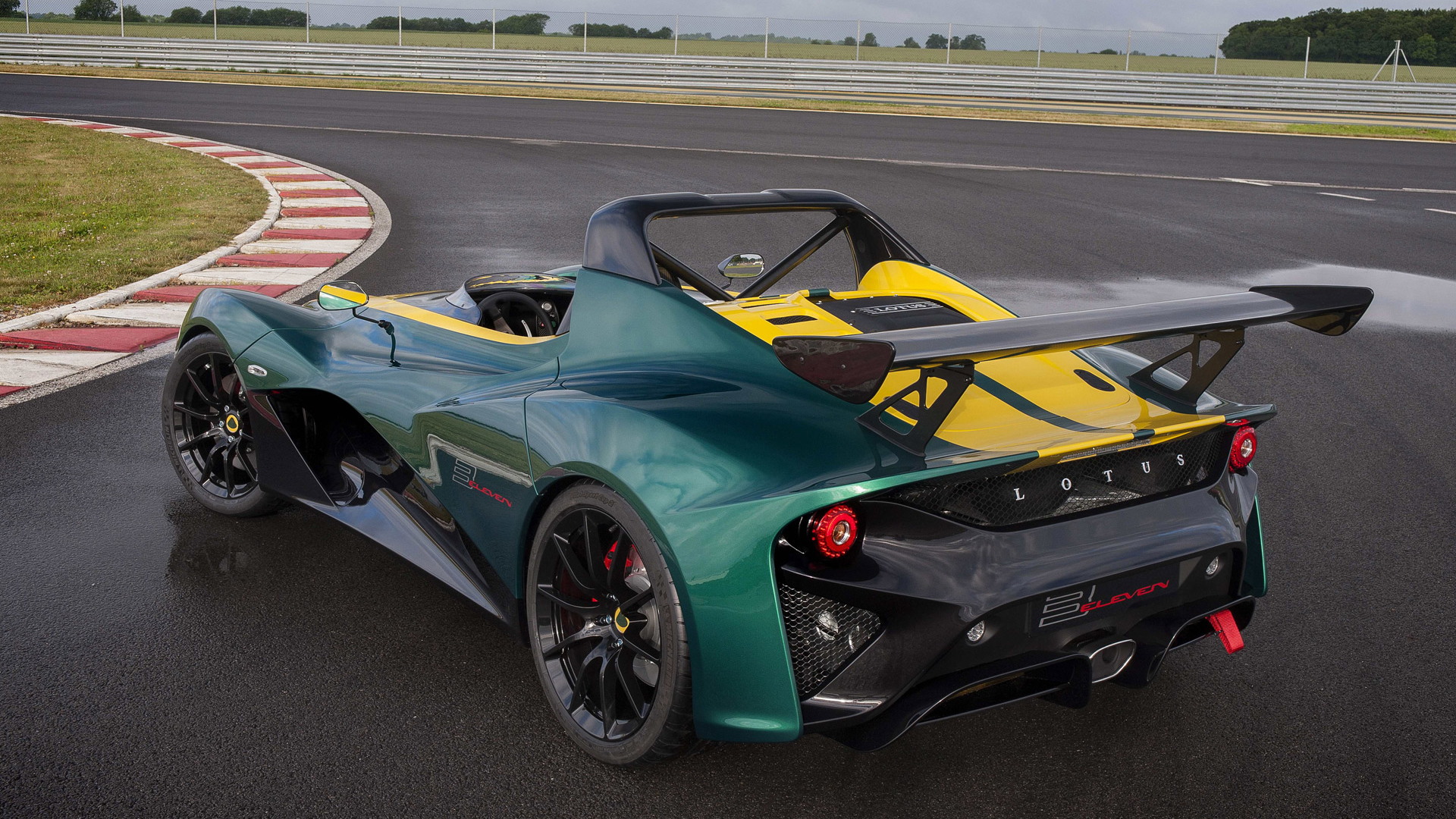 Lotus has developed a hardcore, track-focused machine along the lines of its previous 2-Eleven launched in 2007. The new track car is called the 3-Eleven to signify its relation to the original Eleven racer of the 1950s as well as the previous Elise-based car, and this time around it is based on the latest version of Lotus’ aluminum monocoque chassis found in cars like the Exige S and Evora 400.

The 3-Eleven made its debut today at the Goodwood Festival of Speed, ahead of a formal debut in September at the Frankfurt Auto Show, and Lotus says it is the quickest production car to ever come out of the automaker’s Hethel headquarters, though you could hardly compare the 3-Eleven to most production cars.

Developed with the Lotus philosophy of performance through less weight in mind, the 3-Eleven engineering team selected a lightweight composite body with an open cockpit design. The powerplant is the familiar supercharged 3.5-liter V-6 Lotus sources from Toyota, but peak output has been dialed in to 410 horsepower for road-going 3-Elevens and as much as 460 hp for track-only versions. The standard transmission is a six-speed manual, though a paddle-shifted sequential unit is available.

The suspension features lightweight double-wishbones front and rear, an adjustable anti-roll bar up front and Eibach springs with Öhlins adjustable dampers at all four corners. Forged aluminum wheels are standard (18-inch up front and 19-in in the rear) and come wrapped in Michelin rubber. Other performance specs include a limited-slip differential, AP Racing four-pot brake calipers and track-tuned ABS and traction control systems.

The dry curb weight comes in at under 2,000 lbs, and with 450 hp delivered by the mid-mounted engine Lotus says anyone driving the 3-Eleven can expect 0-60 mph acceleration in less than 3.0 seconds and a top speed approaching 180 mph. A 7:09 Nürburgring lap time has previously been mentioned, though with the recent ban on lap record attempts at the German track we may never know how quick the 3-Eleven is there.

Just 311 examples will be made, starting in February of next year, and prices start at £82,000 (approximately $129,000) for the road-going version and £96,000 ($151,000) for the track-only one. Compared to the road version, the 3-Eleven race car gets a more aggressive aero kit, the aforementioned sequential gearbox, and an FIA-approved driver’s seat with a six-point harness. Unfortunately, neither is expected in the United States.

“We always say that to make a sports car better, you make it faster and lighter,” Lotus CEO Jean-Marc Gales said at today’s reveal. “This new car is a giant slayer, capable of embarrassing far more expensive rivals—it condenses our engineering know-how into one, hard-core package, and is so focused that it won’t suit everyone.”

To see what else is appearing at this year's Goodwood Festival of Speed, head over to our dedicated hub.