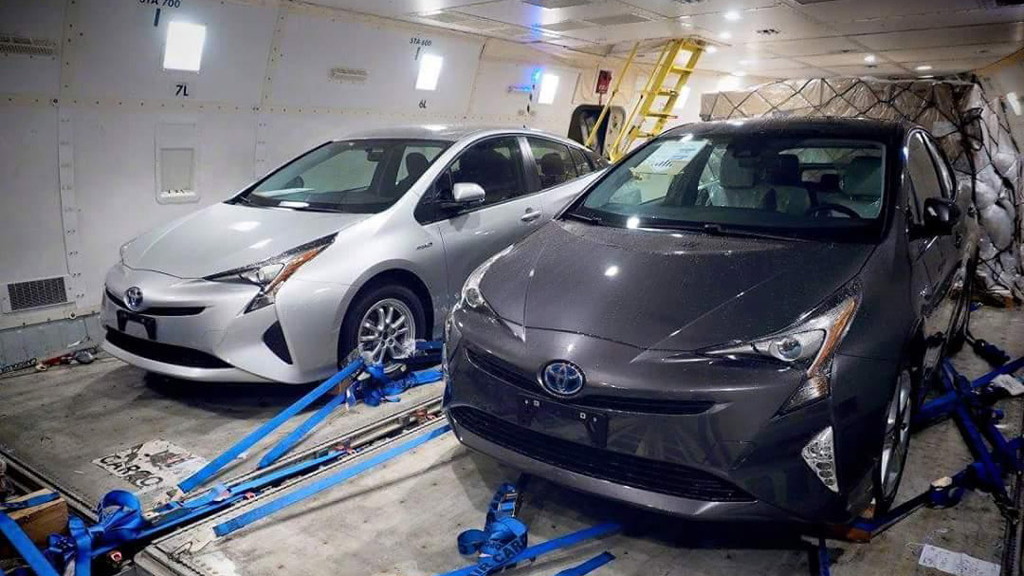 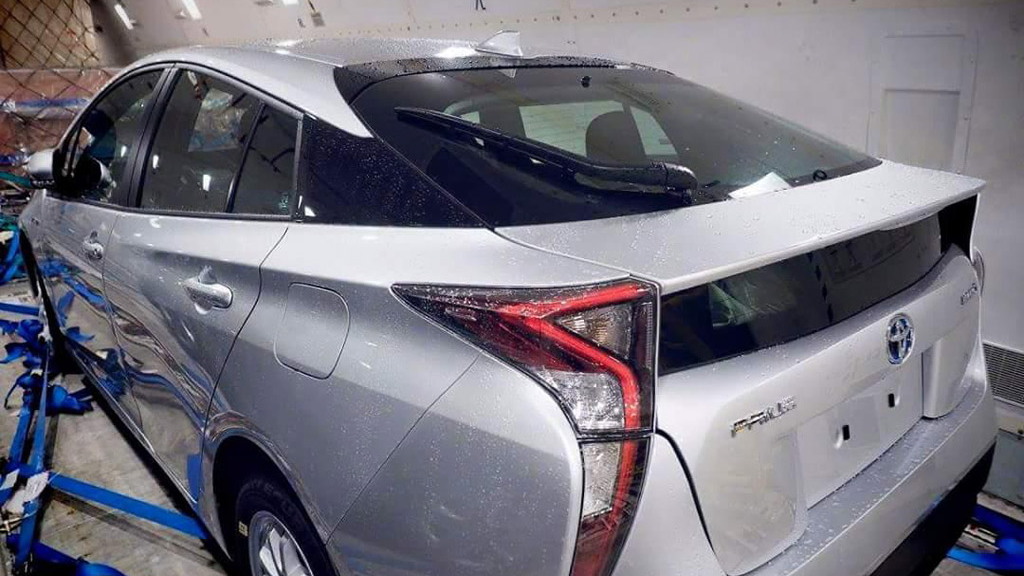 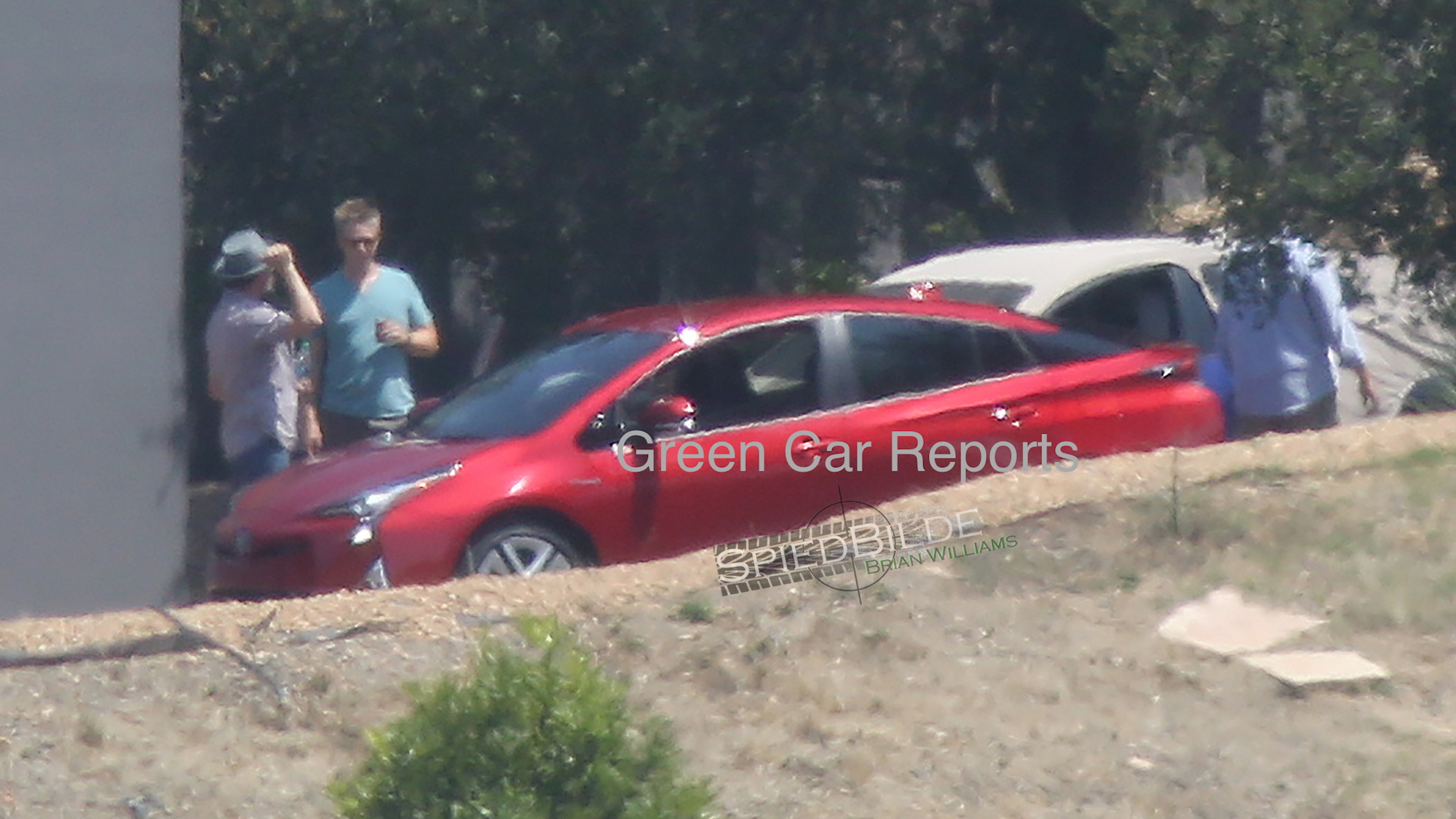 The all-new, fourth-generation Toyota Prius is due to be unveiled at a special event in Las Vegas on September 8, ahead of a possible world debut at the 2015 Frankfurt Auto Show one week later. We’ve been spying camouflaged prototypes for more than a year but now completely undisguised versions of the new hybrid have been spotted.

The latest photos show two examples in what appears to be a cargo plane plus a third, red car taken while on an official photo shoot. Two of the photos were posted to the Prius Club Malaysia Facebook page (via World Car Fans) and reveal in great detail the design of the car’s front and rear. The third shot from Green Car Reports gives us a good look at the shape of the side profile.

The new Prius has been styled under Toyota’s latest Keen Look and Under Priority design language, introduced with the C-HR concept car unveiled last year. The design language’s key theme is a cross-shaped front where the top and bottom parts are separated. Additional design elements have been borrowed from Toyota’s Mirai fuel cell car, and we can also see that Toyota is going with the split C-pillar design currently in vogue.

The new Prius is the first model to be based on a lightweight modular platform known as the Toyota New Global Architecture (TNGA) and destined to underpin the bulk of the Japanese automaker’s next-generation passenger car lineup. As for the car’s hybrid system, expect it to continue with a nickel-metal-hydride battery pack in base trim, with an optional lithium-ion battery in a more expensive model that may offer better fuel economy. The outgoing Prius returns an EPA-rated 50 mpg combined; somewhere around 60 mpg combined is possible for the 2016 model.

All-wheel drive has long been rumored as another option, and we’ll eventually see new versions of the Prius Plug-In Hybrid, Prius C and Prius V at some point.

Stay tuned for the full reveal next week.