Hyundai is looking to compete on the world stage in the area of performance cars and recently launched its N sub-brand to focus on just that.

Heading up Hyundai N is none other than former BMW M engineering boss Albert Biermann.

He and his team plan to use knowledge gained in motorsport, which for Hyundai primarily means the World Rally Championship, to develop faster and more dynamic road cars—including for the new Genesis luxury brand.

“Our future model lineup will include performance-oriented and race-track-capable cars full of energy,” Biermann said. “Drivers will experience the thrills and emotions of our proven motorsport prowess for themselves.” 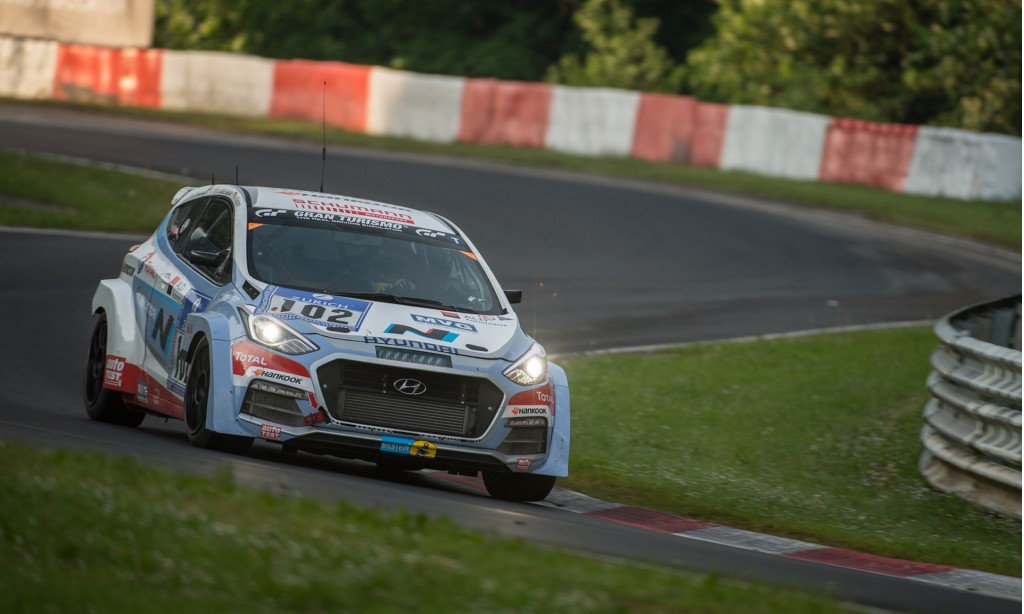 The first of Hyundai’s N cars has been confirmed as a high-performance version of the next-generation i30 (an Elantra GT in the United States). Development is already well underway with some of the car’s running gear tested in a current i30 prototype in the past weekend’s Nürburgring 24 Hours (shown above). The prototype finished 90th overall.

Around 40 percent of the prototype was new, including the engine, transmission and suspension. It was also sporting a significantly wider track than the stock i30. It’s engine was a turbocharged 2.0-liter 4-cylinder that we’ll eventually see in some hot Hyundais starting with the new i30 N sometime next year. Unfortunately the i30 N hasn’t been confirmed for the U.S. just yet.

“The endurance race at the Nürburgring is the toughest race in the world,” Biermann said. “It’s the perfect environment for testing the resilience of our new turbocharged 2.0-liter engine under extreme strain.”

The German engineer pointed out, though, that Hyundai N won’t be chasing huge power numbers. Instead, he and his team are focused on delivering a combination of driving pleasure and everyday usability.