This pretty 1954 Maserati A6 GCS with a coachbuilt body by Pininfarina was named Best in Show at this past weekend’s Concorso d’Eleganza Villa D’Este.

The A6 GCS, now part of the Monaco-based Destriero Collection, made its debut at the 1954 Paris Auto Show.

Its first owner was Count Alberto Magi Diligenti of Italy who entered it in a number of races including the 1955 Mille Miglia. 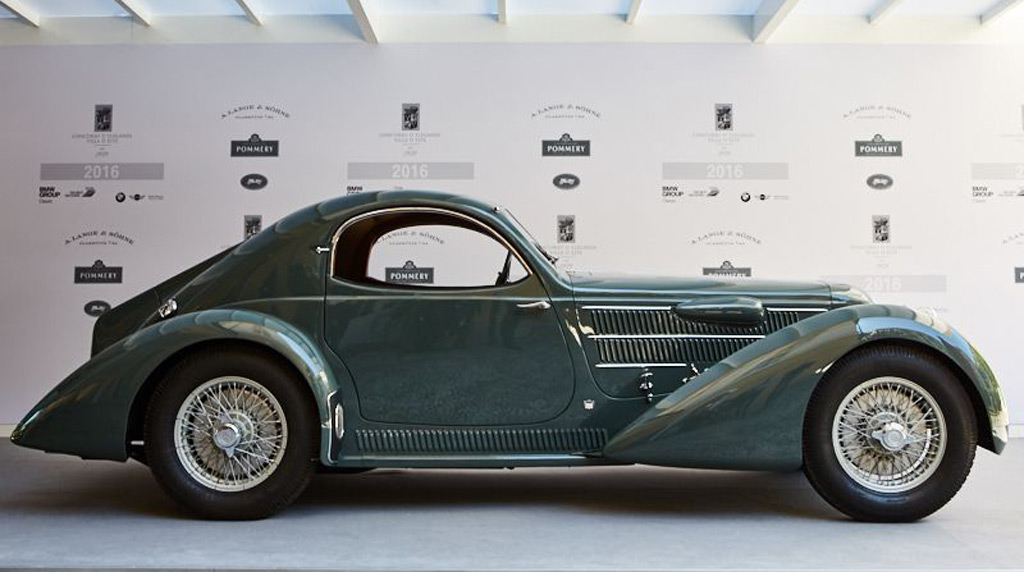 Based on Maserati’s A6 range built between 1947 and 1956, the A6 GCS featured an inline-6 engine capable of generating 190 horsepower.

Interestingly, the car’s sultry shape was originally penned by Pininfarina designer Aldo Brovarone for fellow Italian brand Cisitalia. Pininfarina, however, ended up using the body for a Maserati chassis due to financial trouble at Cisitalia.

While the A6 GCS received the judges’ vote, the crowd favorite was a simply stunning 1933 Lancia Astura Serie II.

For more from the Concorso d’Eleganza Villa D’Este, head to our dedicated hub.