Porsche was meant to reveal its new 911 GT3 RS this summer but decided to delay its arrival following the discovery of a fault with the 3.8-liter flat-six engine in the 911 GT3 that the 911 GT3 RS was to share, albeit in uprated form. The German automaker is yet to announce when we might finally see the covers come off, but has the car already been revealed… in scale model form?

This photo of a 911 scale model was posted on the website 4WheelsNews and may potentially depict the new 911 GT3 RS. The scale model is clearly based on the latest 991-series 911 GT3, but some unique elements suggest that it is actually representing the more extreme RS variant. 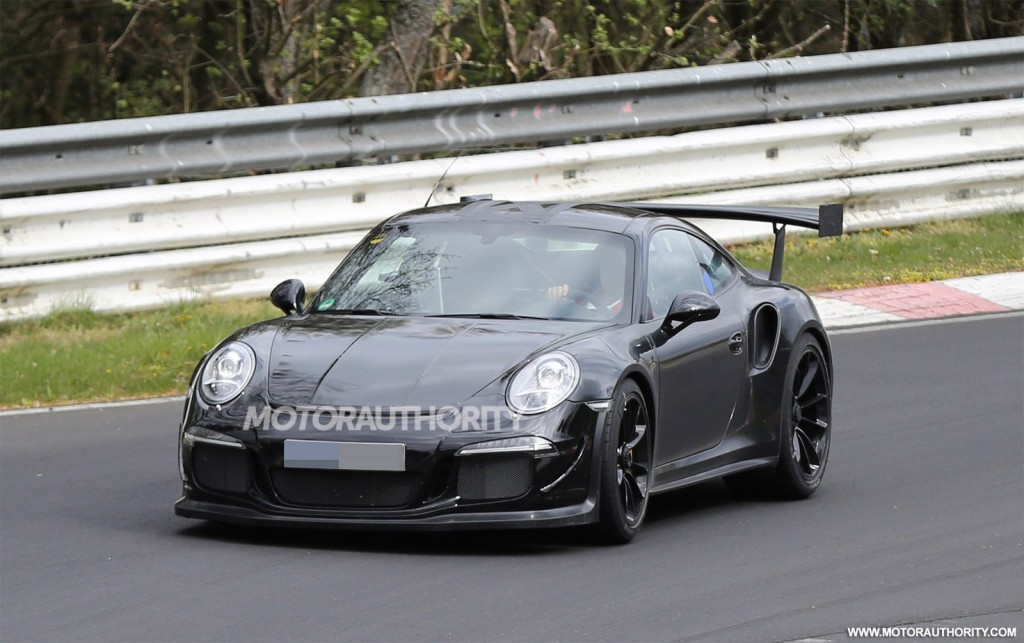 Those elements include wheels styled like those fitted to prototypes for the new 911 GT3 RS, an oversized rear wing also like the one on previous prototypes, and some new vents on the front fenders not seen on the regular 911 GT3.

Hopefully we’ll find out soon, because it seems that with each passing month more and more rumors concerning the new 911 GT3 RS start to emerge. These include the possibility that the car will be turbocharged, and that it may also end up replacing the 911 GT2 as the most extreme 911 variant. We've also heard that it will come with Porsche's PDK dual-clutch transmission only, as well as the automaker's new rear-wheel-steering system.