It’s been a while since we last heard about KTM’s X-Bow track car, but we now have a new rendering of the new GT4 race car currently being developed by Reiter Engineering.

The motorsport and engineering firm, famous for building several Lamborghini-based race cars as well as a GT3-spec Chevy Camaro, says its new X-Bow racer will be ready for motorsport use straight out of the box and will be offered all over the globe, including here in the U.S.

Reiter will be responsible for the construction of the vehicle and all of the logistics, including sales and supply of spare parts. The German firm has worked with KTM for the past several years, releasing together a GT4-spec X-Bow back in 2008 which proved successful on the track almost immediately. At that time, German driver Christopher Haase won the European GT4 Championship title driving an X-Bow GT4, fighting against tough international competition.

Specifications for the new race car are yet to be released but it’s said to be designed for international motorsport, not simply club level events and one-make series, for which KTM already offers a car known as the X-Bow RR. The initial teaser image (below) showed a closed cockpit and a huge rear wing, while the latest rendering shows the front end, with large air inlets, a single windscreen wiper, and a windshield that wraps around and displays the inboard suspension.

“Now is the ideal time to introduce a revolutionary new vehicle concept into international customer motorsport,” Reiter boss Hans Reiter said in a statement. “I’m convinced that the new model will attract a lot of interest and will be very successful internationally.” 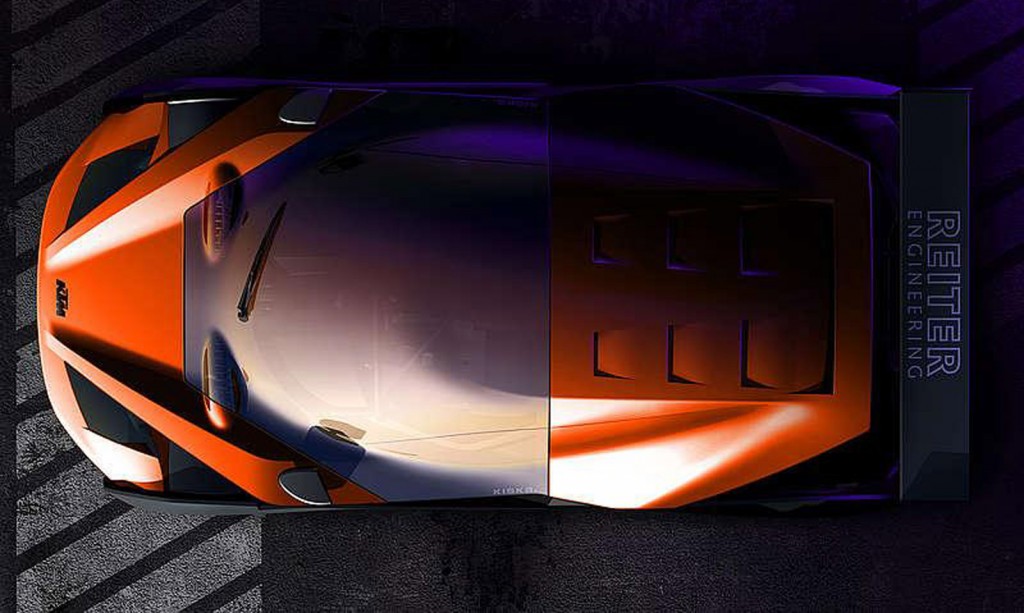