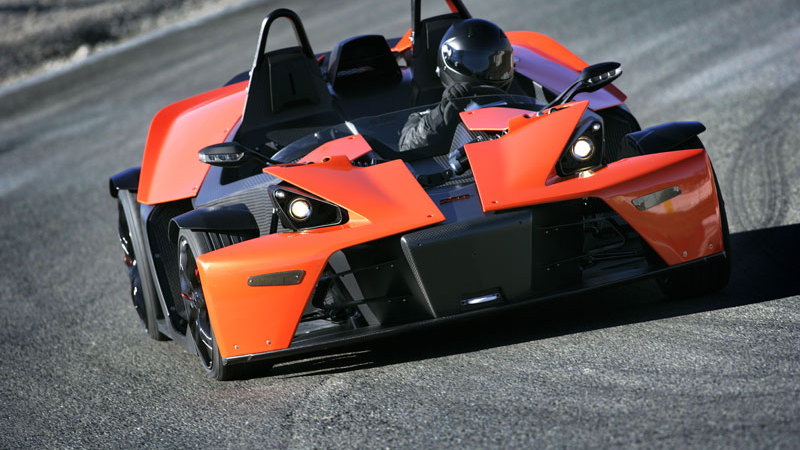 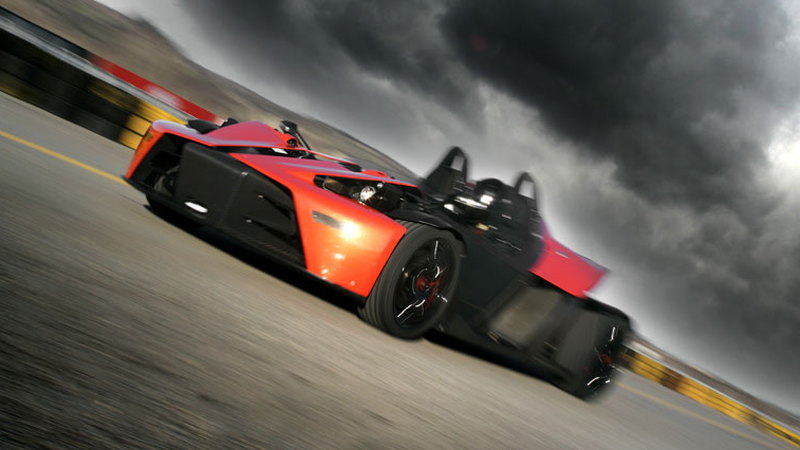 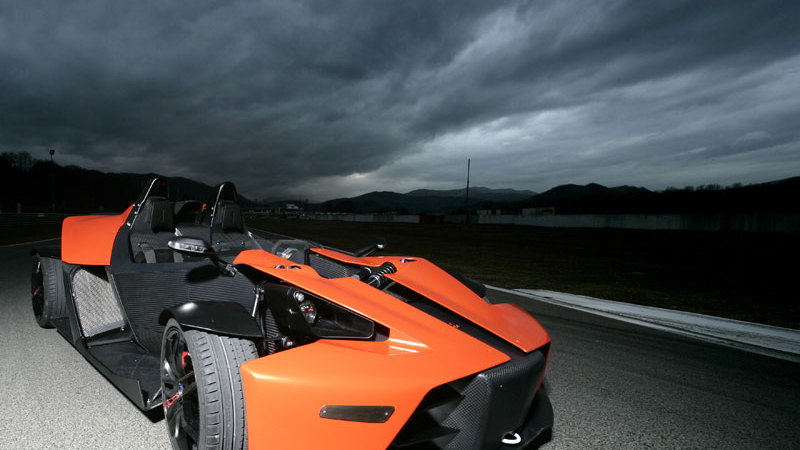 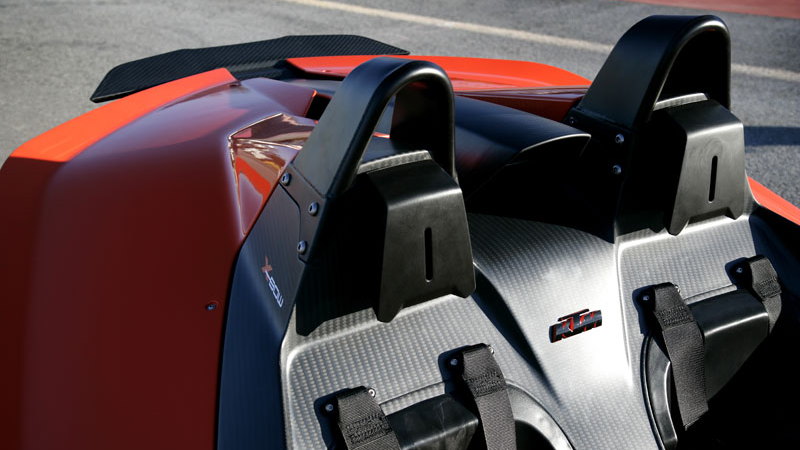 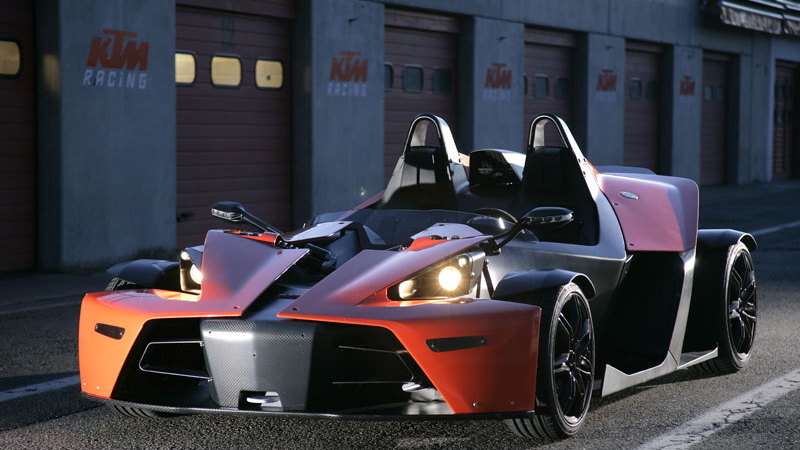 13
photos
Europe’s second largest motorcycle manufacturer, Austria's KTM, has released official details about its new X-Bow roadster ahead of its debut next month at the 2007 Geneva Motor Show. Featuring an ultra-light carbon fiber monocoque body combined with Audi’s excellent 220hp (162kW) TFSI engine, the X-Bow provides supercar-like performance in a package that many would be able to afford.

We’re talking a car that weighs just 700 kilograms and accelerates to 100 kmh from rest in under four seconds. Top speed is 217 kmh. Purists will love the fact that the X-Bow is devoid of electronic assistants and most of today’s standard comfort features, while the missing roof, doors and windscreen will provide owners with the feeling of driving a motorcycle but with the stability of a car.

KTM will initially release the X-Bow with a 2.0L four-valve engine, delivering 300Nm of torque between 2,200 to 4,000rpm. Drive is sent to the rear wheels via a six-speed manual and a mechanical slip differential. Thanks to direct injection and turbocharging technology, the X-Bow is able to manage this level of output and still meet strict Euro 4 emissions standards. The best news is that even more powerful engine variations in the 300hp range are planned at a later date.

Completing the package will be a set of Brembo four-piston caliper brakes in the front and doubles at the rear, which bite into decent sized 305mm and 262mm cross-drilled and ventilated brakes. A mix of 17- and 18-inch wheels shod with 205- and 235-millimeter tires respectively allow the X-Bow to go from 100 kmh to a standstill in just 33.1 meters.