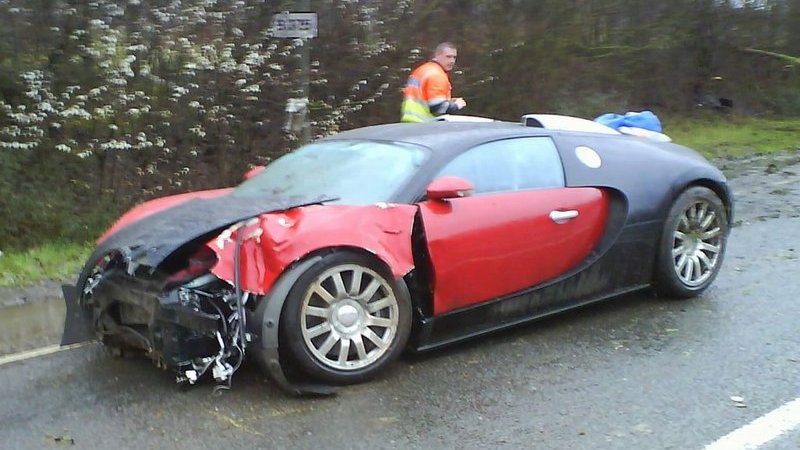 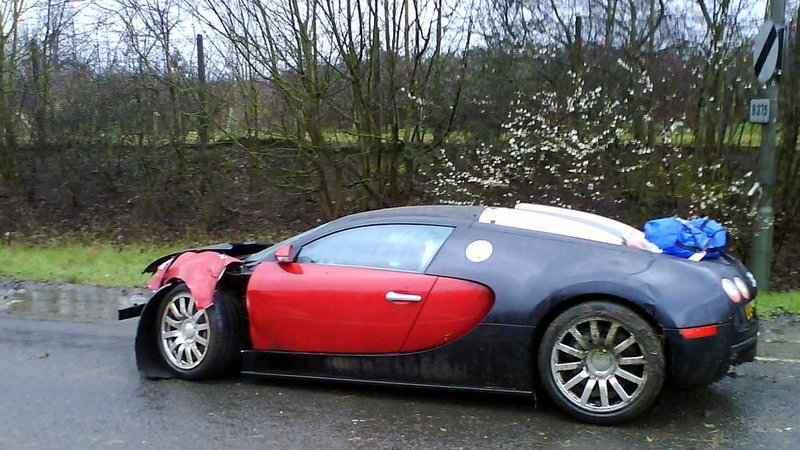 3
photos
Update: More details surrounding the Veyron crash have emerged, including the identity of the driver and its unfortunate owner. The Mail reports the vehicle was registered to 41-year old businessman Kumar Soni, but it’s believed the person behind the wheel at the time of the accident was his younger brother, 39-year old Ajay Soni. The crash occurred near the owner’s £3 million Surrey home in the UK, and neighbors claim it had caused a heated argument between the two brothers.

It’s also thought that the £830,000 supercar was only delivered last week and is one of only a dozen such models in the UK. Onlookers claim the car was travelling in excess of 100mph before the driver lost control, hit a Vauxhall Astra driven by a seven-month pregnant woman, and spun three times before crashing into trees beside the road.

Local police have taken details, and the driver is currently being investigated for driving without due care and attention. Fortunately, no-one was injured during the accident. The Soni family run several car hire and property companies based in London.

Previous: We’ve seen plenty of smashed Ferrari Enzos but this is the first time we’ve across images of a wrecked Bugatti Veyron. Information is sketchy, but it’s thought that a pool of water on the road caused the AWD supercar to lose traction and then spin out of control, sending it head first into a ditch near Shepperton in the UK. Most of the cabin section and engine compartment look relatively undamaged, however, it’s hard to determine what internal damage to the drivetrain there is if any. Hopefully the driver got out unscathed.

According to the source, this is the first time a private customer has actually crashed a Veyron. Engineers reportedly destroyed two prototype examples during testing, which was part of the reason for the long delays during the vehicle’s development.