That kind of output is good for a 3.7 second dash to 100km/h and a top speed of 325km/h. Its 6.0L Biturbo engine is positioned longitudinally behind the driver and front passenger seats and is mated to a six-speed auto driving the rear-wheels. A major technical problem was feeding the engine with enough air, so the lower c-pillars were designed in such a way as to direct air to the engine and the roof was fitted with a carbon-fiber diffuser.

The exterior has been modded with a full wide-bodykit, the GTI now measures 1.88m wide, and rides on super-wide 295mm rubber at the back. These tires had to be specially engineered to fit the unique light alloy wheels. Inside, there’s Alcantara and an assortment of new switchgear and gauges located behind the transparent flip-up switch guards.

Gallery and press release after the jump. 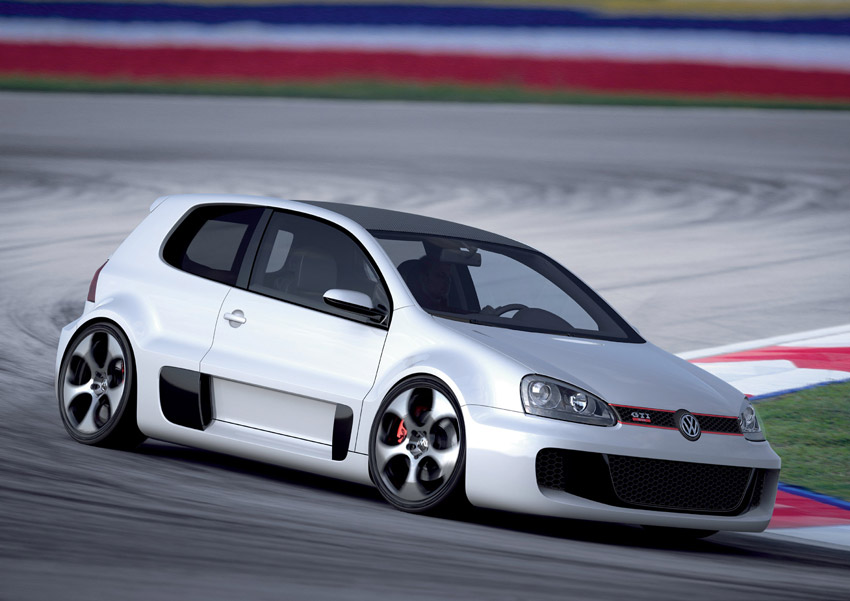 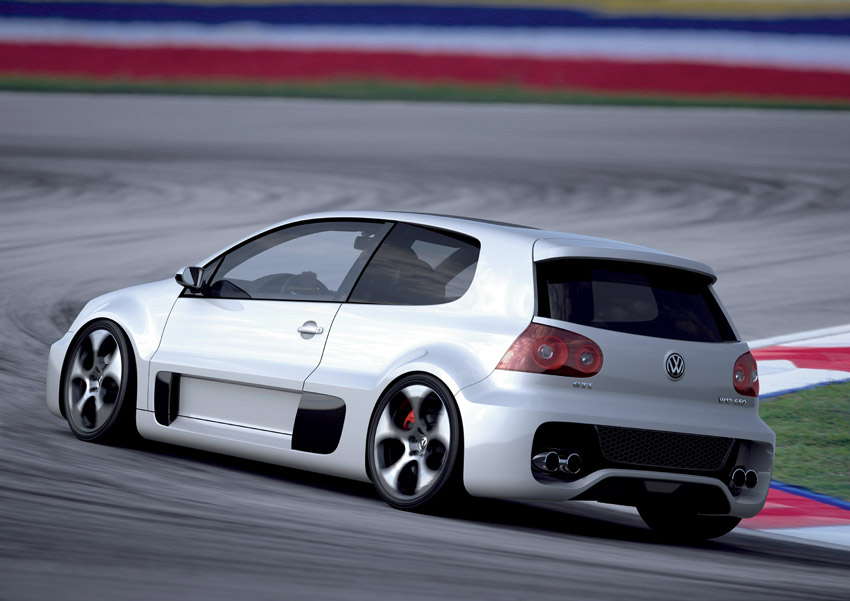 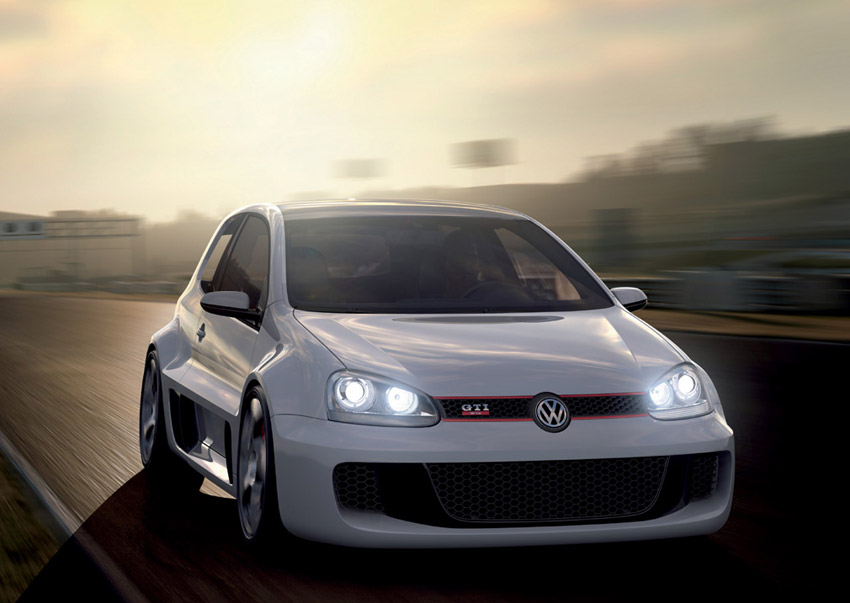 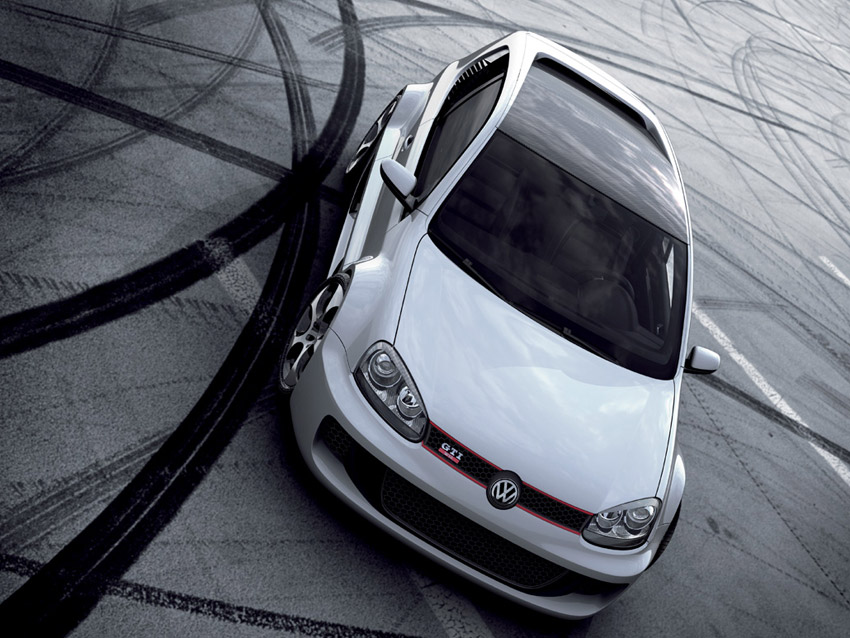 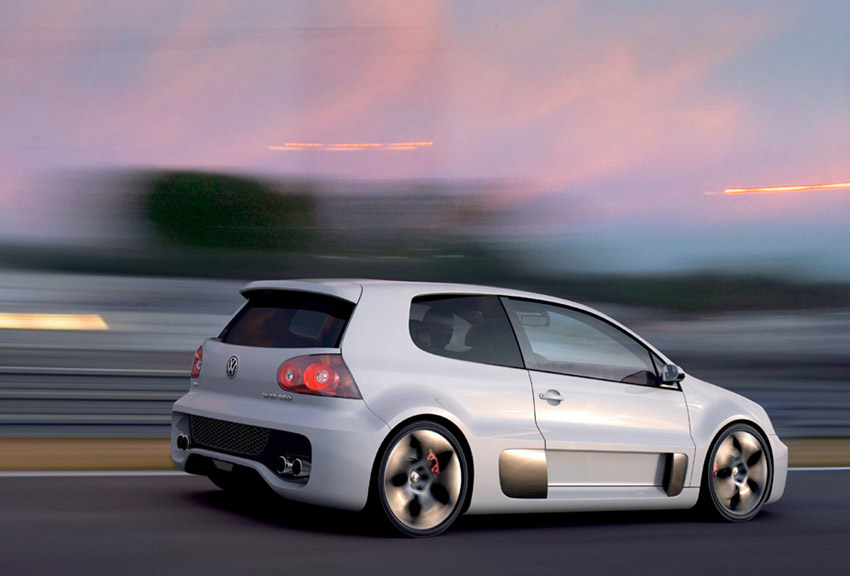 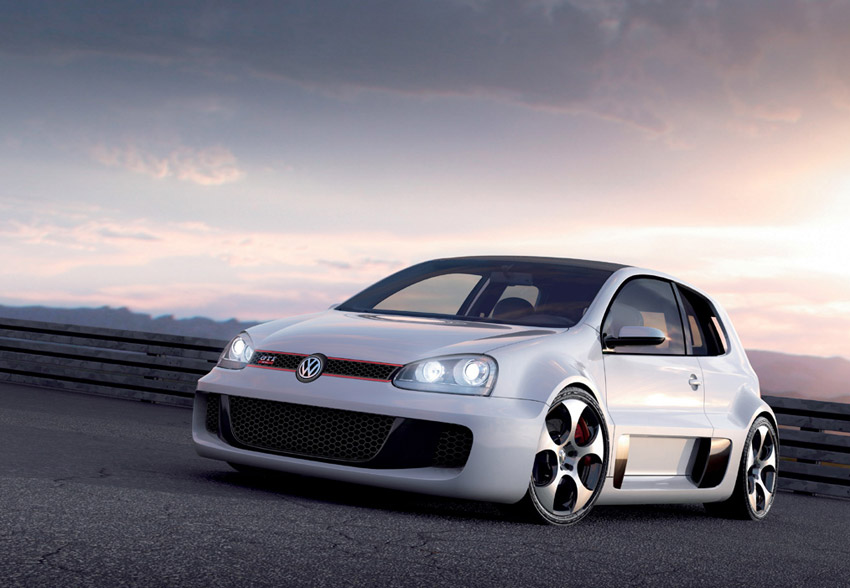 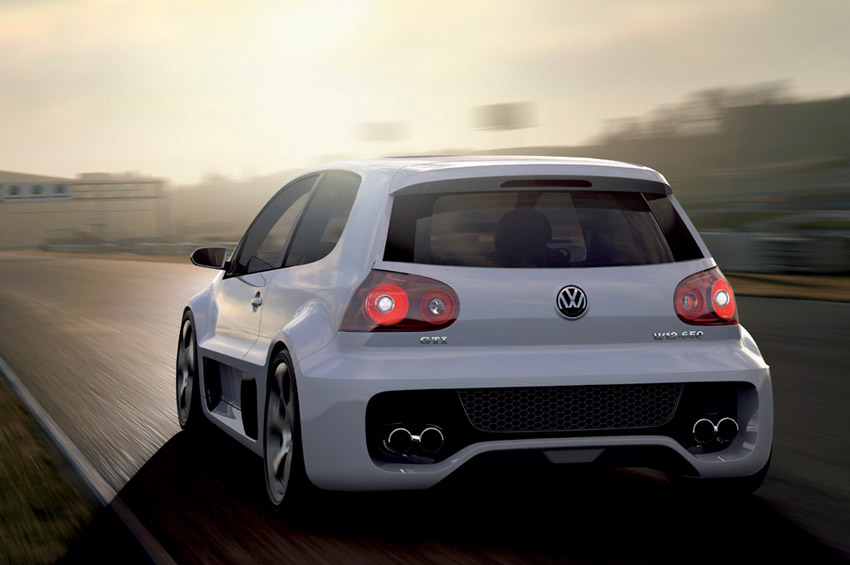 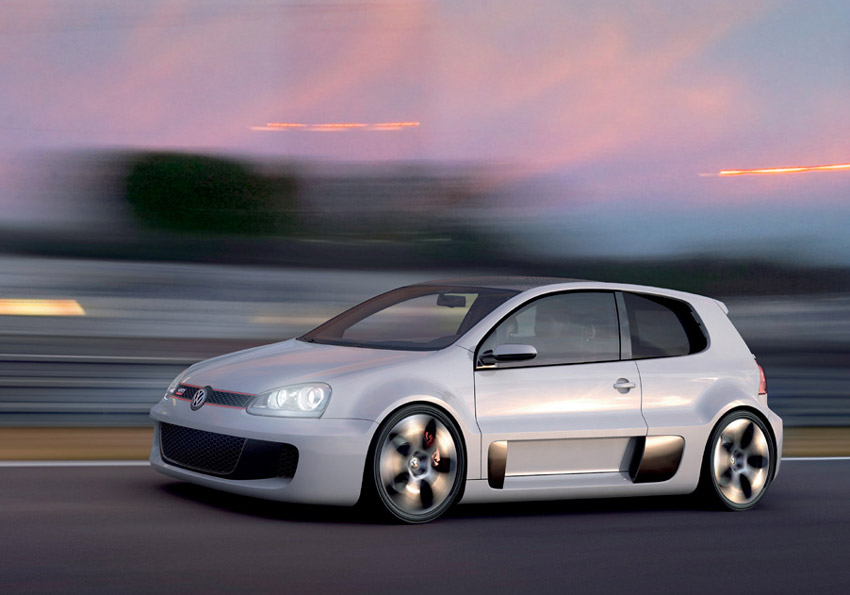 Showtime at the Wörthersee

Leave conventions behind and let your passion awake - since the beginning these were the roots of the GTI idea. Until today they got more than 1.67 million drivers into their spell. Long has the Golf GTI been an icon. A mark for itself.

Since 1982 Golf GTI celebrate it annually in the Austrian Land at the Wörthersee. Thousands come.Volkswagen placed a Golf before them: the Golf GTI W12-650 showcar. This sports car is a inclination before the GTI friends at the Wörthersee, people for whom the GTI is a myth.

A Golf was never stronger, broader or faster. It seems that the Golf GTI W12-650 comes directly from the racing course. A Golf that runs like the Pace Car of the 24 hours of Le Mans. Its name means: W12-Zylinder, 650 HP (477 KW with 6.000 rpm). A Showcar, not more, not less. Nevertheless it shows what enormous potential the Golf has to offer.

Its 6,0 Liter Biturbo engine is longitudinal and placed directly behind the driver and the front seat passenger. The Golf GTI W12-650 differentiate itself in this way from the classical central engine car. A 6-speed automatic transmission transfers 750 Newtonmeters (at 4.500 rpm) to the rear axle. It catapults the Golf GTI W12-650 to 100 km/h in 3.7 seconds. With a maximum speed of 325 km/h the Golf GTI W12-650 leaves behind nearly all of the world's supercars.

its 1.88 meters (series: 1.76 meters) spread and 1.42 meters (series: 1.50 meters) flatten body. The chassis components of the Golf GTI W12-650 were adapted directly from supersports cars. The wheels are of course made from a light alloy and because of the gigantic wheel dimensions a specialy engineered tire had to be made.

remain completely clear that this is a Golf GTI. Therefore as much parts as possible were taken from tha classical GTI like: the headlights, the doors, the front hood and the tail lamps. The axles were pushed 70 millimeters into the body.

The largest problem was to supply the 6-litre central engine with sufficient air and to produce sufficient drift at the rear axle without watering the silhouette of the Golf GTI W12-650. Therefore the C-columns were re-designed in such a way that they lead air to the engine. The rear side windows run inward, so that two channels develop between the disks and the C-columns on the left and on the right to drive air to the engine.

The Carbon fiber roof is a diffuser

Innovative building of the body also prevented that the lines of the Golf GTI W12-650 to get ruined by a putting on a roof wing. The study carries the wing inward. The roof is part of an enormous diffuser, which provides sufficient drift to the rear axle. It's made from carbon fiber and leads air under the normal tail spoiler.

The leather is Alcantara. On the middle range of the armatures are Three rows of auxiliary instruments. Transparent "Flip UP" switch guards for central functions like the disconnectible ESP look like taken derectly from the race track.

Fire extinguishers are integrated in the place of the glove compartment to also remind us of the race. Because of weight reasons "stripped" the door linings are complete; only lattices are used, which grant a complete view of the interior mechanics of the door.