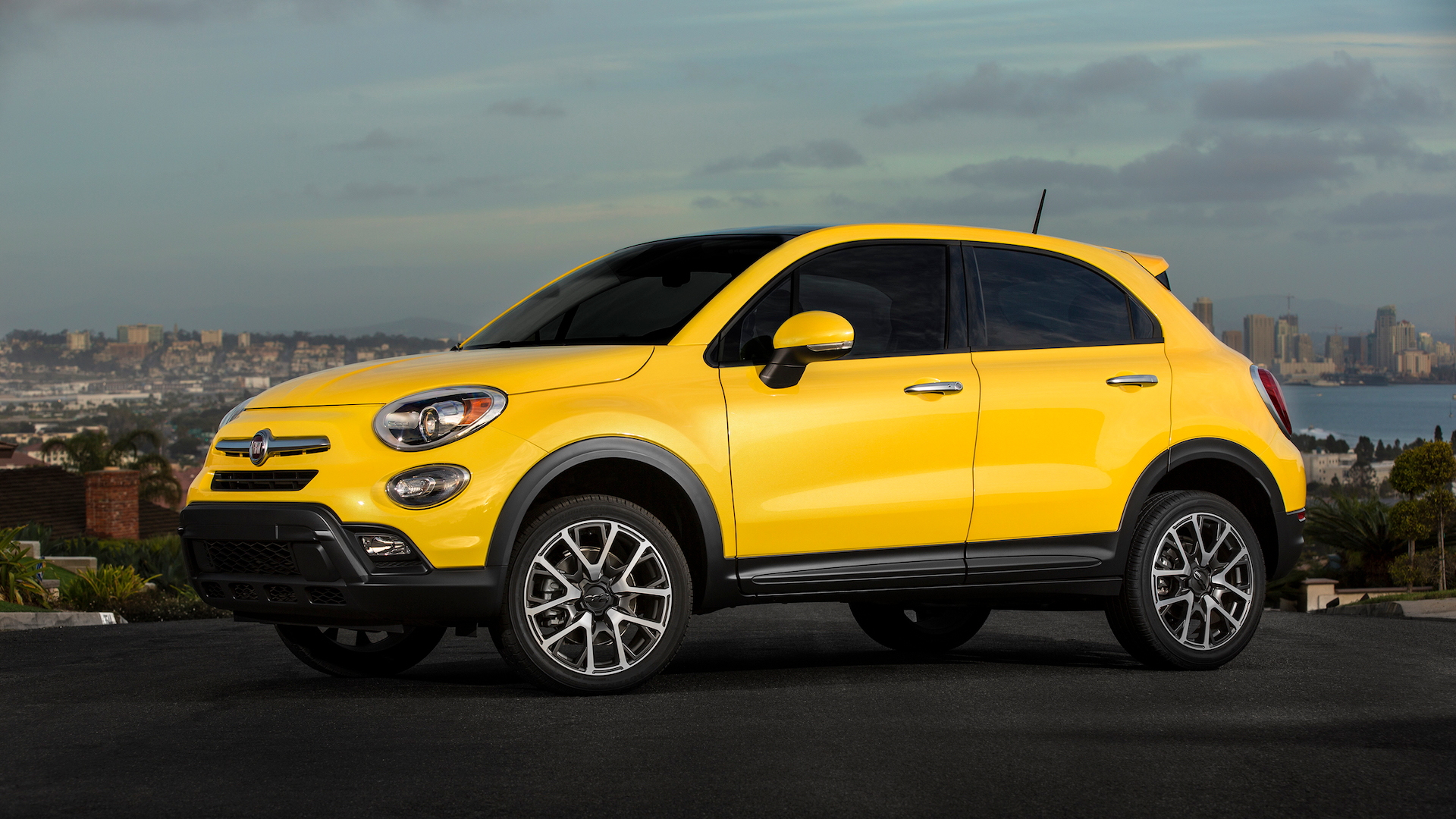 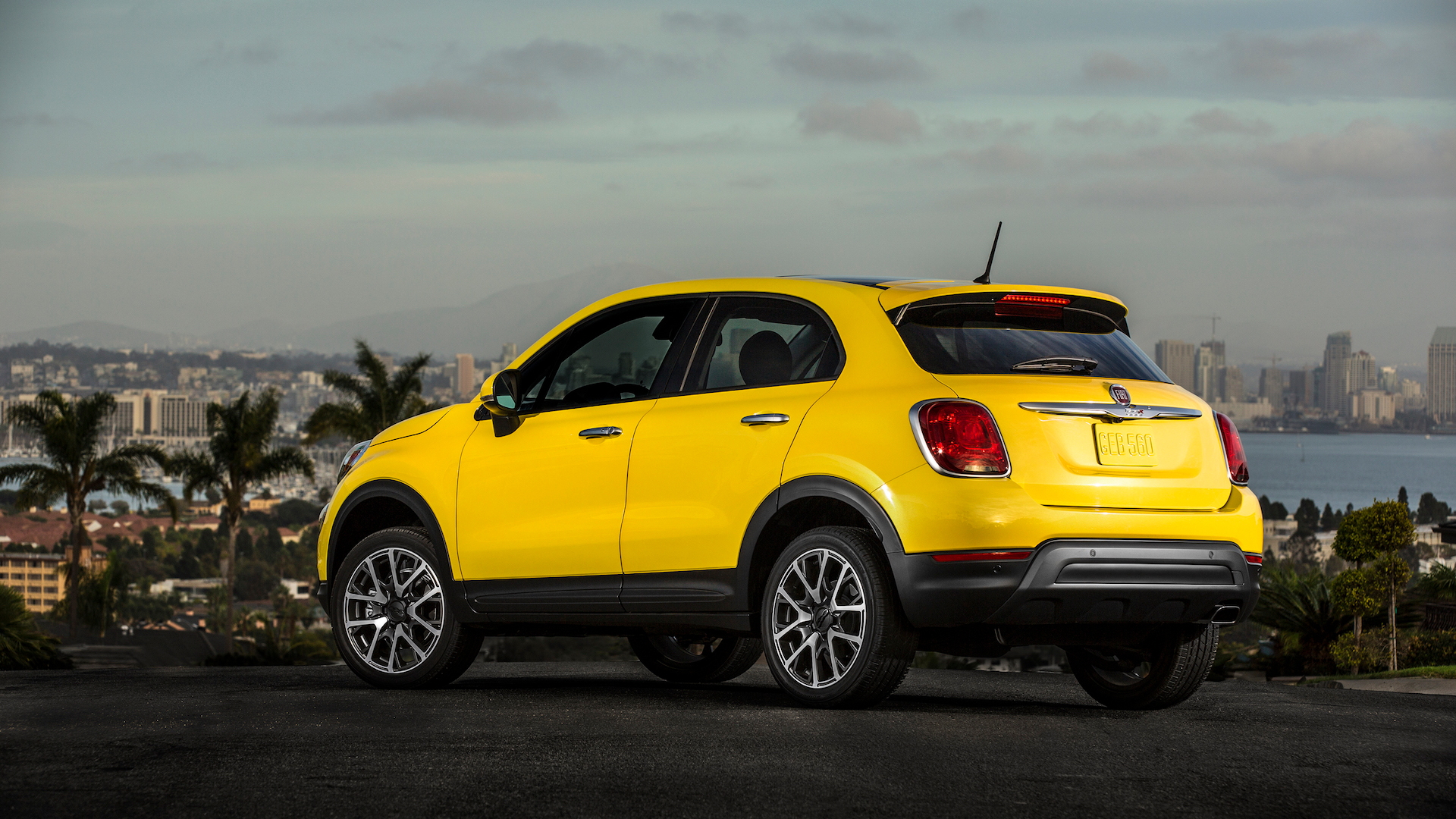 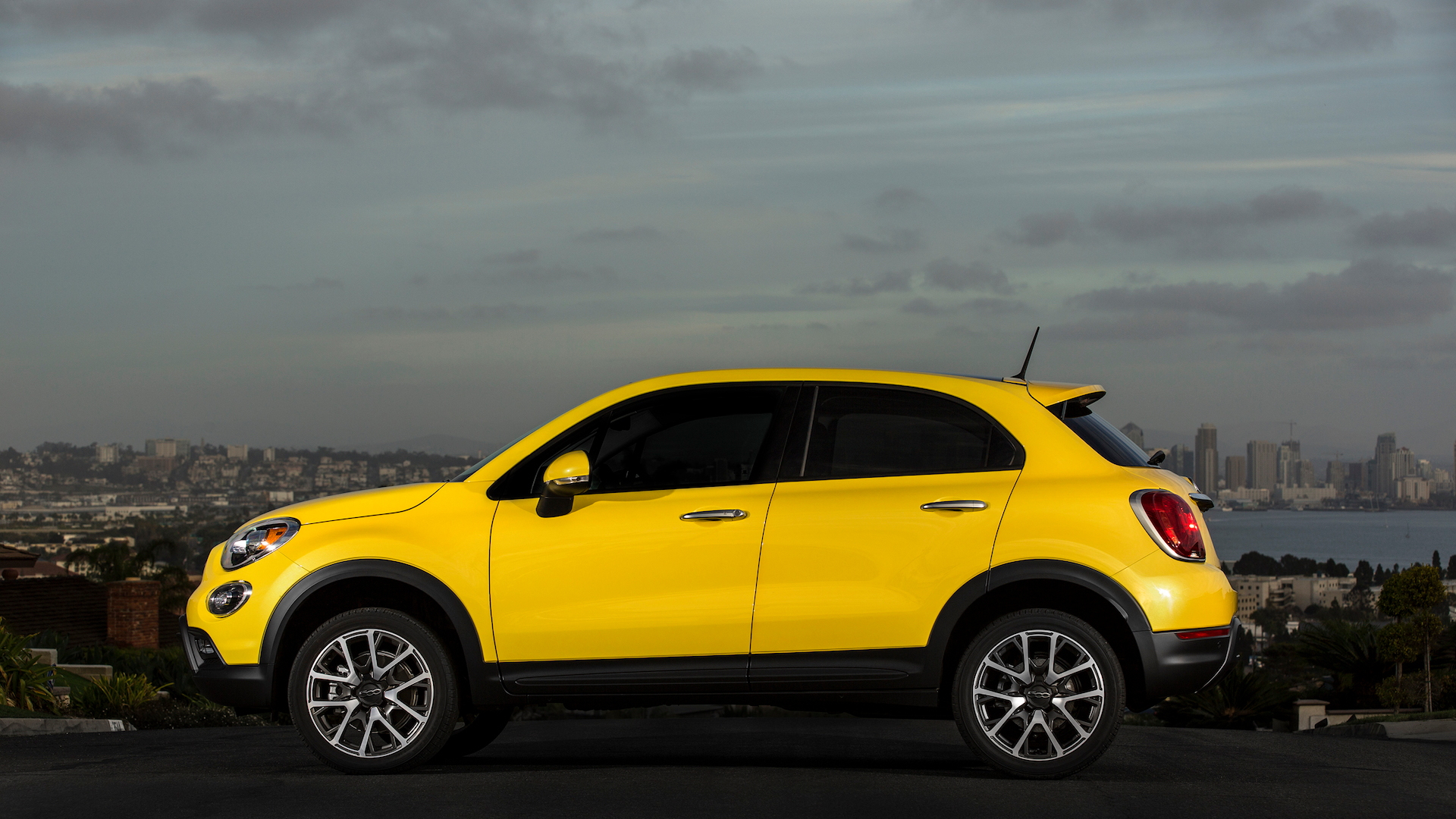 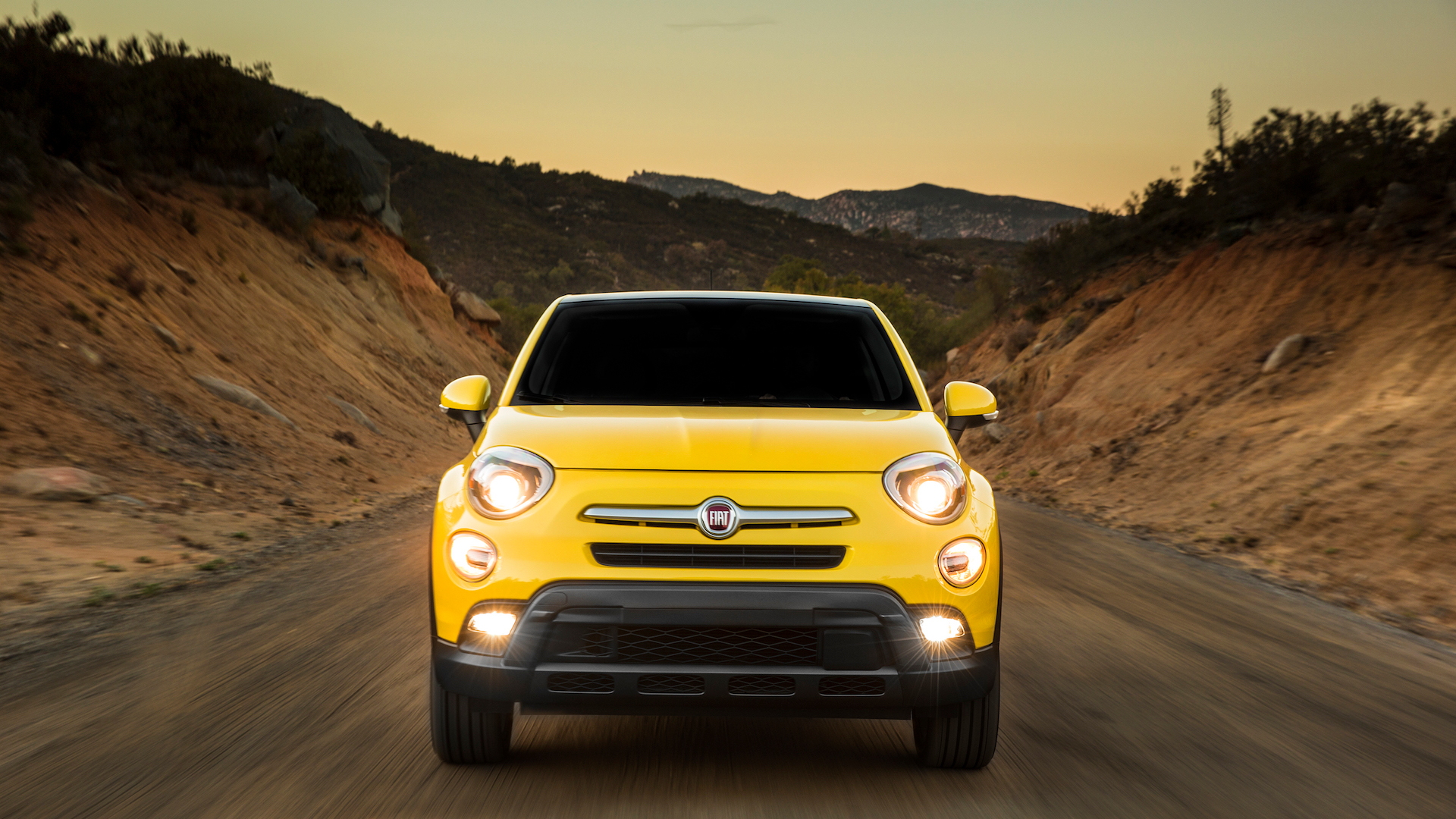 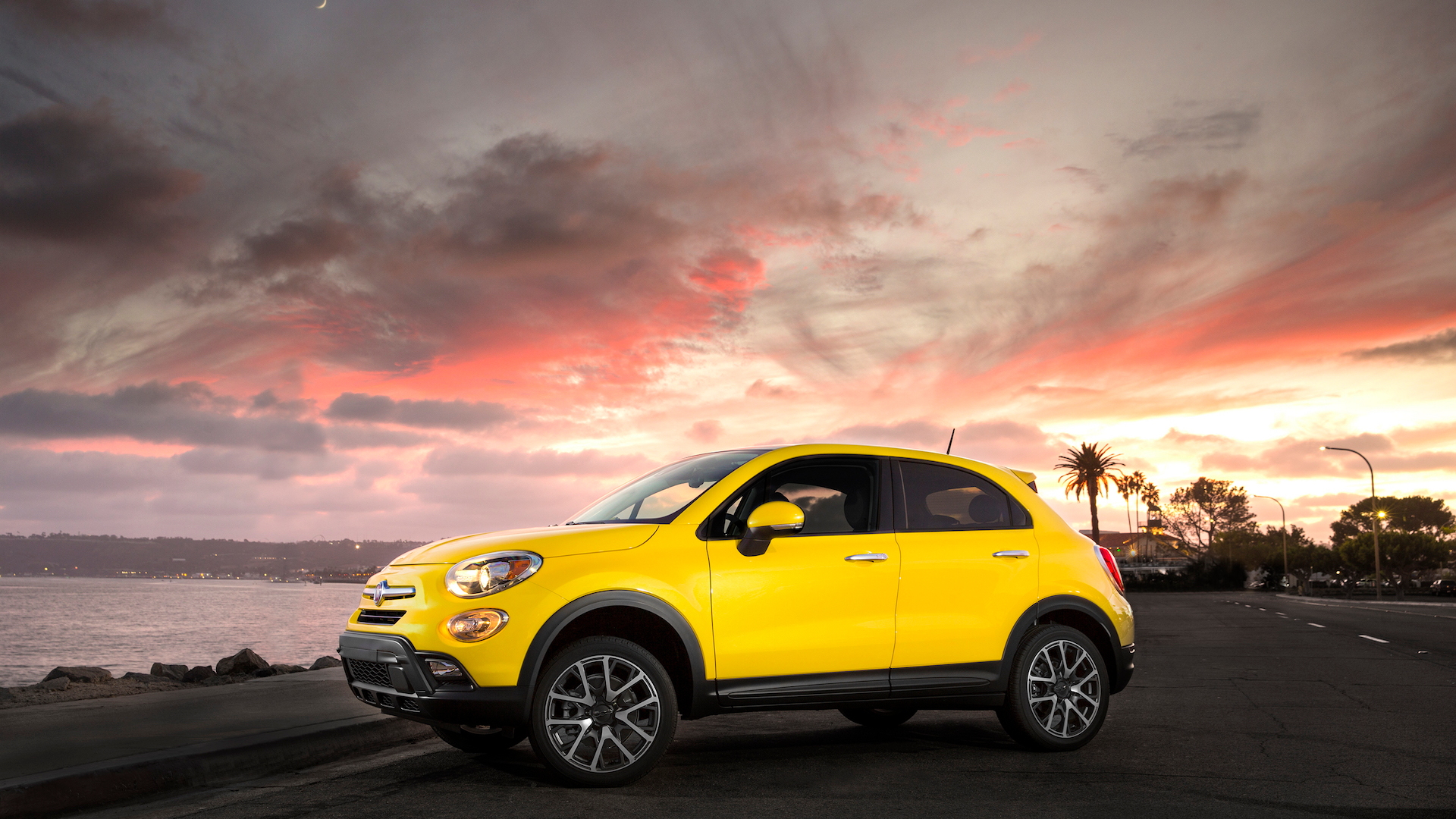 36
photos
After a global debut last month at the 2014 Paris Auto Show, Fiat’s new 500X crossover has now made its local debut at the 2014 Los Angeles Auto Show and will soon be on its way to dealerships across the country. Pricing is yet to be revealed but we suspect it will start around $20k, making other subcompact crossovers like the Chevrolet Trax and Nissan’s Juke prime targets. Another rival will be Mazda’s CX-3, which also made its debut this past week in L.A.

The 500X is actually twinned by the Jeep Renegade, which is billed as the more off-road capable option, with both vehicles assembled on the same line at Fiat Chrysler Automobiles’ [NYSE:FCAU] Melfi plant in Italy. Unsurprisingly, their powertrain offerings are similar.

The 500X arrives as a 2016 model and will offer buyers the choice of two engines, two transmissions, and front- or all-wheel drive. Yes, this will be the first Fiat in the U.S. available with all-wheel drive. The system features a disconnecting rear axle that helps to save fuel by making the vehicle a front-driver when extra traction isn’t needed. The driver also has the choice of Auto, Sport and Traction + modes.

The base engine in the 2016 500X is a turbocharged 1.4-liter four-cylinder good for 160 horsepower and 184 pound-feet of torque, and comes paired with a six-speed manual transmission. The more powerful unit is a 2.4-liter four-cylinder with 180 hp and 175 lb-ft on tap. This model comes exclusively with a nine-speed automatic sourced from ZF.

The interior is somewhat more stylish than that of the average crossover, with a gauge cluster composed of three instrument binnacles, a flat-bottom steering wheel, and some interesting trim-color options. Some features, either available or standard, include a reverse camera and other electronic driving aids, FCA’s Uconnect infotainment system, keyless entry, and heated front seats and steering wheel.

Sales commence in the first half of 2015. To see what else was on show at the recent 2014 L.A. Auto Show, head to our dedicated hub.