TechArt has released its latest Magnum upgrade for the facelifted Porsche Cayenne following the success it had with the original series based on the first Cayenne. More than 500 units of the Magnum were produced, spurring developers to create a new package for the facelifted model in time for a world debut at September’s Frankfurt Motor Show.

Like the predecessor, the new enhancements consists of a full body-kit with flared fenders, additional headlights and daytime running lights and a stainless-steel sport exhaust system with two chrome tailpipes on either side. The largest wheel size customers can opt for is a chunky 22in design fitted with 335mm rubber at the rear, capable of driving at 300km/h.

Reaching that speed shouldn’t be a problem thanks to some health power upgrades, with engine tuning of the Cayenne Turbo presenting up to 620hp (456kW). Inside, TechArt has added an ergonomically shaped sport steering wheel and carbon-fiber applications for the cockpit, new leather trim for the seats, door and side trim, dashboard, roof pillars and headliner. 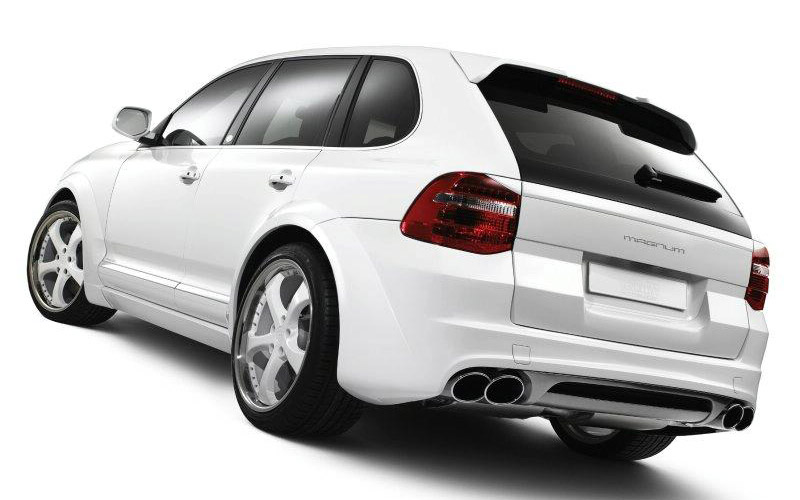