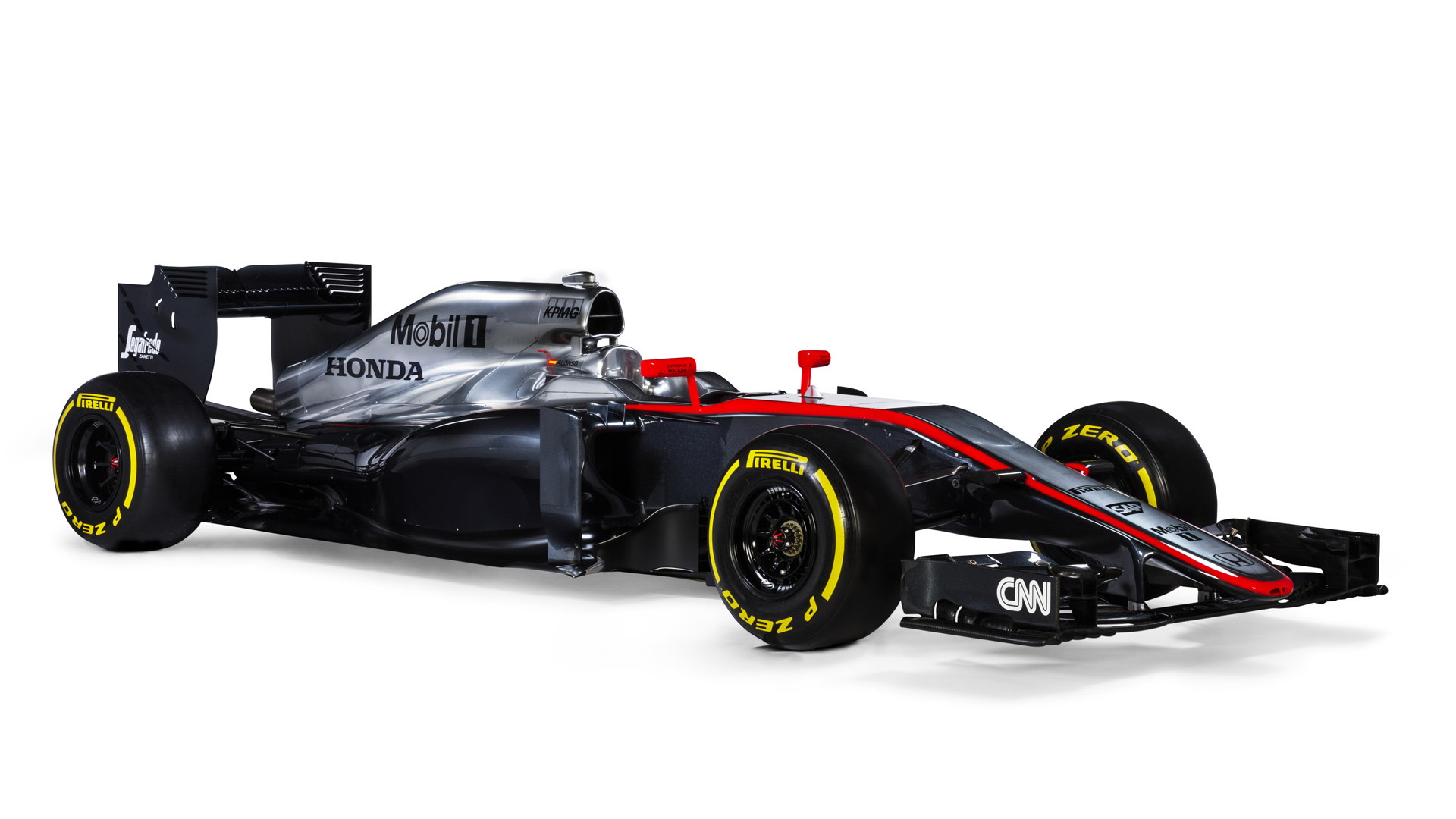 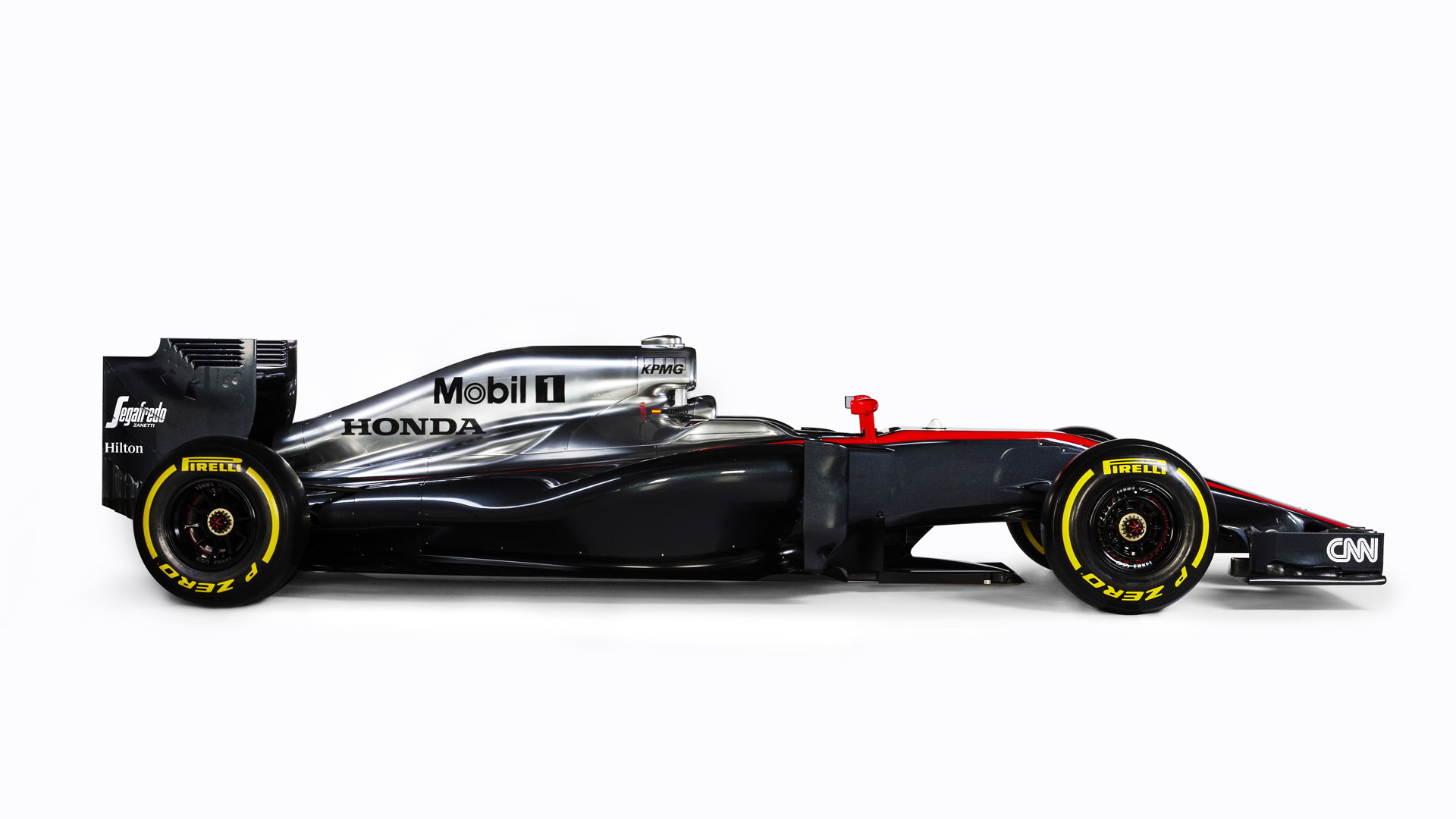 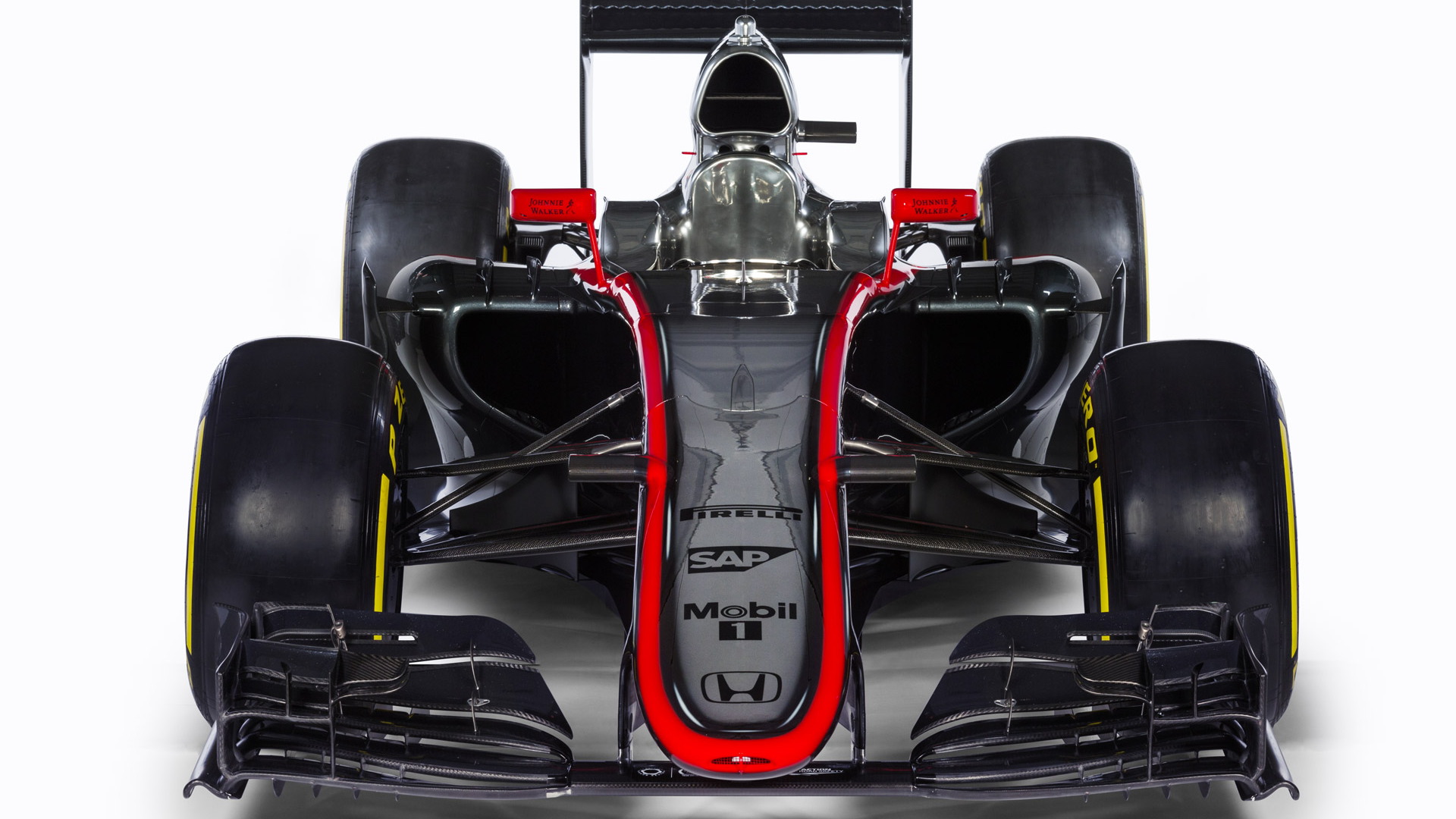 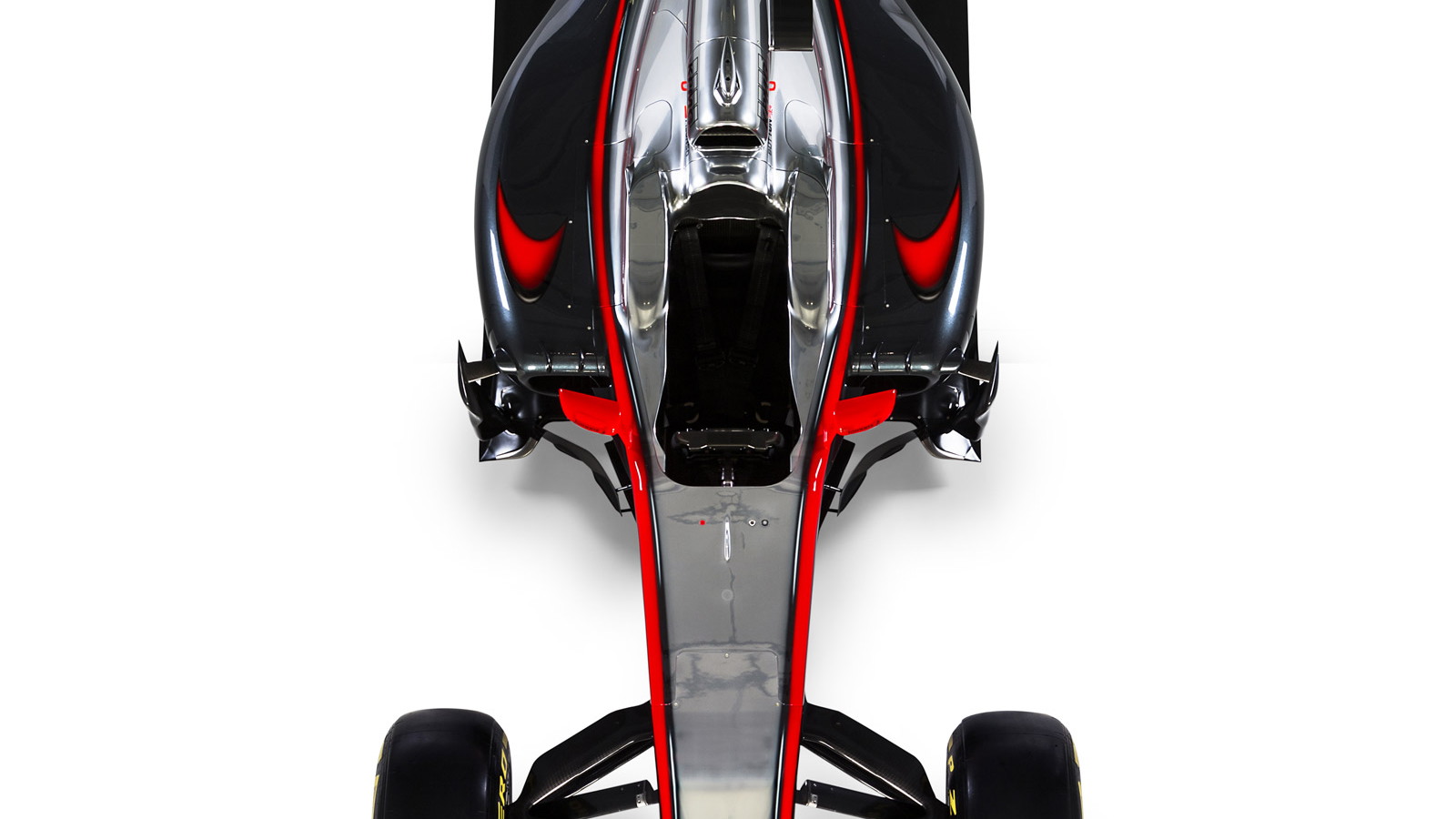 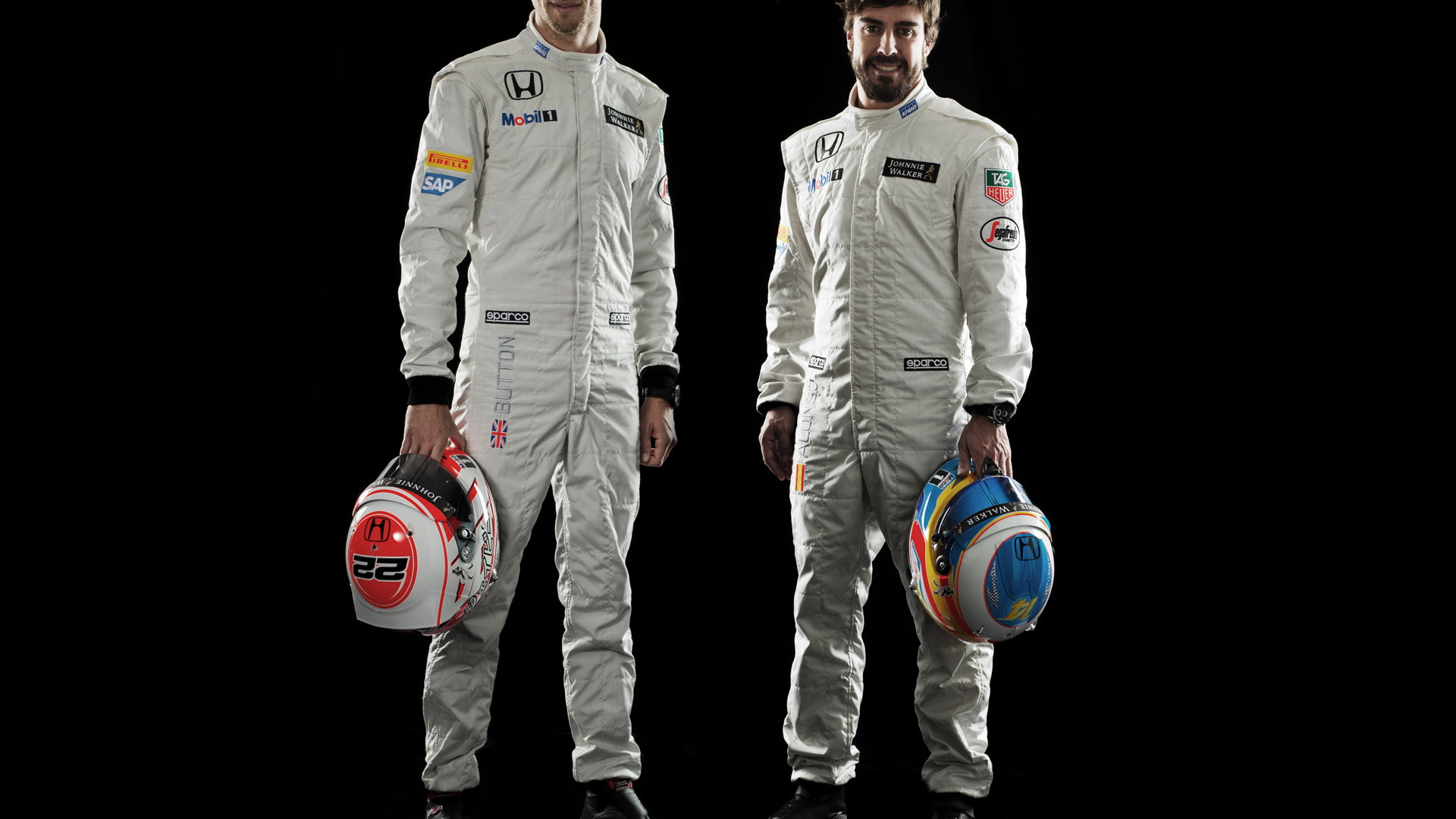 5
photos
It’s been more than two decades since a Honda-powered McLaren has raced in Formula One, and in 2015 that partnership is being rekindled. Between 1988 and 1992, using Honda power, McLaren won eight world championships and 44 grands prix, took 53 pole positions and set 30 fastest laps, all in just 80 races thanks to the likes of Alain Prost and Ayrton Senna. Now it’s up to Jenson Button and Fernando Alonso to continue the legacy.

Today, we have our first look at the car the two world champion drivers will pilot. It’s called the MP4-30 and if you look closely you may just spot some design inspiration borrowed from the MP4/6 of 1991, which Senna drove to a world championship.

The construction is all carbon fiber, with wishbone suspension at both ends as well as push-rod activated springs and anti-roll bars. The wheels are sourced from Enkei and within these sit powerful Akebono brake calipers biting carbon discs. Meanwhile, the total weight is 1,548 pounds, which includes the driver but not the fuel. Most of the weight is taken up by the power unit, which alone weighs 320 lbs.

The power units in 2015 are similar to those used the previous season, though the one from Honda is an all-new design. In line with the regulations, it features a turbocharged 1.6-liter V-6 working in conjunction with two motor generators, one (MGU-K) mounted to the main driveline and another (MGU-H) integrated with the turbocharger.

The MGU-K can add a boost of power when required, and under braking it can recapture energy to store for later use in a lithium-ion battery. The MGU-H is used to help spool up the turbo to reduce lag and can also recapture energy, this time from the exhaust system. Total output of the power unit is approximately 750 horsepower.

An intensive period of testing will now get underway before the first race of the 2015 F1 season, the Australian Grand Prix taking place in Melbourne on March 15. Below are links to some of the other 2015 F1 cars that have been revealed as well as videos of Alonso and Button giving their thoughts about the new season.