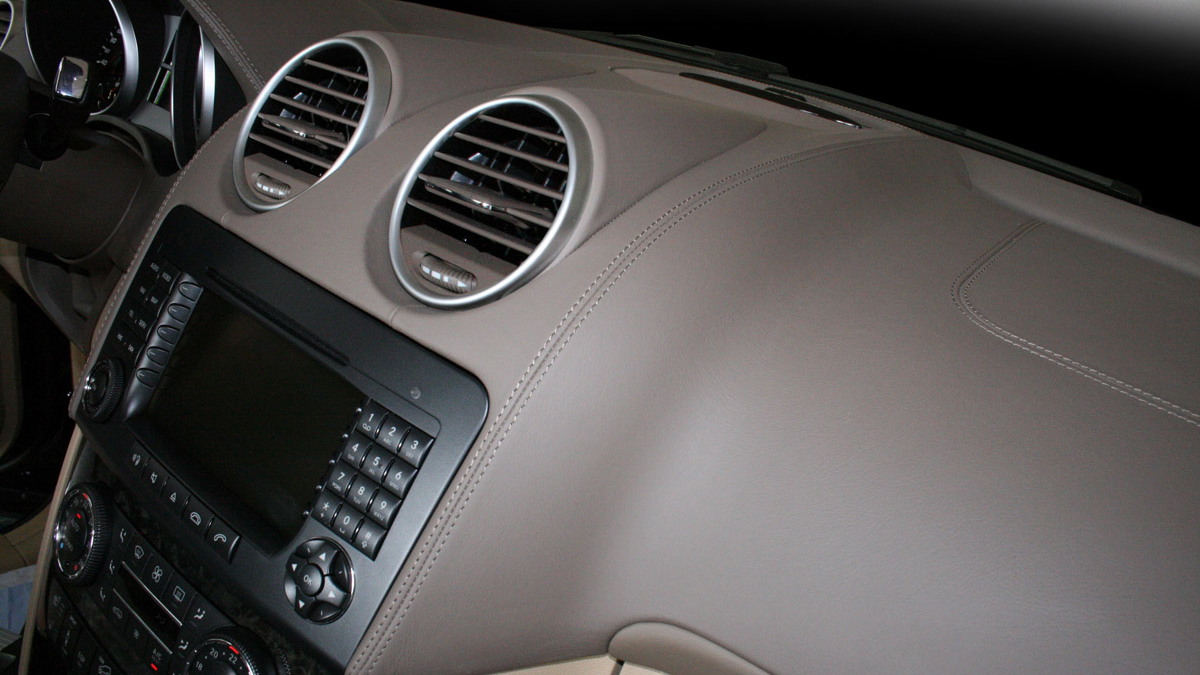 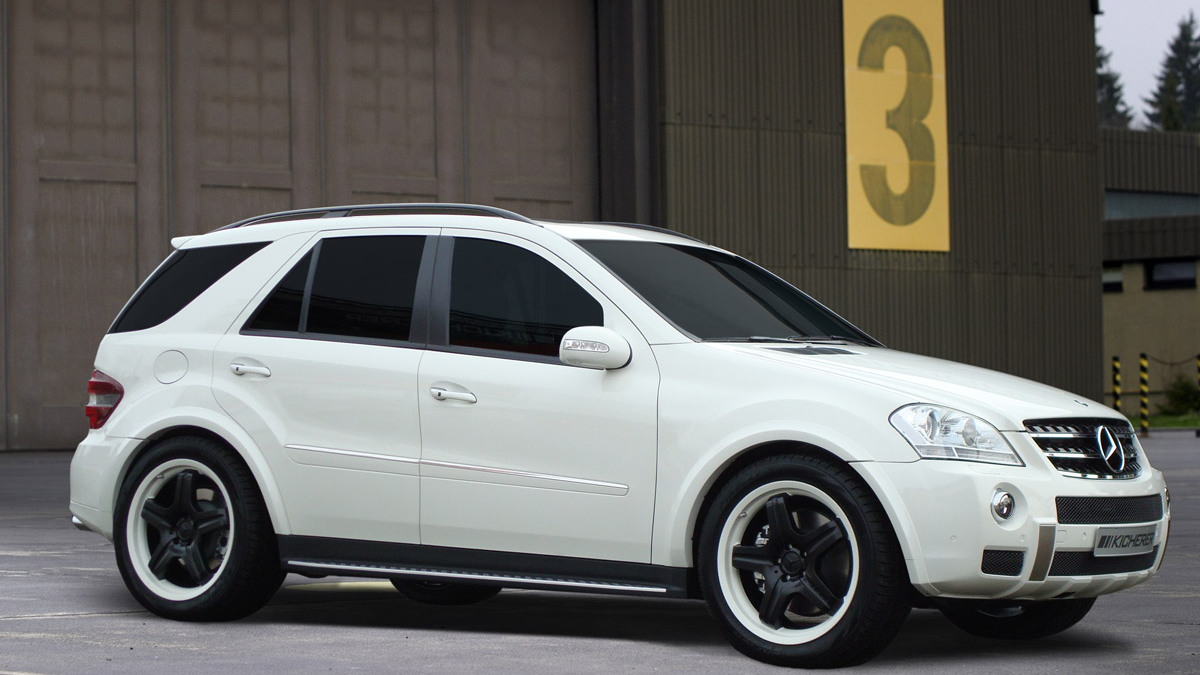 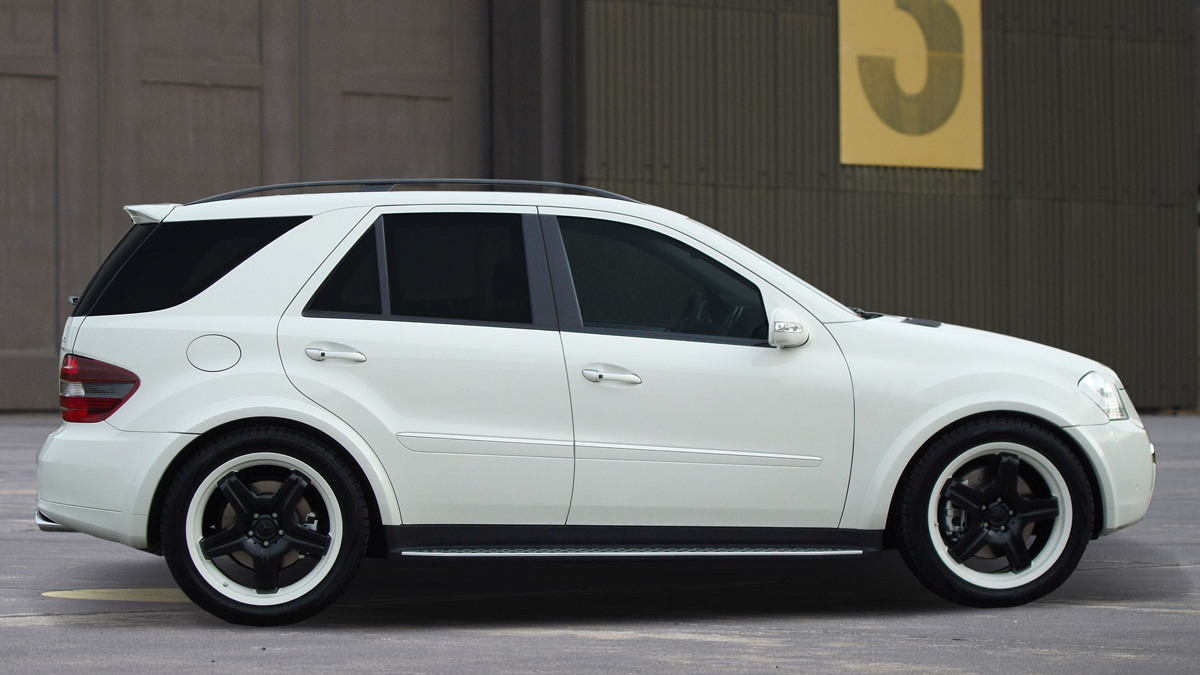 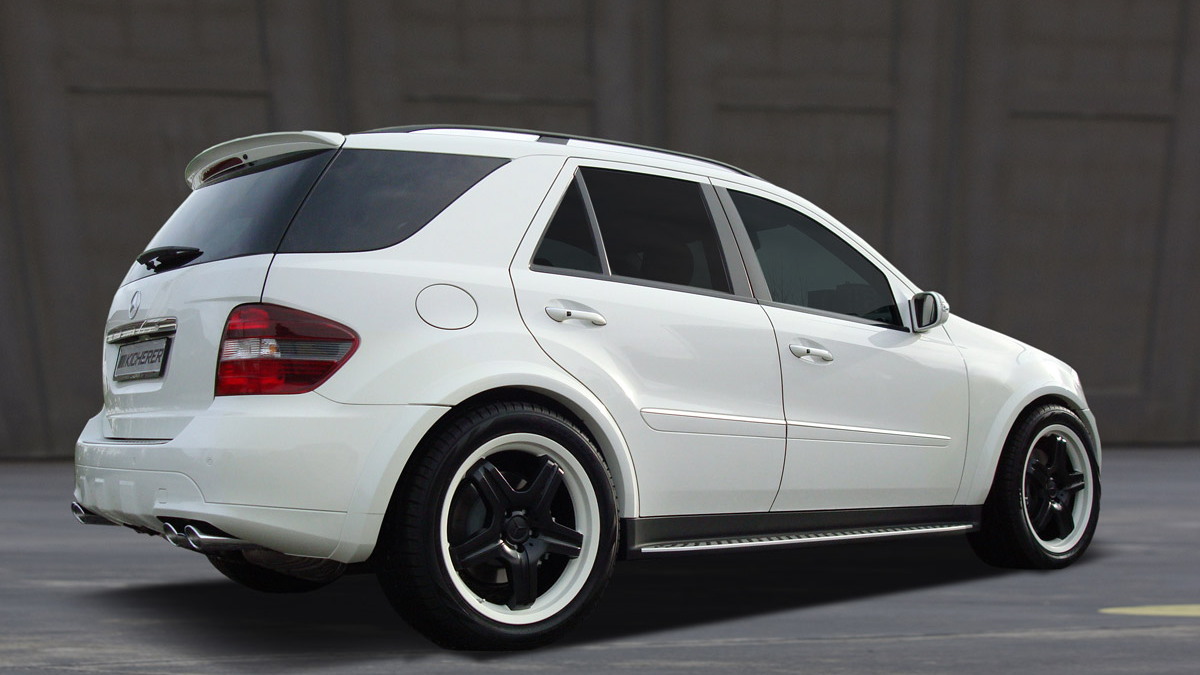 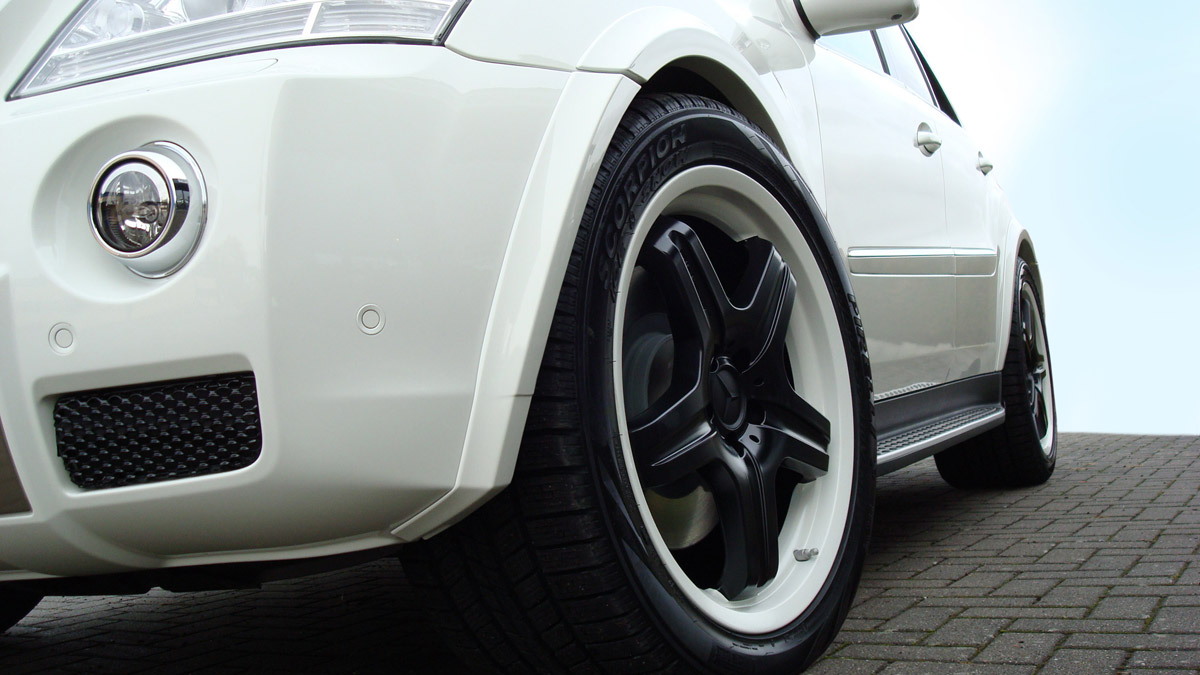 8
photos
German tuner Kicherer has turned its mad scientists onto Mercedes’ ML 420 CDI, increasing the SUV's horsepower and torque as well as altering the interior and exterior of the oil-burner. While the standard vehicle was no slouch in terms of output, the latest ICE tuning kit pumps up horsepower from 306hp to 360hp while torque is pushed to an astonishing 900Nm, up from 700Nm.

The modified vehicle, dubbed the Kicherer 42 ICE, shaves half a second off its 0-100km/h time, completing the sprint in just 6.1 seconds. Similarly, top speed is increased to 280km/h, if you can find anyone crazy enough to try hitting that in the ML. The tuning kit increases power significantly allowing for improved driving in the city as well as off-road territory, but still manages to keep fuel consumption down. The Kicherer 42 ICE also meets all the Euro 4 emissions standards as well.

The engine is not the only thing that’s been changed for the Kicherer 42 ICE, the exterior has an ML63 AMG bodykit, as well as 20in AMG rims and a sports exhaust system. With all this extra power comes extra responsibility as well, and Kicherer has installed a high-performance braking system to keep things under control.

The interior also gets the Kicherer treatment, with high-quality leather adorning the headliners, dashboard, door panels and other surfaces throughout the car. There are also carbon fibre accents to add some sporting feel to the otherwise luxurious climes as well as an ergonomic steering wheel with paddle shift levers.

Interestingly, the Porsche Cayenne S is half a second slower to 100km/h than the Kicherer 42 ICE despite the fact it carries a 4.8L petrol V8 and uses more fuel, which in our mind makes the 42 ICE a very interesting package and shows how much potential diesel powered cars have in the performance arena.