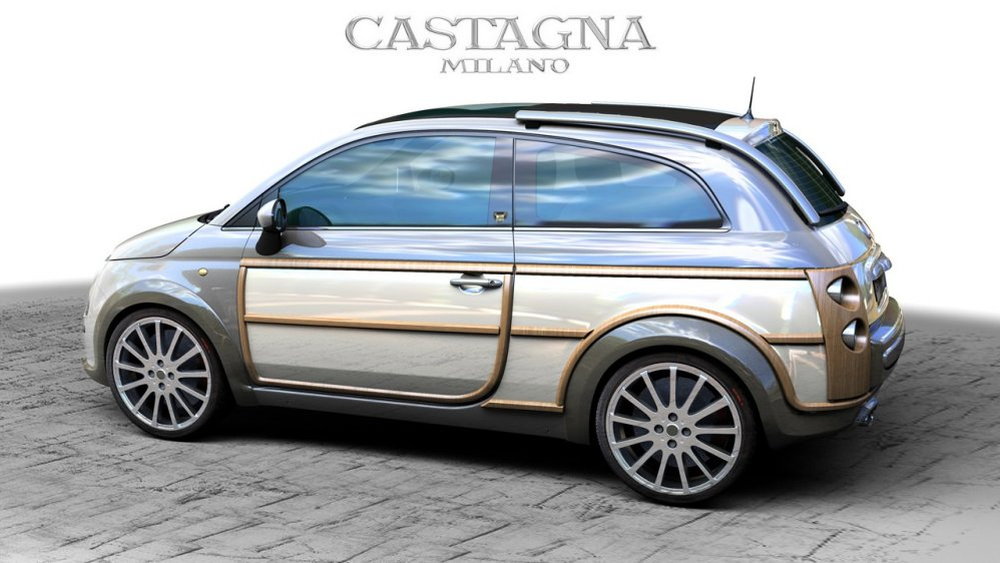 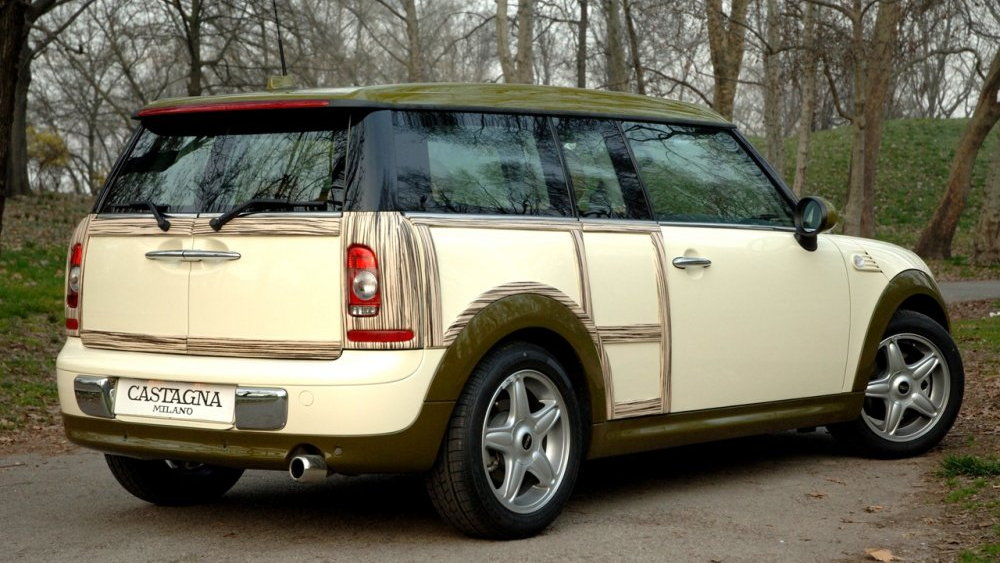 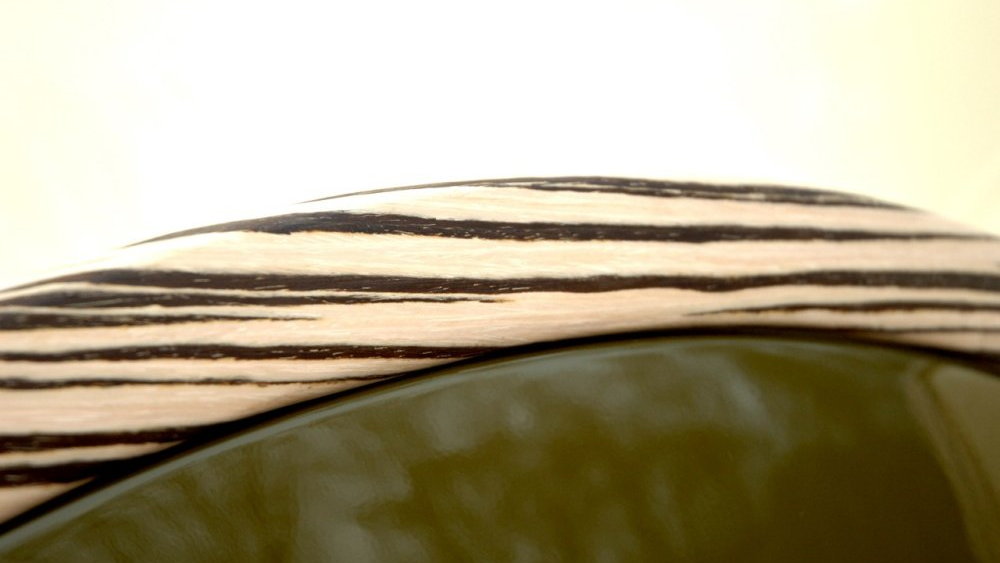 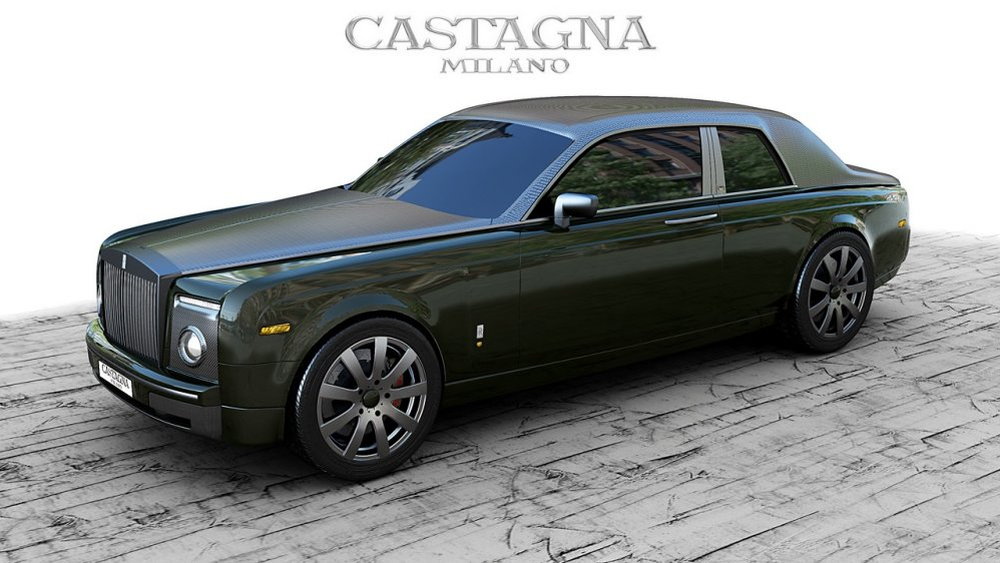 5
photos
Italian coachbuilder Castagna has revealed a pair of wood-panelled cars it has developed for this week’s Geneva Motor Show. Designers used the new Mini Clubman as well as a stretched Fiat 500 hatch dubbed the ‘WoodyWagon’. The modified 500 is in fact the first stretched version of the new mini-hatch and it includes a number of structural changes to transform the car into a genuine estate.

Developers have increased the rear overhang by around 50-60 mm to improve load space and the C-pillar has been moved back accordingly, and now features a longer rear side window. At the rear are a set of vertically stacked taillamps and a proper tailgate.

Performance upgrades include a supercharging kit for the 1.4L petrol engine. With boost wound up to 0.4bar, the tuned motor develops a peak output of 155hp, up from the stock car’s 100hp. Peak torque climbs to 170Nm and top speed now registers at 200km/h.

Also on show in Geneva will be a Mini Clubman with the same wood panels as the 500 WoodyWagon as well as a Rolls-Royce Coupé with carbon-fiber used for the bonnet, boot, roof, and A and C-pillars.