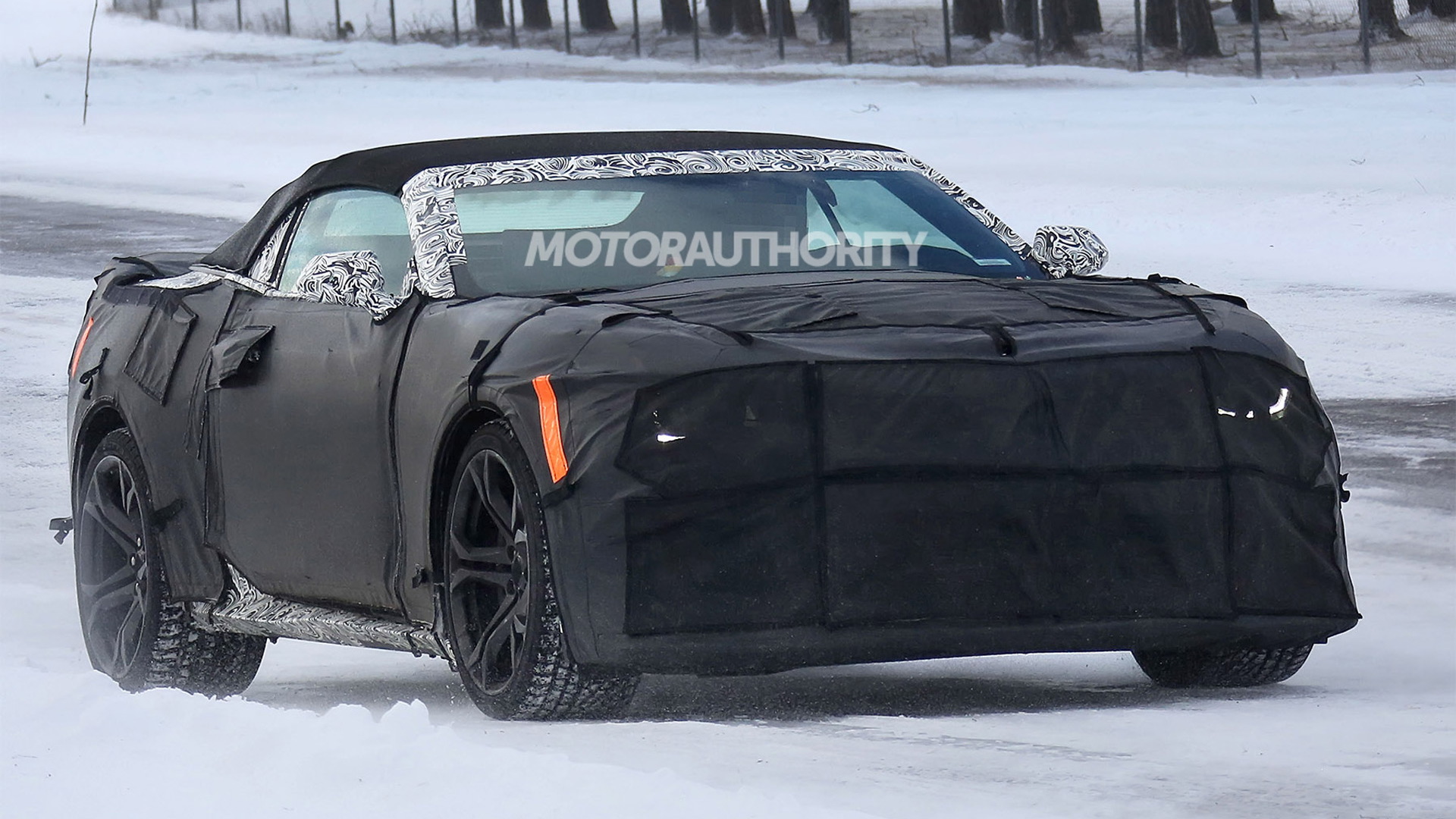 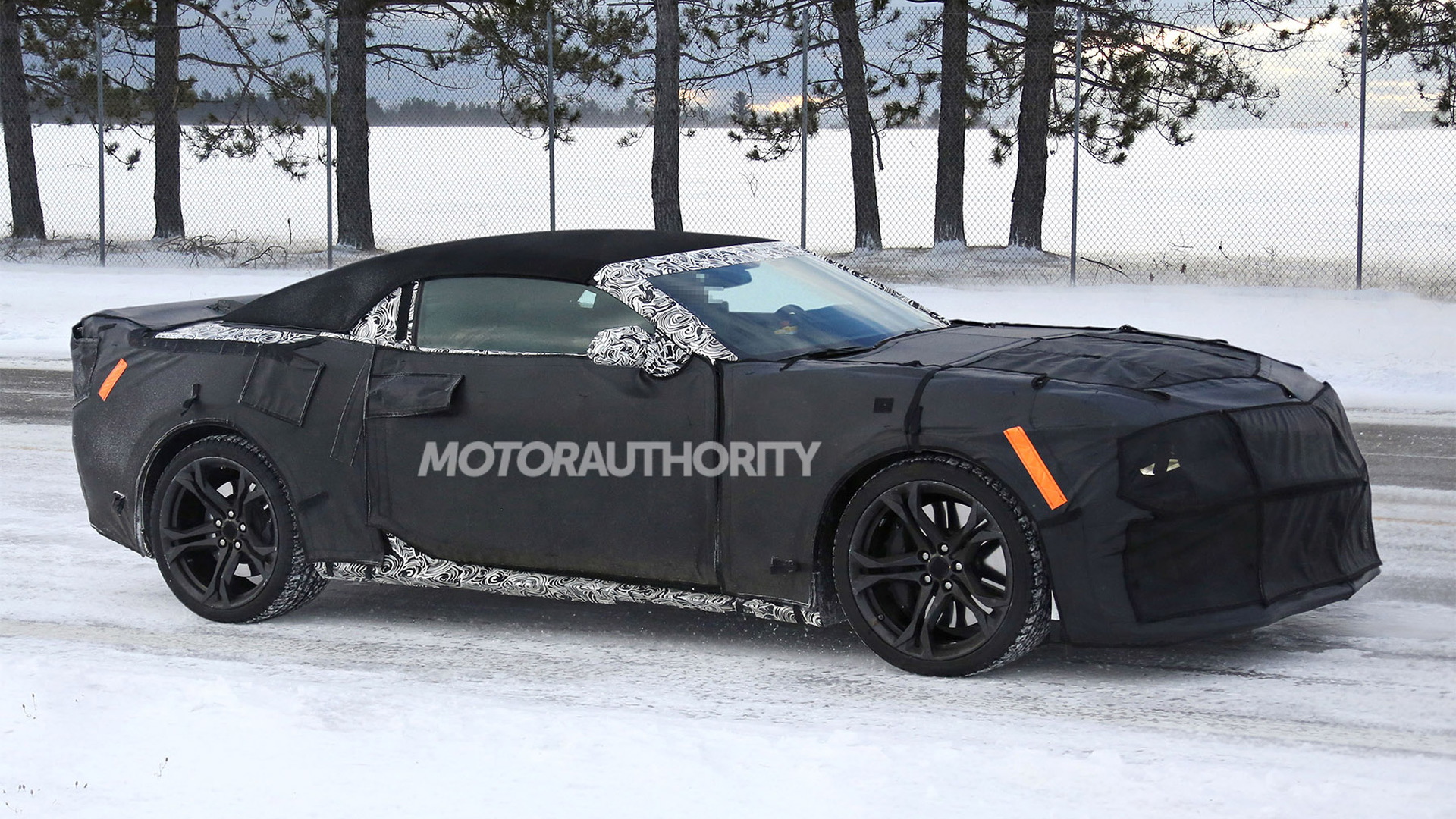 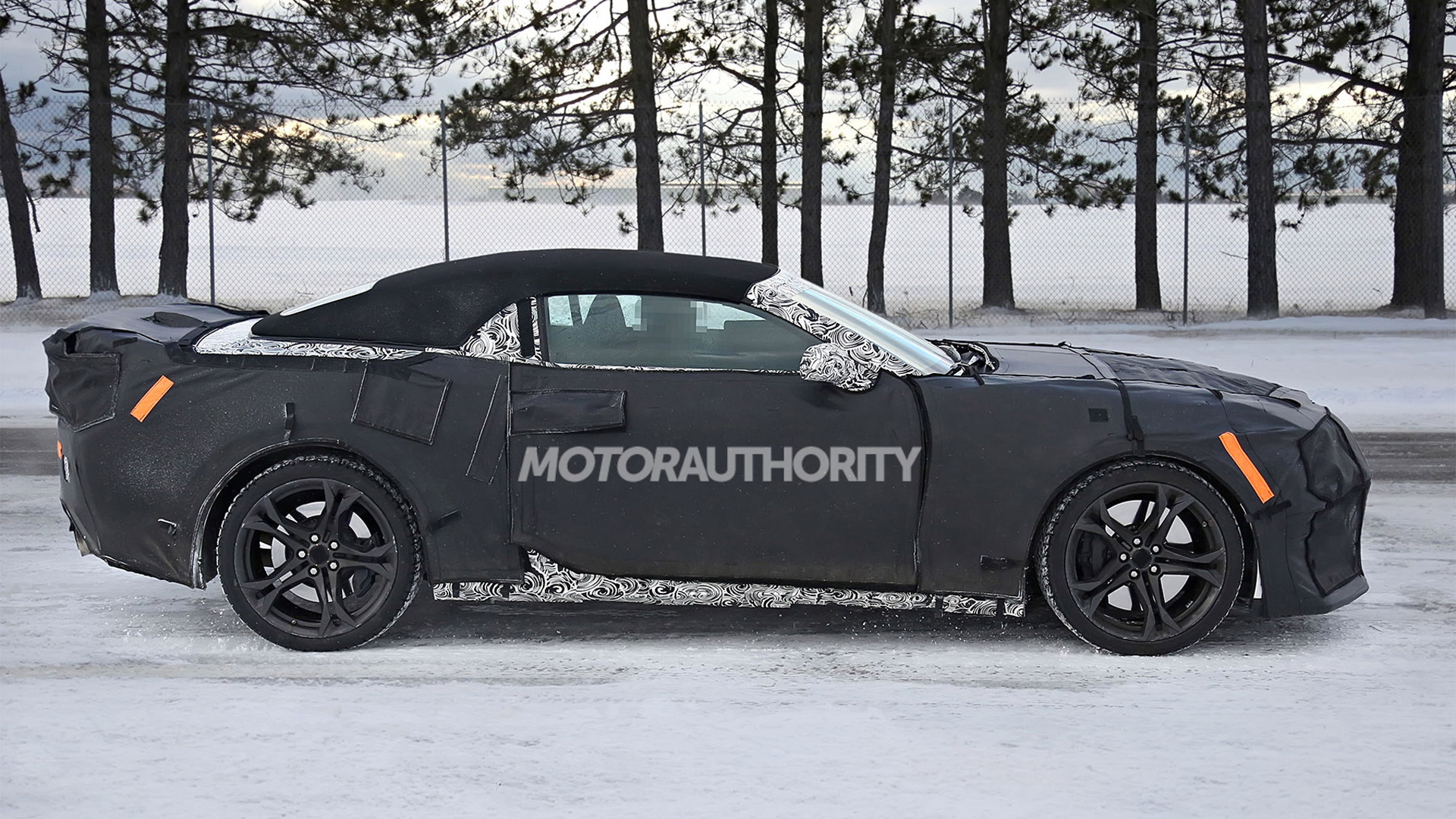 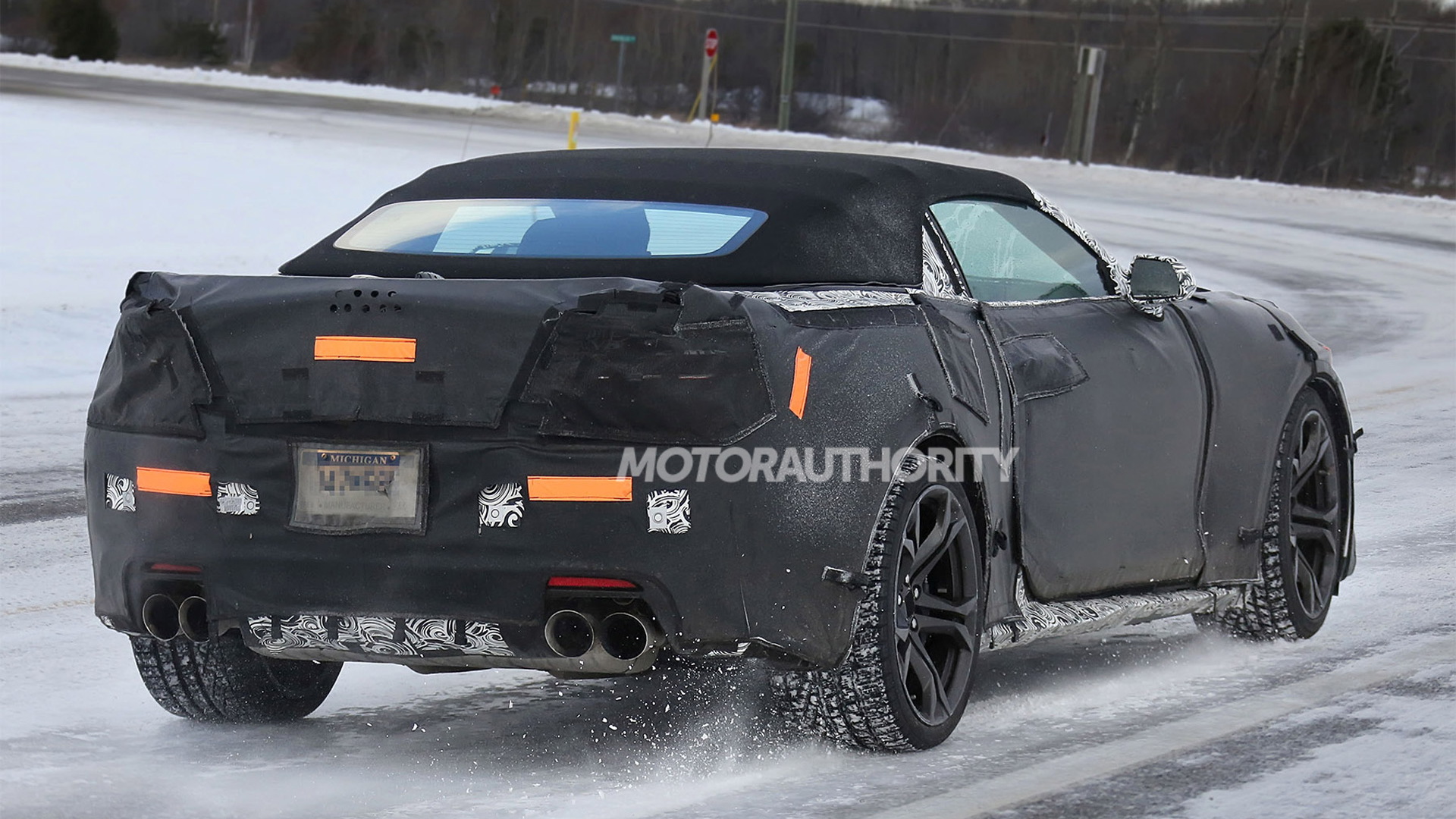 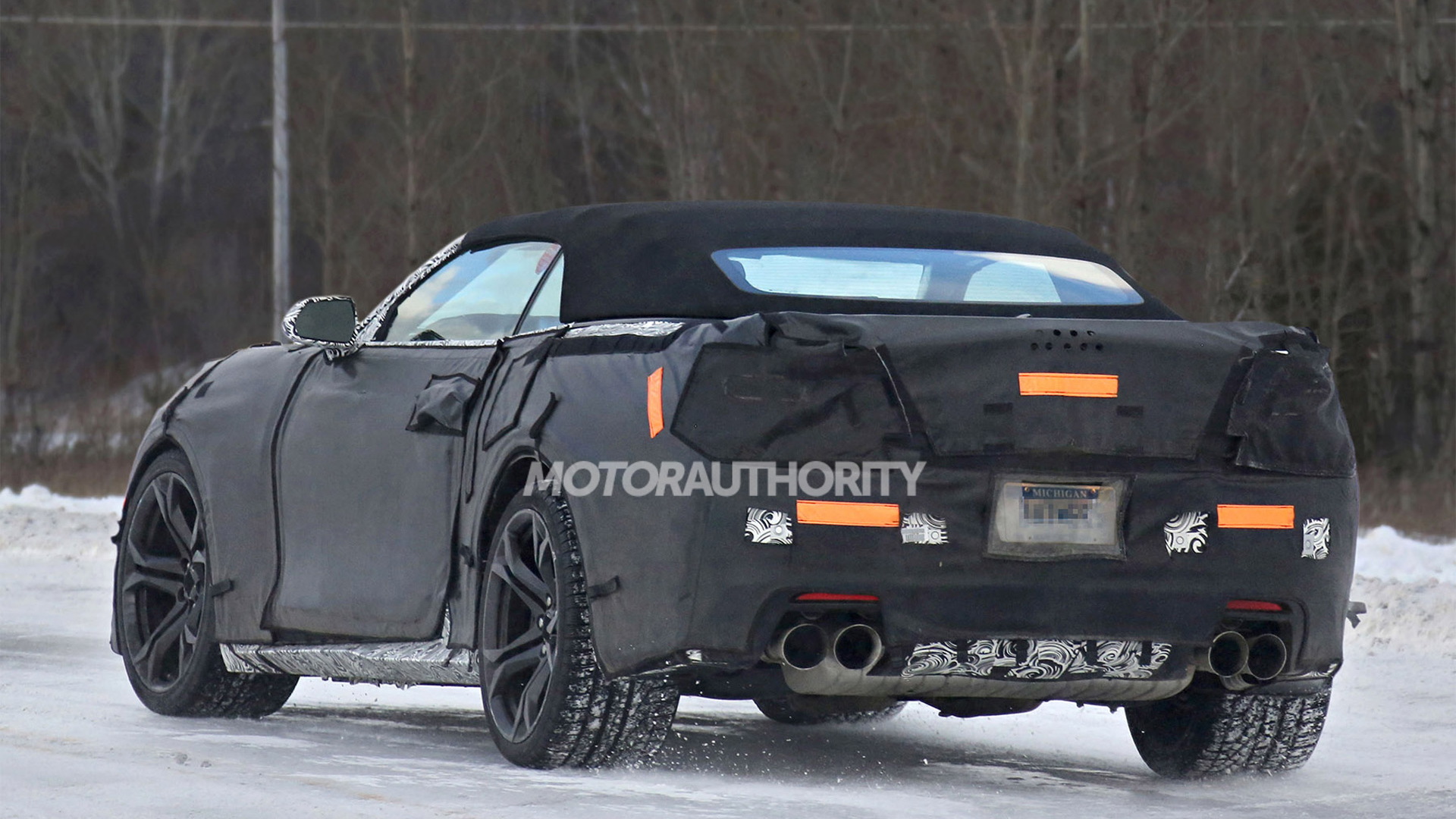 The all-new, sixth-generation Camaro has already been awarded our Best Car To Buy award in its SS trim, but even more potent versions of the car are coming, two of which have already been spotted out and about in prototype form. One is a track-focused 1LE and another is the ZL1 drag strip favorite.

We now have our first spy shots of a prototype for a new Camaro ZL1 Convertible. It’s got the more aggressive front-end treatment seen on prototypes for the ZL1 coupe, as well as the large wheels and massive quad-exhaust tips also seen previously. The roof should be identical to the one on regular versions of the new Camaro Convertible.

The engine for the new ZL1 is expected to be the supercharged 6.2-liter LT4 V-8 already found in the Corvette Z06 and Cadillac CTS-V. The previous-generation ZL1 had a supercharged 6.2-liter LSA V-8 good for 580 horsepower, so factor on this one developing more than that. We don’t think it will match the Corvette Z06’s 650 hp, but the 640 hp of the CTS-V is a strong possibility.

Combine the extra hp with the lighter weight of the sixth-generation Camaro’s Alpha platform and the new ZL1 should easily outmatch its predecessor. In fact, with just 455 hp on tap, the SS is already capable of 0-60 mph acceleration in 4.0 seconds and a quarter mile ET of 12.3 seconds at 116 mph, which is close to the numbers produced by the previous ZL1.