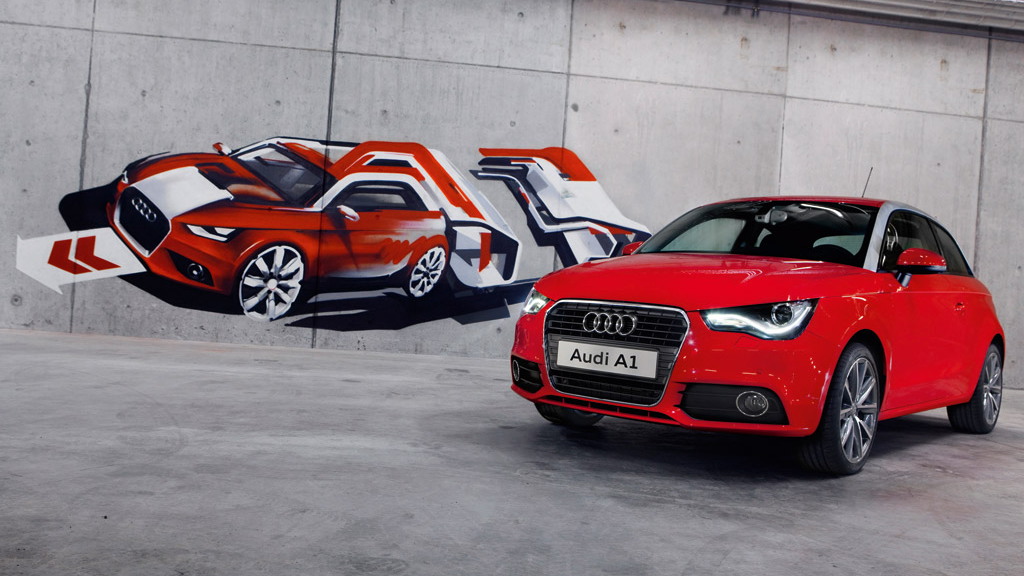 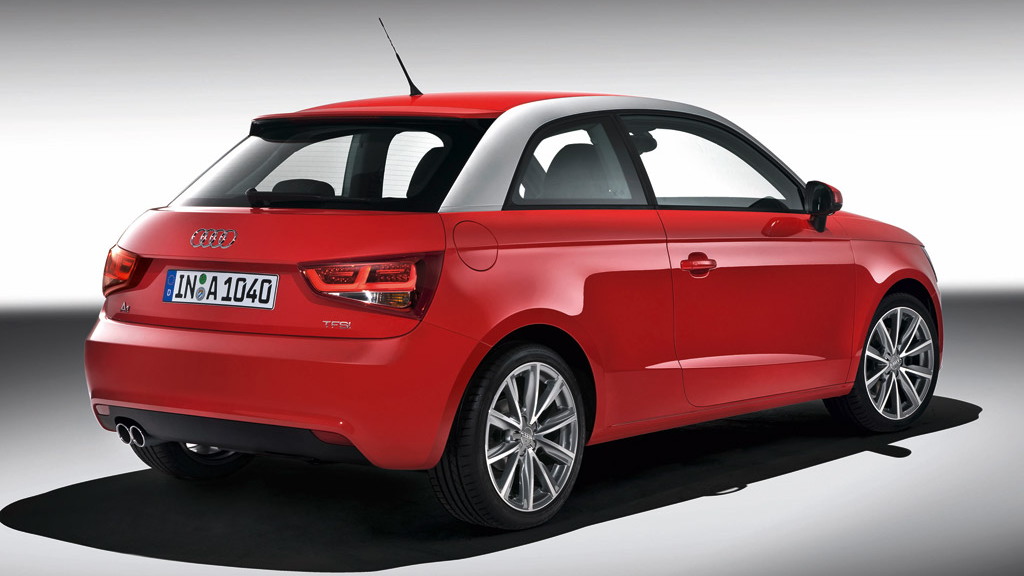 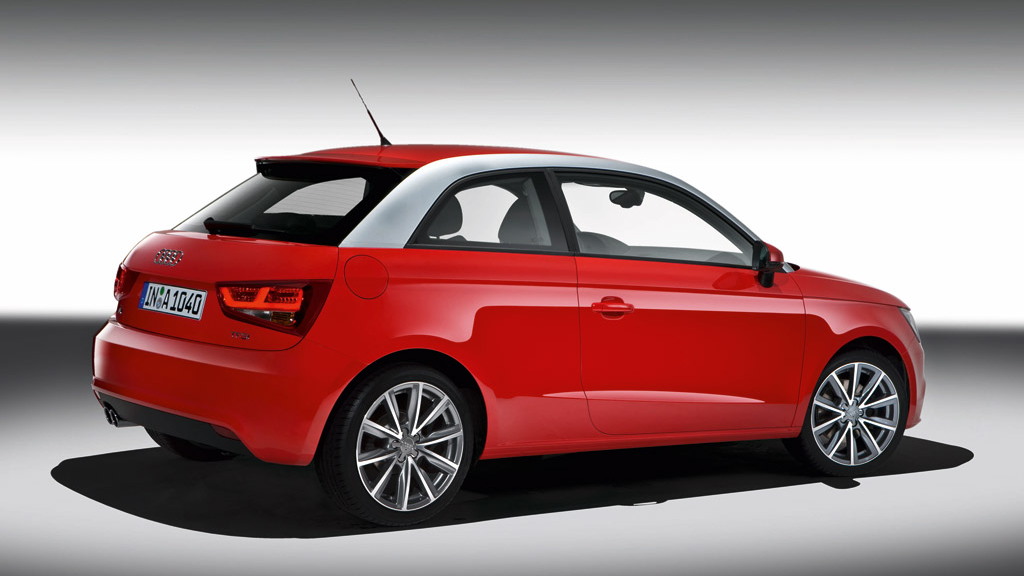 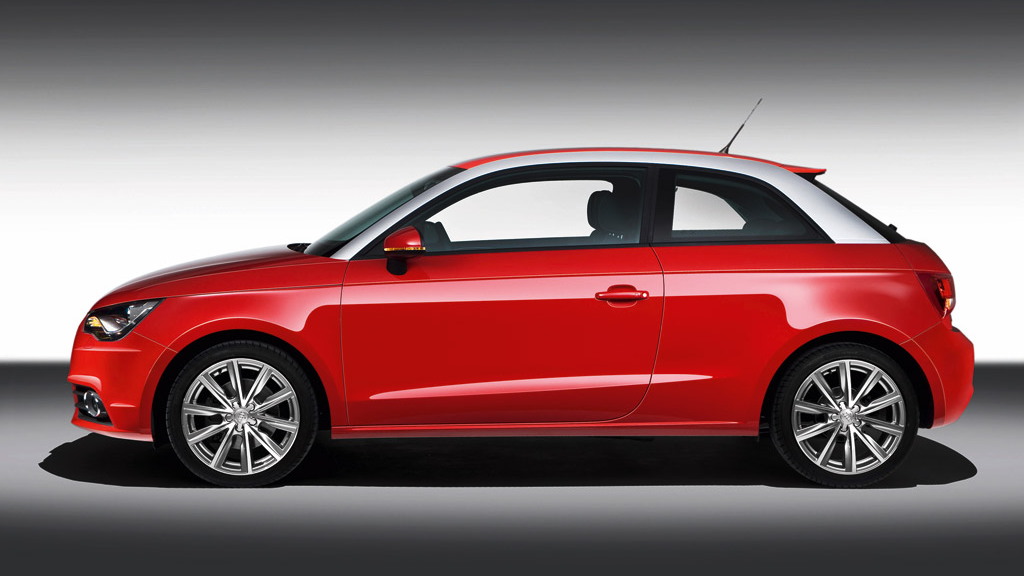 11
photos
The 2011 Audi A1 is finally here. After enduring months of drip-fed teasers, a couple of concept cars and even several leaks Audi has released full details and images for its new "premium compact" ahead of the car's official world debut at the 2010 Geneva Motor Show.

Audi has consistently boasted about the A1's high levels of dynamic and build qualities, going so far as to claim that the upcoming hatchback will be the "first premium automobile in the compact class," capable of outshining rivals like the MINI and Mercedes-Benz A-Class. To achieve this Audi has developed a brand new chassis for the A1 with a range of advanced engines offering strong performance in this class.

The quality theme is continued into the cabin, which from these initial shots appear spacious and airy. The instrument panel is suggestive of an airplane wing, with four round air nozzles reminiscent of the turbines of a jet. LED highlights, a customization program--including a separate paint choice for the A1's roof arch--and the MMI infotainment system all hint at the A1's luxury genes.

Other premium features include optional xenon headlights with LED daytime running lights, an optional retractable MMI display, a Bose stereo system and a connectivity package for the later integration of an Audi map-based navigation system.

Four engines will be available at launch: two TFSI gasoline units and TDI turbodiesels, all of which feature turbocharging, direct fuel injection and engine stop-start technology. Power outputs range from 86-122 horsepower and customers will be able to choose from a standard six-speed manual or optional seven-speed S tronic dual clutch transmission. Fuel economy will vary between 43 and 62 mpg (estimated figures for combined European cycle).

The 2011 Audi A1 is strictly front-wheel drive, for now (a high-performance all-wheel drive quattro S1 is due at a later date) but it benefits from a relatively wide track and good weight distribution. Audi engineers devoted a great deal of attention to the distribution of axle loads during the development of the A1. Measuring only 31.89 inches, the front overhang is unusually short. Depending on the engine, only between 61 and 63 percent of the weight rests on the front axle, a low value for a compact car. The total weight of the A1 is just 2,304 pounds.

The front suspension comprises a MacPherson construction with lower triangular wishbones. The steering impulse from the electrohydraulic rack-and-pinion power steering, which is more efficient than a straight hydraulic system, is transferred via short paths to a pivot bearing for spontaneous steering response and precise, sensitive feedback through the steering wheel. The base model comes with 15 inch wheels but 16 and 17 inch wheels are offered as an option.

For now, Audi is being tight-lipped on whether or not the A1 will be offered to customers in the U.S. but given the popularity of its main rivals, such as the MINI and even the BMW 1-Series, there's a strong chance that the A1 could eventually arrive in local showrooms. In Europe the A1 will be priced from €16,000 (approximately $22,000).