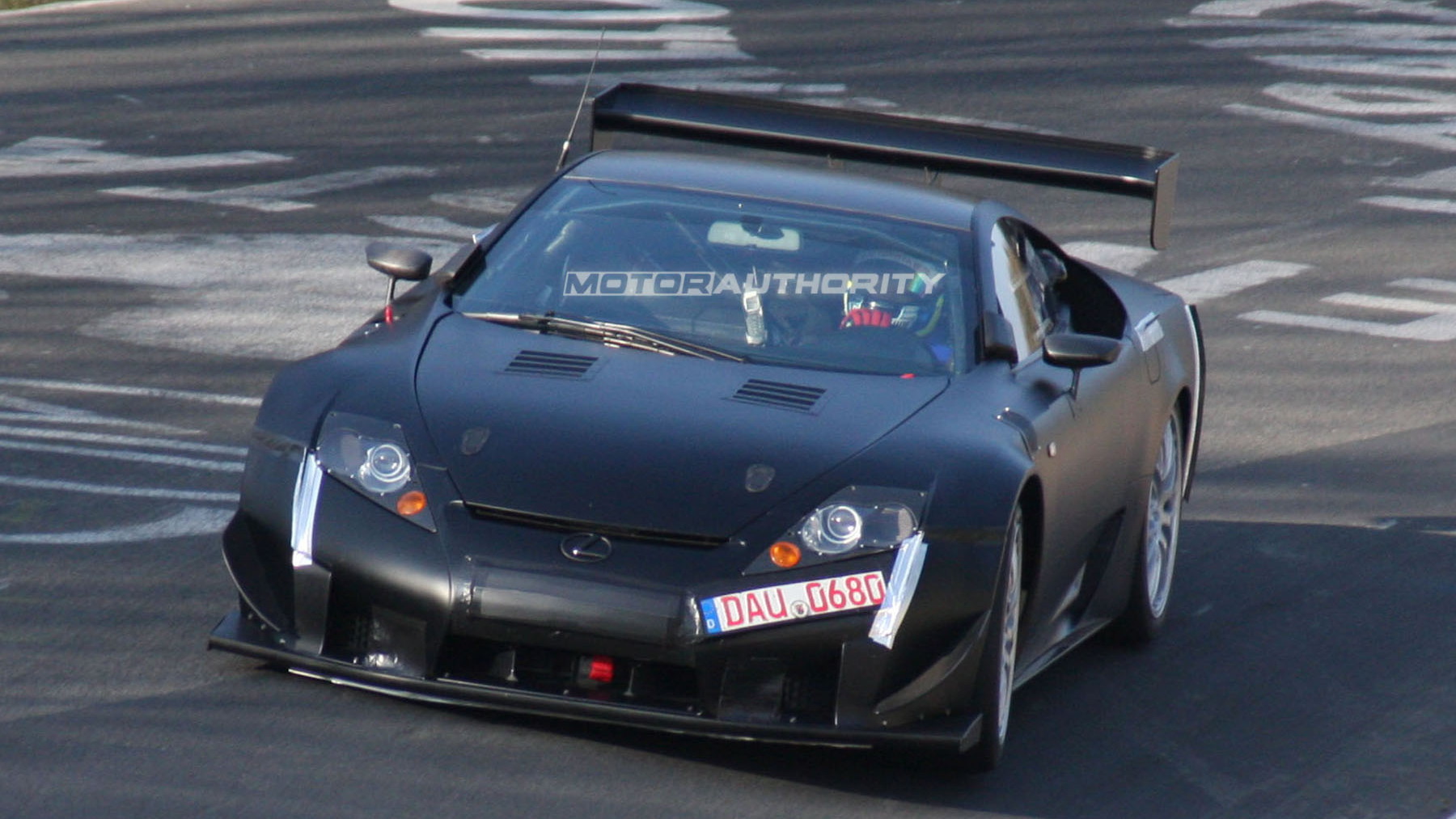 6
photos
Toyota has confirmed via its Japanese press site that its upcoming Lexus LFA supercar will contest the Nürburgring 24 Hours endurance challenge--dubbed the 36th ADAC Zurich 24h Race 2008--in Germany next month. This will be the first public debut of the new supercar although details about the final production model are expected to be kept secret.

A prototype of the racing-spec LFA was spotted recently at the Nürburgring and as these spy images reveal the car has a number of new features never before seen on previous test mules. Some of the key changes include the addition of a chunky GT wing, bigger wheels and brakes, a new body kit with oversized intakes, and front-mount canards. Other changes include smaller race-style side mirrors, revised headlamps and a lower ride height. Inside, there’s a full roll cage and carbon fiber panels.

Engineers are not aiming to win the race but plan to use it to obtain useful feedback for further development of the production car, which is due towards the end of the decade. Nissan's GT-R has clearly upset the applecart in the Japanese performance car stakes but it's heartening to see that Lexus is so committed to the LFA program that it's willing to race pre-production mules.

The race event will take place during the weekend falling between the 22nd and 25th of May, 2008.