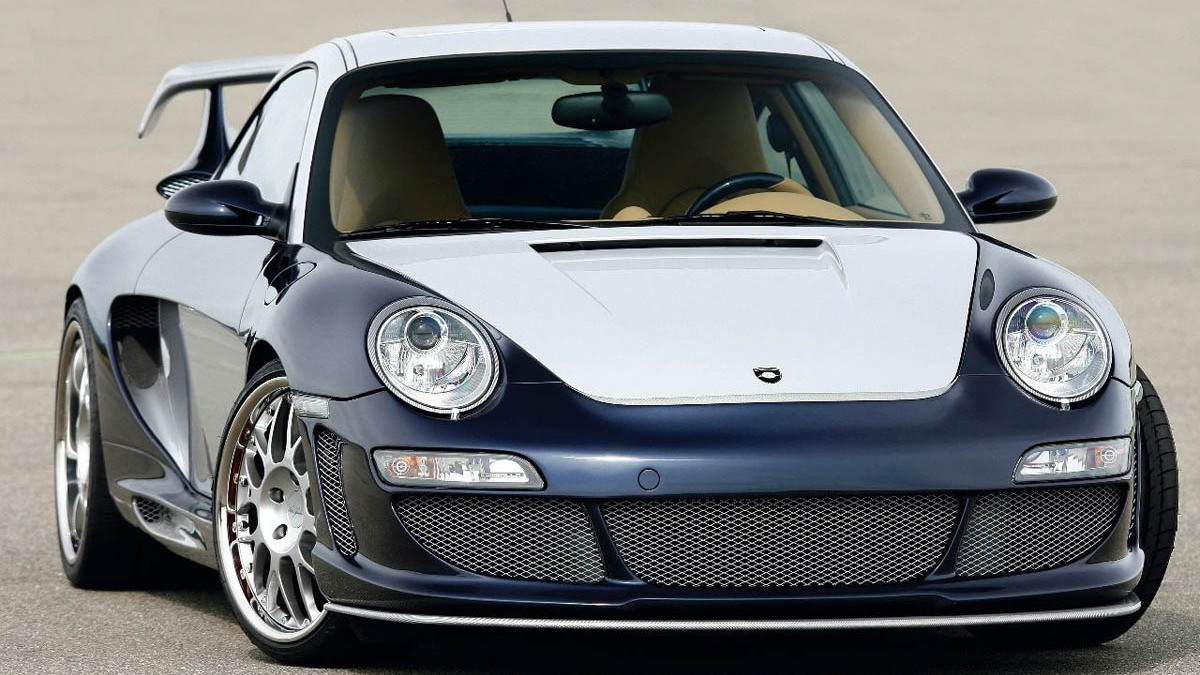 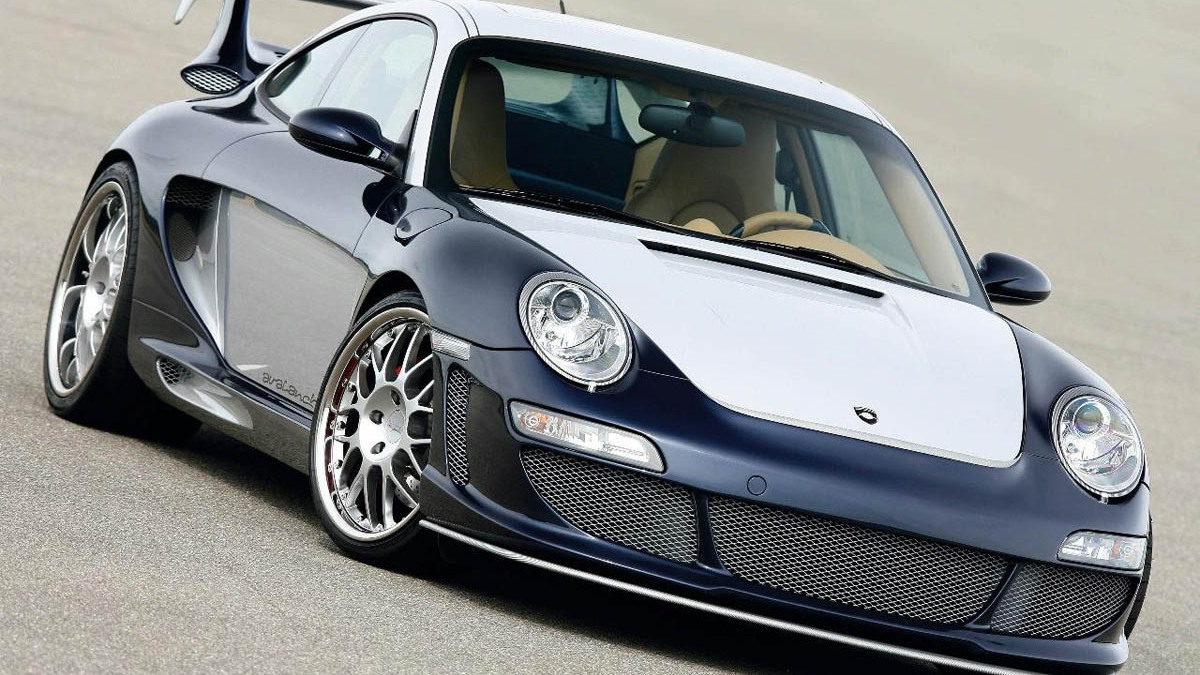 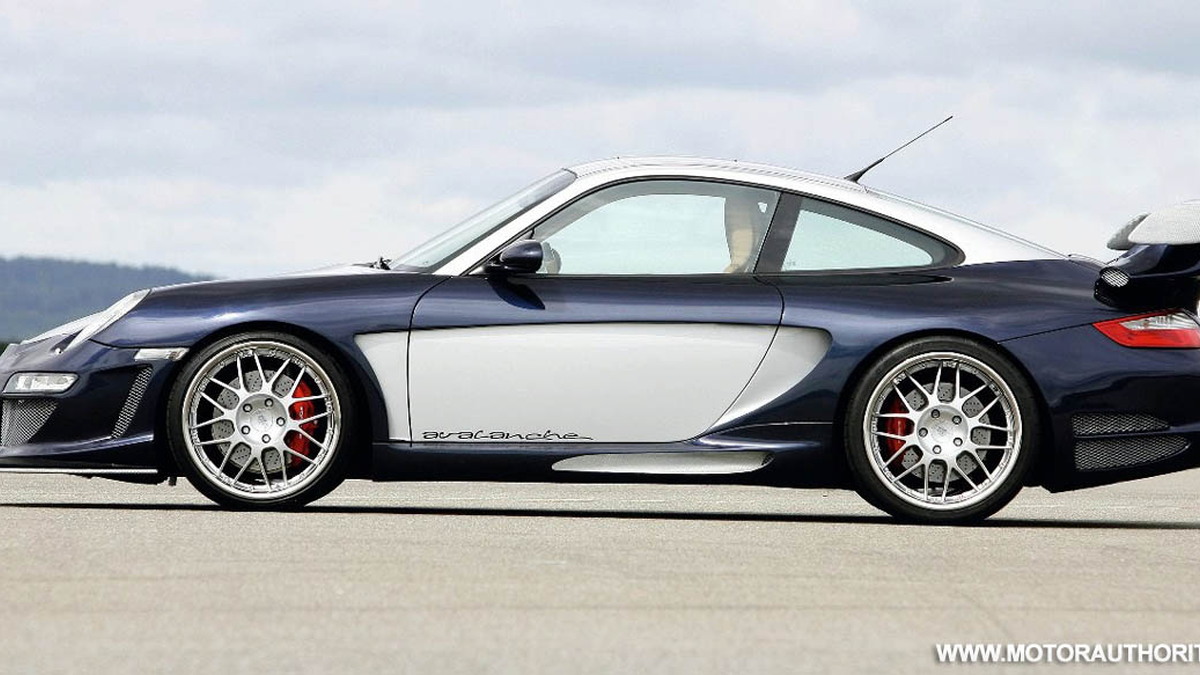 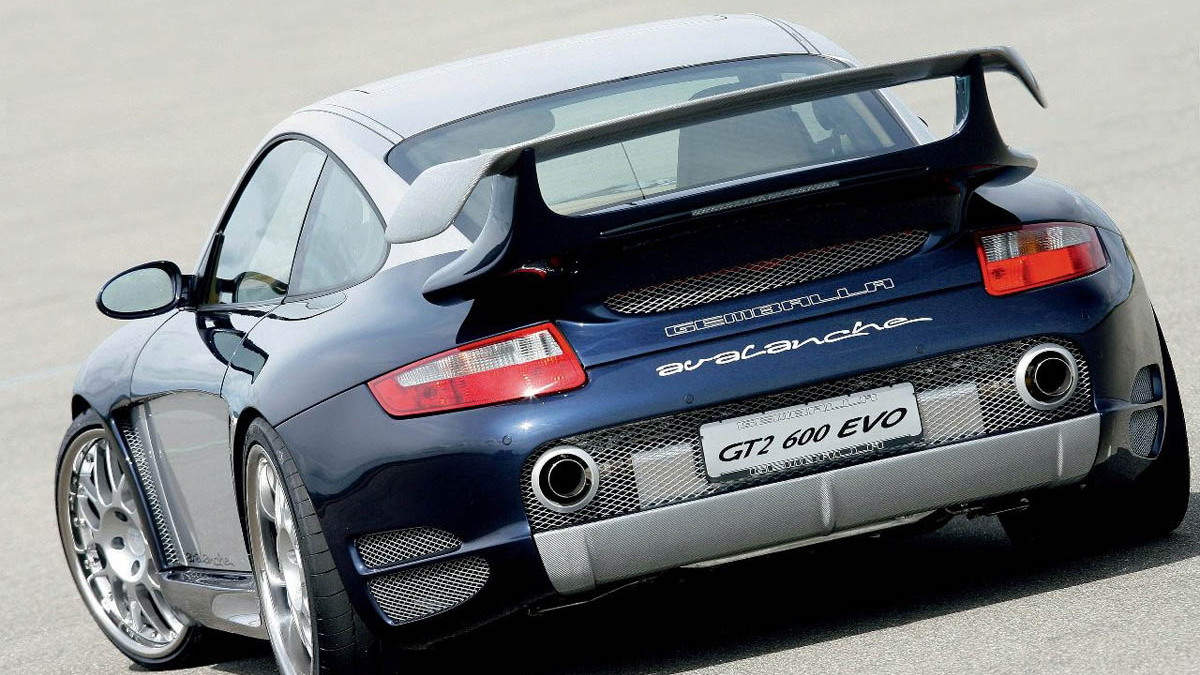 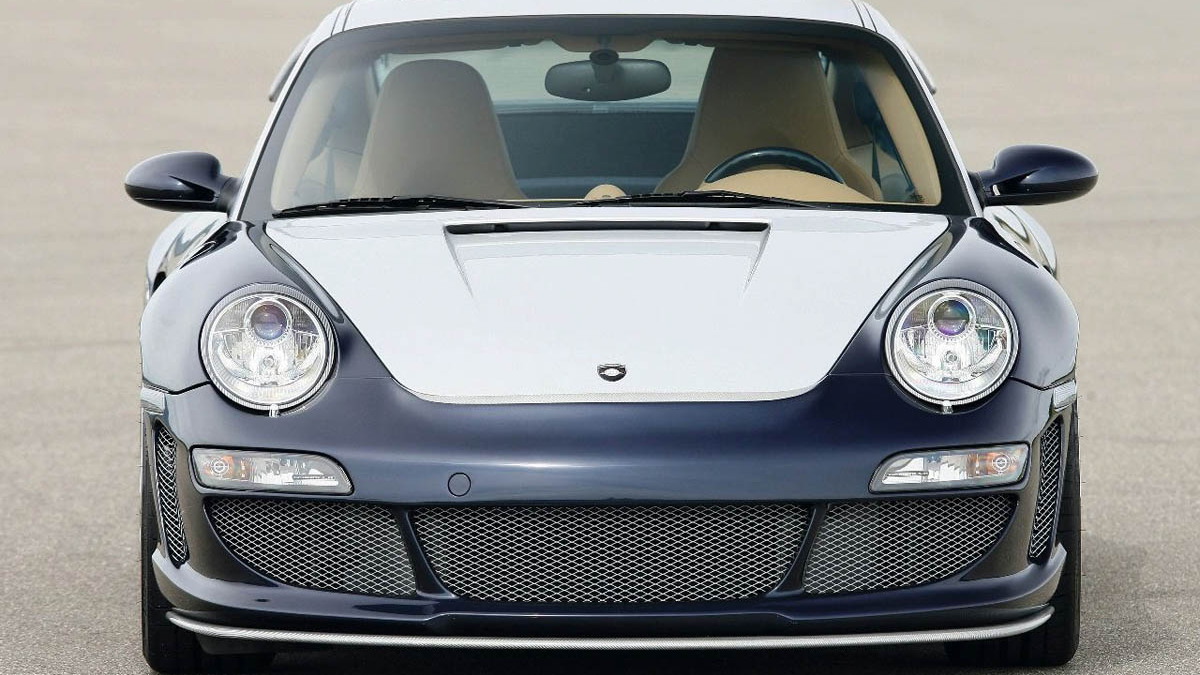 8
photos
German-based Porsche tuner Gemballa has revealed its latest aero and engine kit for the Porsche GT2 and 997 Turbo. Dubbed the Avalanche 600 GT2 Evo, the new kit pushes horsepower to an impressive 600hp and lifts torque to 840Nm through a variety of modifications when installed in the range-topping 911 GT2.

Using a modified sports intercooler, the Avalanche 600 GT2 Evo hits 60mph from rest in just 3.5 seconds and goes on to reach a 200mph top speed. The increased performance is courtesy of a new high-flow stainless steel exhaust system, a less-restrictive air-intake, increased boost pressure and a remapped ECU.

To complement the new power, the Gemballa Avalanche 600 GT2 Evo also comes with an aero kit consisting of new air-intakes, modified side sills, a special hood, an Avalanche front skirt and a GT2 front spoiler lip. Around the back you'll find a tailgate skirt and a diffuser, as well as hot air outlets for the new exhaust system.

The brakes and suspension are also upgradeable, and with that extra power some bigger brakes may come in handy. The bi-color paintjob is another option and the interior gets a Gemballa makeover consisting of various aluminum insets and finishes to give the car a more sporty look and feel.