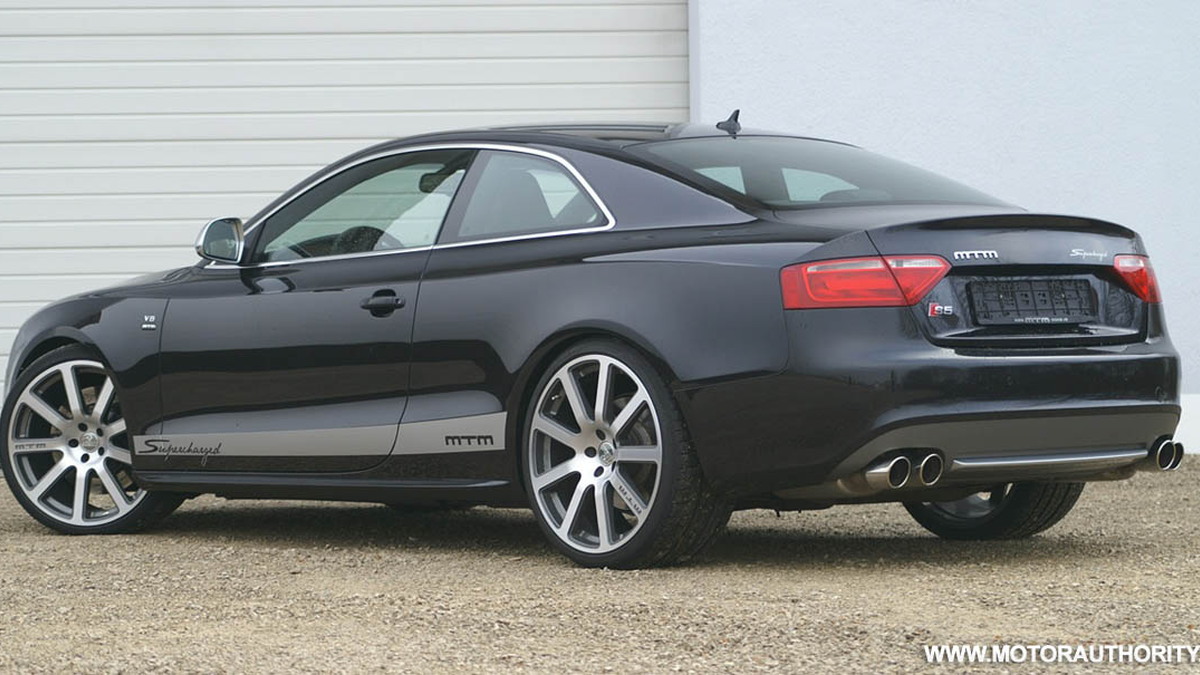 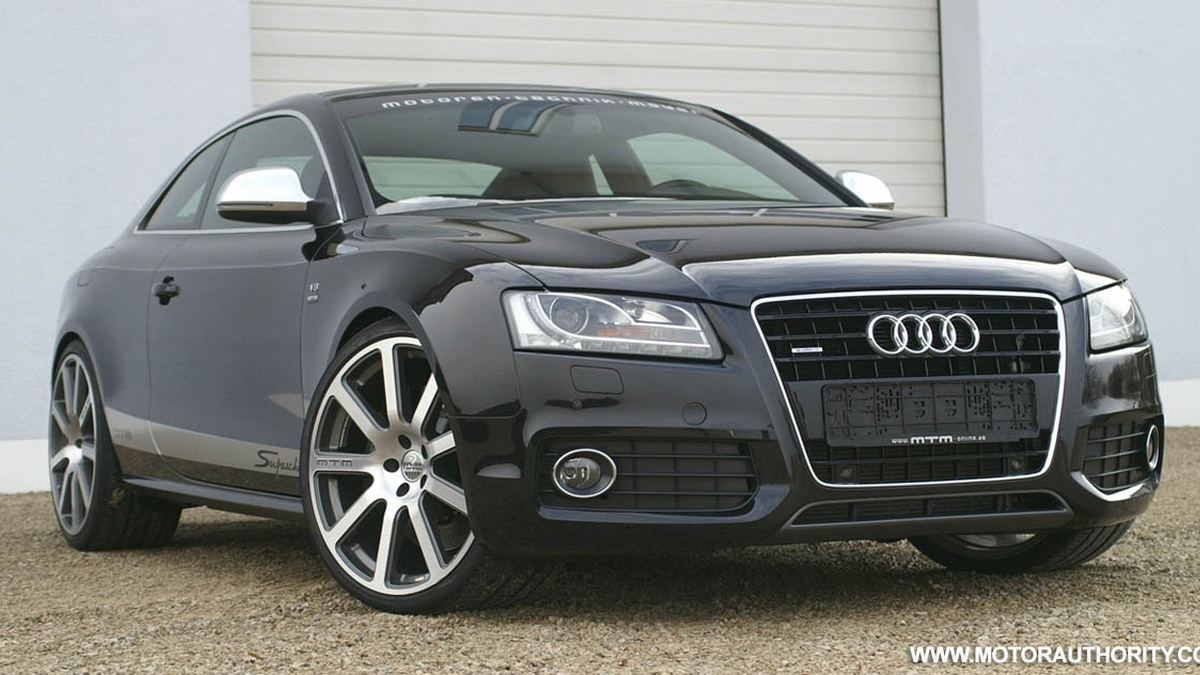 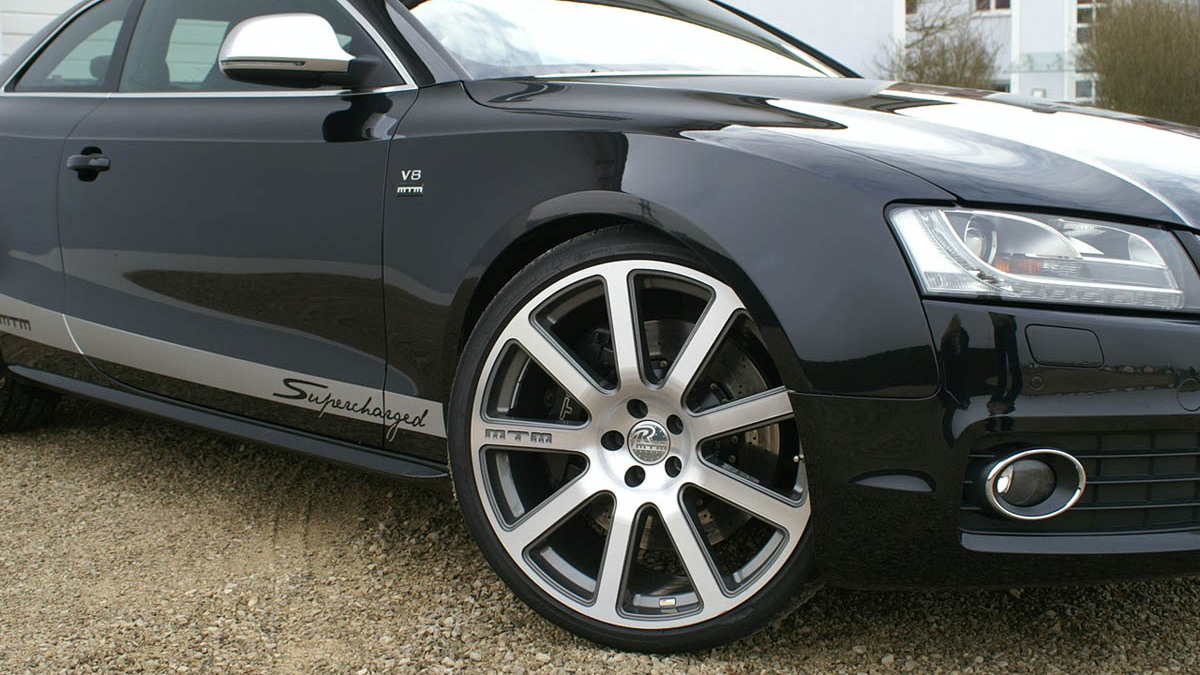 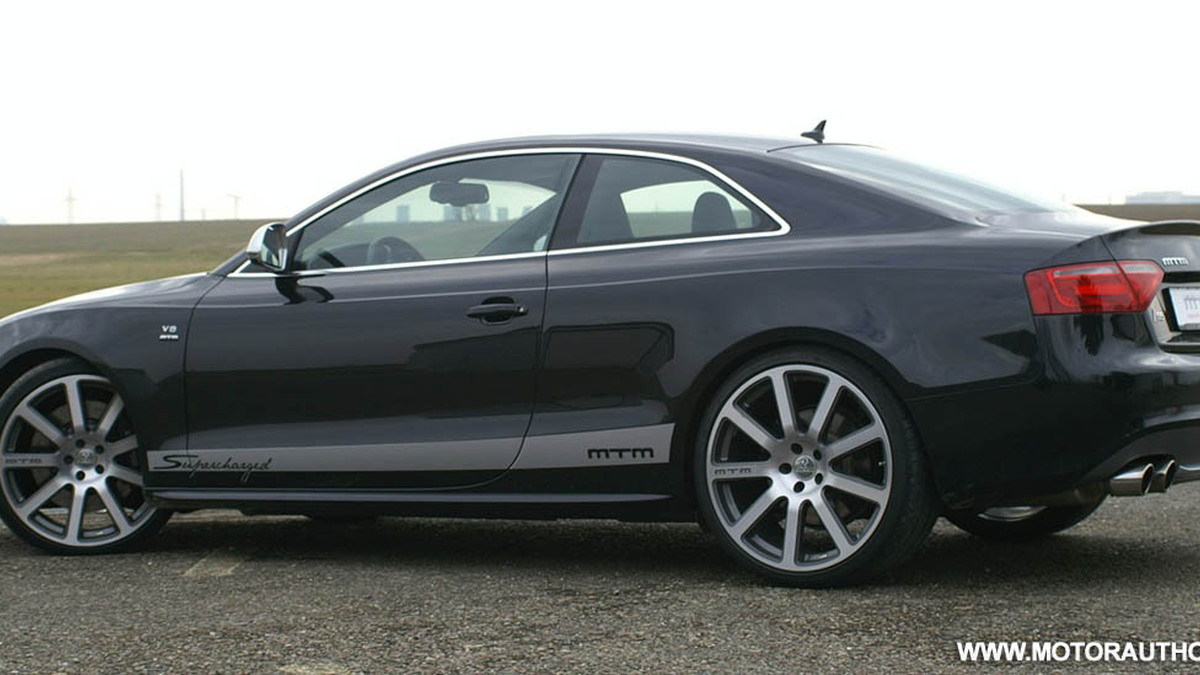 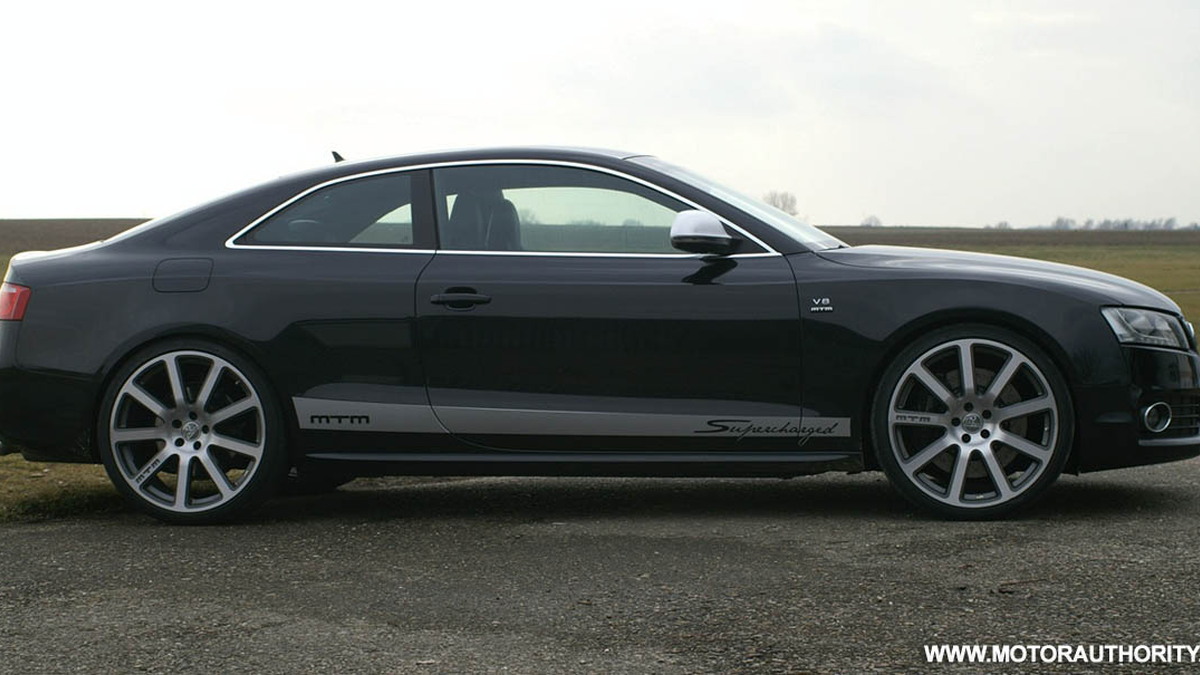 8
photos
Famed German tuner MTM has gotten its hands on an Audi S5 and given it some more grunt in typical MTM fashion. While the MTM version of the Audi S5 is no dual-engined 390km/h monster like the MTM bimoto TT, the S5 does have some extra tricks up its sleeve thanks to some forced-induction modifications under the hood.

The stock S5 gets a 4.2L V8, and MTM bolts a supercharger and intercooler onto this to give it some hair-raising performance figures – 0-60mph in 4.3 seconds and a top speed of 186 mph. Power in the MTM S5 is a Lamborghini-Gallardo-matching 505hp, up 149 horses from the stock version's rather tame 354hp. Torque is boosted to 403Nm.

If that’s not enough, MTM also offers a high-flow exhaust system, coilover suspension, 381mm brakes and 21in wheels to give the car some extra handling prowess.