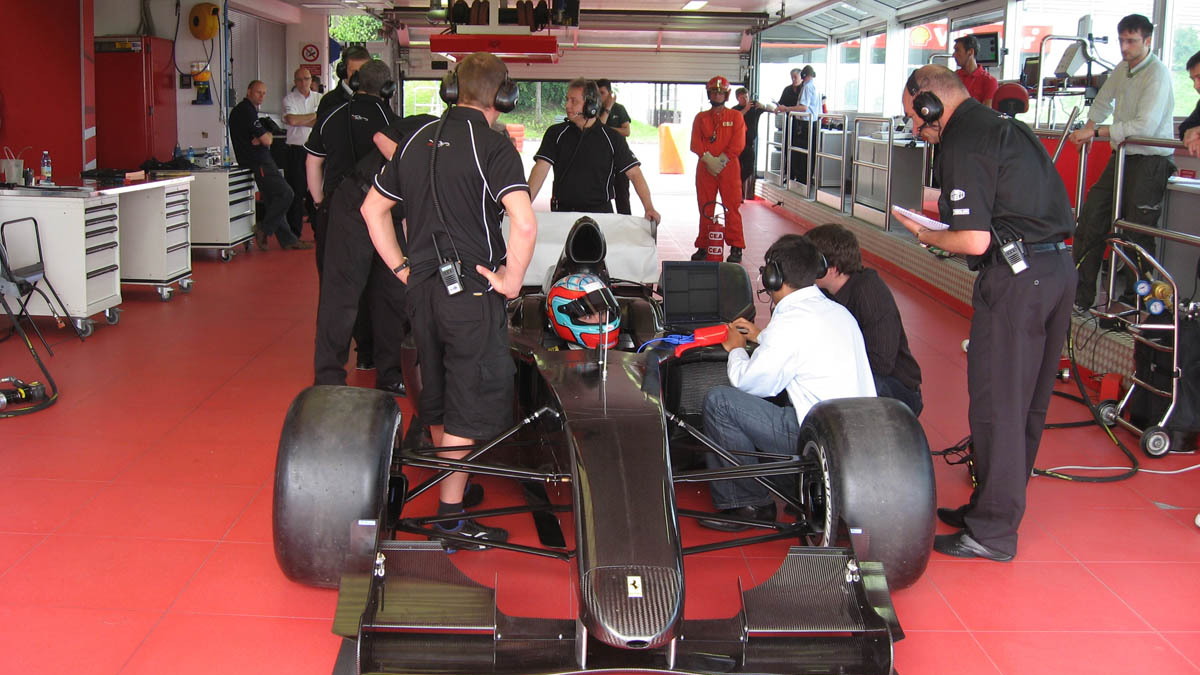 2
photos
Ferrari recently signed a deal with the A1GP to supply the series with its Maranello-built race engines and design consultancy services starting from next year's season through until 2014. The new A1GP car powered by Ferrari had its first 'shakedown' at Fiorano, the Ferrari test track in Italy. Numerous A1GP technicians and developers were present for the test, and according to A1GP all of them "were delighted with the shakedown results, which were very encouraging for a car that is running for the first time."

The A1GP team will soon begin a test program at Fiorano and at the Autodromo Enzo e Dino Ferrari in Imola in order to hone the new Ferrari-powered car for competition. Ferrari supplied the A1 GP with a 600hp V8 unit, and all A1 cars will be fitted with the same engine to ensure uniformity.

The chassis is based on the design of the highly successful F2004 chassis but with a number of modifications to meet A1GP regulations. The car's design, development and production are being overseen by A1GP Technical Director John Travis, who was present at the Fiorano shakedown.

Ferrari will also supply engines for a new A2GP series, a new feeder competition that will provide regional exposure for young, prospective drivers who hope to eventually enter the A1 arena.