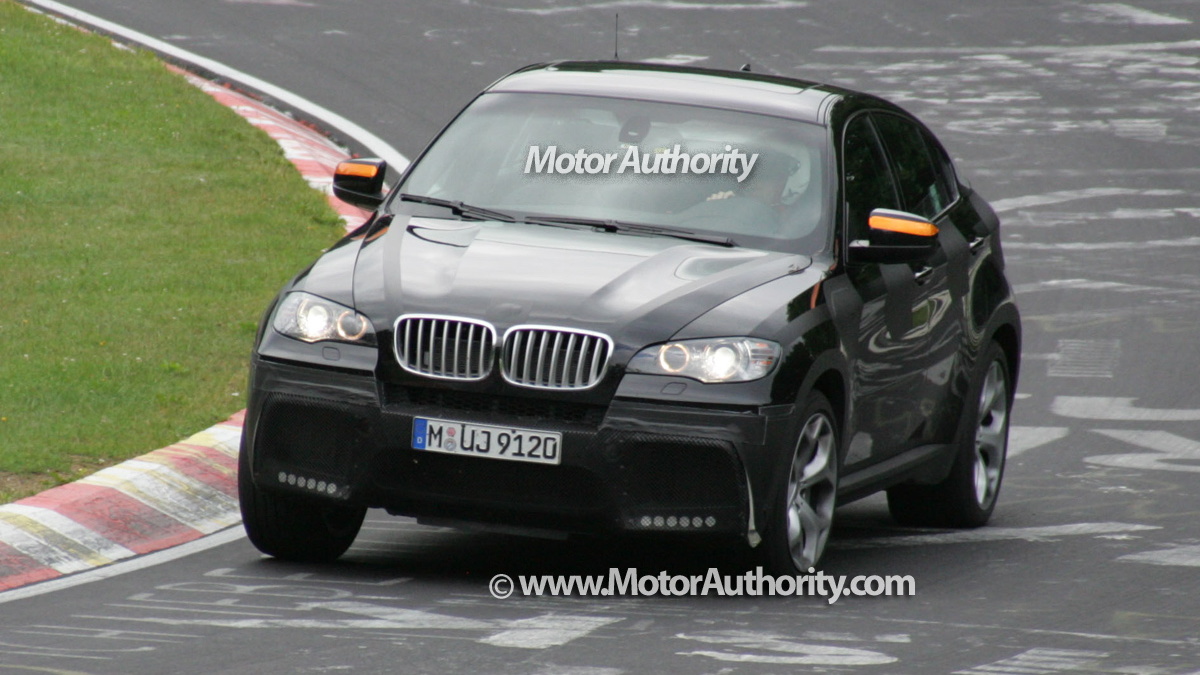 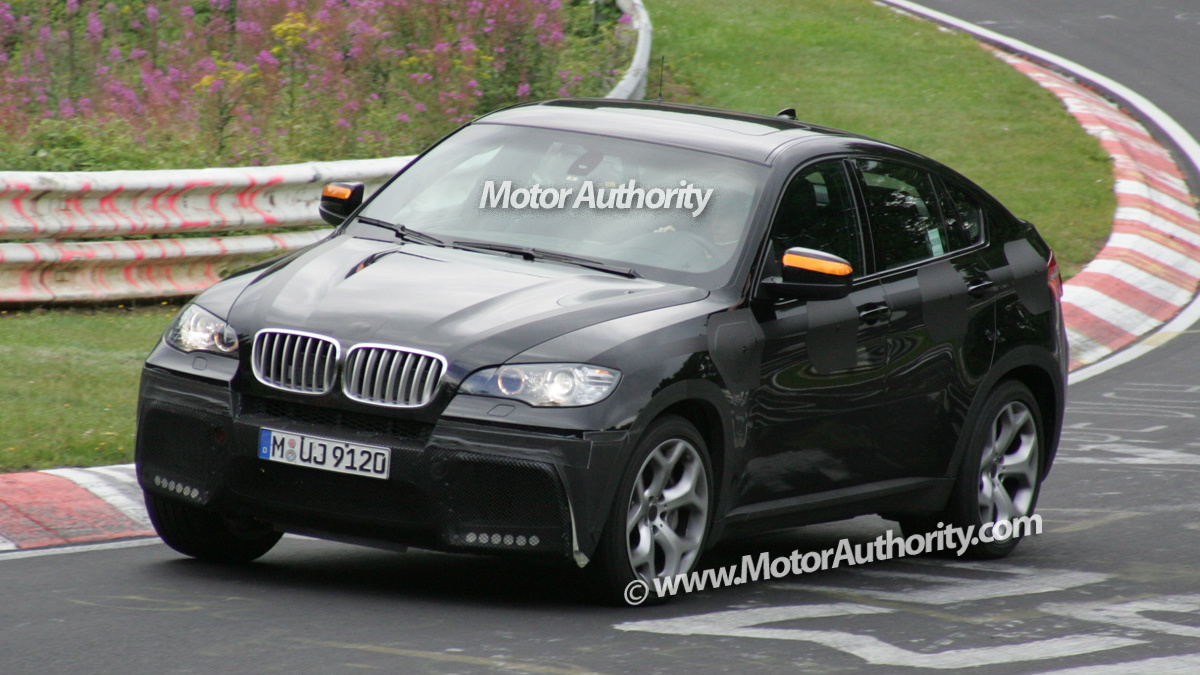 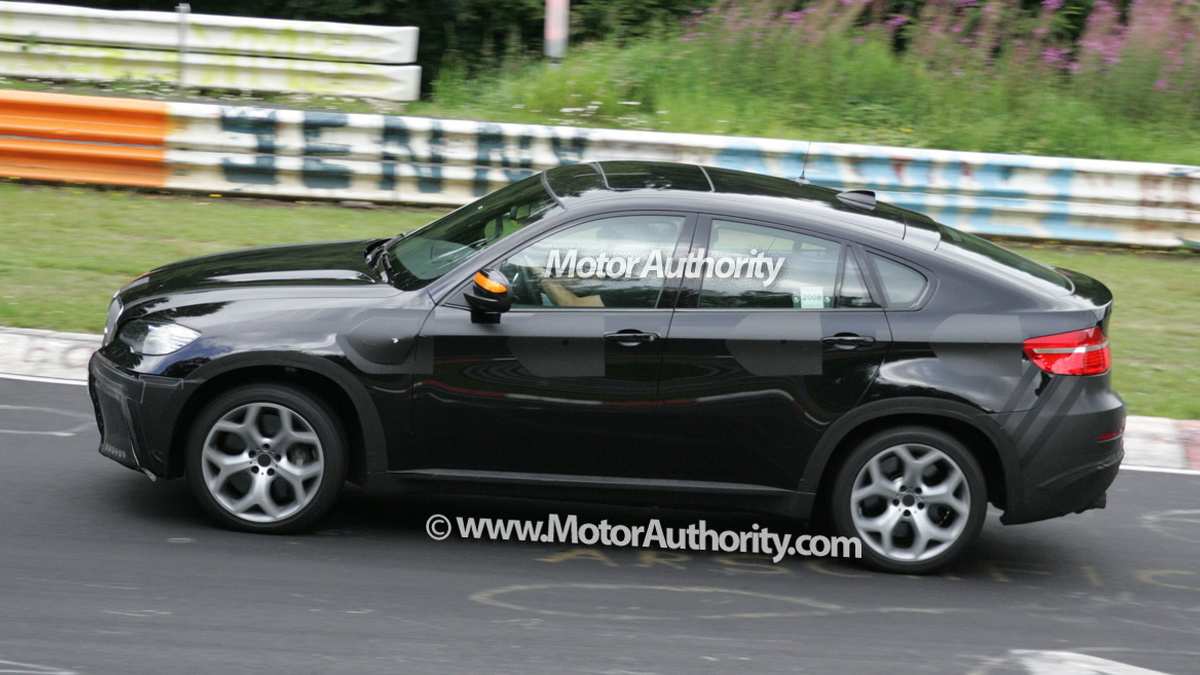 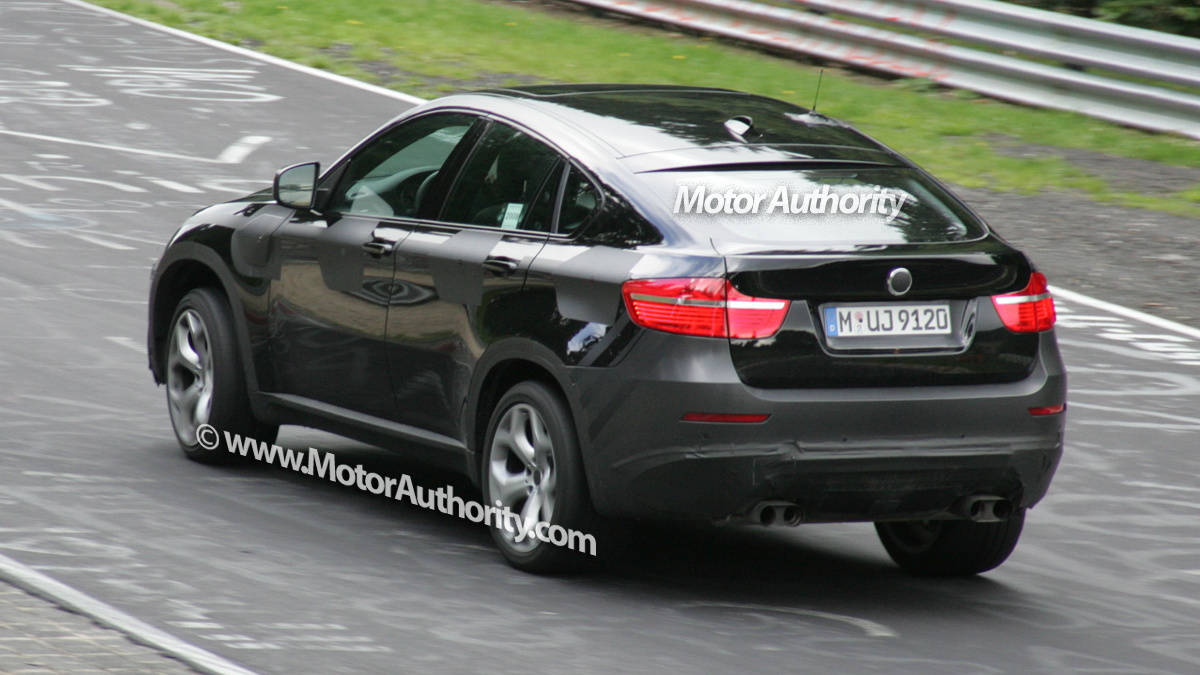 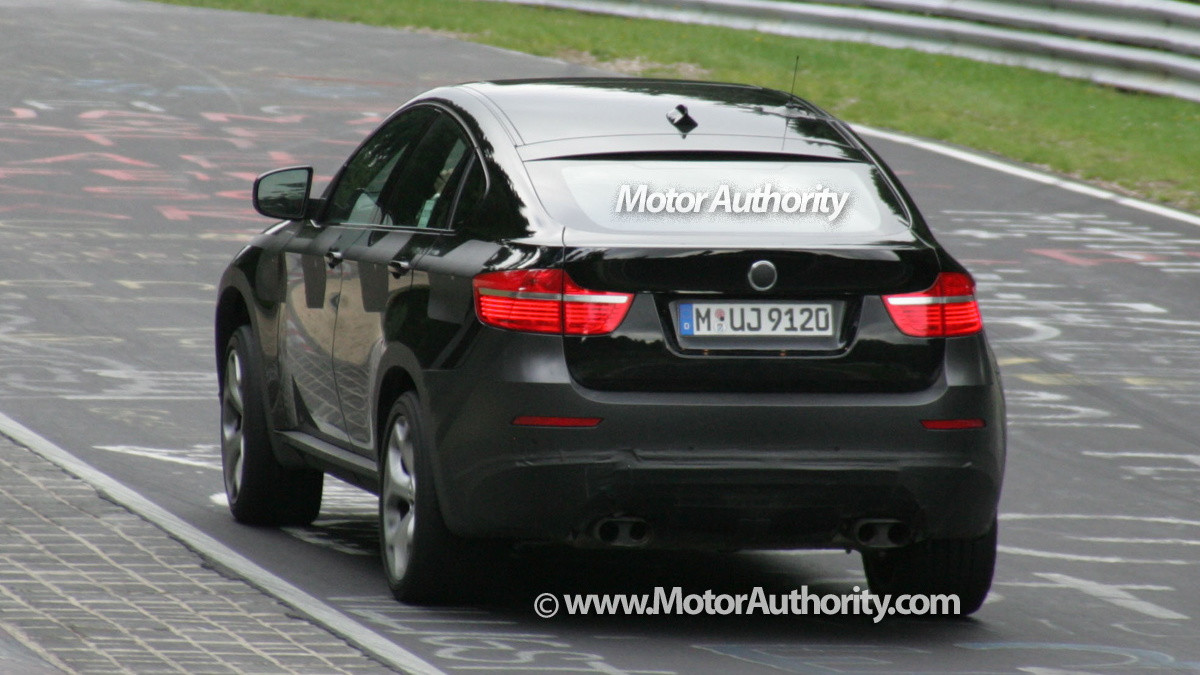 6
photos
Prototypes of a new X6 model with a unique front bumper, featuring the aggressive styling of BMW’s M cars, were spotted testing at the Nurburging recently. Initially, these prototypes were thought to be running the same twin-turbo 4.4L V8 engine as the standard xDrive50i models but with extra boost, however latest reports indicate that test vehicles could be featuring a advanced hybrid system designed under BMW’s F1 program.

The hybrid system is based on the new Kinetic Energy Recycling System (KERS) developed for Formula One that works on the principle of brake-energy-regeneration. The KERS is basically an efficient CVT gearbox joined to a flywheel that rotates when the cars undergo braking. The stored energy can then be used to boost acceleration for overtaking and cornering. BMW's F1 team, however, has decided to use an all-electric solution rather than the KERS unit. Either route is allowed under the new rules.

Going to the kinetic system for extra power could be a necessary step for its passenger cars, however, if BMW is going to deliver both the performance and the efficiency it wants. Current conventional hybrid systems simply can't deliver both - they either meet power requirements and only minimally improve efficiency, or vice versa. The calculus is especially true on the large X6. Whether BMW has any plans to include the high-tech system on other models remains unknown.

On the other hand, developments made in extracting maximum power from a minimum of space and weight with the F1 electric-hybrid system could eventually find their way into the company's road-going cars, though the cost is likely to be prohibitive for the near-term.

Ferrari president Luca Cordero di Montezemolo recently confirmed that the Italian supercar manufacturer was also working on a similar system for its production cars, however its first systems aren’t expected to arrive until 2015. BMW’s version, meanwhile, could appear in the next couple of years or so.