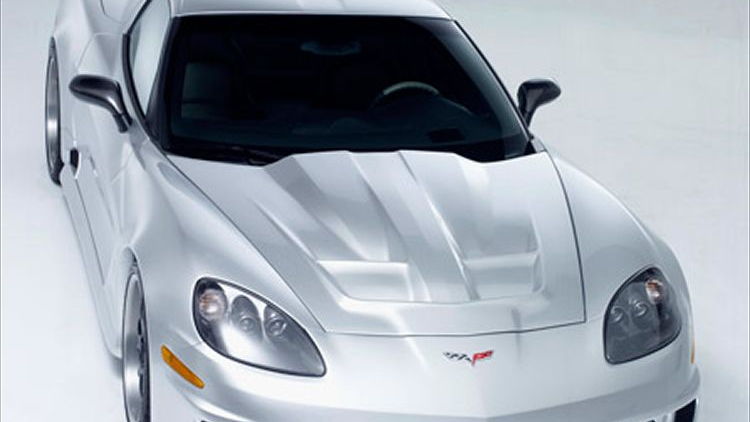 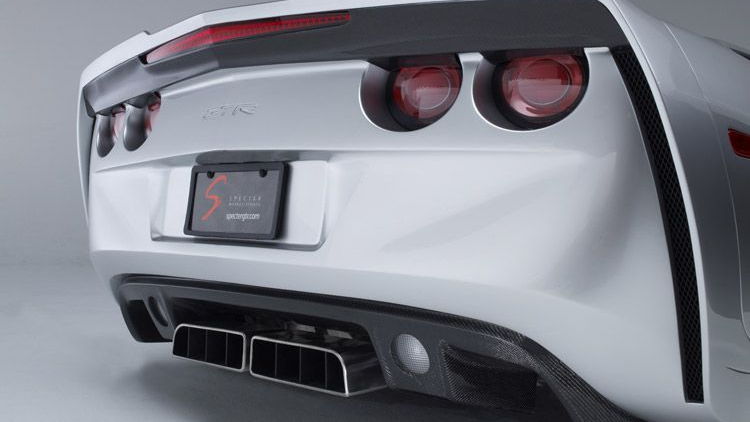 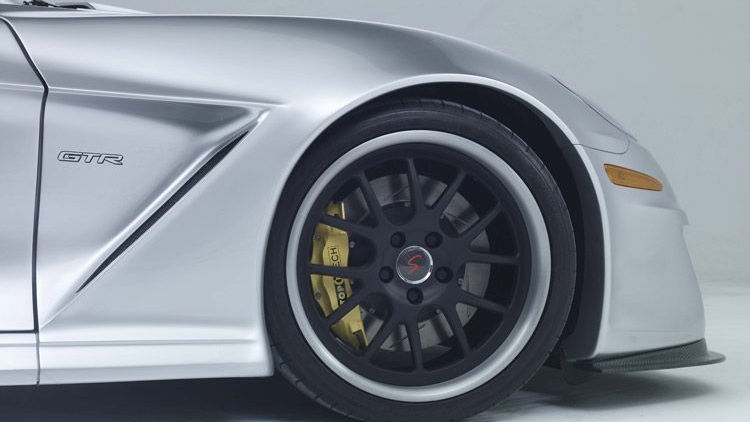 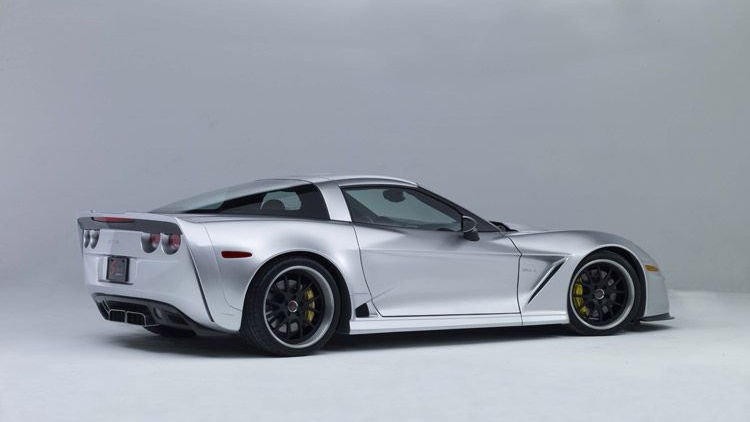 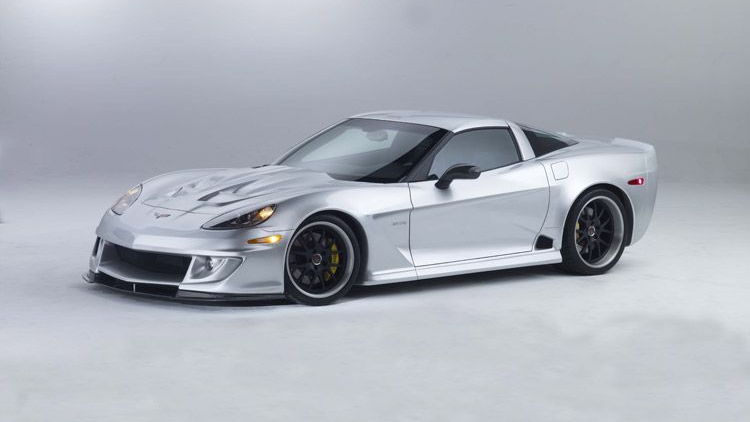 6
photos
Almost a year after the C6-based Corvette GTR from Specter Werkes was first unveiled the Michigan-based performance house has released an updated version of the modified supercar that is on sale now. A unique and flamboyant interpretation of the Corvette's basic shape, the Specter Werkes GTR mixes custom bodywork with a distinctly American take on supercar muscle.

The company says many levels of engine tune will be available, but this package is based on a stroked LS3 that sees displacement lifted from 6.2L to 6.8L. The vehicle is also fitted with a Corsa exhaust and gets full widebody treatment, with broadened suspension and a wider covering.

Special Forgeline VR3P wheels, measuring 19in up front and 20in in the rear provide ample room for the huge 285/30ZR19 front and 335/25ZR20 rear Michelin Pilot Sport 2 Zero Press tires. Stop Tech 15in slotted brake discs and six pistons up front mate with 14in and four piston calipers in the rear for abundant stopping power, lap after lap. The car is painted in BASF liquid silver color (the same used on Mercedes Benz AMG models), while the interior gets GTR-standard embroidered seats and Spinneybeck leather trim details. Like the last version, the Corvette GTR upgrade carries a base price of $34,995, with more custom work available for a premium.

All GTRs are custom-built to order and carry documentation and identification to that effect. Importantly, the upgrades are available across the Corvette range, including the base Coupe, new Grand Sport, Z06 and even the ZR1.