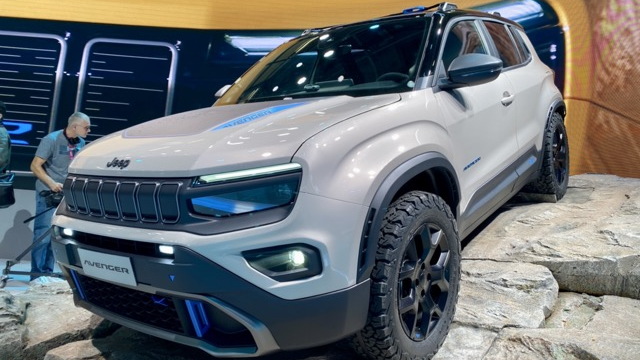 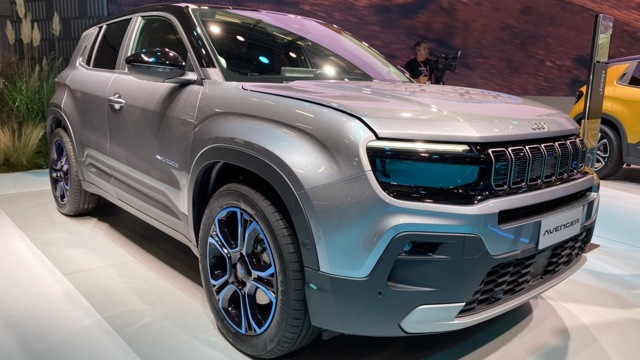 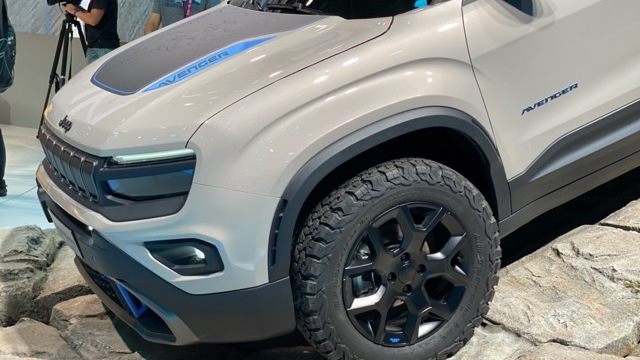 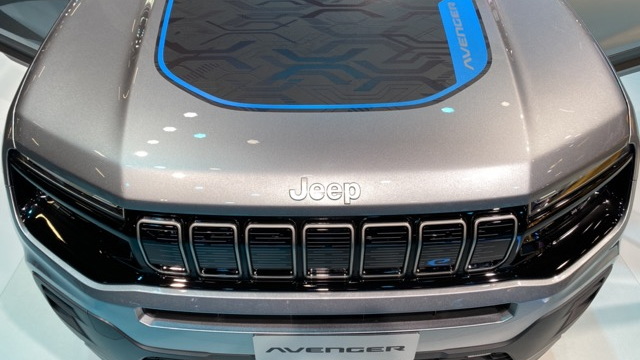 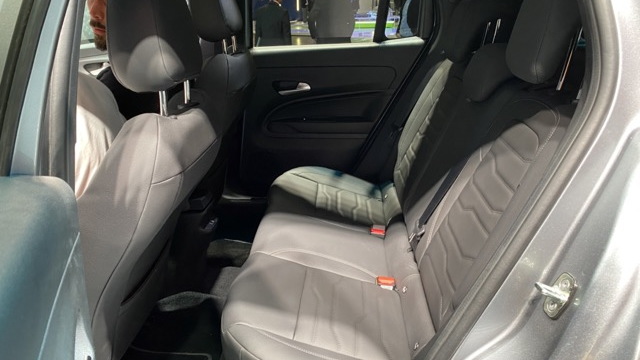 Jeep used this week's 2022 Paris auto show to debut its first production-bound electric vehicle in the form of the Avenger subcompact crossover.

While it looks like a proper Jeep, the Avenger only drives its front wheels, meaning it wouldn't get very far when heading off the road.

However, Jeep has imagined what a more capable Avenger might be like with the Avenger 4x4 concept that was also unveiled in Paris, and said a production version is coming.

“Here in Paris, we have shown that we have a full portfolio of new all-electric 4x4 capable Jeep models just around the corner,” Christian Meunier, Jeep's CEO, said at the reveal.

In addition to a four-wheel-drive system, likely formed by an electric motor at each axle, the Avenger 4x4 concept is fitted with pumped-up fenders, a widened track, chunky off-road tires, increased ground clearance, and tow hooks. Additional underbody protection has also been fitted, along with a lightweight cargo system on the roof.

Jeep hasn't said when a production Avenger 4x4 will arrive. Jeep also hasn't confirmed the regular Avenger for U.S. sale, so it's likely any 4x4 version will also skip this market.

The Avenger at present is limited to Europe and some Asian markets. It starts sales in early 2023 and will initially come with 156 hp from a single electric motor up front. The motor will draw its energy from a 54-kwh battery that Jeep estimates will deliver a range of more than 200 miles.